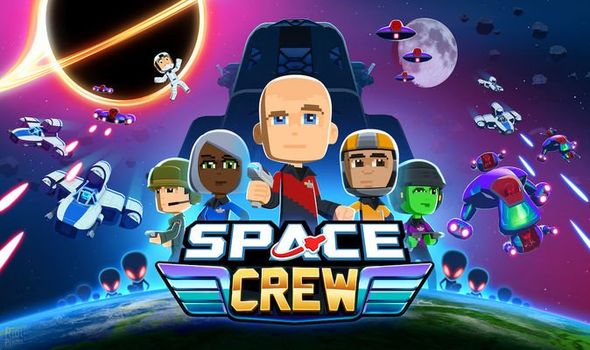 Space Crew is the Star Trek fan’s ideal video game. Players are inducted into a space corps to carry out a collection of missions for the good of mankind. While a short tutorial details how to play the game, many of the finer details will only be discovered after hours of play.

First and foremost, players will be introduced to their crew. Players control the crew directly, and must keep their ship – the Solar Justice – intact.

Each member of the team has a specific task, and it’s your job to ensure they do it properly.

But, much like XCOM, these crew members can be killed off permanently, forcing players to employ new characters, who invariably start all the way back at level one.

Space Crew manages to not only invoke pieces of XCOM, but also of FTL: Faster Than Light.

In the midst of space travel players will be juggling their ship’s systems, pushing power from engines to shields, or gravity to guns, in order to stay on top of their current mission.

These small tasks are simple enough that when a number of things go wrong it’s stressful, but also exciting.

A small fire in the cockpit can quickly get out of hand, while a failing engine could prevent a quick escape when enemy forces overwhelm.

Thankfully, the crew are quick and efficient enough that players will learn how to flip between their characters swiftly and solve any problems that may arise.

Perhaps the most important member of the team is the pilot. The pilot sits at the helm of the ship and makes steers the ship, charges it for jumping through hyperspace, and manoeuvres the vessel in space battles.

While players don’t directly control the direction of the ship, it is enjoyable pointing towards an objective and letting the ship go at light speed. This does get a little frustrating when space battles emerge, however.

Players engage against foes by tagging them with a lock-on system, and letting the AI shoot enemies down.

But small fighter ships fly loops around players’ Goliath of a vessel, making it difficult for the players’ AI to shoot them down.

Because of this, players will often get into a situation where their ship becomes stationary in space, whilst the AI flounder, attempting to fight off the enemies attacking them.

This can be mitigated a little with the Pilot’s special abilities, which allow them to manoeuvre in an offensive or defensive manner. But, when there are a multitude of enemies, the AI doesn’t seem to know what to do with itself.

Star Trek and Deep Space Nine fans will absolutely fall in love with this glorious homage to the space-opera.

Gameplay is excellent, and – although it can be a bit frustrating from time to time – this does add to its charm. Not everything can be under control at all times, and venturing from one space outpost to another will inevitably be filled with drama and destruction.

Levelling up the ship and crew are a necessity, but not a huge amount of customisation is offered until later on in the game. Despite this, the customisation of the crew and the ship are enjoyable, and manage to evoke a sense of wonder and defeat when players lose their favourite crew member, or their newly-built ship.