Spellbreak throws you headfirst into a fantasy world of chaotic magic with little in the way of explanations. Between spells, scrolls, classes, gauntlets, and more, there is a lot to experiment with. If you want to know the best class and gauntlets for beginners, this guide will help you get your bearings.

Casting elemental magic is the bread and butter of combat in Spellbreak, but the game is far deeper than just hurling fireballs or lighting bolts at each other. The game lets you pick between six classes, and each one plays very differently from the others. That amount of variety and choice is great, but when you’re just learning the game it can make it difficult, and time consuming, to find the one that matches your play style. Here’s a fantastic starting class to pick, plus which secondary gauntlet you should pair it with to help you get that first victory.

Best Beginner Class And Gauntlet To Choose In Spellbreak

Because Spellbreak has only been released for a short time and is subject to balance adjustments, the meta is bound to shift. However, the foundations of this guide should remain applicable as a way to get you started in Spellbreak until you can decide how you want to evolve your gameplay. 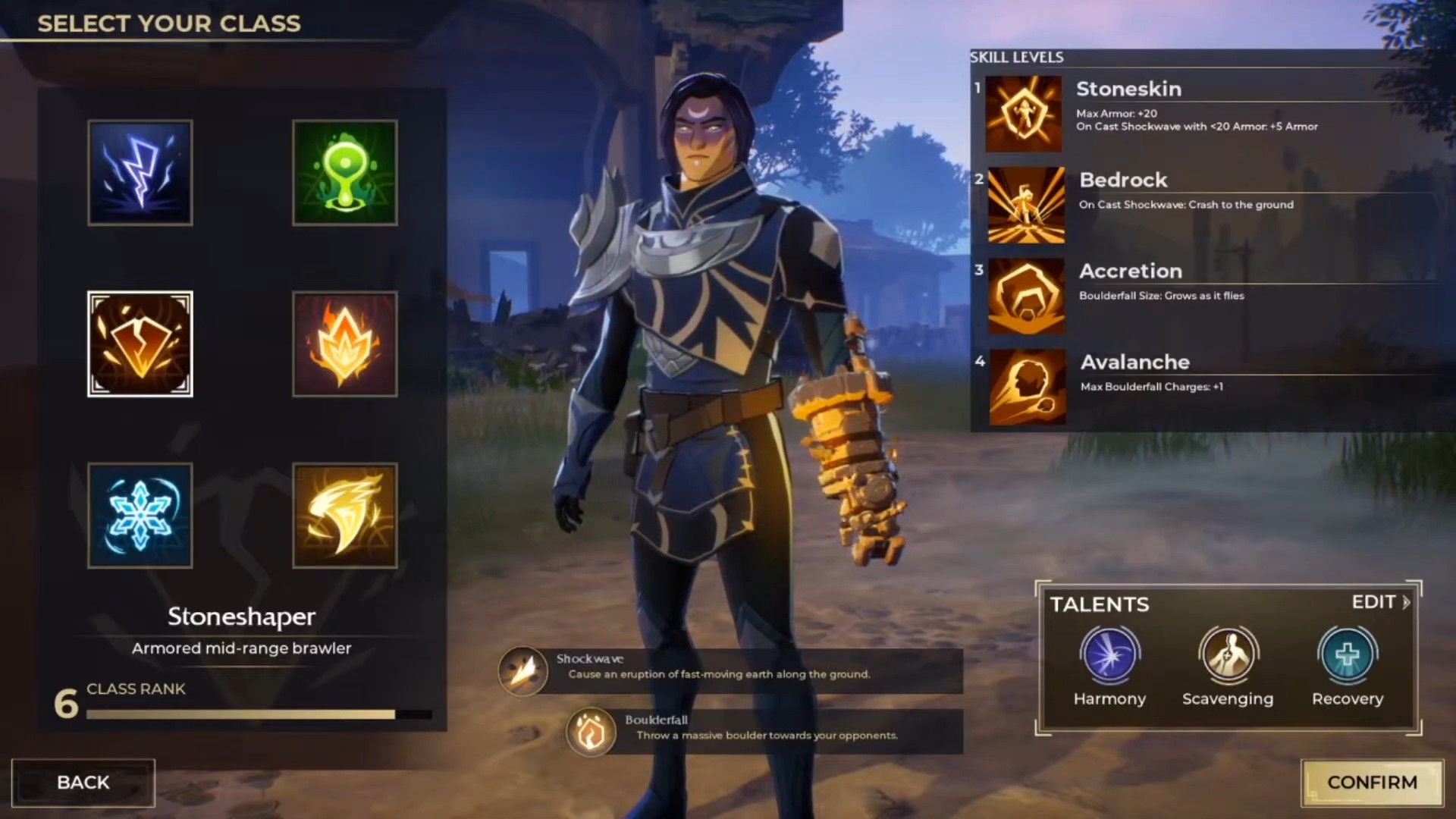 If you’re just starting out and have no idea where to even start when looking over the six class options, pick the Stoneshaper. This class, as you could guess based on the name, is focused on Earth-based magic, and comes with easy to understand abilities. It allows you to stay aggressive thanks to starting with higher max armor and not having to worry about your mana pool too much.

As a Stoneshaper your primary attack is Shockwave, which will send out a medium ranged line of damage ahead of your character. It’s easy to aim, can hit multiple enemies at once, but perhaps best of all is it regenerates armor if you have less than 20 when you use it. This allows you to stay in the fight longer by continually building up armor while still dishing out damage. 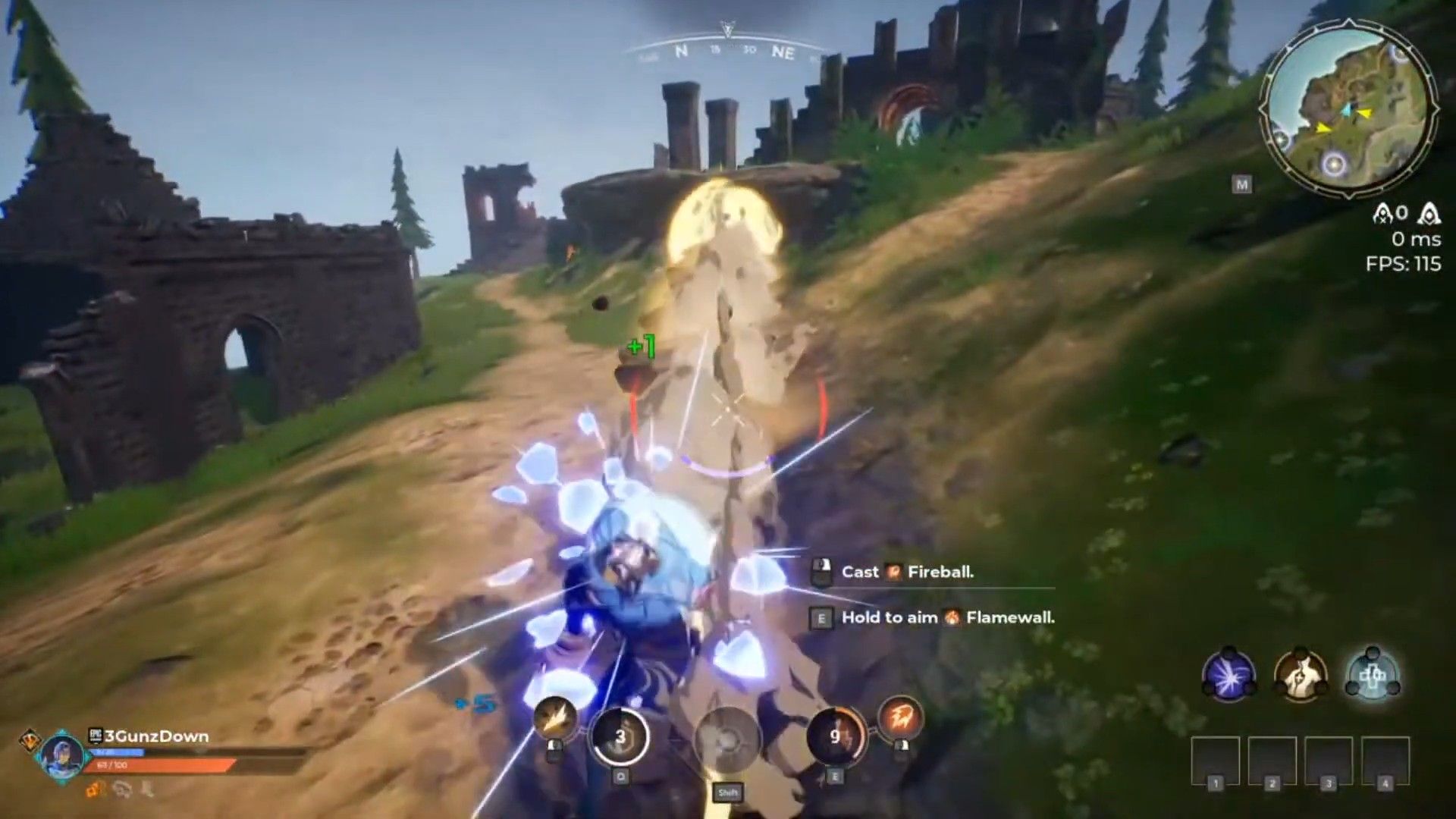 Your Sorcery attack is Boulderfall. This attack hurls a massive chunk of Earth at your targeted location, which is a nice complement to Shockwave which is purely ground based. 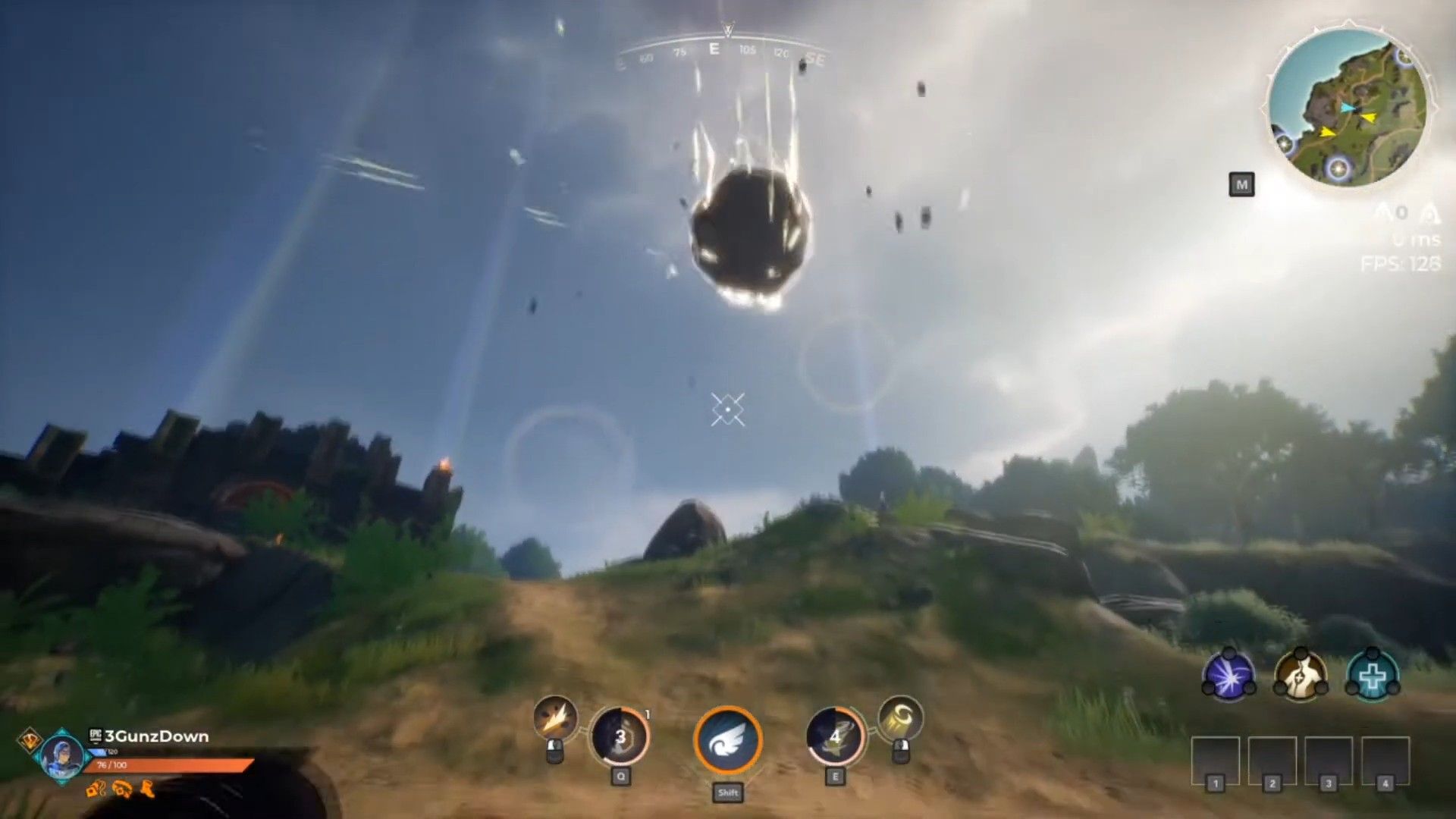 What you need to watch out for as a Stoneshaper are ranged and aerial foes. You do best up close and personal, so try to close the distance on any enemy you encounter. 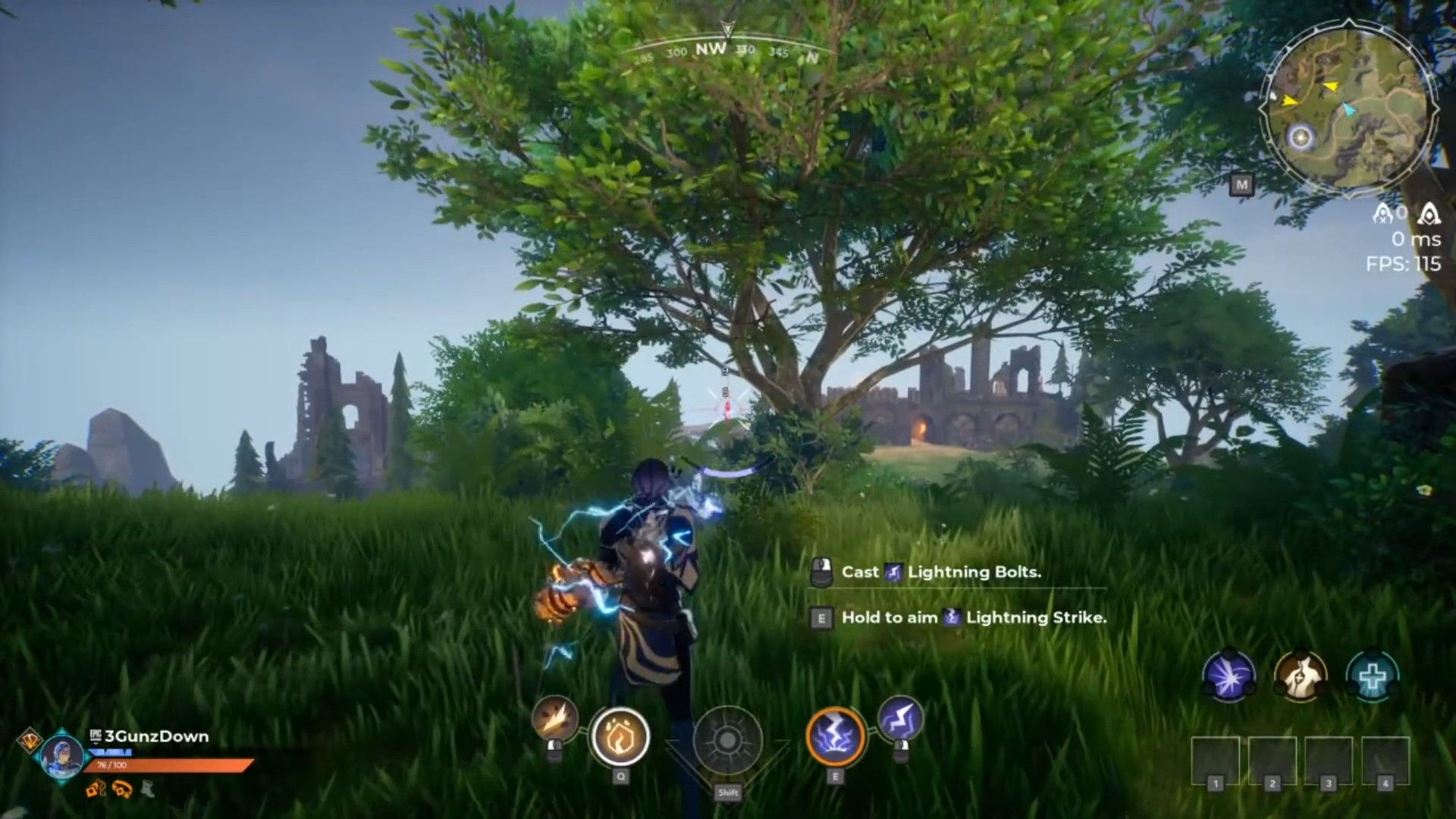 The secondary gauntlet is you chance to add something to cover your classes weaknesses, which we already pointed out were ranged and airborne enemies. Your best choices for this would either be the Lightning or Frost gauntlets. Lighting comes with low damage but rapid and accurate Lightning Bolts, and Lightning Strike which is perfect for pesky fliers. 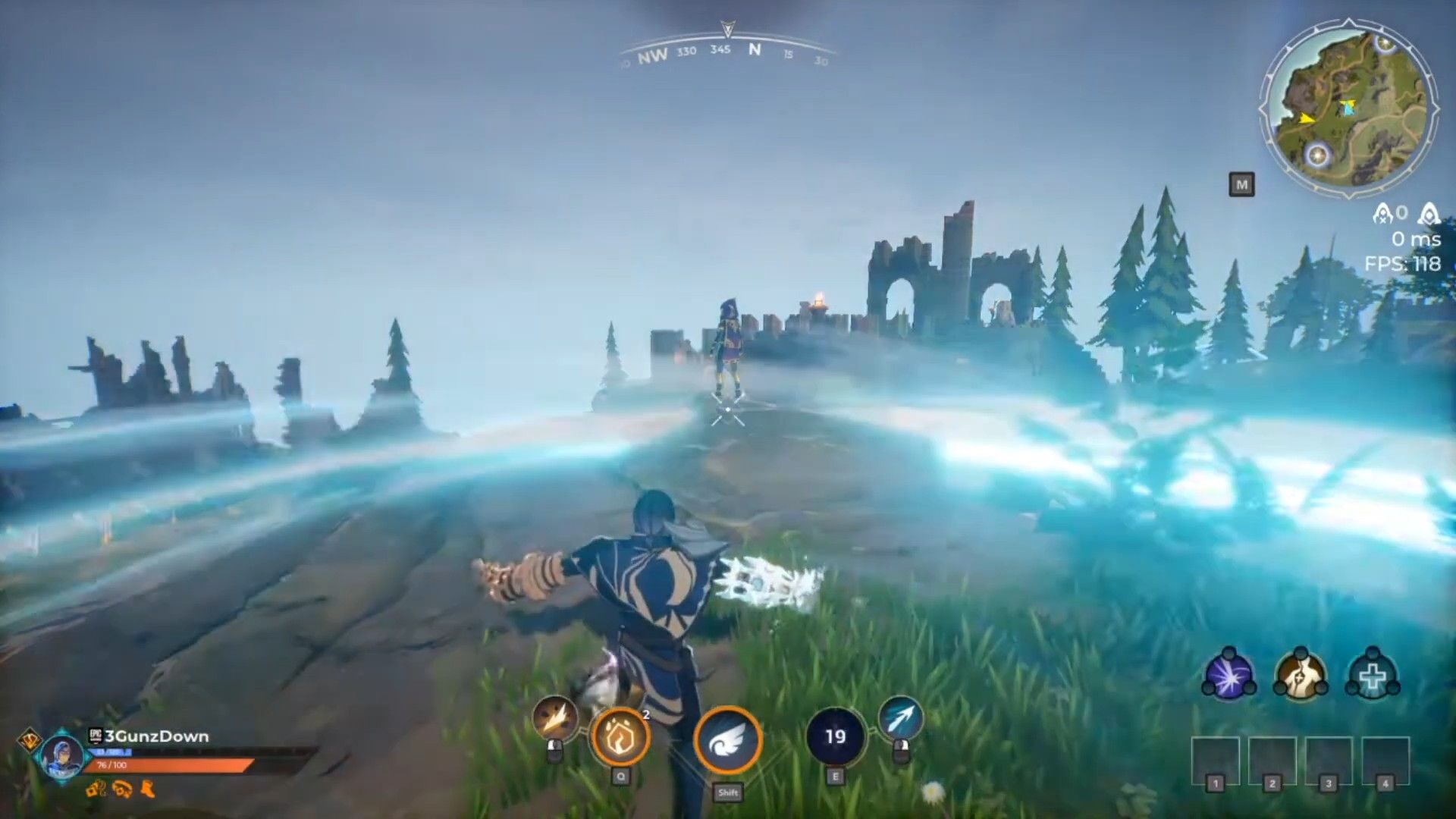 Frost will give you Ice Lance, a slow-to-fire but incredibly powerful shot that can hit far off targets if your aim is good. Flash Freeze, the frost gauntlet’s sorcery, is an AOE that can slow and freeze any enemy caught in it and allow you to more easily slam them with your powerful Stoneshaper spells.

Whichever you pick, this will give you a great starting point to learn the more intricate details of Spellbreak and give you a knowledge base to grow off of as you become more comfortable with the game.