Death. Corporate betrayal. Environmentalism. Capitalism. Racism and segregation. Colonialism. These probably aren’t words you’d typically associate with Nintendo’s big kid-friendly third-person shooter, Splatoon. See also: the occasional use of the word “fuck”. However, if you aren’t approaching Splatoon like you’re about to open up a creepypasta with your favourite cartoon, then you haven’t been paying enough attention.

Let’s start off with the big one – we all canonically died in the Splatoon universe. In the first game, one of the Sunken Scrolls, collectibles you can find that give a bit of lore and history on how the world of Splatoon works, shows a skeleton deep underground along with a Wii U and gamepad (that little joke went well, huh Nintendo?), with text saying ‘a 12,000-year-old fossil of a creature with an odd internal skeleton’. Christ Nintendo, keep it subtle. 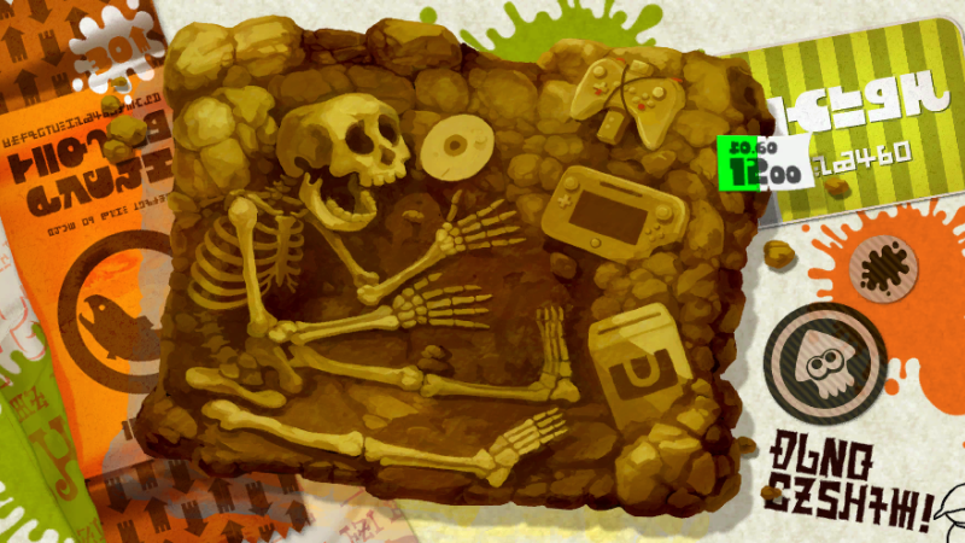 That’s not the only reference made to humans being dead either, as Marie and Callie will occasionally chat about finding human bones in their backyard and how common of an occurrence that is. It’s not just an implication, it’s outright part of the lore that we all died long ago and that Inklings rose up from our graves. That’s pretty metal, and probably explains why Inklings and Octolings look like kids, but I digress.

And how exactly did we die? Well, another key theme of Splatoon is environmentalism, ladies and gentleman, and how royally we’re fucking it up. Another lore drop from the first game says ‘with creatures of the surface driven to extinction by rising sea levels’, something that can even be seen in Splatoon 3 with an upturned Eiffel Tower that’s somehow in the desert. It also explains why the only creatures seen in the game are aquatic, and yet don’t swim.

But what about Judd and Li’l Judd, two very mammalian cats that are pretty prominent characters in Splatoon? As it turns out Judd is a cat who was cryogenically preserved by his owner as humanity, you know, died, and Li’l Judd is his clone (not his son), further proving that we’re all dead, the Earth is dead, and cloned cats are the only thing remaining of our culture. Don’t even get me started on the genocidal telephone.

Those two bastards bring me to our next point – capitalism and corporate betrayal, an ironic subject for a boy with a Splatoon hat to bring up. Not only is Li’l Judd a clone of Judd who was created accidentally by a cleaning lady of sorts, but he canonically wants to stab him in the back and take over as the leading judge. How can all that be gleaned from his entirely cat-noise based dialogue? Go read the art book and check out what it calls Li’l Judd’s ’in-fur-ieroity complex’. Judd also apparently has no relationship with Li’l Judd, so don’t go thinking they’ve got some deep bond – he literally could not give a shit about him. 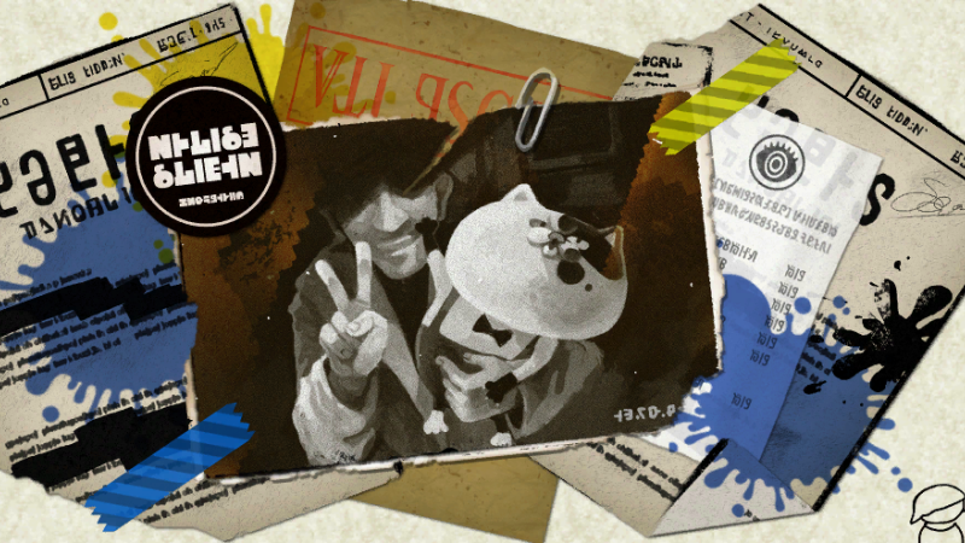 Judd and Li’l Judd might not be involved in capitalism, unless their judging job is raking the money in, but every other character you meet in Splatoon is obsessed with selling you things. Clothes, weapons, food, it’s all here for you to buy and it’s pretty much the only thing that Inklings seem to do – besides killing each other to decide if ketchup is better than mustard. Their obsessions with trends and war is a key character trait for them that definitely doesn’t seem familiar to us humans, no not one bit.

Speaking of things familiar to humans, Splatoon also explores the themes of racism and segregation quite a lot for a game with ‘7+’ on the box. Not only are the Octolings treated as villains in the games until the Octo Expansion in Splatoon 2 but they’re also kept underground and treated as lesser life forms by the Inklings. Top it all off with a casual race war for the first anniversary Splatfest, Inklings vs. Octolings, and it all gets very heavy very quickly. I guess it’s better than the final Splatfest that had players choosing between Order or Chaos, which resulted in the world turning into a post-apocalyptic state.

The sad part is that all of these examples really are just scratching the surface for how dark Splatoon can get. I’ve not even mentioned all of the Octolings that canonically died in the Octo Expansion or the incredibly creepy sounds that play during boss fights. This game oozes horror, and it’s not even that hidden once you start paying attention. 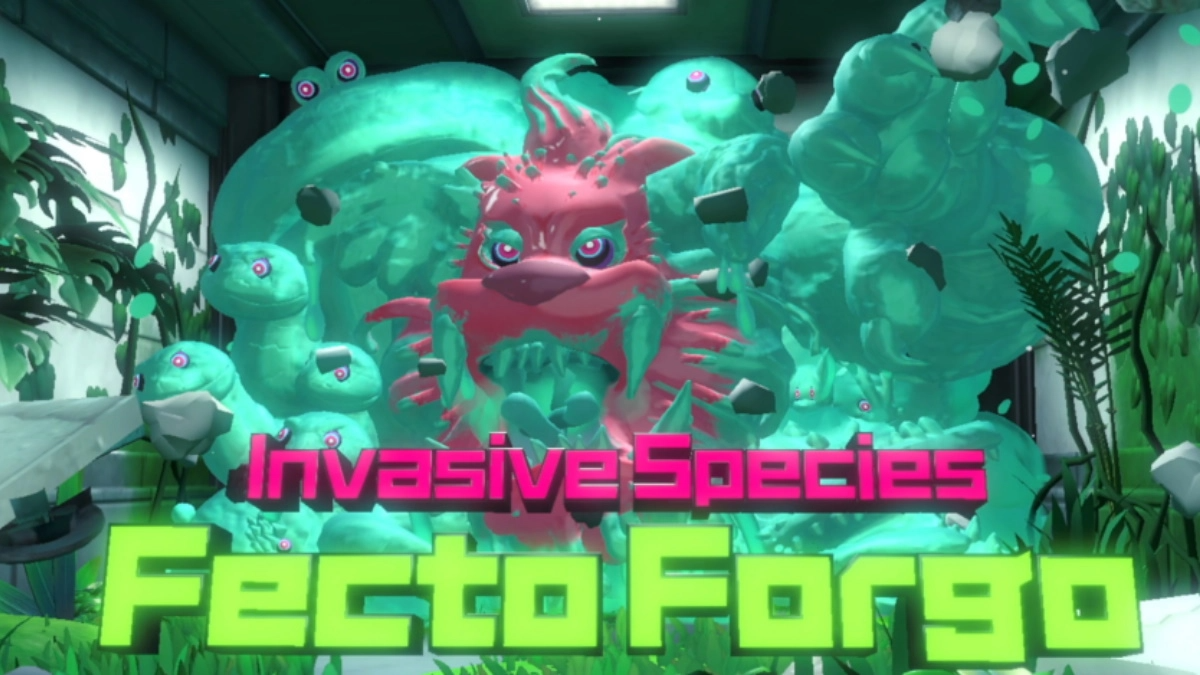 It’s these hidden glimpses of something much darker that I love so much about Splatoon, and it’s something that it shares in common with Kirby, although Splatoon’s subtlety makes it much more effective. Whereas Kirby always chucks an eldritch horror at you as the final boss and occasionally hints at something deeper happening, like the ‘forgotten land’ that might as well be our own, Splatoon’s lore and creep-factor almost entirely passes most players by.

If you don’t sit there and think about the fact that the Octolings were enslaved by another species and treated as war enemies by the Inklings, or take the time to dive into the Sunken Scrolls or art book to find out that Judd is a little shit, you might never realise how much is going on behind the scenes. Now that you know, Splatoon will never be the same for you ever again. Sorry about that.