Purple Lamp Studios is well aware that there exists a sizable audience of SpongeBob fans who will eat up nostalgia, so that’s exactly what it’s delivering with The Cosmic Shake. During a hands-off preview at Gamescom, THQ Nordic gave us a look at a level from the upcoming licensed platformer, and it’s exactly what older fans have been waiting for since Battle for Bikini Bottom first launched in 2003 – for better or worse.

The Cosmic Shake is somehow even more of a 2000s’ 3D platformer than Purple Lamp’s last outing, Battle for Bikini Bottom Rehydrated, an actual ‘00s platformer remastered for modern platforms. Gameplay takes a backseat here, and is instead used as a vehicle to pump in a bunch of references and jokes from the show. Like when SpongeBob glides down from a platform, he whips out the pizza box from season one’s ‘Pizza Delivery’. And if you leave SpongeBob idle for more than a second, he breaks out into an animation from the show – usually a meme that millenials and zoomers will be keenly familiar with.

In this sense, one of the best additions is all the outfits SpongeBob can run around in. We’re told there are at least 30 to unlock, and they’re chock full of deep cuts from older episodes. From the look we got, I spotted SpongeBob’s first day of spring gear, his Krusty Krab uniform, a rainbow ‘imagination’ recolour, and my personal favourite, that maid outfit Squidward made him wear in ‘Can You Spare A Dime?’ These skins don’t change any stats, and are purely cosmetic; an intentional design choice, which once again prioritizes jokes over gameplay. But that doesn’t mean the moment-to-moment action isn’t fun, it’s just something that fans of licensed platformers will know and love. Or in some cases, tolerate for the nostalgia. 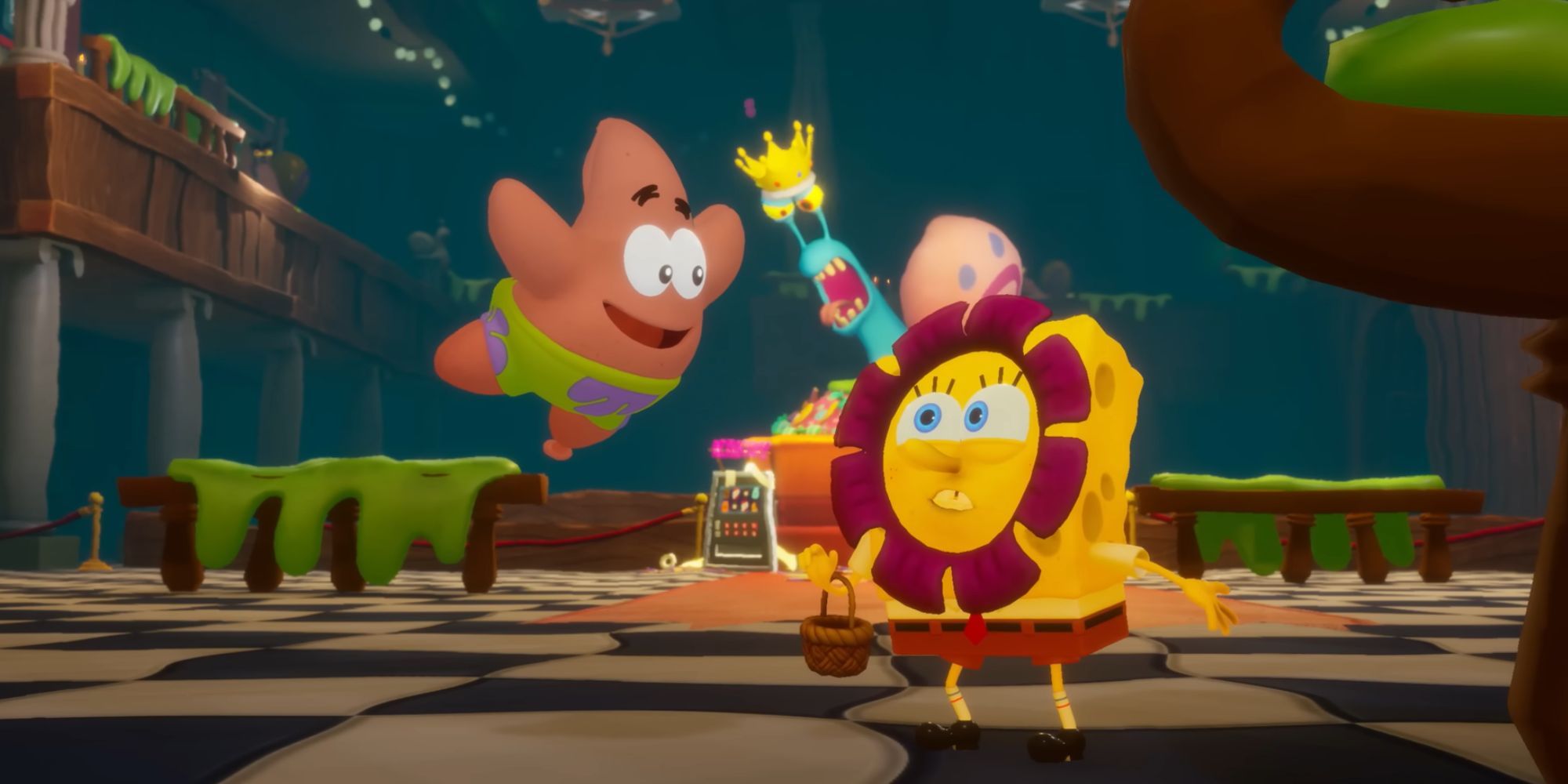 This all might sound cynical, but it’s now been several hours since we sat down and saw the game being played. At that moment, my face actually ached from laughing, just like it did when I played BFBB as a kid. Sure, it might be missing the level of exploration and variety we’ve come to expect from the genre, but the devs aren’t trying to compete with them. In fact, when asked about what games they did take inspiration from, lead designer Daniela Etzinger mentions she’s a fan of Super Mario Odyssey, but that the team is largely just drawing influence from the BFBB fanbase.

No, the gameplay is hardly what Purple Lamp is doubling down on (even if there are the odd new surprises, such as a new bubble attack) – it’s the charm. This time, we have the full voice cast from the show – yes, even Clancy Brown – as well as the original writers. The cutscenes are also far better and much more expressive this time around, which paired with the authentic dialogue, makes you feel like you’re running around in one of the classic episodes. This is why the levels are more linear, as Purple Lamp wants to keep the structure of the show in each of the game’s seven ‘wish world’ levels intact. 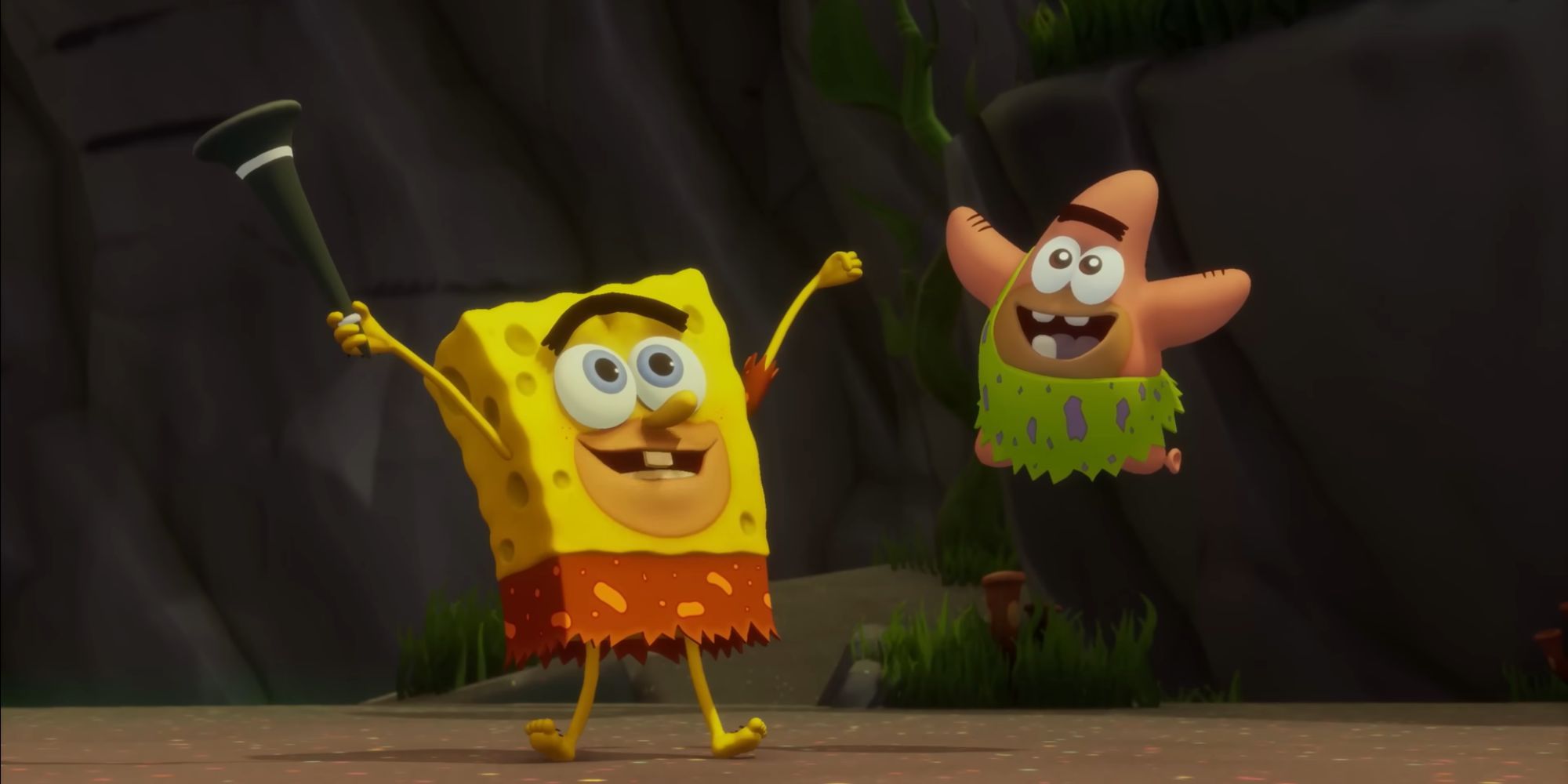 At its core, The Cosmic Shake is a beautiful tribute to the late, great Stephen Hillenburg style of humour, and this is shaping up to be its best translation into gaming since BFBB. There are so many of us who had our entire sense of humour influenced by Hillenburg’s writing, and it looks like we’re going to have a blast with this new material.

But there’s still something missing. It still feels as if SpongeBob’s true potential in the platforming genre hasn’t been realized, as if he couldn’t stand right up there with Mario. With any luck, this short, eight-hour romp will be the start of something great for the franchise. SpongeBob is well overdue for a video game renaissance, and while The Cosmic Shake doesn’t push the boat out, it’s definitely laying the groundwork – and it’s definitely not sinking the ship anytime soon.