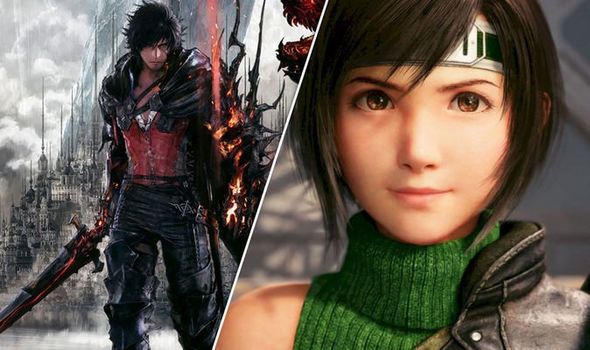 This week Tokyo Game Show (TGS) 2021 is taking place, and Square Enix is one of the big industry names heading to the iconic trade show. The Final Fantasy and Dragon Quest makers will be hosting its headline show for TGS this Friday, but will be broadcasting other streams that day and over the weekend. And in the run-up to TGS 2021 Square Enix has revealed its full stream schedule.

Other high-profile titles such as PS5 exclusive Forspoken and upcoming new Marvel game Guardians of the Galaxy are though.

But, from the looks of it, Final Fantasy 16 and Final Fantasy 7 Remake Part 2 won’t be making an appearance at TGS 2021 – unless Square Enix has some surprises in store for its Friday show.

This news may leave Final Fantasy fans feeling a bit shocked an update on Final Fantasy 16 had been expected to drop during 2021.

One place where an announcement on the PS5 exclusive could have been delivered was at E3 2021.

However, after Final Fantasy 16 skipped that June event it was thought the game would make an appearance at TGS instead.

With that looking out of the question now, it remains unclear when Square Enix will reveal more about the next mainline FF game.

One possible option is Square Enix may hold a standalone stream to reveal more on Final Fantasy 16, such as another Square Enix Presents broadcast, that will drop towards the end of the year.

Another option could be an update at The Game Awards 2021 in December.

But the most likely option could be an update on Final Fantasy 16 during the next big PS5 event.

Sony only just held a PS5 event in September that was packed full of announcements, such as the first look of God of War Ragnarok gameplay, the reveal of Marvel’s Spider-Man 2 and a teaser for a new Wolverine game also made by Insomniac.

However, Sony might not be stopping there – as rumour has it another big PS5 event could be planned for December.

It’s believed the PS5 makers could end 2021 with a bang by holding a show-stopping PlayStation Experience event.

And plenty of announcements could be planned for it, including news on PSVR2, the reveal of Astro Bot 2 and a WipeOut reboot as well as confirmation Sony is acquiring Housemarque.

We could also finally hear about the long-rumoured reboot of Silent Hill during this event and get the first look at the rumoured PS5 FromSoftware exclusive.

Seeing Final Fantasy 16 was unveiled at a previous PlayStation event, it would make sense that an update on the game would appear during another Sony stream.

And, from the sounds of it, the jam-packed December event sounds like the perfect high-profile place to reveal more on FF16.