Stalker 2: Heart of Chornobyl, perhaps unsurprisingly, wasn't shown during the recent Xbox & Bethesda Games showcase, but an official release slate released by Microsoft has confirmed that the game has been delayed into 2023.

Microsoft offered a glimpse of its upcoming releases for both PC and Xbox over the next year, including a brief mention of Stalker 2 from Kyiv-based studio GSC Game World. While the Ukrainian developers haven't officially announced the delay just yet, the anticipated sequel is now listed among the titles to release in the next 12 months, with a release year of "2023".

The studio was forced to pause development on the upcoming Stalker 2 in February, after Russia invaded Ukraine. Since then, the team reportedly moved development to Czech Republic and resumed production in late May. All things considered, it's hardly a surprise GSC Game World wasn't able to introduce another trailer for the project or announce the new launch date for the title. It's still unknown when fans will get their next look at the post-apocalyptic shooter set in a twisted version of Chornobyl Exclusion Zone. However, you can expect the game to land on Game Pass from day one. 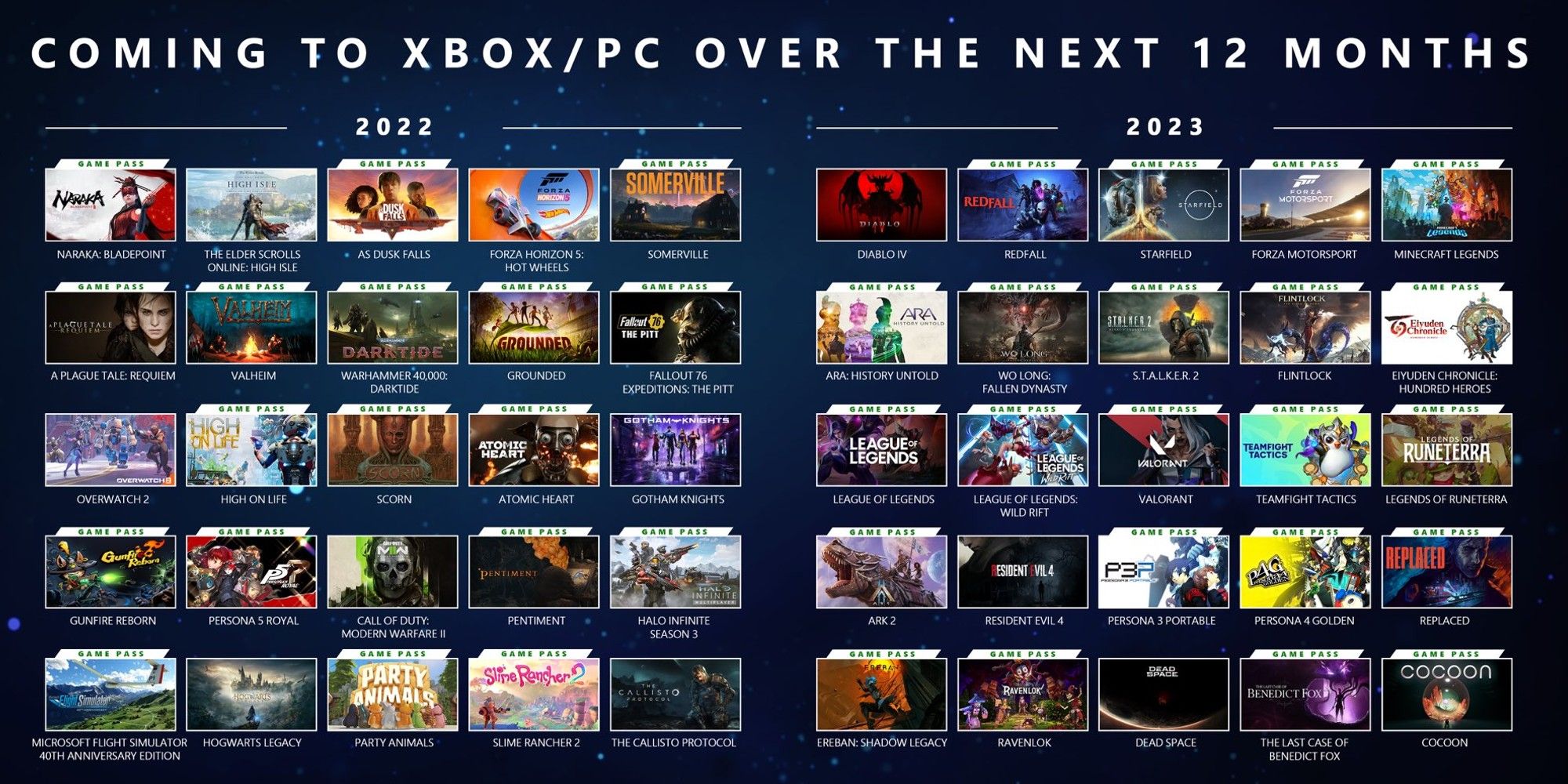 Stalker 2 isn't the only project that totally missed Microsoft's showcase, including some titles that are still on track to arrive in 2022. Atomic Heart is one of them, and is another game featured in the release roundup above. Last time we saw Mundfish's bizarre FPS was back in February, when the team confirmed the game will launch in "#######ber 2022." No updates have been provided since then, so Atomic Heart's launch date remains a mystery.

Of course, although there were a few games missing or delayed, there were tons of games showcased during the Xbox & Bethesda Games showcase. For example, one of the biggest reveals was the extended gameplay demo for Starfield, while similarly impressive was Forza Motorsport's return as one of the "most technically advanced" racing games ever made.