Tri-Ace don’t make a terrible Star Ocean game challenge. The studio has been failing this task for 13 years now, and part of me can’t believe the series is still going. But here we are, with Star Ocean: The Divine Force set to receive a worldwide release this October.

I've written about the potential mediocrity of this upcoming JRPG before, expressing worry about its generic anime character designs and archetypal approach to the genre that was struggling to paint anything other than a very forgetful picture.

I don’t take joy in being a party pooper here. I grew up with the Star Ocean series and with the reveal of each new game, my spark of hope was reignited as I found myself wishing the creators had learned their lessons and didn’t plan to release a creatively bankrupt piece of garbage. The Last Hope was okay when it launched for the Xbox 360 back in 2009, although was held back by awful characters and so-so storytelling, with its solid battle system not being quite strong enough to prop up the entire experience.

Integrity and Faithlessness was just bad. It was seemingly made on a shoestring budget and once again relied on rubbish characters and tired genre tropes that would have felt outdated 20 years ago, let alone in the modern era. Given the game was a commercial and critical flop and a new low point for the series, part of me expected it to fade into obscurity and never surface again. I’d accepted that loss, mourning a compelling concept that failed to deliver on its potential time and time again despite its simplicity. Final Fantasy in Space is a really cool idea, but apparently too complicated to make work without showing your ass.

Now, I don’t have a problem with JRPGs embracing tropes, and I often adore when such things are subverted and make up an adventure that we’ve never seen before while feeling oddly familiar. Final Fantasy and Persona are modern examples of that success, but Star Ocean plays it completely straight and suffers as a result. That hasn’t changed with Divine Force, as the latest trailer features a bland ensemble of characters seeking to protect a vulnerable female party member while also taking the fight to an omnipresent space federation. There are goodies, baddies, and those in the middle – and all of this seems rote, lacking in creativity, and like so many other games we’ve seen before. Bad ones at that. 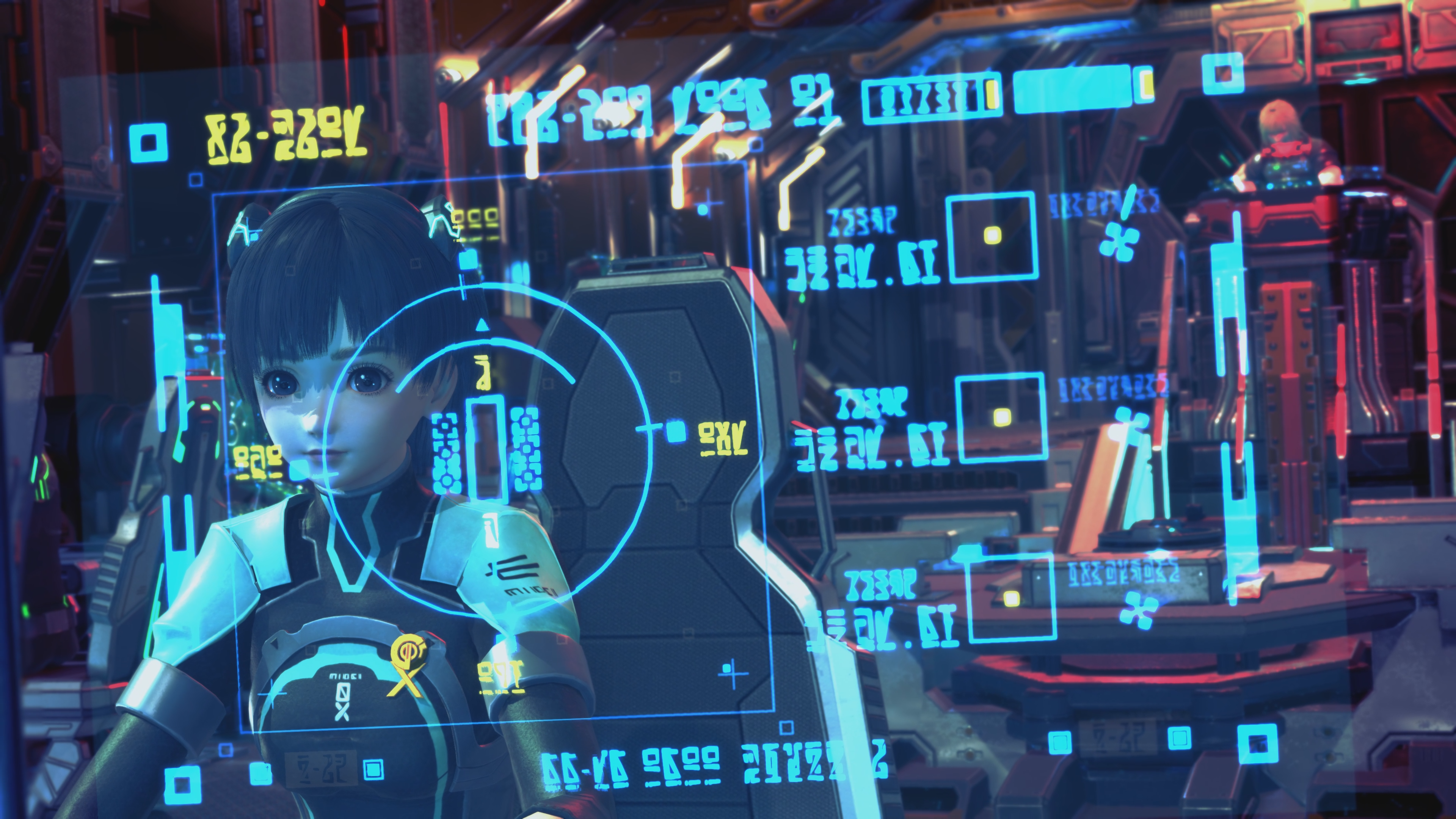 Just look at the main character. He’s a comically buff blonde dude who is clearly super tough, gruff, and boring. Nothing about him is interesting, except the fact that he’s suddenly assigned to save the galaxy and protect the vulnerable while becoming a hero we’ll have to force ourselves to root for. I’m not on board, and found myself cringing the moment he appeared in the reveal trailer alongside a handful of other forgettable personalities. I fear all the same mistakes are being made and we’ll once again be left with a JRPG that fails to recognise how out of time it really is.

Throwbacks are cool, and more popular than ever in a lot of ways, but these games also recognise how far the genre has come and what they need to adjust in order to fit in alongside their contemporaries. Xenoblade Chronicles 3 is launching later this month and appears to be making myriad quality of life changes so the act of playing it is more enjoyable, and the series explores the idea of a JRPG on a foreign planet far more effectively than Star Ocean ever has. Final Fantasy 7 Remake is more of a reimagining, while even reissues like Chrono Cross change the underlying formula with new features that make its more arduous elements that much easier to accept. Star Ocean does none of this, choosing to produce a game that could have come out decades ago like it’s totally okay. 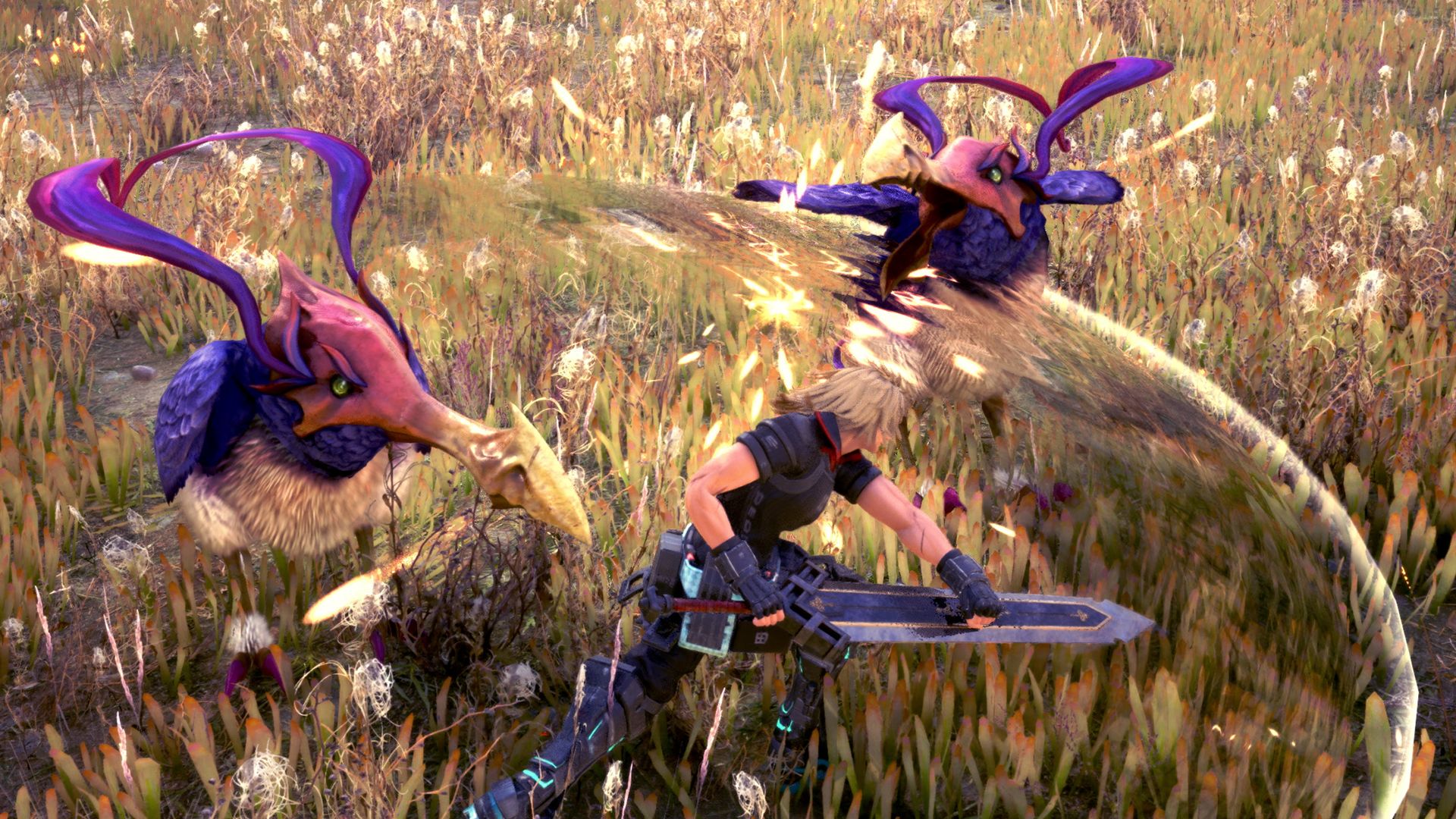 This is where I’d say something about the battle system being its saving grace, but even that looks a bit rubbish. The real-time combat and classic mechanics like blindsiding your enemies makes a return, but there’s also a new flying ability that allows you to soar into the air and duke it out from a new vantage point. On paper, it’s cool, but the execution here looks clumsy and almost motion sickness-inducing in how the player zips around like a paper bag in the wind. The framerate tanks whenever you fly too, which is fun.

Combine this with exploration across dull environments and a narrative that hasn’t done anything to cause excitement and Star Ocean: The Divine Force feels dead on arrival. Fans are going to send me mean messages about this assumption, but don’t come crawling back when the game launches to lukewarm reviews in October, and we all forget about it within mere days. I will play it, since my nostalgic connection to the series is strong enough that I want to either prove myself right or be pleasantly surprised. There is an alternate reality where Star Ocean rules the world instead of fumbling behind the pack, and part of me will always ponder what could have been as each new game emerges only to disappoint.