Golden Walnuts are the newest currency in Stardew Valley. This currency is used on Ginger Island, which can be unlocked after completing the community center and repairing Willy’s boat. Golden Walnuts must be obtained from a variety of actions and are exchanged to the birds of the island to unlock areas, fast travel, and build needed facilities. In total, there are 130 golden walnuts; for players to unlock everything on the island, they will need to obtain 116 walnuts.

This can be a daunting task as playing without using a guide makes walnut acquisition seem a bit random. The guide below is here to help you locate every golden walnut so that you can enjoy the entirety of Ginger Island. 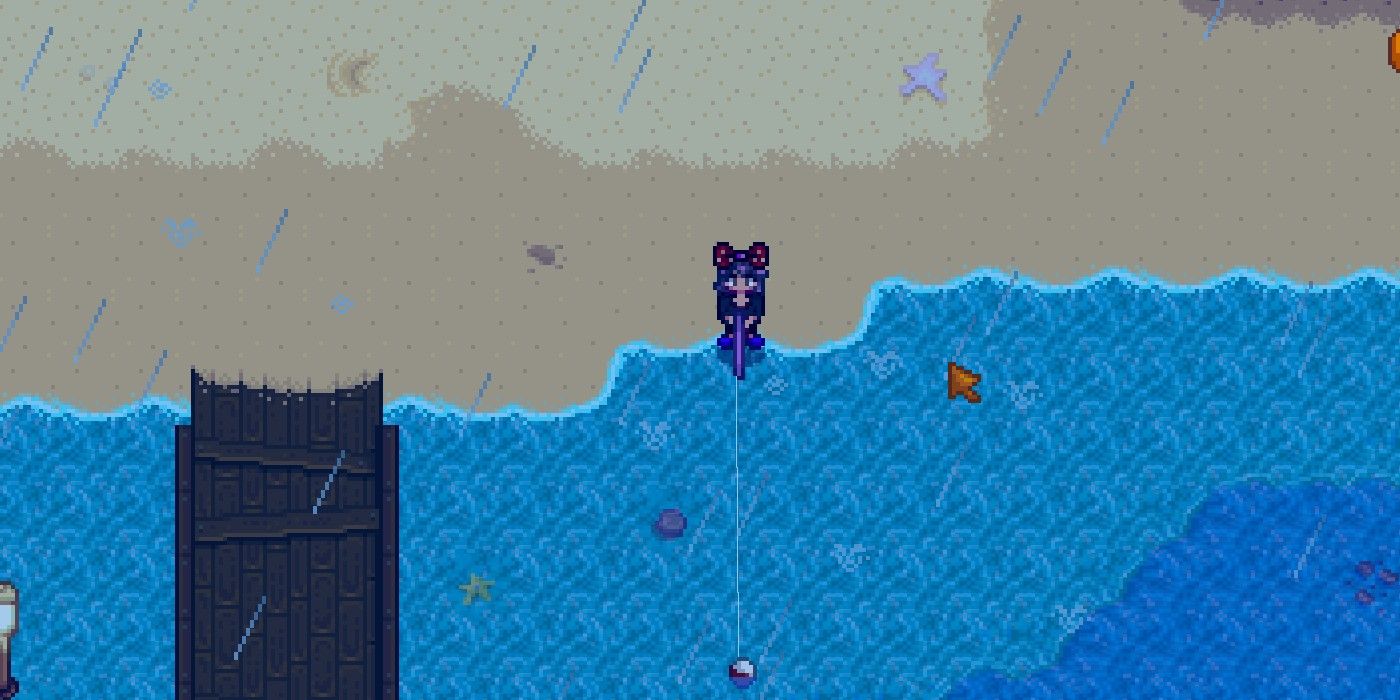 The first thing that players will notice is that they are gaining walnuts from is actions like fishing or harvesting. Below are the actions that can get you walnuts and how many you can expect to obtain from each action:

Golden coconuts can be found when fishing or when shaking coconut trees, and mussle nodes can be found at the beach near the island farm. 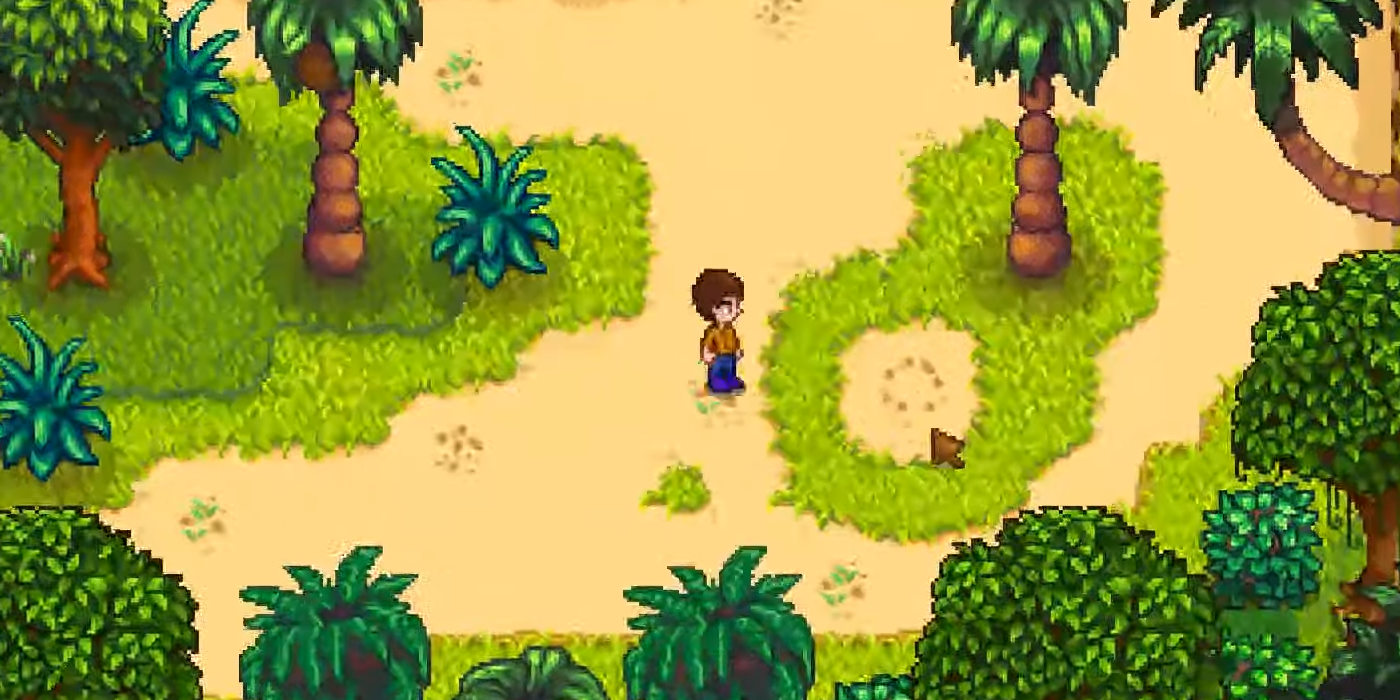 There are two walnuts hanging around in this area; the first will be visible on a bush as soon as you enter the jungle. The second is in the foliage at the bottom of the bird shrine map.

Walking around the west side of the island will yield seven golden walnuts, all of which are out in the open and easy to navigate to. Another seven will be found by dealing in various locations around the map:

Finally, a secret walnut can be found in a small path to the right of the parrot express. Enter into the trees and navigate your character slowly up the hidden path. The last can be found by entering the pirate ship wreckage.

The player can find 6 golden walnuts after repairing the bridge to the fossil quarry by simply walking the paths around this section of the island. Another eight walnuts can be found by digging in the following locations:

There are also two secret paths containing walnuts, one near the right side of the volcano dungeon and the other under a curved palm tree near the southern entrance. The last walnut is located in the curved tree above the parrot express next to the volcano dungeon. To knock it down, hit the tree with your slingshot.

The first will need to be obtained by going to the northern part of the island and then walking directly under the first tree to your right. The other three can be obtained by doing the following actions: 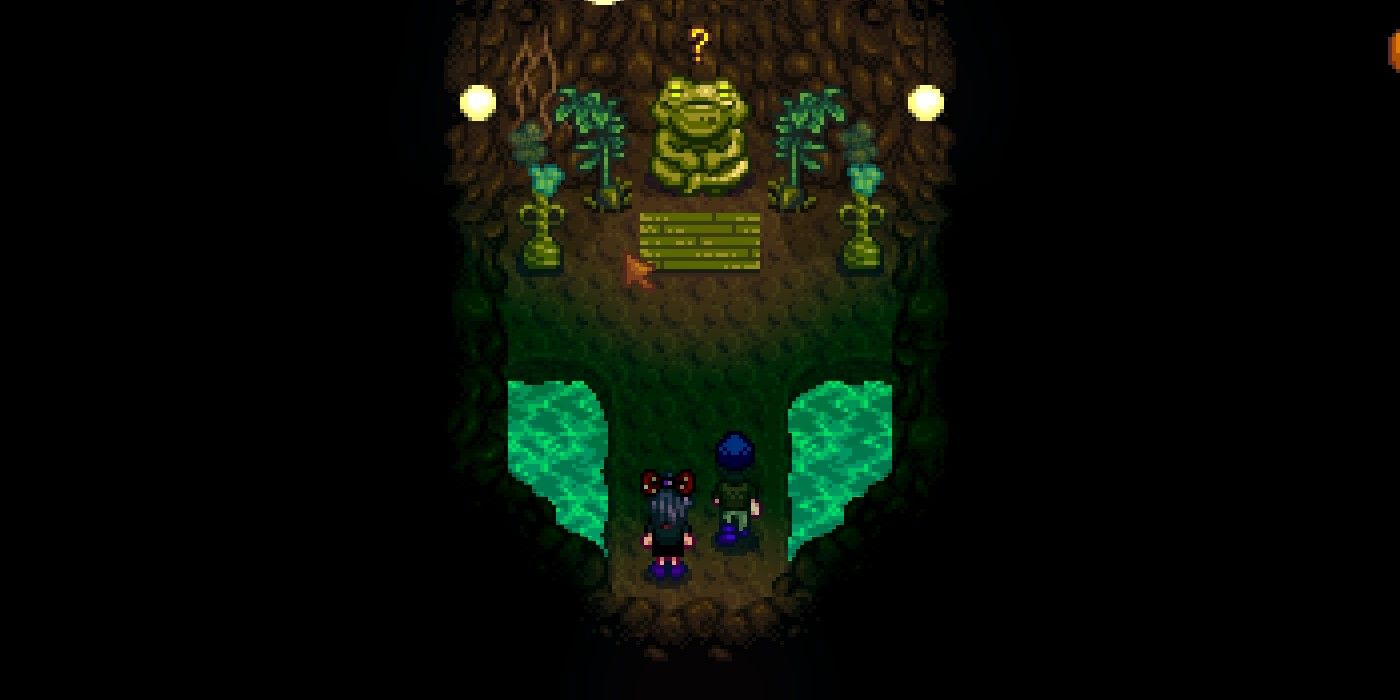 Hit the tree inside of Leo’s hut with an axe to receive the hidden walnut.

On rainy days a bird will appear on the island. Take a gemstone of the same color to the shrine in the jungle. After placing the gem on the right podium, a golden walnut will appear.

Place a banana on the pedestal near Leo’s hut in the jungle to get three golden walnuts from the resident gorilla.

The frog will cryptically request a melon, garlic, and wheat, all at different times. Bringing him each of these crops will award 15 golden walnuts in total.

Find the green mole on the beach and cover three of the holes with furniture. Hit him with your pickaxe at the fourth hole to win a walnut.

For this puzzle, find the hidden cave under the tree that is across from the parrot express. This is rather simple; simply interact with the same crystals that light up to earn the walnuts.

During a rainy day, go to the beach near the resort to find a mermaid. There will be six rocks on the beach that you will need to place flute blocks around and tune in order to win the walnuts.

On clear nights head to the pirate cove and play a game of dart three times. 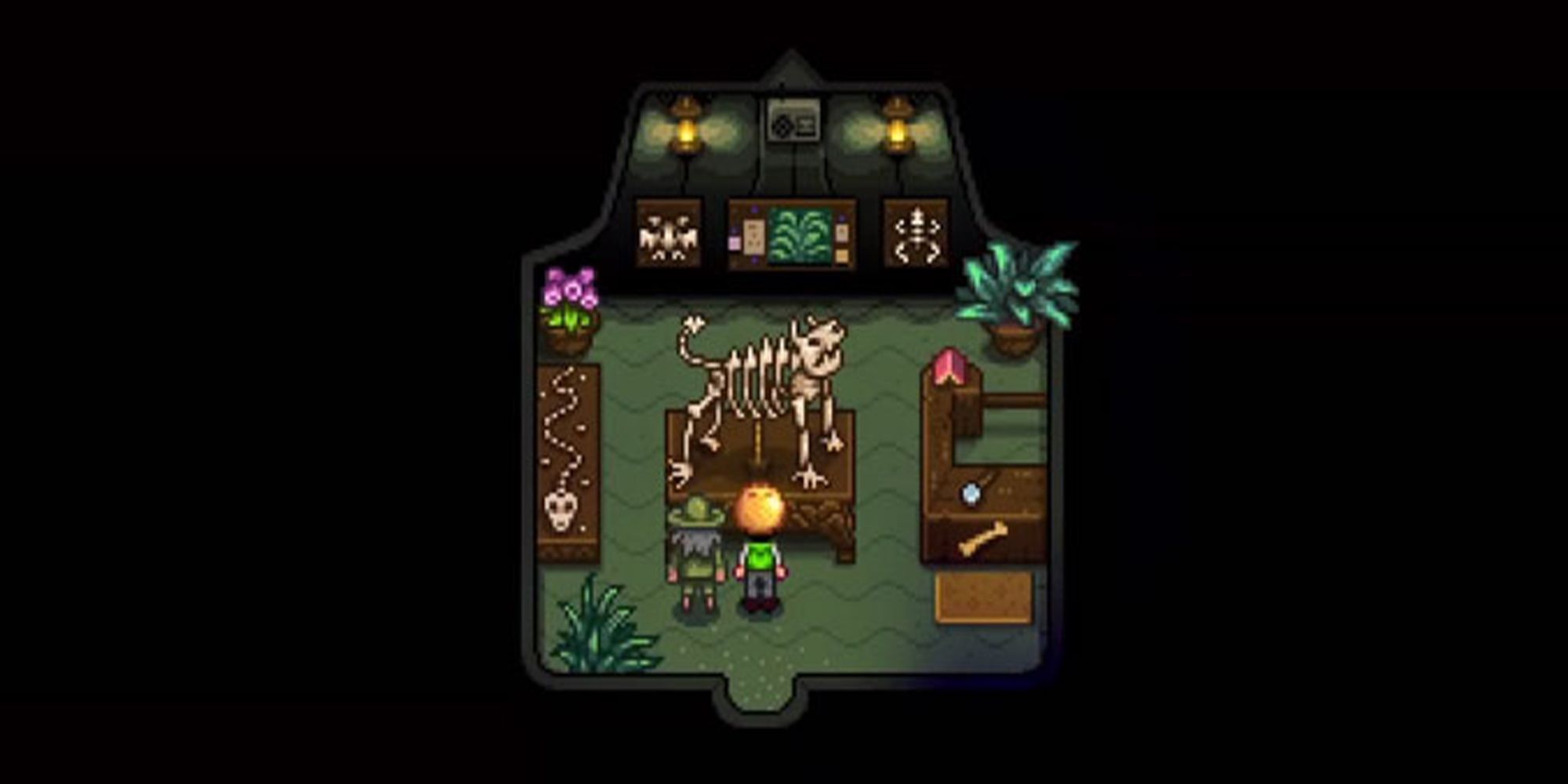 Find and donate all pieces of the snake, mummified frog, mummified bat, and large animal to earn 11 golden walnuts. 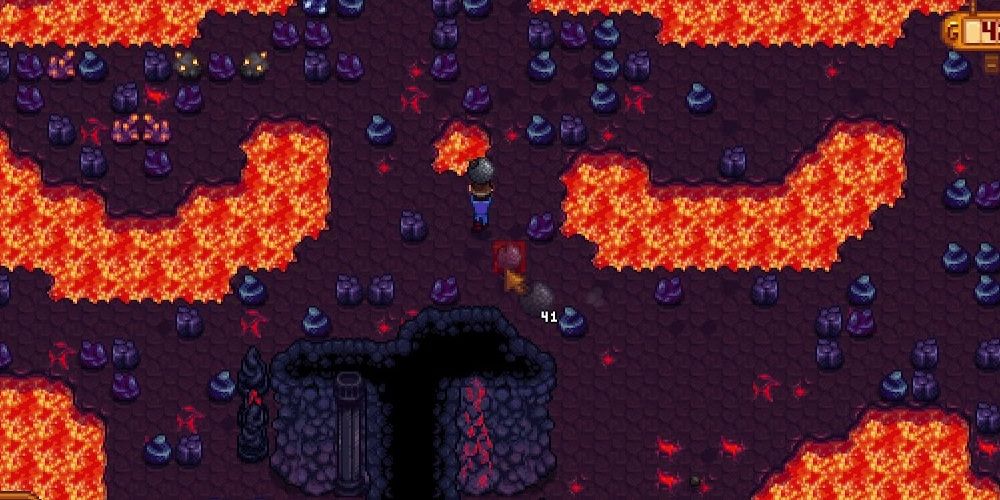 By exploring and reaching the top of the volcano dungeon, players can gather a total 0f 19 golden walnuts from the following actions: 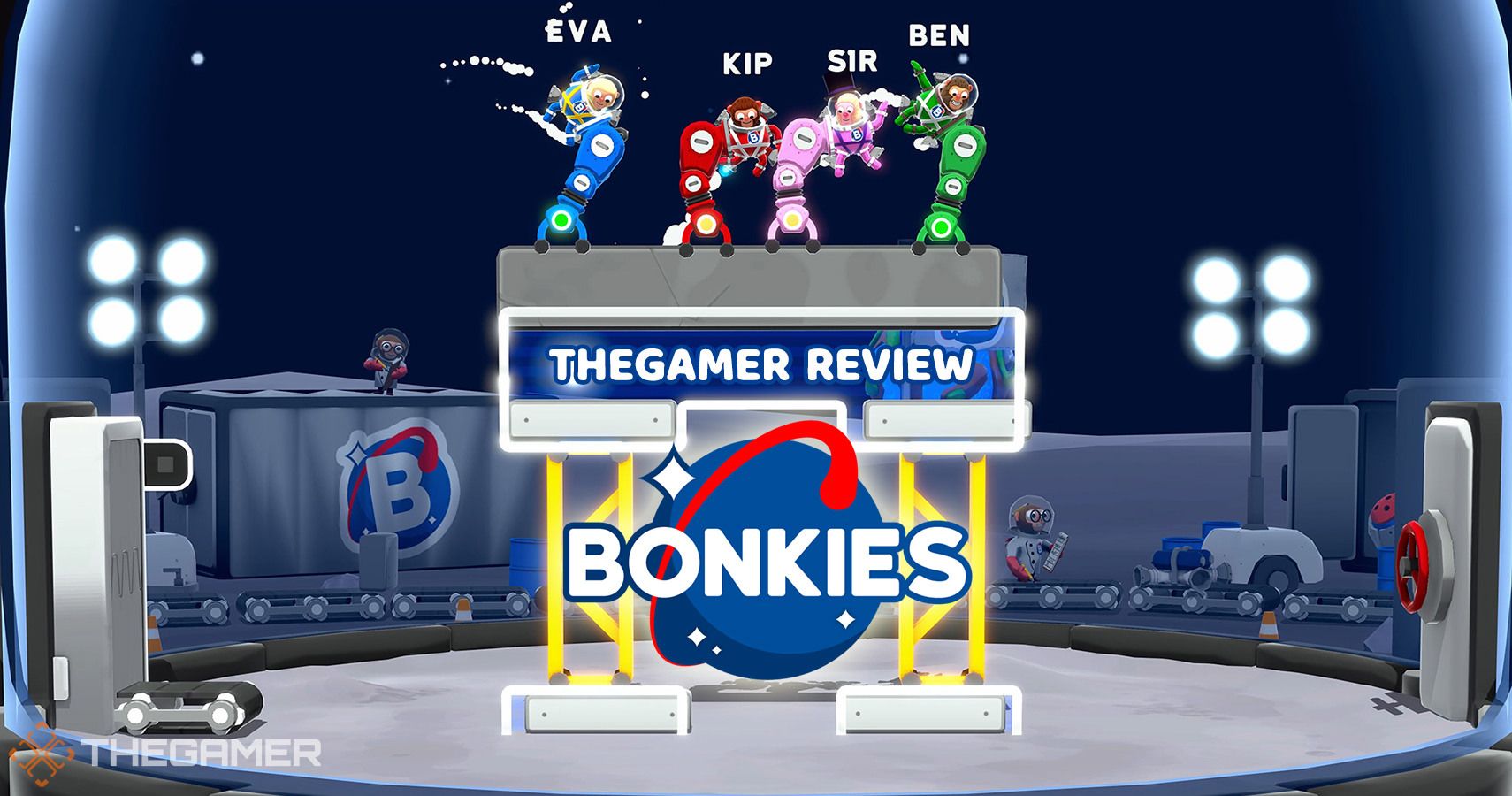