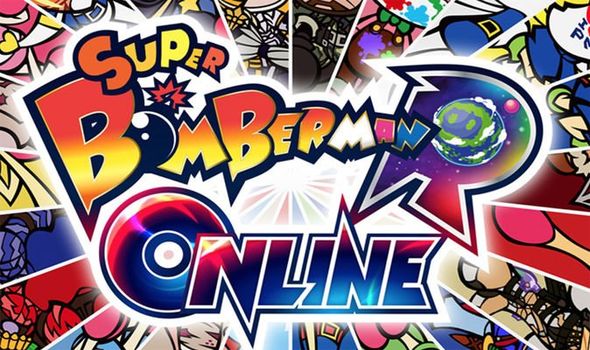 Super Bomberman R Online could be considered one of the first must-have Google Stadia timed exclusives, if not for one or two issues.

If you’re young enough to have never played a Bomberman game before, the action takes place on small grid-based maps, where the aim is to blow up your opponents by strategically dropping bombs – ideally trapping them so there’s nowhere to move.

Blowing up blocks nets you various power-ups along the way, including additional bombs, increased blast radius, and even the ability to kick and throw explosives.

Bomberman in general is considered one of the best versus multiplayer games ever made, especially when played together with friends in the same room and at the same time.

As an online-only affair, Super Bomberman R Online loses some of that local multiplayer magic, but more than makes up for it by providing such a fresh and surprising twist on the classic formula.

I’ve seen a lot of comparisons to Tetris 99, which is another example of a classic, non shooter game successfully receiving a Battle Royale makeover.

In the case of Super Bomberman R Online, there are 64 of you aiming to survive to the very end.

While that may sound like a regular – albeit really crowded – game of Bomberman, the twist is that games take place in 16 different arenas, each with four players apiece.

When the timer counts down to zero, surviving players must quickly make their way to the next available room, or risk being trapped and eliminated from the game. You also need to be aware of where the blocks are going to fall in your new battleground, and you probably don’t want to start the upcoming round next to another player, or in rooms that are too crowded.

16 arenas eventually become one, where the last surviving players duke it out to win the ultimate prize.

It’s a clever twist on the Fortnite/PUBG Battle Royale formula, where players are funnelled into smaller and smaller portions of the map via an ever-shrinking storm circle.

It adds a new dimension to the classic Bomberman experience, creating a sense of panic, chaos and urgency as you scurry to make it to the next available room. 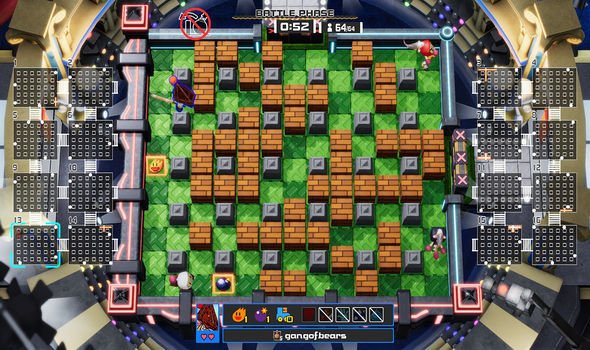 With the Bomberman series seemingly on the decline in recent years, it’s nice to see the development team reinvent the franchise in such a fresh and novel way.

This is still the same Bomberman we all know and love, only with a new sense of speed and urgency that makes it feel somewhat modern.

Unfortunately, however, there are one or two problems that prevent Super Bomberman R Online from really achieving greatness.

The biggest issue is that as a timed Stadia exclusive, the online playerbase simply isn’t there on a consistent basis.

This not only means that you’ll be waiting longer to find games, but when you do they’ll most likely be filled by bots.

My other issue with the game has to do with the Premium Pack content, which features 14 additional characters, each with their own unique abilities.

Modelled after Konami icons like Pyramid Head, Solid Snake and Alucard, the characters themselves are pretty fun to look at, although the unique abilities ever so slightly upset the balance of the game.

It’s teetering on the brink of feeling like a pay-to-win game, as these characters are only available to Premium Pack owners.

I’m also one of the minority of people who enjoy single-player Bomberman campaigns, so the lack of anything other than Bomberman Battle Royale may limit your enjoyment.

A single-player campaign would definitely address the problems with Stadia’s limited online userbase, and would provide players with a little more variety – not to mention somewhere to train for online battles.

For the most part, however, Super Bomberman R Online is an impressive effort with some interesting new ideas that breathe new life into a classic franchise.