It might sound like a joke, but Nintendo has joined the battle royale craze with their new title Super Mario Bros. 35. Like Tetris 99 before it, this is another example of a franchise that most would never consider fitting into this extremely popular genre. If you want to see how the Mario formula translates into a battle royale, here’s how to play Nintendo’s newest Mario title.

As part of Mario’s 35th anniversary, Nintendo announced that Super Mario Bros. 35 would be released as a free download for subscribers to the Nintendo Switch Online service. However you only have until March 31, 2021 to get your hands on it before it will be taken off the service, possibly forever. 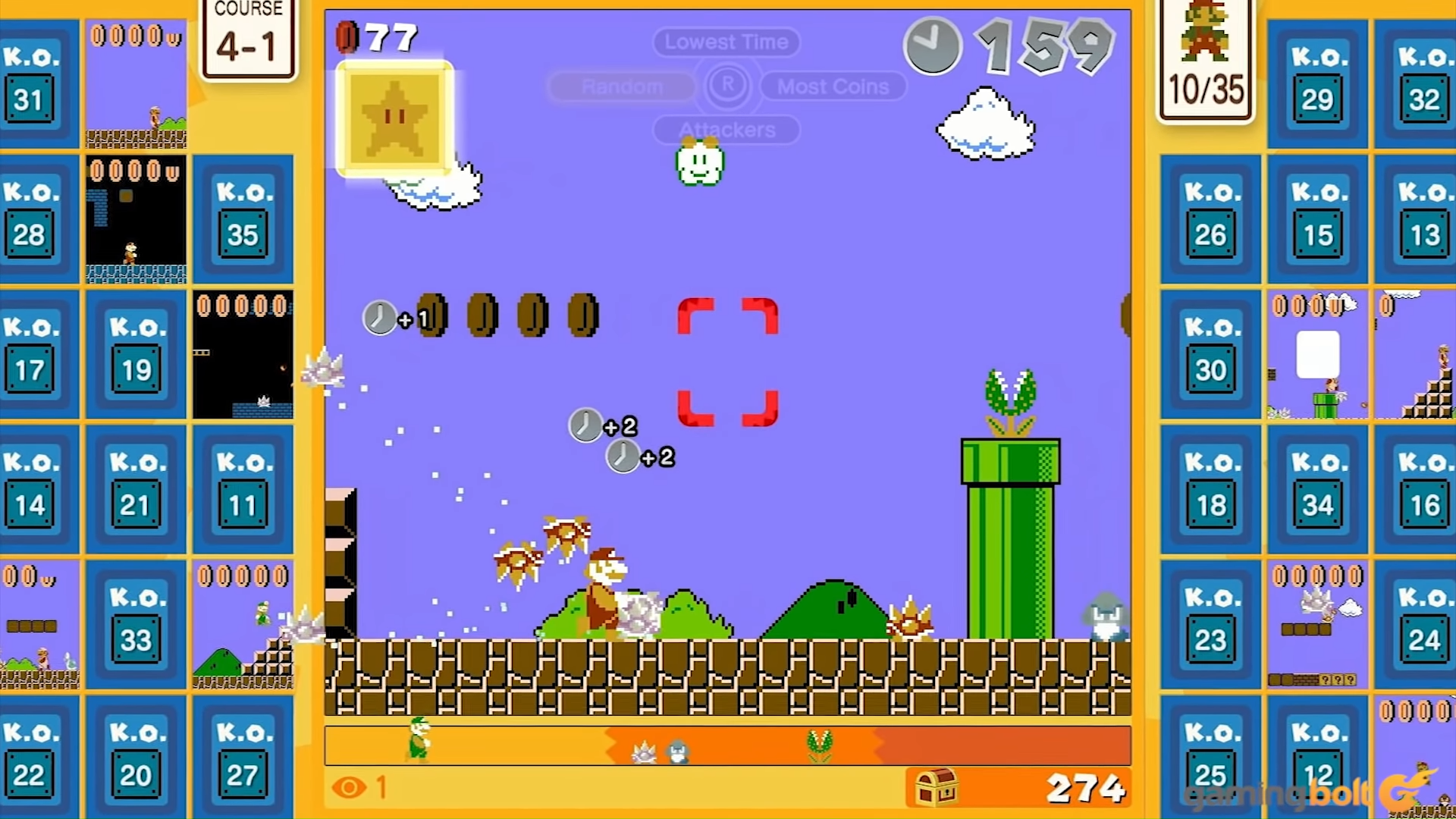 To download it before this happens, navigate over to the Nintendo eShop on your Switch and use the search function to find Super Mario Bros. 35. Once you find it, all you need to do is select download and it will be added to your console. Just remember you need to be online to download and play this game.

The basic controls you know and love from Mario still apply in Super Mario Bros. 35. You move and jump through a traditional 8-bit Mario level, stomping on Goombas and Koopas, and collecting coins. What is different from the old titles, but familiar to anyone who was a fan of Tetris 99, is the use of the right stick to target different opponents. Also, once you collect enough coins, pressing X will let you gain a power-up or item seen in the top left of your screen.

Your goal, in simple terms, is still to reach the end of the stage before the time runs out.

While most battle royales focus on direct PVP engagements, Super Mario Bros. 35 has you influence the 35 other players indirectly. Each enemy you defeat within your own stage is sent into one of the other player’s games, which could in turn lead to their KO. Selecting who you want to focus your “attacks” on is the key to rising up the ranks.

Your choices consist of Lowest Time, Most Coins, Attackers, and Random. You can chose to target either Lowest Time to knock out any players close to losing already if you’re doing well and are near the top of the pack, or Most Coins to try and climb your way up. Whoever you’re focusing on, always try and chain together as many enemy kills as you can to swarm your target.

The item roulette can be the difference between life and death, so save up your coins as soon as possible to hopefully get a Fire Flower, or even a Star, that can get you out of a tight situation.