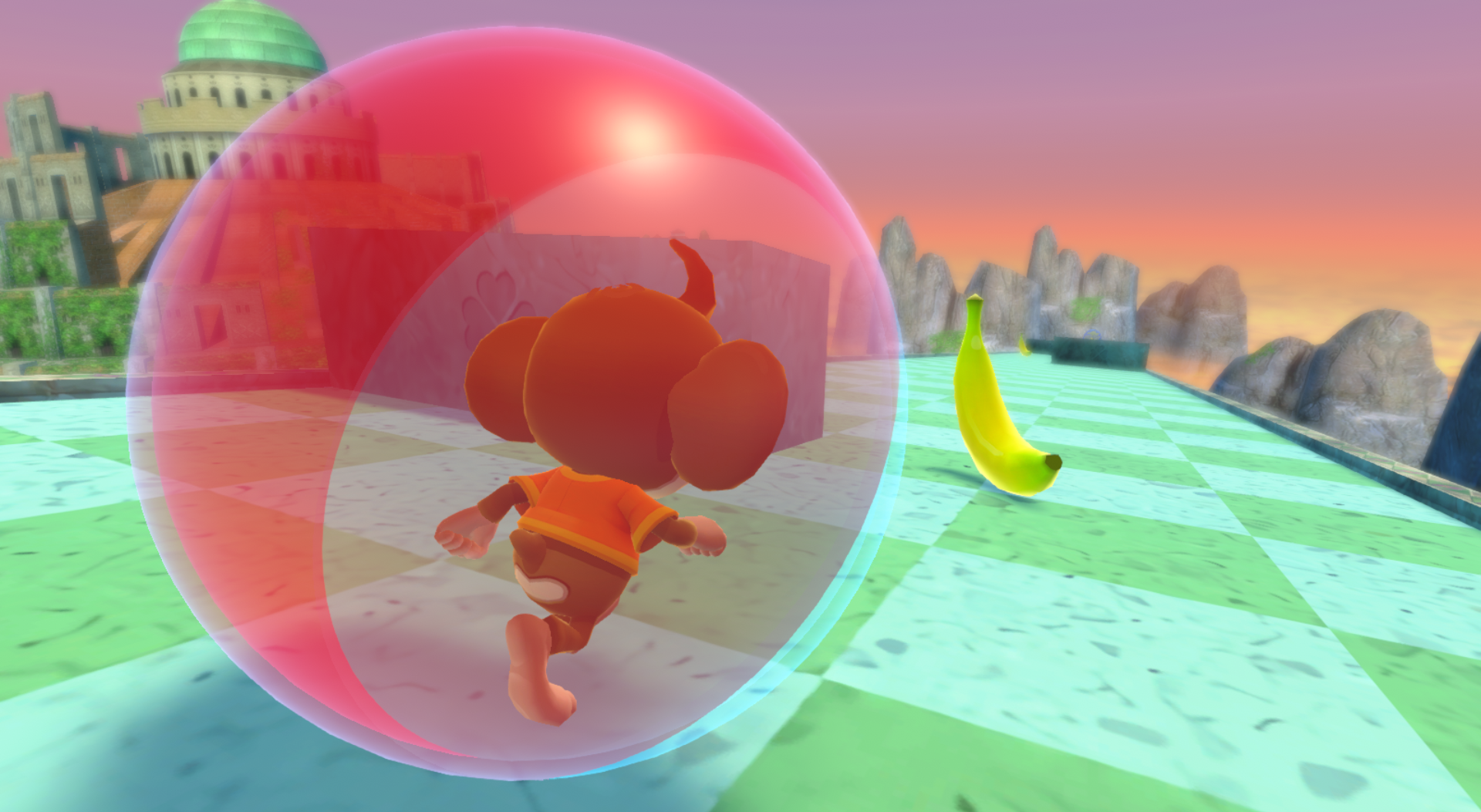 Sega have another crack at reviving the Super Monkey Ball franchise, with remasters of the original two games and their classic party games.

A couple of years back, in October 2019, Sega attempted to revive the Super Monkey Ball franchise by remastering the relatively obscure Wii iteration of the franchise. To the surprise of no-one but Sega, Banana Blitz HD was completely ignored by everyone and it seemed as if the chances of a full revival were over before they started. Surprisingly though, Sega has decided to give it another go, this time with the original games that started the series.

Banana Mania is something that’s become increasingly commonplace in recent years: a remaster of a remaster. Although there is a small amount of original content the majority of the game is the same as Super Monkey Ball Deluxe, a PlayStation 2 and Xbox compilation of all the stages from GameCube games Super Monkey Ball 1 and 2, plus a few new ones of its own and all 12 multiplayer mini-games.

There never was a Super Monkey Ball 3, just a series of increasingly uninteresting spin-offs, so in terms of getting all the best parts of the franchise in one place remastering Super Monkey Ball Deluxe makes a lot of sense… except for the fact that it was always a notably inferior version of the original games.

Although it started life as a little known coin-op, called simply Monkey Ball, the franchise first came to note when it was a launch title for the GameCube. The coin-op used a banana shaped joystick for its controller, but the GameCube’s controller had little notches in the casing, around the analogue stick, that made moving in a straight line extremely precise. This proved to be perfect for Monkey Ball, which is all about moving as carefully as possible along a series of maze-like obstacles.

Originally there was never any explanation for why monkeys encased in balls were trundling along abstract mazes suspended in mid-air, and the first game was all the better for it. The sequel did have proper cut scenes, remade here as cheaper looking comic book sequences, but it’s really not important why anything is happening, only that trying to get your monkey to the goal in each of the 300 mazes is, as the title suggests, super fun.

What isn’t obvious until you start playing is that you’re not controlling the ball directly but instead the maze itself, gently moving it around like a carnival game to get your monkey moving at the correct speed and angle. That’s really all there is to the single-player and to be honest even the sequel seemed somewhat unnecessary, as one of the key pleasures of the concept is how simple it is.

Sega was able to tempt themselves away from overcomplicating it by instead concentrating on a range of multiplayer party games, that work a bit like extended Mario Party mini-games. None of them are very complicated, which is again the entire point, but they do have a surprising amount of content in terms of extra maps and levels.

The most famous one is probably Monkey Target, where you have to glide your monkey to land on a range of targets on the ground, but the self-explanatory Monkey Golf, Billiards, and Bowling are also good value. Some of the games are more closely based on the main single-player game, while the sequel also introduced more complicated concepts such as Monkey Tennis, Baseball, and Soccer, a lightgun game called Monkey Shot, and the Star Fox-esque Monkey Dogfight.

Some of the multiplayer games you’ll play once and never again but Monkey Target and the sports games are great fun and a good example of the kind of offline party game that has all but disappeared since the Wii era put them out of fashion.

As you’ve probably guessed though there is a problem, and a pretty serious one: the physics and controls are very noticeably off. We’re not sure if that’s because Super Monkey Ball Deluxe itself was a poor quality port of the first two games, or if this is an entirely new set of problems, but the precision of the GameCube version is gone, and it’s not just down to the different joypads.

The controls are at once awkwardly stiff and overly sensitive, as if the physics isn’t uniform for the whole of the game world. The momentum of your ball also seems to switch off at times, most obviously going off the ramp in Monkey Target, as if it’s essentially on-the-rails.

If we had to guess we’d say this was Sega trying to make the game easier, but it already has an easy mode for the single-player and the whole point of the multiplayer is laughing at other people, and yourself, fail. Or maybe it’s all a big mistake, which given the weird little presentational hiccups and omissions (why don’t you get to see the next maze in the sky anymore and why are half the sound effects missing or different?) is entirely possible.

The game isn’t rendered unplayable by these changes but the silky smooth precision of the original is gone, replaced by a janky facsimile that is similar enough to still be enjoyable but bitterly disappointing to anyone that remembers the original. Even the soundtrack has been replaced by something less memorable, with Sega instead offering the original, and several other items, as paid DLC.

Whether the changes are by accident or design doesn’t really matter; what is important is that this is the second time in as many years that Sega has messed up a chance to revive Super Monkey Ball. Given the trouble they’re having with a game this simple, it’s no wonder Sega are so slow to bring back their other classic franchises, and if this is indicative of the sort of effort they’d expend perhaps they’re all best left in the past.

In Short: Another sub-par remaster of Super Monkey Ball that ruins the precision and elegance of the originals and replaces it with janky, unpredictable controls and shoddy presentation.

Pros: The original games are great and there’s certainly plenty of content here. The party games are still relatively enjoyable if you can ignore the physics problems.

Cons: The controls and physics are noticeably less consistent than the original two games. Lots of weird presentation quirks, with missing sound effects and far too much paid-for DLC.