Denam Pavel is the protagonist of Tactics Ogre: Reborn, meaning he'll be in your party every step of the way through the game's epic branching storyline. As such, there's no unit more important to get 'right' for every fight. But what does right even mean? With a wealth of customization options, what are some of the most effective builds for the Hero of Golyat?

We'll cover a few of our favorites from across the decades since Tactics Ogre first released, with special attention to what this most recent iteration, Tactics Ogre: Reborn, brings to the table. 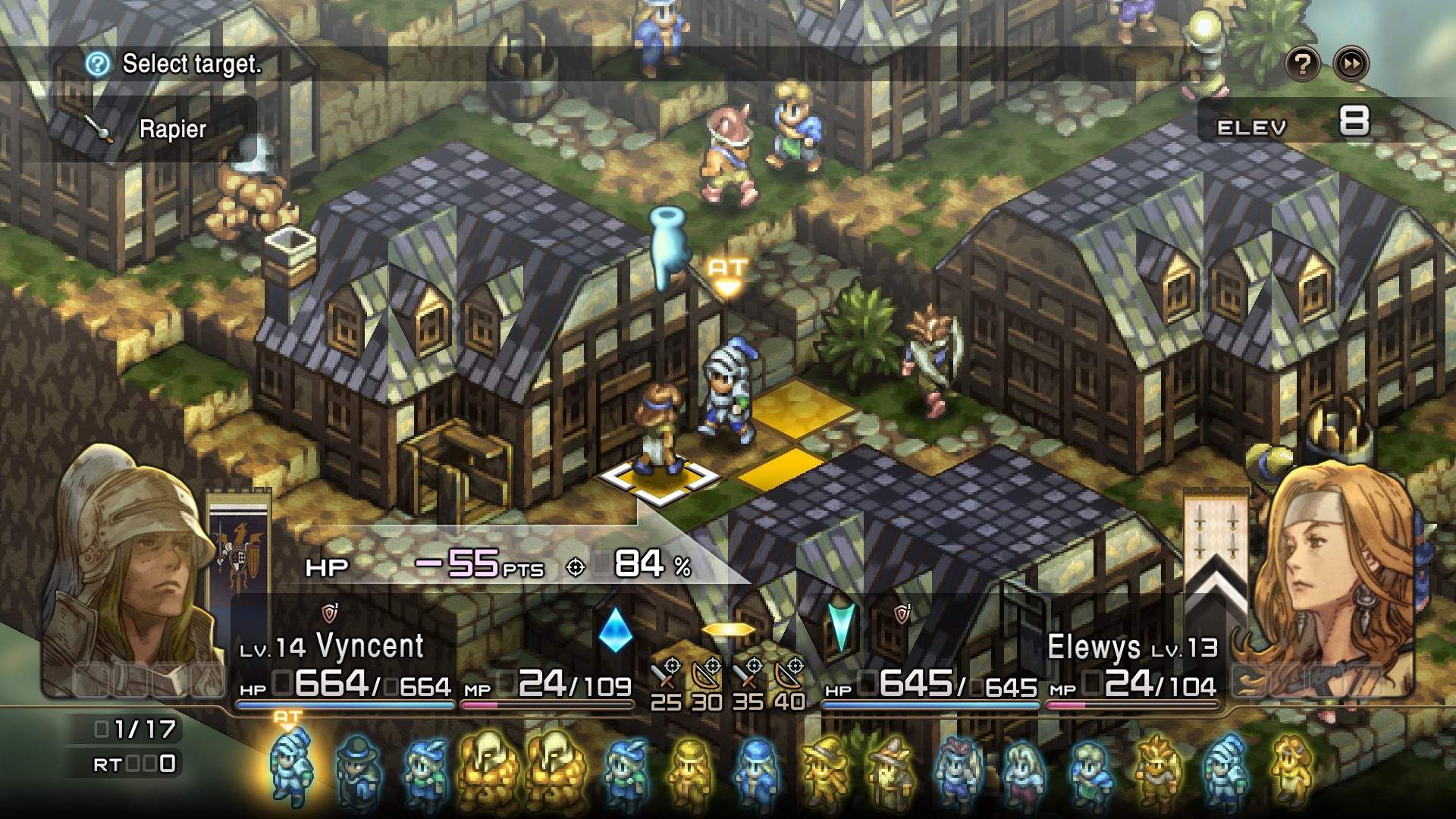 This is what some players consider Denam's 'bread and butter' class build for much of the game. The lad can make a terrific bulwark — a defensive barrier between bloodthirsty rivals and the squishier units who stand behind him. This is an especially wise choice in the first third or so of the game, as you will have a far more limited number of non-generic characters with the Knight class.

Knight Denam and Vartan Canopus make a fine duo. We mention this since Canopus is your first controllable unique unit (and a terrific one at that). Whereas your Winged pal will be sniping from afar, Denam will be drawing as much attention as possible. This effectively applies not just for aiding Canopus, but for doing so for any other less well-armored party members. 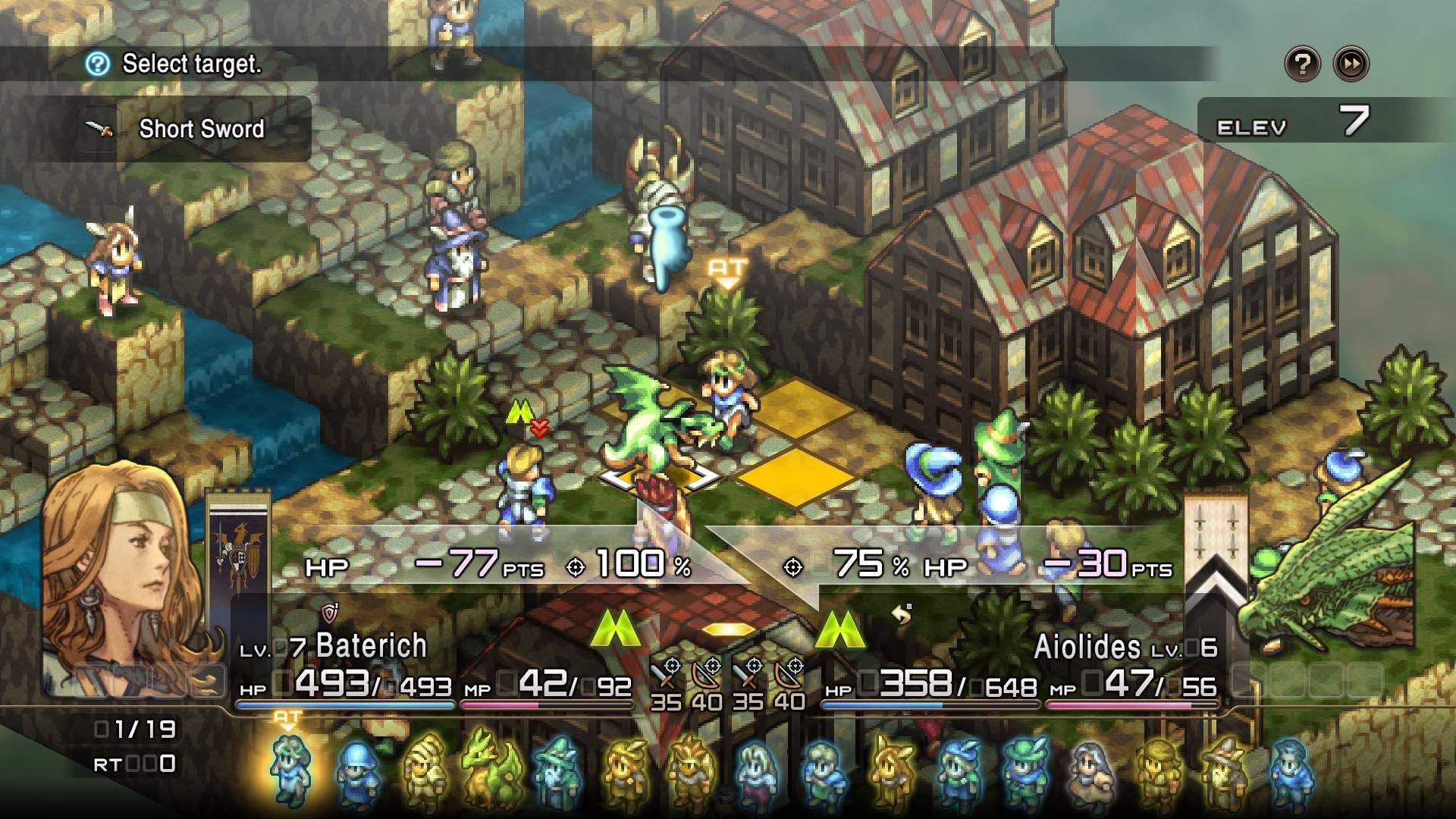 It's a common misconception that the Warrior class is rendered obsolete after the first couple of chapters. This is almost true, but off-the-mark for Denam. Stacking your squad with generic Warriors isn't advisable even early on, let alone when things get tougher, but Denam's high stats can combine with the Warrior's raw damage potential quite nicely.

It may feel like a step backwards, and in some ways, it is, but it's not a bad idea to make Denam a Knight early on until you have a good stock of unique Knight characters and then swap to Warrior. You'll have your defensive network established with a handful of powerful Knights (and even White Knights); even more so if you've trained a generic up from scratch.

Switching to Warrior, as basic as it may sound, gives your most permanent party member a sudden upshot on offensive output and serves as a shot in the proverbial arm if you're finding yourself slower to bring down the enemy than you would like. 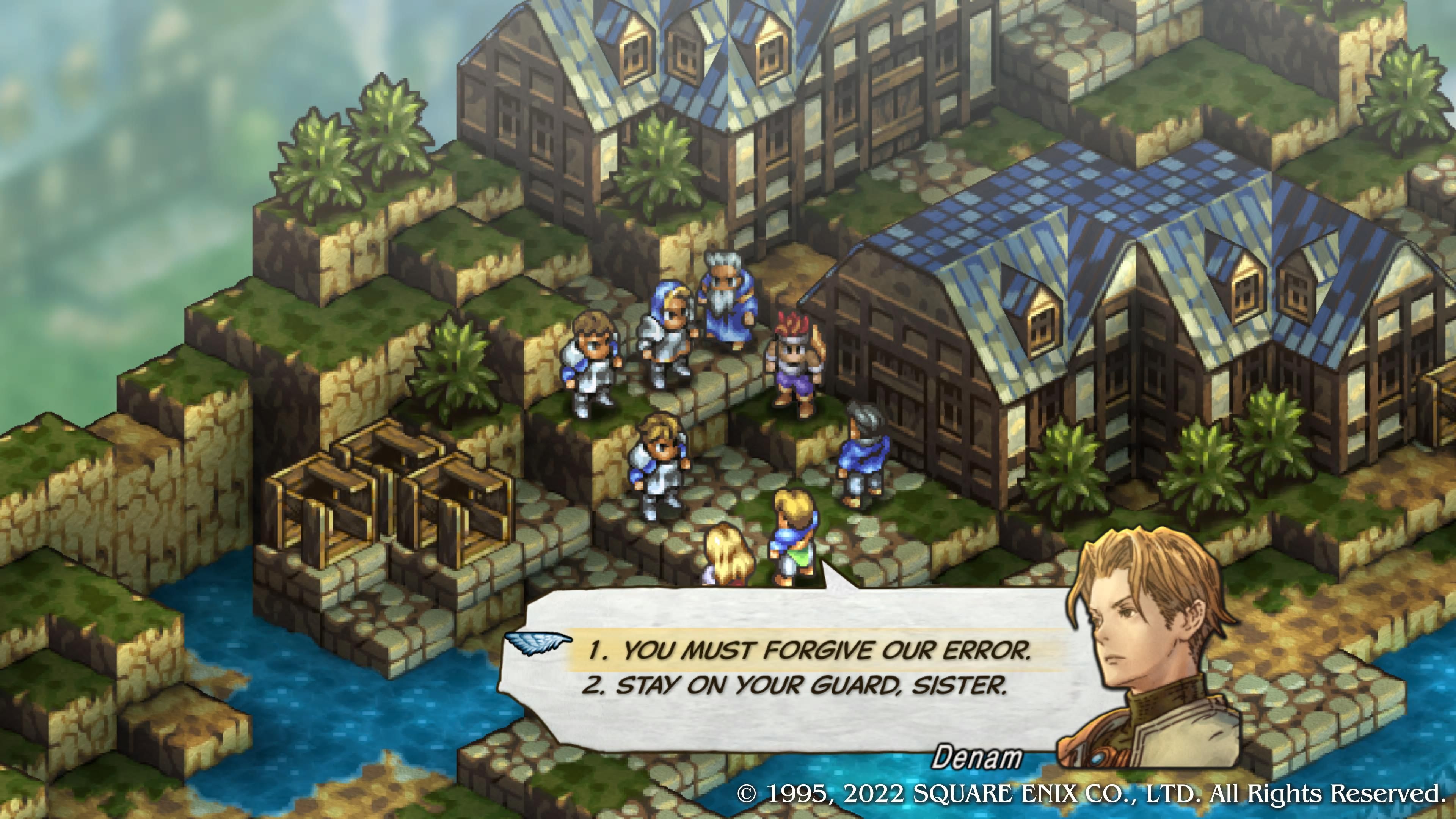 No, that's not really what this build is called, but you'll forgive us a bad joke about the Nintendo 64 Ogre Battle's subtitle.

Rather, this concerns the Lord class, which is fabulously versatile to an extent that is unseen anywhere else in Tactics Ogre. The Lord can equip most weapons, most spells, and an absolutely wild number of skills. You can, in essence, create a superior version of the Knight, the Warrior, or just about anything else that springs to mind.

If Lord is so good, where's our real coverage of it? Well, this is where things get… complicated. The Lord class, you see, is entirely tied to a fourth-chapter decision with tremendous ramifications. Depending on the choice you make, you may very well never unlock Lord — that is, until you enter postgame, and use the Wheel of Fortune in the Warren Report to warp around and explore other narrative paths.

Understand that there is a tradeoff involved in acquiring the Lord for Denam. A rather massive one, in fact. But if you should find yourself the recipient, Lord is far and away Denam's finest late-game class.

As for a build, we recommend tapping into whatever combination suits your fancy, such as something that combines the tanky glory of Phalanx and Rampart Aura with more aggressively offensive skills. In this fashion, you're creating Tactics Ogre's arguably ultimate class. Of course, even Lord Denam is no one-man army in the face of dozens of soldiers and buffed boss characters, but you'll have a noticeably easier time getting up in those bosses' faces.