TMNT: Shredder's Revenge has the beloved turtles back at it again in classic arcade-style beat-'em-up fashion, having you rid the streets of the opposing Foot Clan and other familiar groups of enemies. As you work through New York City's streets and sewers, you will have to overcome many challenging obstacles and encounters.

If you're a fan of the classic arcade TMNT games, you will most surely be comfortable with Shredder's Revenge, aside from the built-up rust that has accumulated over the years due to the sparse releases of the beat-'em-up genre. However, newcomers to the genre (and even veterans) may find getting into the swing of things more challenging than anticipated, which is why it's a good idea to go in with a plan. 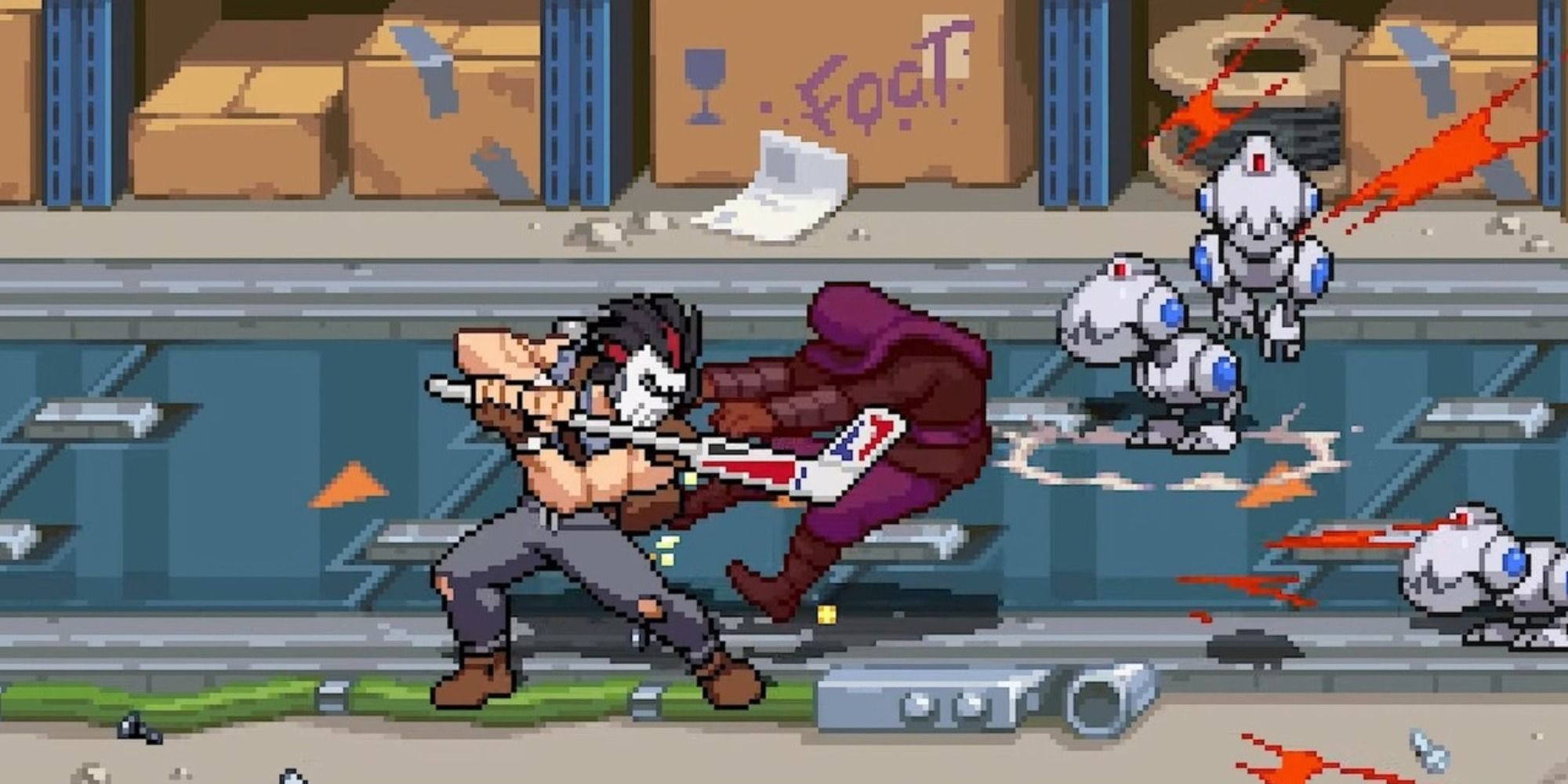 Like most beat-'em-ups that take inspiration from the old arcade games, TMNT: Shredder's Revenge has a control list that shows you how to perform every action in the game. While most of the inputs are straightforward, some are a bit more complex or require you to hold down two specific buttons before pressing a direction on your D-Pad or Stick to initiate the attack.

Before you get too far into the game, we strongly suggest familiarizing yourself with the game's moves and learning what each attack does. It will allow you to get a better grasp on the fundamentals and know how to deal with air-based enemies and perform basic and complex combo strings. Fumbling with the controls when a new enemy shows up is never fun, and having the basics down will save you the frustration of learning everything on the fly. 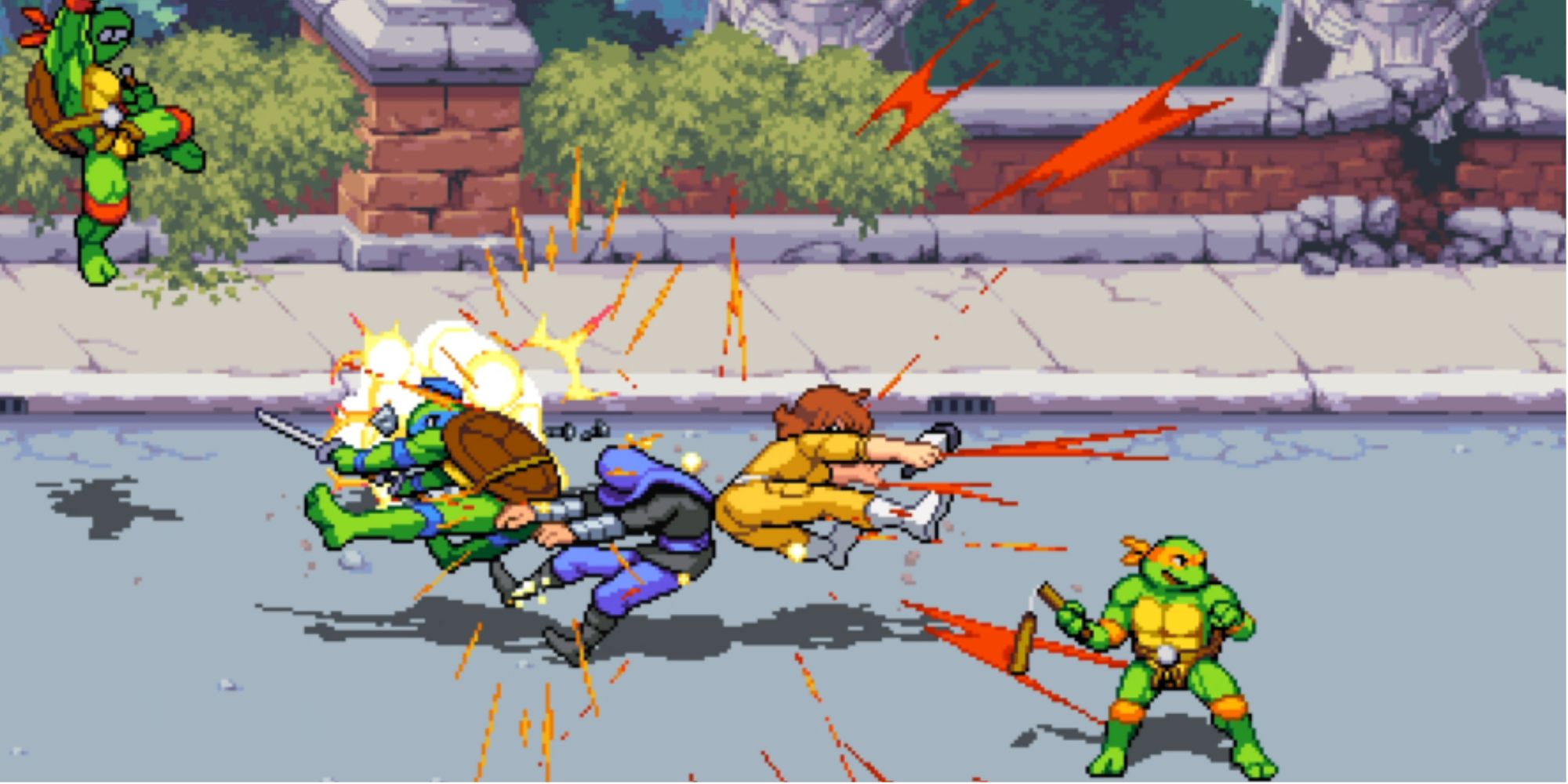 When looking through the list of controls at your disposal, you will see some co-op-specific attacks that will come in handy whenever you decide to play with a friend or stranger online. These moves allow you to team up on an enemy to deliver a devastating attack fueled by the power of teamwork! These attacks range from sandwiching your opponent between yourself and your buddy, spinning your partner like a top towards the enemy, and finishing off an enemy just launched high into the air by a friendly.

The Environment Is Your Friend 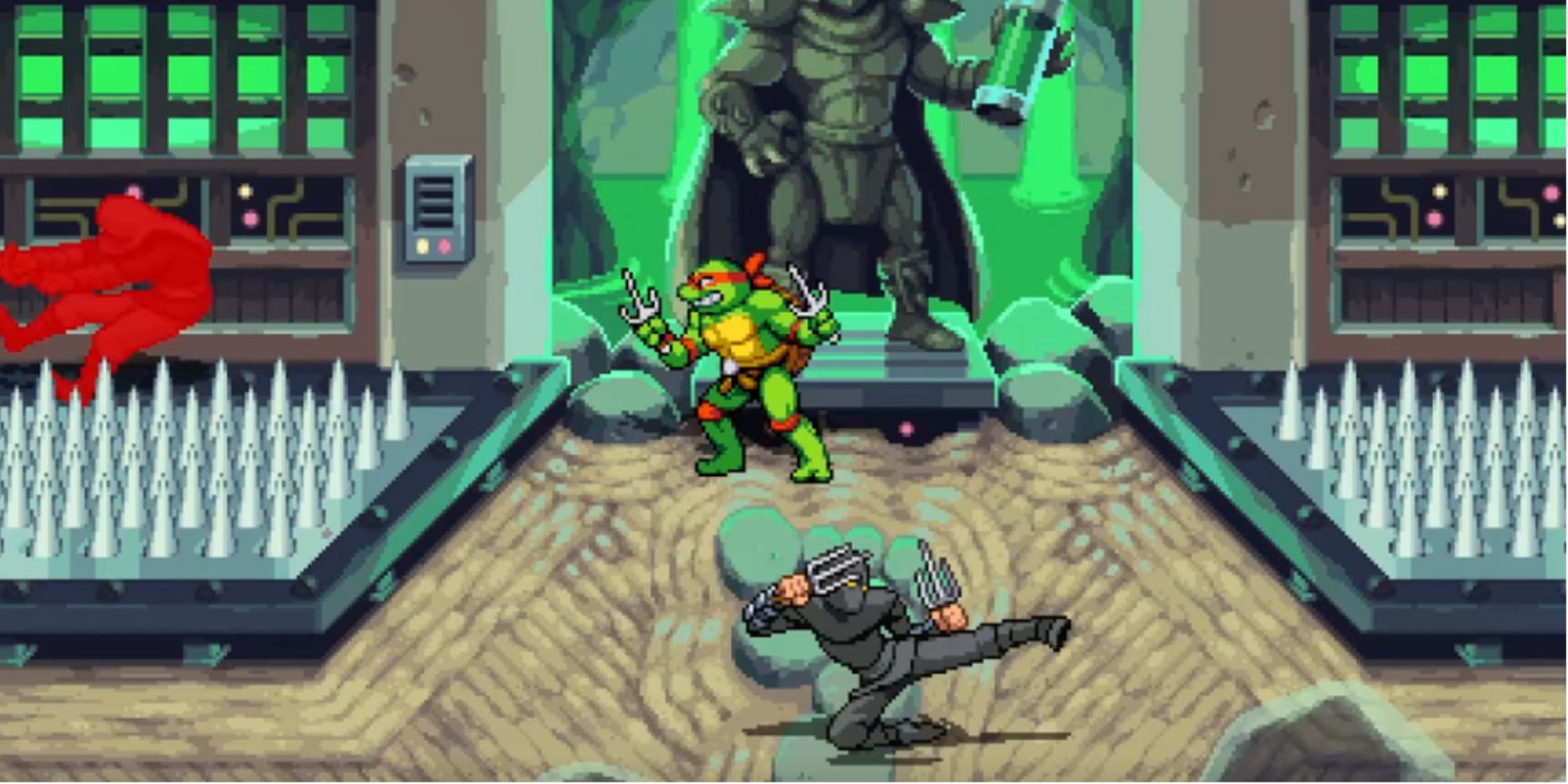 Every stage in Shredder's Revenge will feature a fair share of environmental hazards that can be detrimental to you or be used to your advantage if you plan accordingly. Everything ranging from spiked floors to the passing traffic in New York City to a bottomless pit will have the same effect on your opponent as it does on you, allowing you to turn the tables in your favor.

While you should always be cautious around traps and environmental hazards, you should make a mental note of them and strategize how to use them against the opposing forces. Though every enemy type won't be worth the risk, we highly suggest using it on the more annoying or challenging ones to give yourself a substantial advantage over them.

Break Every Object You Can 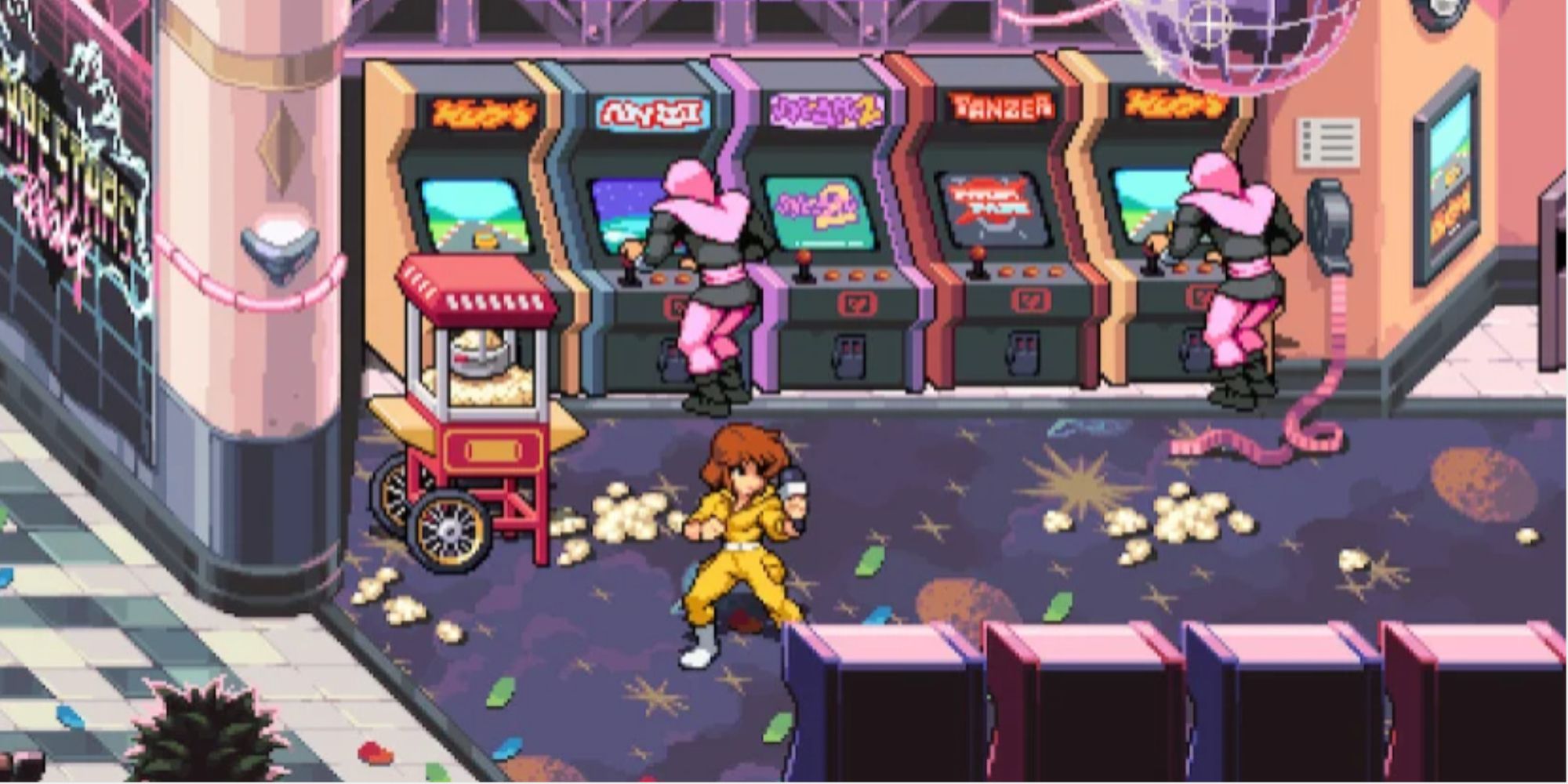 Remaining on the topic of treating the environment as an ally to help get the advantage over the incoming groups of enemies, we now turn to the smashable objects found all throughout each stage. Breaking stuff found in the environment can drop anything from food that will replenish your health to collectibles that will help level your character up, so there's no reason to avoid smashing everything in sight.

Things such as crates, vending machines, tables, popcorn machines, and toolboxes are all examples of things you can break and hopefully receive something you need. Still, please remember that once you scroll over to the next screen, you can no longer visit previous areas, so be sure you smashed everything in a room before advancing.

Learn What Each Enemy Is Capable Of 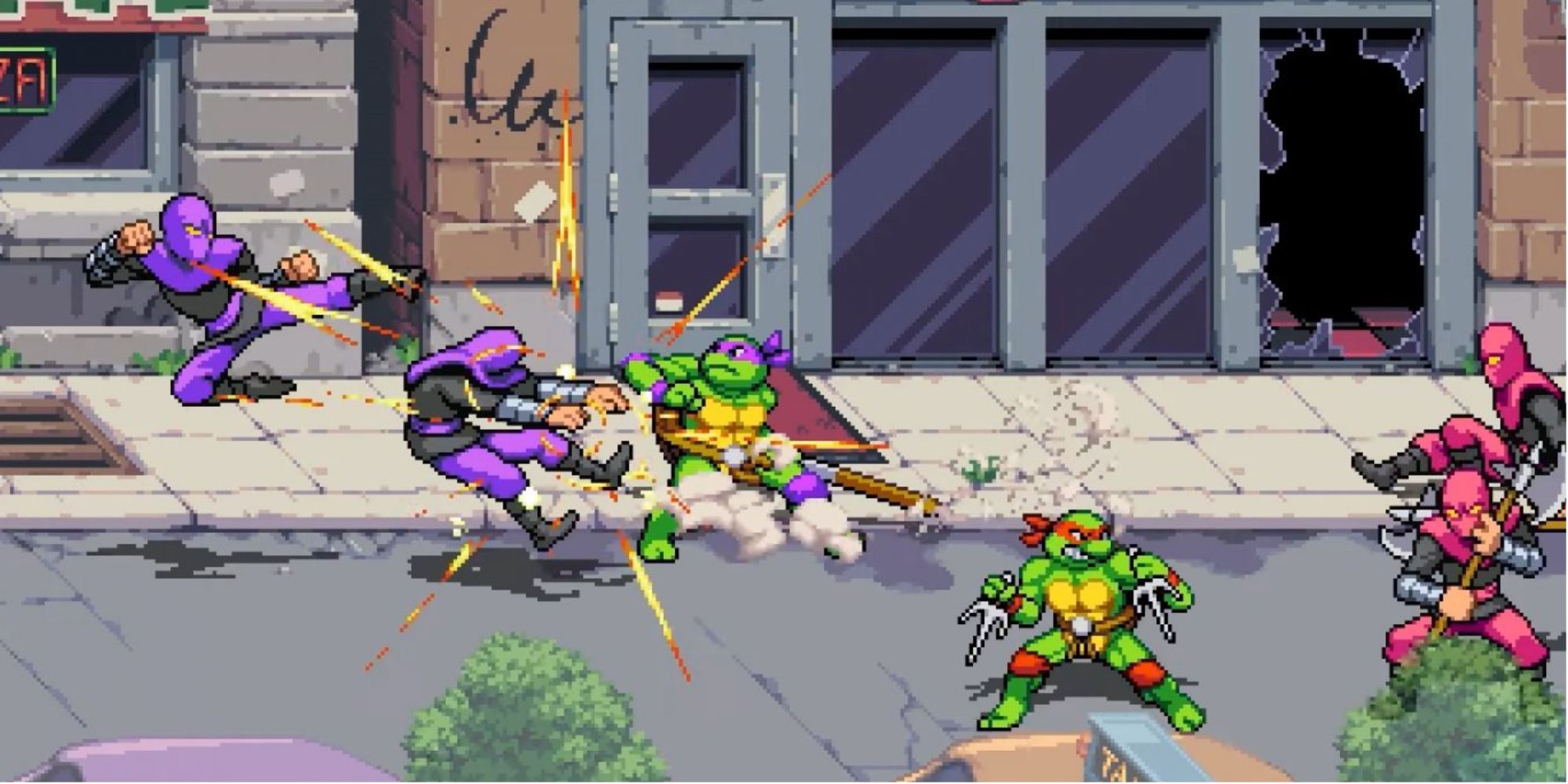 Many enemies and enemy types are found throughout your adventure in Shredder's Revenge, all of which have unique attack patterns and ways to get around them. While you can try spam-attacking your way through them in the early goings, that won't do you much good in the later stages when you have groups of different enemies thrown at you seemingly all the time.

To avoid being overwhelmed by a mixed bag of enemies, try learning each enemy's strengths, weaknesses, and attack patterns as you progress through the game. This also goes hand-in-hand with learning the game's control list, which we mentioned earlier, as knowing how to perform anti-airs or attack low-sitting enemies will go a long way in this game.

Try Every Character Out 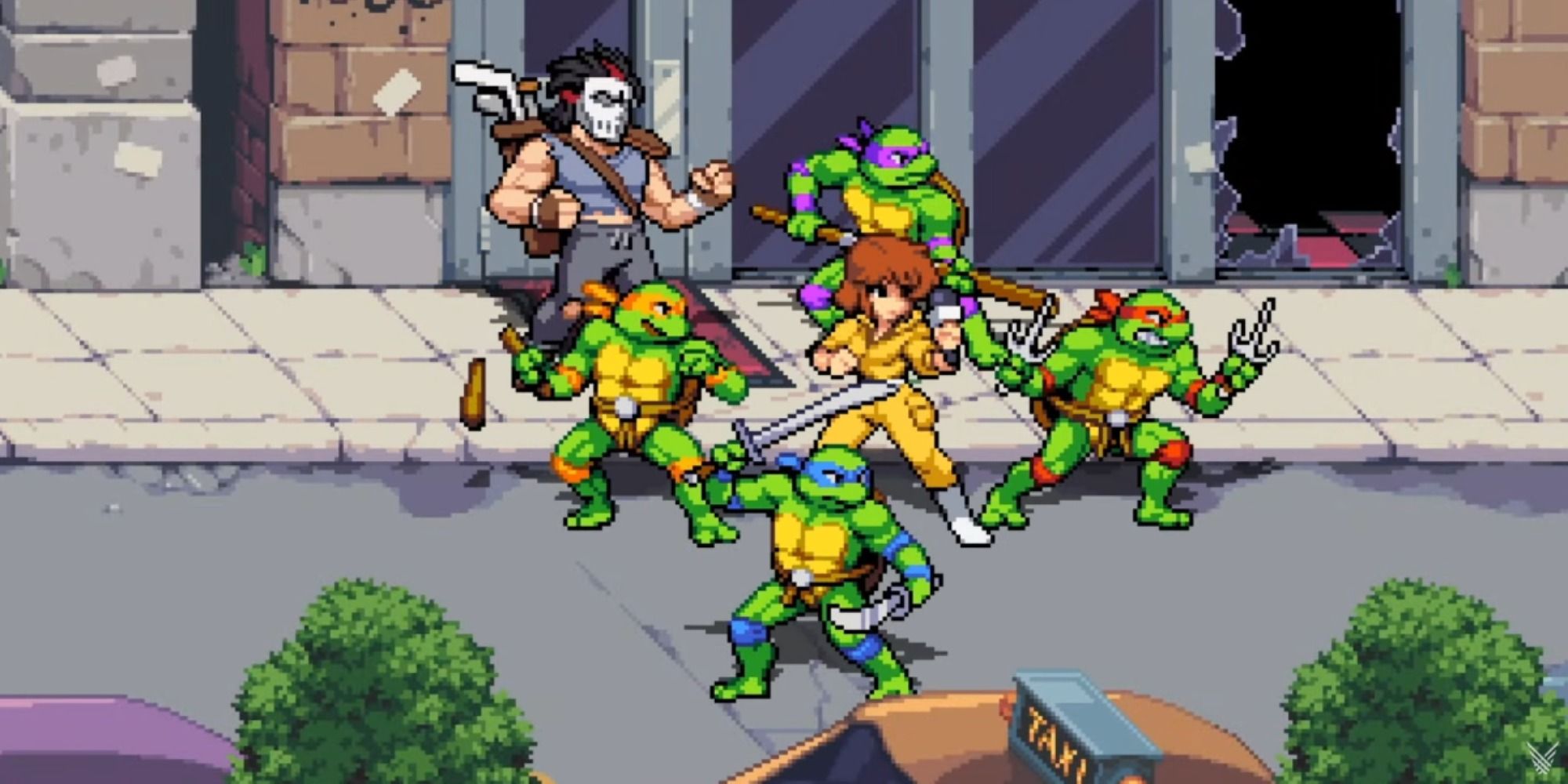 Though you may not want to abandon your favorite turtle, giving everyone a fair shake as you progress through the Story Mode is essential. Not only is every character unlocked from the jump (aside from Casey Jones), but each playable character has unique stats, abilities, and weapons that make them feel and play differently from one another.

Even if you are vibing with your personal favorite character, we strongly urge you to pick up others, especially in the story mode, just to test the waters and see who you like and dislike. It's also crucial to know that characters level independently from each other, so if you want to max everyone's level, you should switch off to a new character once you max someone's level to cut down on some of the grind.

Don't Get Caught Up On Challenges 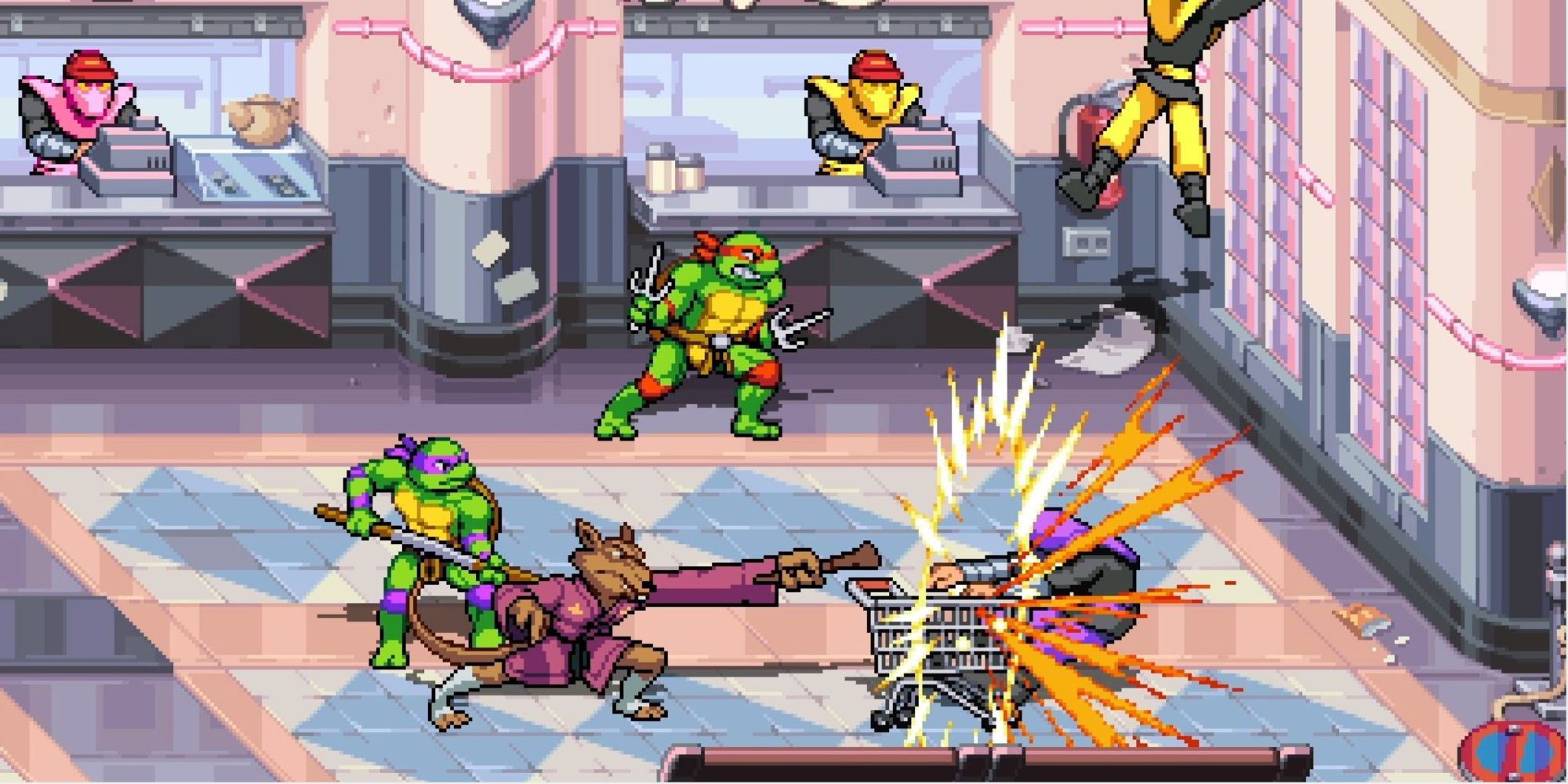 Each episode in TMNT: Shredder's Revenge will have three challenges available for you to complete, some easily doable and others incredibly hard to pull off for even the most skilled player of the genre. While obtaining every Achievement/Trophy in the game requires you to clear every challenge, they ultimately do not matter your first time through.

So, to avoid going down the dark path of restarting each episode the moment you fail a challenge, we suggest ignoring them until you have cleared the game at least once. Not only will you have access to jump into each episode at your leisure, but you will also have Casey Jones on your side, making some of the challenges easier to handle.

Use Your Super Wisely 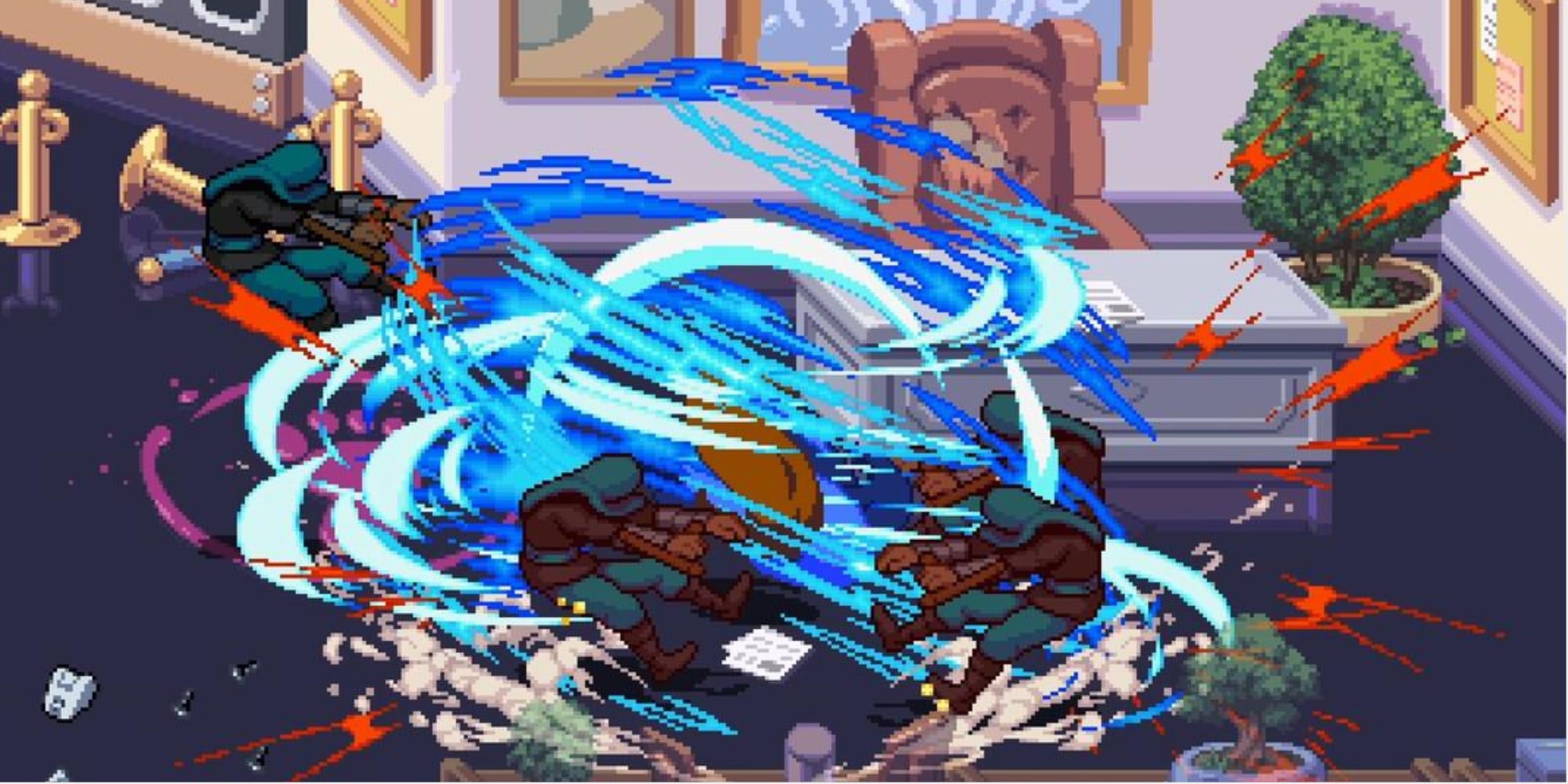 Building up your Super in Shredder's Revenge takes a bit of skill, requiring you to land several hits without taking any damage, so it's natural to want to use it as soon as you have it available to see your character's unique Special Attack. However, wasting your Super early in the episode may come with some serious downsides, as the further you advance, the harder it will be to get it back.

Knowing when to use your Super is a case-by-case basis, but our general rule of thumb is to use it when facing off against the boss or when you make a mistake and are suddenly surrounded by a large group of enemies with seemingly no way to deal with them. Using it any other time is practically burning it and wasting its true potential, so be mindful of when and where you activate it! 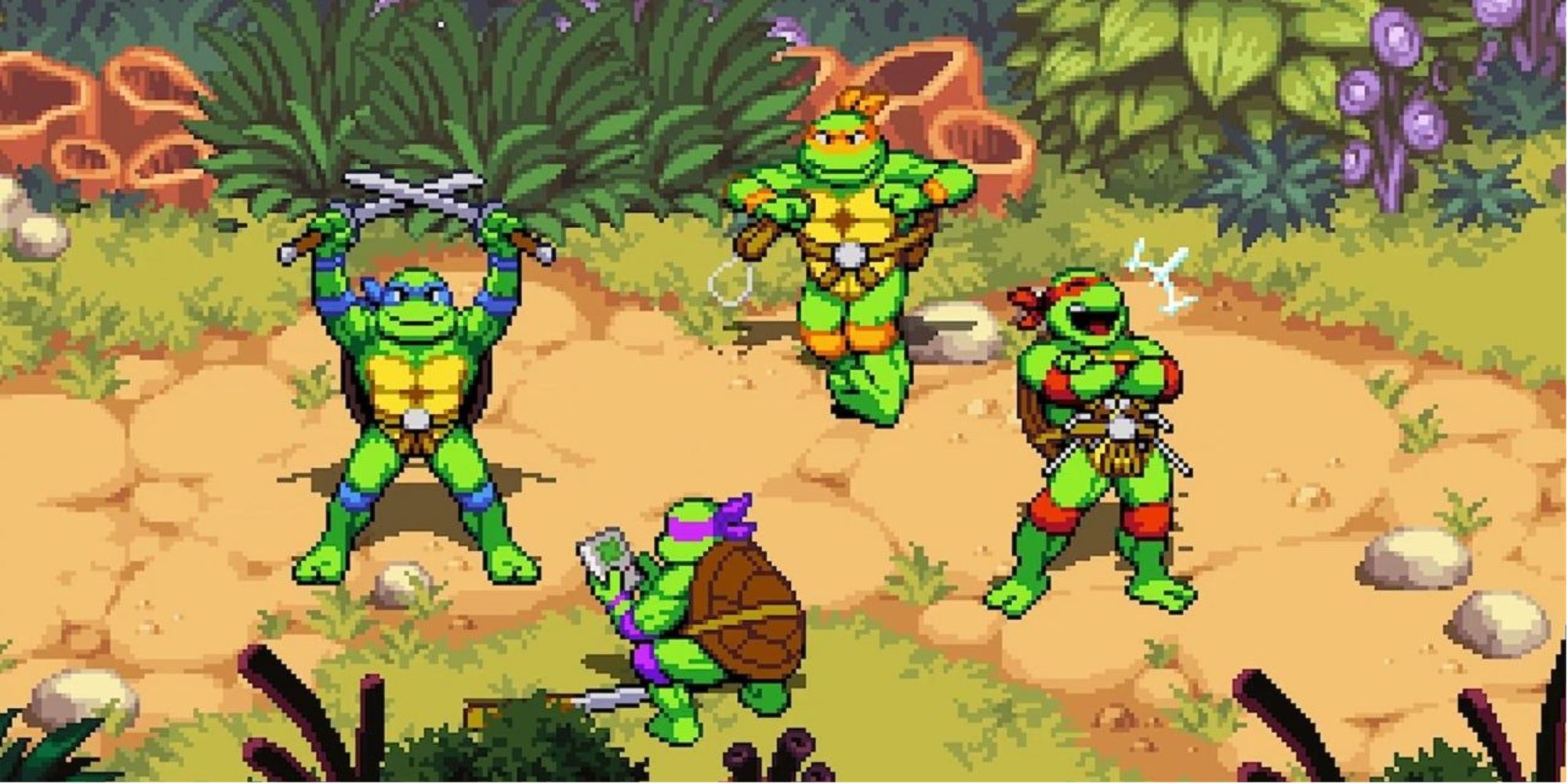 Continuing briefly with Supers and how to fill your gauge, let's talk about the most underutilized tool at your disposal, Taunts. Taunts may seem inconsequential in the grand scheme of things, but they are actually incredibly useful and should be used frequently. Not only can Donatello pull out a Nintendo Game Boy, but performing a Taunt will build your Super meter, making it an excellent way to earn your Super passively.