Pokemon still dominates competitive monster battling, but Temtem is proving to be a colorful alternative. You play as a custom tamer in an MMORPG world, traveling around, collecting Temtem, and challenging other tamers. While there are similarities between the Pokemon and Temtem worlds, there are some notable differences that should be taken into account.

This is particularly important when it comes to combat. In some areas, there's a gradual buildup to strength, while others can surprise you with their toughness. If you keep the following in mind, you'll have a good grasp of how combat works and what you'll need to do in order to win. 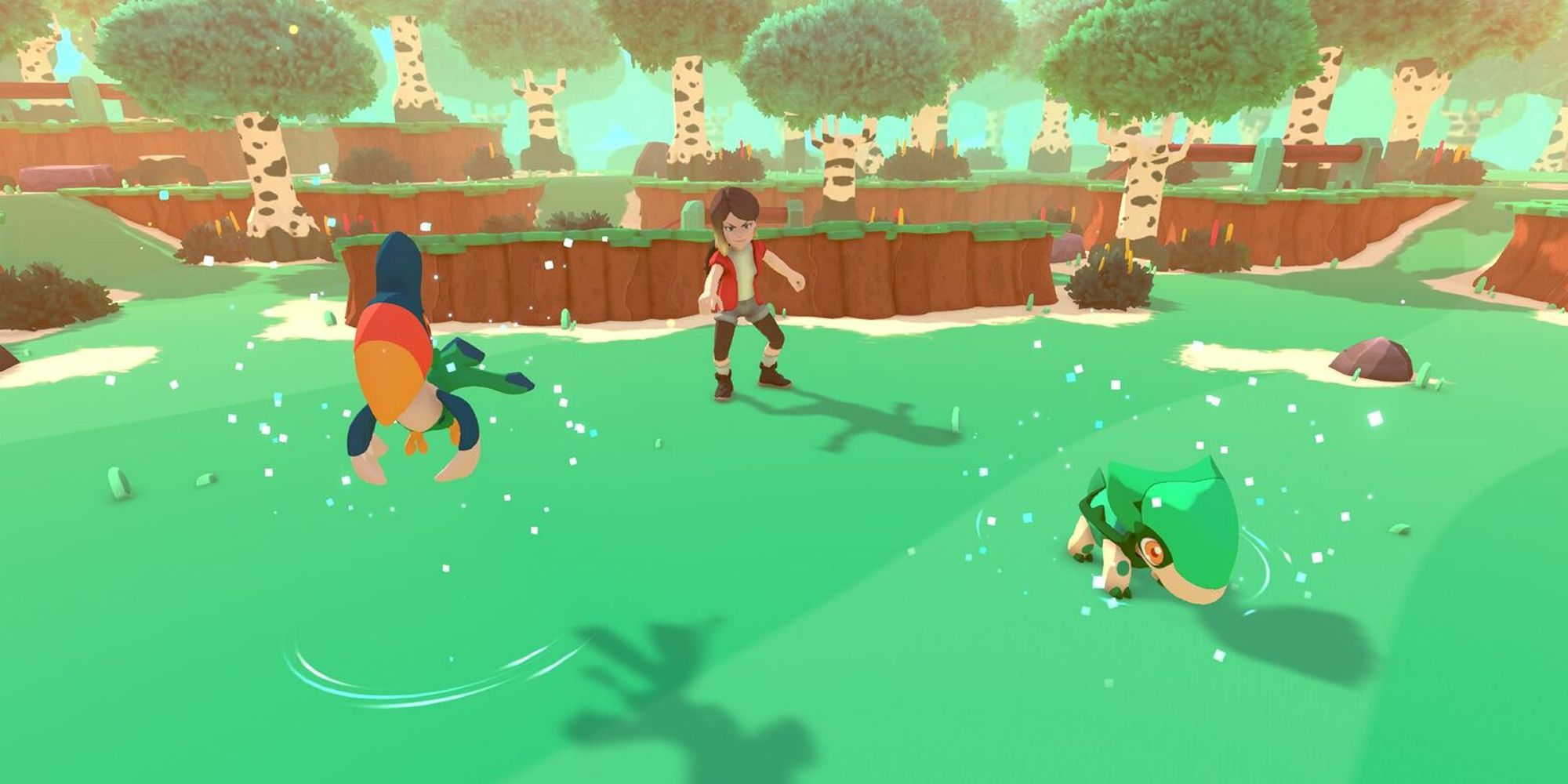 For details on every type in Temtem and its strengths and weaknesses, check out this guide!

It also uses a turn-based system where each Temtem moves once per turn, and turn order is determined by speed. You can use items to aid your Temtem in battle, and they can be given items that will have varying effects. Temtem also have passive traits which affect their moves, stats, and reactions.

Adjust Your Strategy For Dual Battles 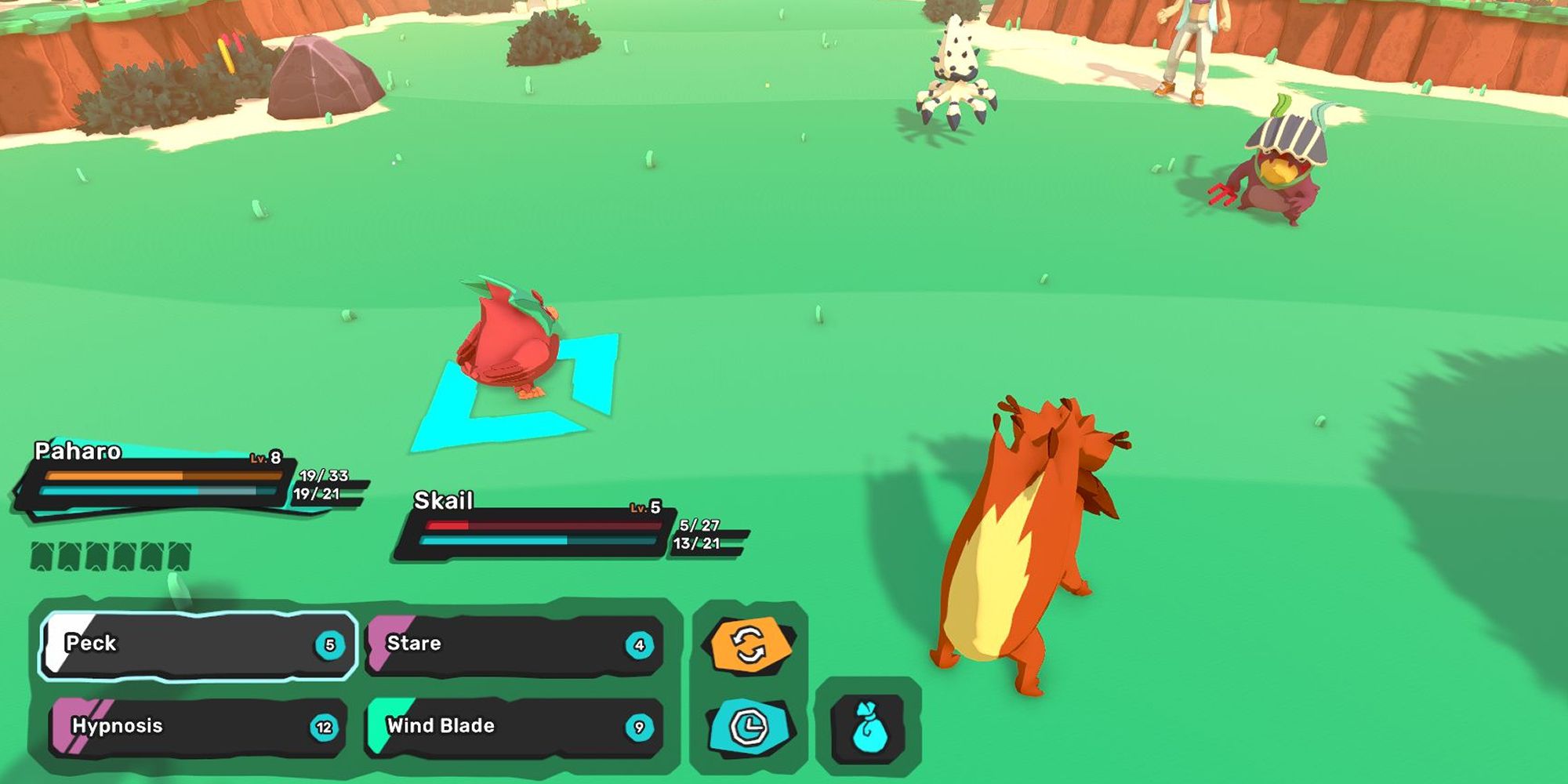 As soon as you get your second Temtem, you'll learn that you can have two Temtem fighting at once no matter the opponent. As such, this means you'll be getting a number of items and moves that can affect multiple Temtem at once.

It may be tempting to stock up on the most powerful offensive moves, but you'll need to accept the fact that some Temtem are more suited to a support role and should be trained as such. Keep this in mind when using moves that affect the whole field, not just the enemy team. 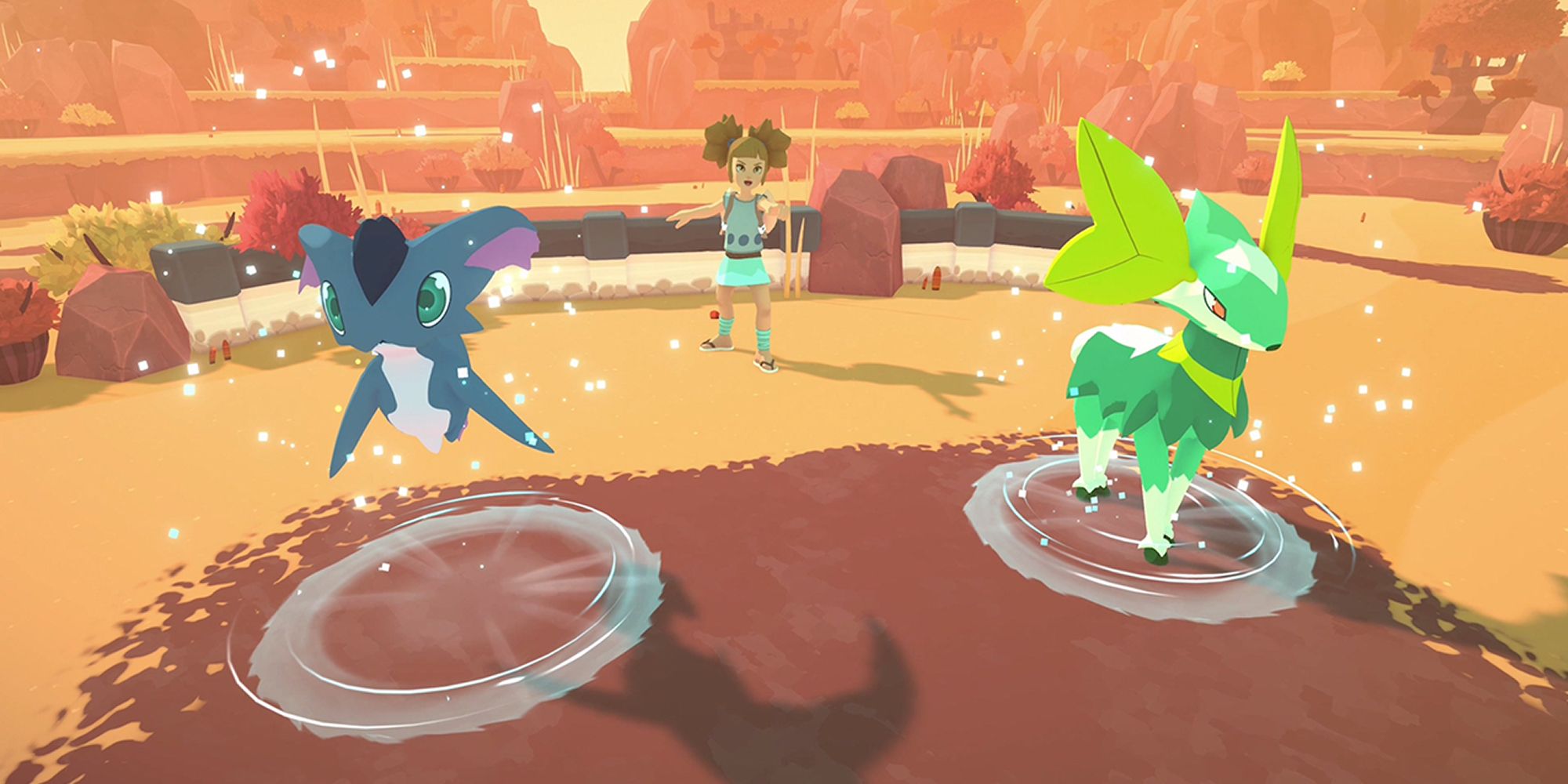 Since you can have two Temtem fighting at once, Synergy is going to play a big role. A simple way to take advantage of this is to have Temtem of the same typing, so they can boost each other.

More specific are Synergy moves. Occasionally, a Temtem will learn a move that has a little plus symbol attached to it.

This means it will be affected by Synergy, with details of what type it needs to activate. The Synergy effects range from increasing the move's damage to making it cause status ailments. Experiment with different duos to get the most out of these moves. 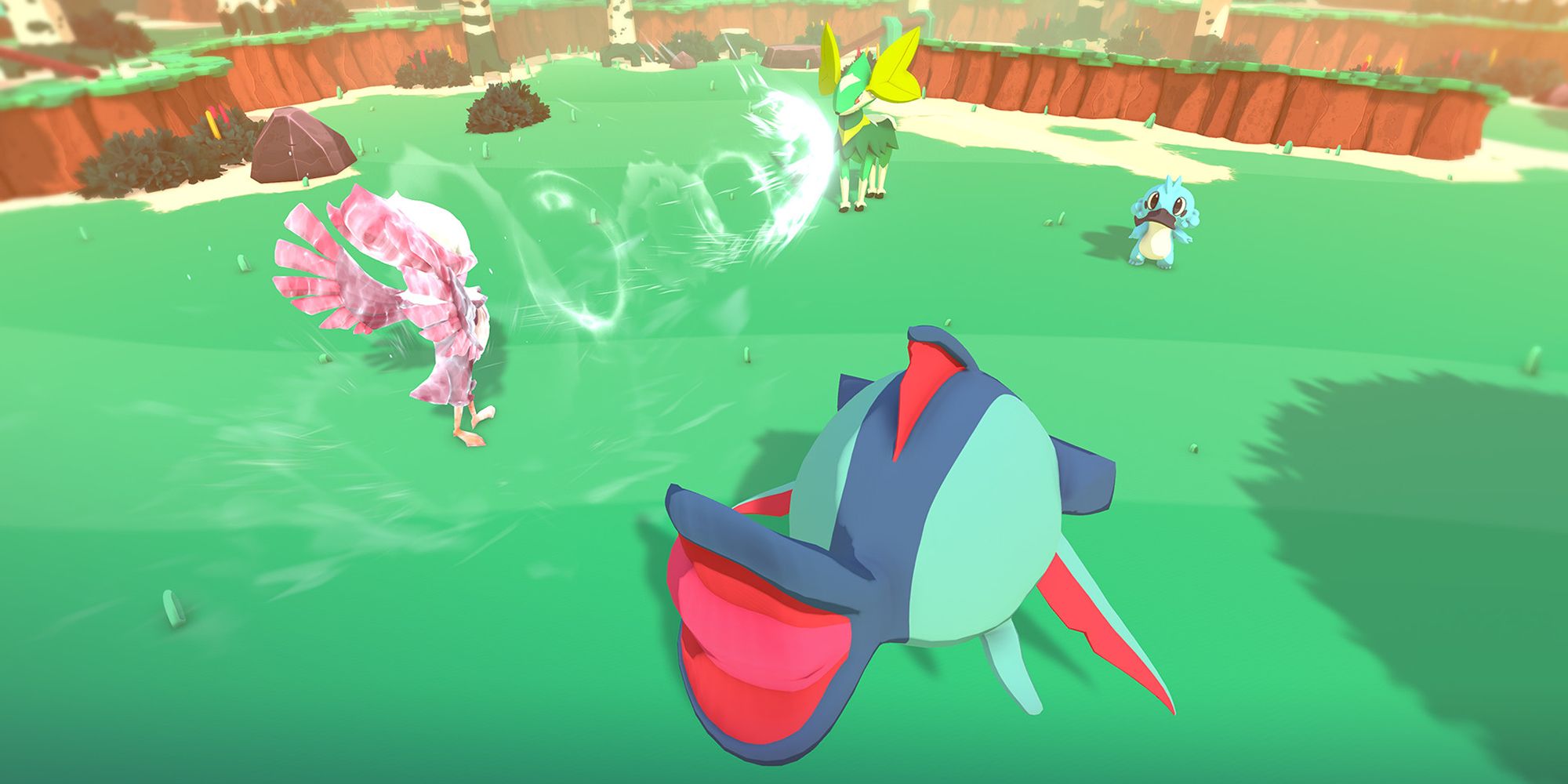 Instead of moves having a set number of uses, instead Temtem have a Stamina bar underneath their HP bar. Every time they use a move, Stamina is consumed, with certain moves being more demanding than others.

If a Temtem uses a move that requires more Stamina than they have remaining, they will take damage and will be unable to act the next turn. Because of this, you need practice managing your Stamina, making the choice to spend a turn using a recovery item or have your Temtem rest to regain more Stamina. 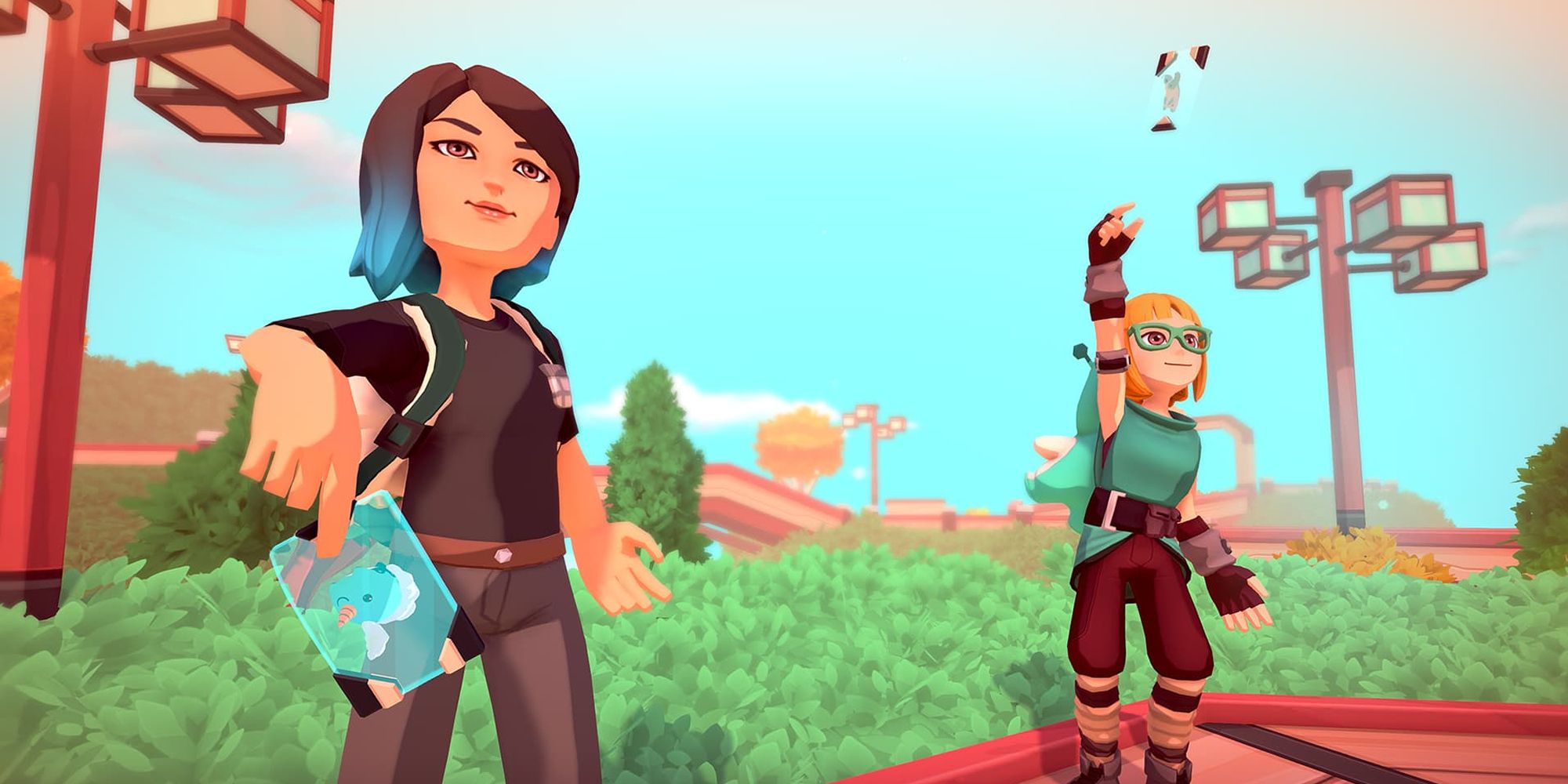 Each Temtem has its own passive ability, which can be common or unique.

Though you can't control which abilities you have, they can significantly alter the flow of battle. They can affect how certain attacks influence their stats, how certain moves change when used, or how they behave in relation to their partners and opponents.

Before taking on a dojo or a region with a fondness for certain types, make sure you have a team with passive abilities that complement each other and respond well to the attacks you're likely to encounter.