Tencent has led a $25 million investment in Lockwood Publishing, the maker of the 3D virtual world Avakin Life.

It’s a bet that makers of mobile games may have just as much chance of building a metaverse as PC or console platforms. The metaverse is a group of virtual worlds that are all interconnected, like in novels such as Snow Crash and Ready Player One. (VentureBeat’s next GamesBeat event on January 26-January 27 will focus in part on the metaverse).

Avakin Life has more than 200 million registered users on iOS and Android and more than a million who come back at least once a day. Previous investors Novator Partners, David Helgason, and Hilmar Pétursson also participated in the funding round. All told, it took about a year to close the deal, said Lockwood Publishing CEO Halli Bjornsson in an interview with GamesBeat.

The funding is a recognition that the company’s singular focus on Avakin Life is paying off with strong engagement and monetization as people buy customized objects in their virtual world. It’s worth noting that Avakin Life is more of a social place than a game. Tencent VP Bo Wang worked with the company on the funding. Tencent continues to invest in game companies, though with a greater focus on Europe these days. 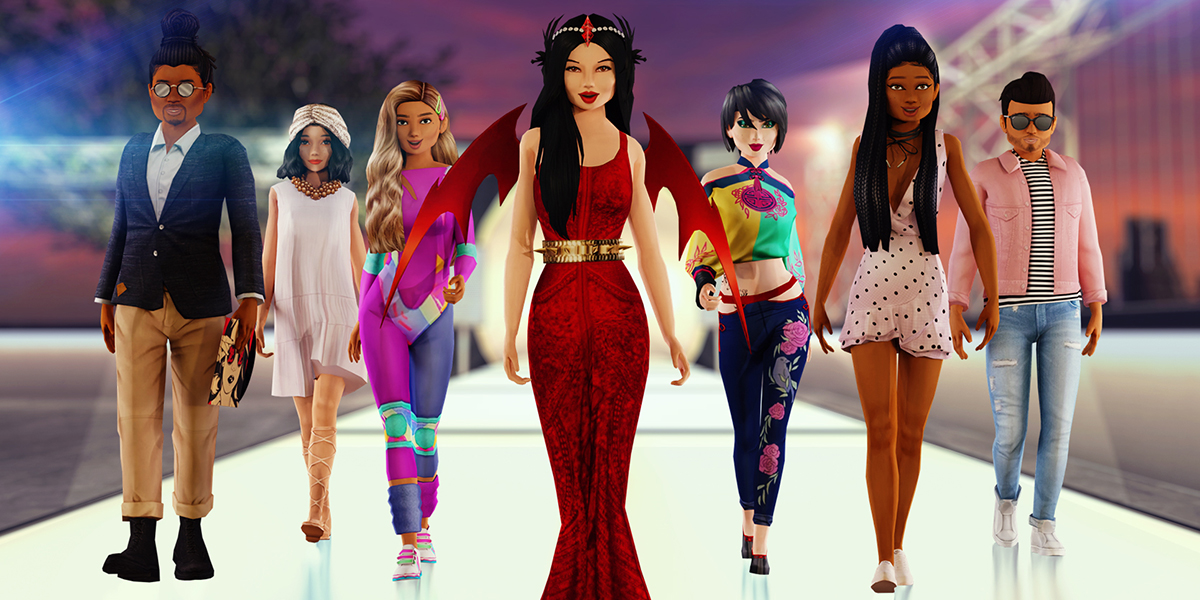 Above: Avakin Life can put you on the catwalk.

Avakin Life has been part of a long comeback for Nottingham, United Kingdom-based Lockwood Publishing.

Joel Kemp and Bjornsson founded Lockwood Publishing in 2009, and they decided to focus on making realistic games with 3D avatars for PlayStation Home, the ambitious Sony virtual world that was launched in late 2008 for the PlayStation 3 video game console. One of Home’s hits was Sodium, an online game developed by Outso and published by Lockwood Publishing.

But while PlayStation Home generated a core group of fans, it didn’t get the masses needed to keep it going. Sony shut it in 2015.

That was tough for Lockwood Publishing as it had all of its eggs in that basket. So the company scaled back from a team of 60 people down to about a dozen as it went into survival mode.

Lockwood started making mobile games, and the fourth one turned out to be a hit: Avakin Life. The lesson here was that the social component was more important than the game. By making it more social at every opportunity, Avakin Life had more legs.

“If you had done this as a game, you might have wrongly thought that the game was the thing that was keeping people there,” Bjornsson said. “The key is making it a social place.”

Launched in 2013 on Google Play, the game got traction with players who wanted to express themselves in a safe virtual world. The game also debuted on iOS, and it grew exponentially. This year, Avakin Life hit 200 million registered users.

“It was a lot of work,” Bjornsson said. “If we had known how much work, we might not have started it in the first place. It’s been quite a long overnight success.” 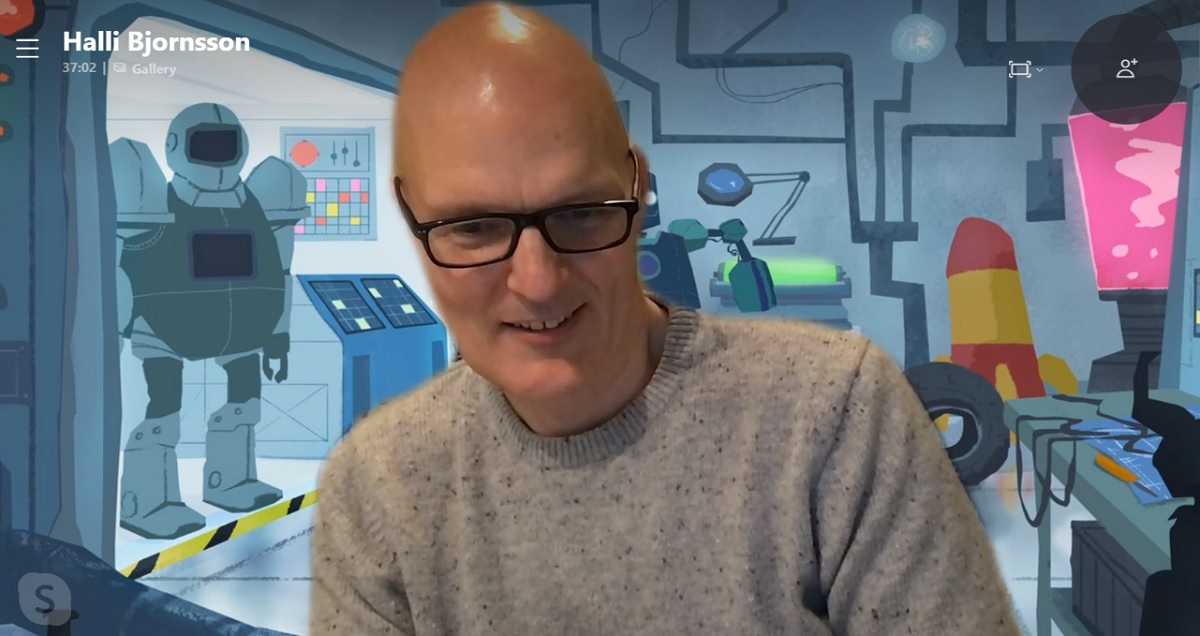 Above: Halli Bjornsson is CEO of Lockwood Publishing.

But it paid off, particularly after the company got rid of all of the bugs that stood in the way of paying for things. The timing was good, too, as mobile phones started getting better at showing 3D graphics animations. On the PC, virtual worlds started going into declines as they couldn’t live up to the hype, with some exceptions (like World of Warcraft, which still has millions of players despite launching in 2004).

For Lockwood, the growth of Avakin Life required a big expansion, as the developers had to keep seeding virtual items and other merchandise that players could buy into the world. There are now more than 200 developers across four offices at Lockwood.

“We’ve always been so committed to it, because it got so many downloads at the outset,” Bjornsson said. “We were lucky with the timing.”

Lockwood needs a lot of people because it has taken the approach of supplying all of the objects in the virtual world: the decorations, clothes, homes, furniture, and accessories. Other virtual world games like Roblox, Minecraft, and Second Life rely upon the players to create everything in the world. 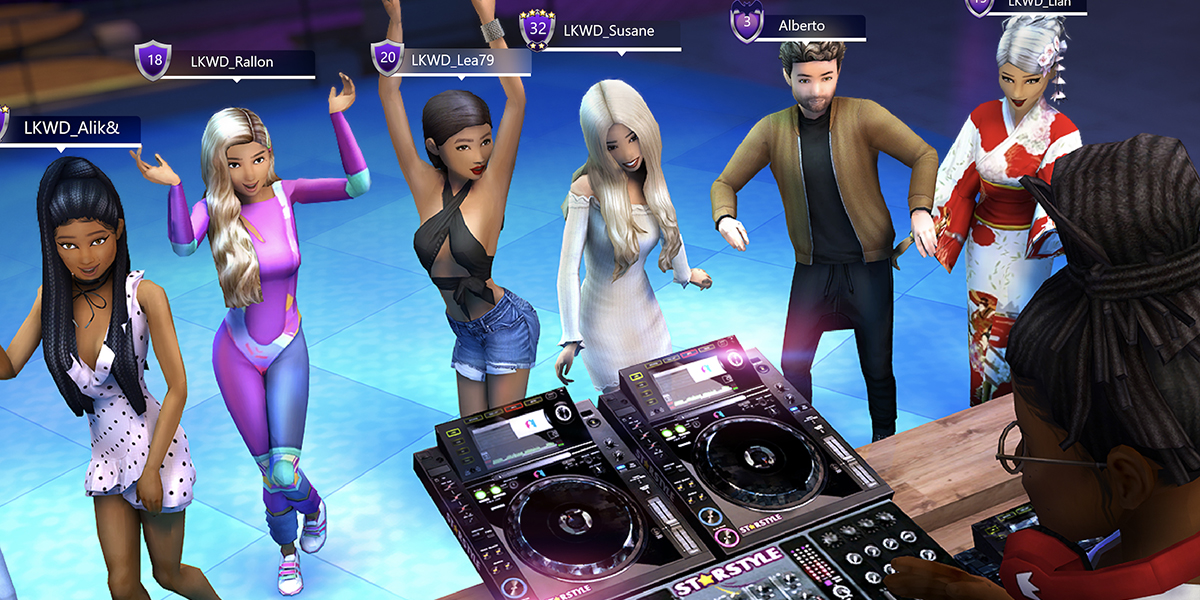 Above: Time for a DJ party in Avakin Life.

Over time, Lockwood may consider user-generated content, Bjornsson said. But that would require a lot of investment. And Bjornsson remains focused on generating content for the community, making it richer so players can be more creative. He is also thinking about how to turn the community into something bigger, like a metaverse.

“We’ve always been interested in the metaverse,” Bjornsson said. “In a way, we are already there. You log in to different locations. There’s this romantic idea of the Oasis from Ready Player One. You can exist and play in a world of your collective imagination.”

Bjornsson was inspired by science fiction worlds like Star Wars, Star Trek, and Tron when he was growing up, and the storytelling about the metaverse has been spreading to new generations with Ready Player One, he said. We have parts of the metaverse available today in the form of Grand Theft Auto Online, he said, but you can’t instantly transfer from one world to another with all of your friend lists and avatar attributes intact. When you can do that in real-time, that’s the real metaverse, he said.

When that becomes possible, the metaverse could take off, as multiple generations are ready to get out of the Zoomverse and go into something more exciting.

But while the metaverse is attractive, Bjornsson doesn’t want to take his eye off the here and now, which is for Lockwood’s purposes Avakin Life. The company never invested much in marketing and it has avoided a hype cycle around Avakin Life, growing organically.

“You create some sort of space beyond your preconceptions about what people would want,” Bjornsson said. “And that’s really where we see the players really influencing to a much greater extent what they want. As a game developer, you sometimes you can easily fall into this trap that people want to play my game. But actually, they have some other desires. You give them the space to do that.”

The company also hasn’t deliberately set out to create a metaverse. The fact that it’s a contender is almost accidental, just as some folks say the 2D metaverse — like with Animal Crossing: New Horizons — is more likely to amass users than a 3D universe.

“We saw how long it takes to develop a world and for the community to form,” Bjornsson said. “We saw how important social is. But we fell into this. Our style has been steady organic growth.”