One of the most chaotic boss fights in Terraria is the Empress Of Light. This Lisa Frank-esque fairy is part of the Hallow biome and is only available in Hardmode. Hardmode turns on in your world after killing all the main bosses at the beginning of the game, ending with the Wall Of Flesh.

The Empress Of Light is an optional boss that may even be set off by accident. You can only summon her after the sixth Hardmode boss, the Golem, is defeated. Because of this, you’ll be near the end of the game when it’s time to take her on.

There’s a very specific way to summon the Empress Of Light. You don’t need to find an item to consume or anything. You simply have to wait at a specific time of day for a specific type of bug to flutter by. If you want extra alternative loot, you can simply capture the bug, which is the summoning item, and wait until daytime to release and kill it. The boss fight becomes harder during the day but you get a different, guaranteed weapon. 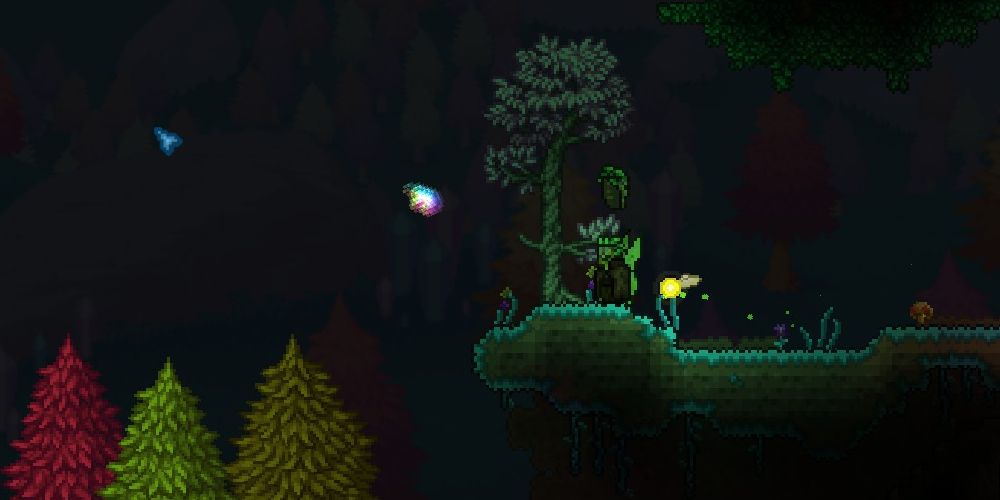 During the late evening when there’s no event like the Blood Moon happening, you must wait in a Hallow biome for a Prismatic Lacewing butterfly. It’s not an enemy that will attack but rather a colorful and bright butterfly that just flies around.

It’s called a Prismatic Lacewing, which can be confirmed by hovering over it with your mouse, and you’ll want to make sure no summoned minion or passive attack kills it before you do as this will cause it to not work. To summon the Empress Of Light, you yourself have to melee-kill the lacewing. This will immediately spawn the boss.

Before you go about summoning the bright and colorful queen, you’ll want to prepare. Since this is a boss fight that can only happen after defeating the Golem, you’ll have and need high-tier armor and weapons. 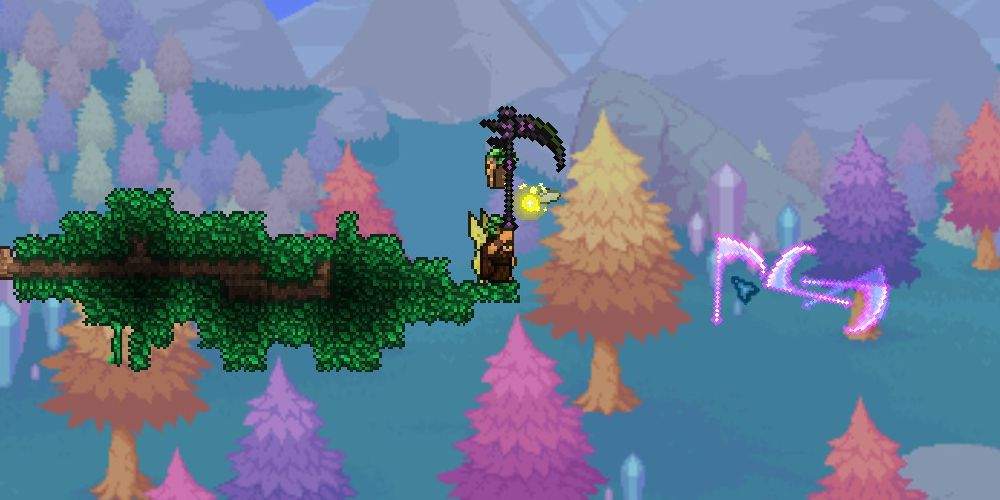 After defeating the Golem, you’ll be able to break the strongest block in the game, Lihzahrd bricks. This means you’ll need better armor to mine than anything that’s below Chlorophyte to take on the Empress. Anything from a total of 3o to 60 defense should do the trick. Some examples are Shroomite armor crafted with Shroomite bars made from Chlorophyte and Glowing Mushrooms, armor the Tavernkeep sells, and Turtle armor.

The weapons you’ll want to bring with you are anything fast, anything with projectiles, and possibly some summons. The Empress Of Light will be fast and chaotic, so any weapon with high speed will be in your favor even if the general damage is low.

You’ll also want a summon that can fly rather than one that can only walk or be set in one spot on the ground. Some examples of fast weapons are the Christmas Tree sword, the Yelets yoyo, and the Golem Fist. Some summoning items to try are the Xeno staff, which spawns a UFO, or the Raven staff.

The main thing you want to make sure you can do is dodge all of the Empress’ laser attacks. The reason her fight is so chaotic is that she spawns millions of bright lasers that move and sometimes hone in on you. 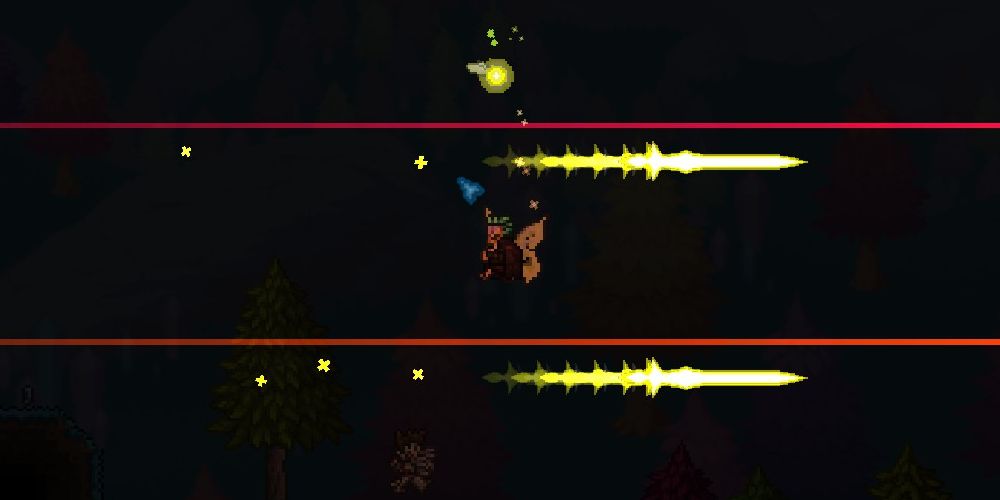 If you’re stuck to the ground it can become impossible to dodge these, especially with her zooming through the air. With wings, you’ll be able to go very high into the air and hover there with her. Being in the air with such control allows you to dodge these lasers with ease and gives you better access to physically touching the Empress with a weapon.

Wings are Hardmode items that allow you to fly high into the air, glide downward, and hover for a short while. There are multiple different kinds that can be crafted with different things. You can get fairy wings made from pixie dust and souls of flight or spooky bat wings from a broken bat wing and souls of flight.

Each type of wing has slightly different stats related to time spent in the air, how high you can go, and how long you can glide. Any type of wing is good so long as you can stay in the air long enough to do damage to the Empress and then take a break on the ground and repeat.

All of the Empress Of Light’s loot is just as cute and colorful as her character design. If you were growing a kawaii collection of cute weapons and armor, you’ll want these as well. 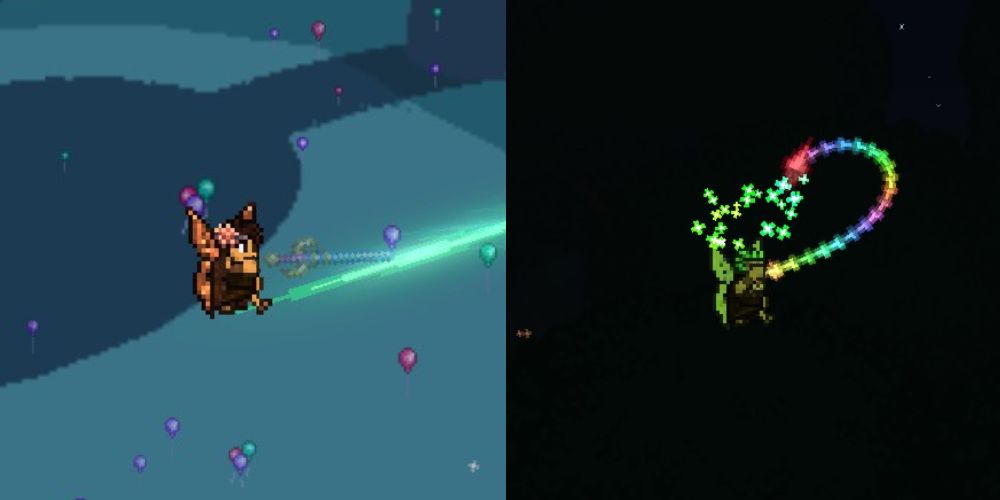 The Empress has a chance to drop a Starlight sword that has 80 damage and is insanely fast. It may have lower damage than end game items like Meowmere, but it kills faster due to its speed. You may also get a mask of her face and a trophy, colorful dye, or a custom game cursor that shifts colors. The other weapons she drops are an Eventide bow, a Nightglow bottle, a Kaleidoscope whip, a deadly guitar, and a Terraprisma sword. The bow fires multiple flashing arrows with great speed for 50 ranged damage. The Nightglow bottle is an item you hold that when activated, charges colorful daggers at enemies for 50 magic damage.

The Kaleidoscope is a very fast whip that makes any summons you have focus on the enemy you hit. It does 180 summon damage. The guitar known as Stellar Tune is a magic weapon that you play tunes with to summon forth deathly fast stars for 85 magic damage. Last but not least, the Terraprisma. It’s labeled as a summoning weapon because it summons three versions of the sword to hone in on enemies. The Terraprisma itself can only be dropped if you face the Empress Of Light during the daytime instead of night. All of these weapons go at great speed despite their lower damage for end-game material, making them deadly.

Next: Terraria: How To Defeat The Wall Of Flesh 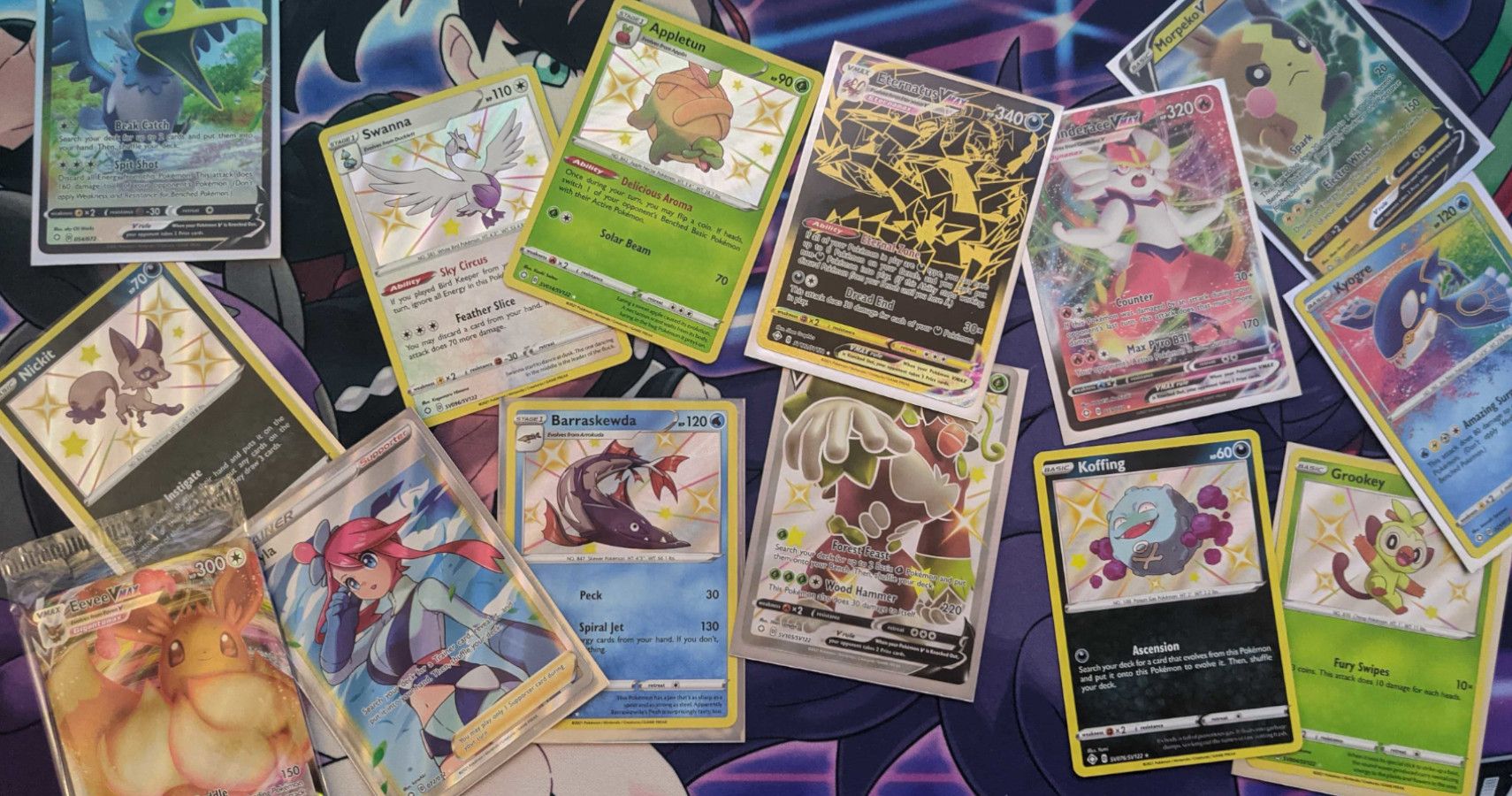