"Team looks fine. Where's Ice Beam, though?" When competitive players review each other's rosters, this is one of the most frequently asked questions. This single move, this chilly gleam, is that important. Like anything "pro strat," it's less important in the main game, but having it can still be a big boon especially if you aren't planning on doing any grinding on your way to the championship.

Pokemon Brilliant Diamond & Shining Pearl absolutely abounds with Water-types, the vast majority of whom can learn Ice Beam (or another Ice coverage attack) so that players don't need an Ice-type in order to proceed. Water-types are also far more numerous early on, making them all the more appealing alternatives.

But for the best displays of glacial strength, STAB ("Same Type Attack Bonus") will always reign supreme. A Water Pokemon using Ice Beam has 90 base power. An Ice Pokemon's STAB turns 90 into 135. The appeal is plainly apparent. So if you want the full "floe" for every foe, consider an Ice-type Pokemon. In fact, consider one of the following in particular. 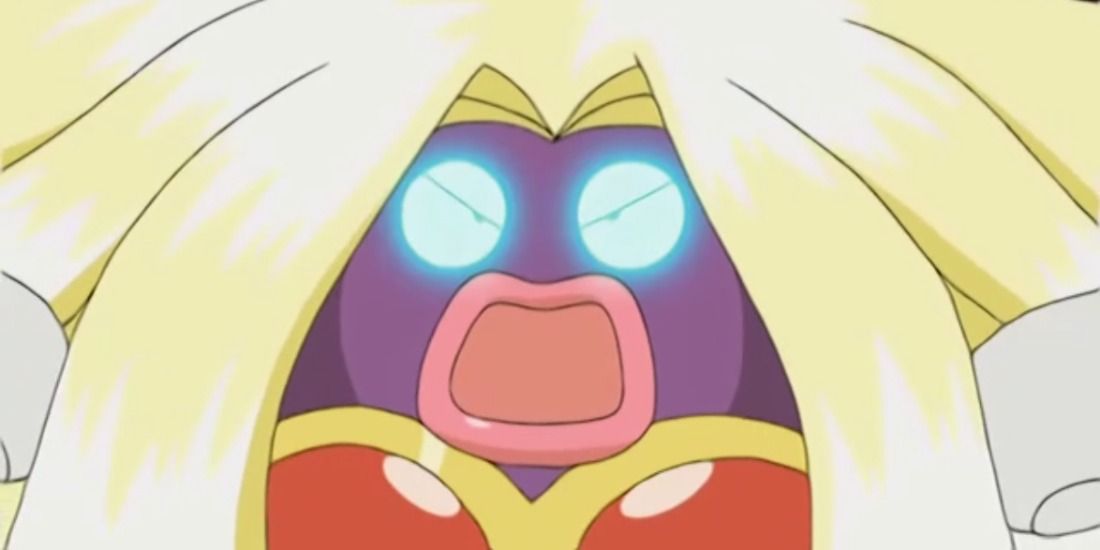 Jynx is available near the beginning of Pokemon Brilliant Diamond & Shining Pearl, which automatically makes her noteworthy among her fellow Ice-types. She's listed as being a part of the National Dex, but Smoochum can be found as soon as the player is granted access to the Grand Underground. Simply level Smoochum to 30 and voila.

Ice/Psychic isn't the most defensive type combination by any means, but Psychic is nearly as glorious to have for STAB as Ice. A Special Attack stat of 115 gifts Jynx with considerable firepower for moves like Psychic or Psyshock as well as the imperative Ice Beam. Jynx's HP is bad and her Defense is practically nonexistent, so be careful with your timing, but if the conditions are savvy for it and there's a chance to bolster her Special Attack by a further two stages with Nasty Plot, always take it.

With so many Pokemon in the franchise these days, it's more than a bit hard to believe that Jynx is the only species that learns Lovely Kiss. It's not quite as accurate as, say, Spore, but a 75 percent chance to put the target to sleep still beats out the more common Hypnosis' 60. 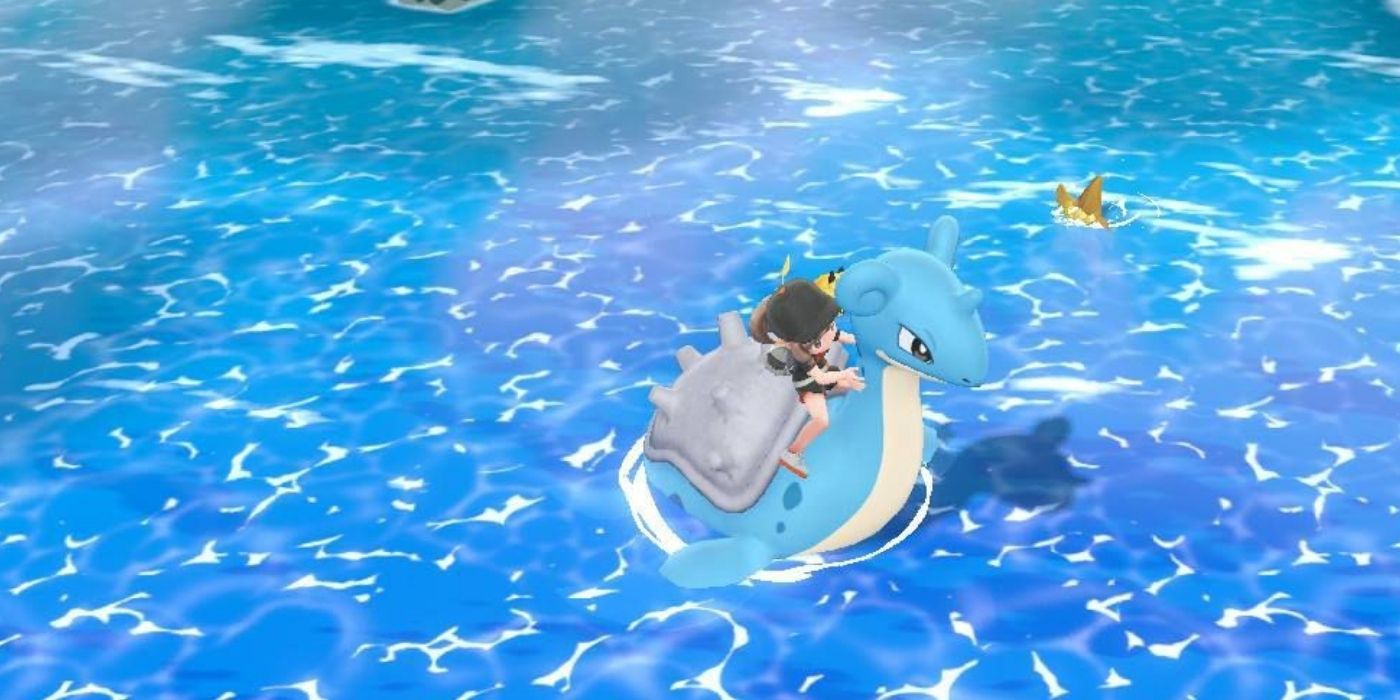 Water/Ice is without doubt Ice's most common combination. Seven Pokemon have it in BDSP, which is relatively low compared with many other games in the series but still enough to give some folks pause on which among them is worth their time. Well, every Pokemon is worth your time, and your love, and your food, according to the citizens of Sinnoh and every other region in the franchise. But Lapras is worth your time, love, food, and one of those six coveted spots on your roster.

A base HP stat of 130 doesn't award Lapras with a spot on the list of 15 Pokemon with the highest HP value, but it doesn't have to. It's still head-turning. A modest 80 Defense means Lapras will still have a hard time handling the more robust physical-based moves, but its higher Special Defense helps with the rest. Whether Lapras has the Hydration ability (which cures any harmful status effects when Rain Dance is active) or Shell Armor (which prevents critical hits), there's nothing bad to say about either.

Ice Beam would ordinarily be enough to tell trainers not to waste a slot on another Ice-based move, but Freeze Dry is super-effective against Water-types. This will startle many many players online and downright shock any NPC. Well, if NPCs were capable of feeling anything, that is. Tack on Hydro Pump and perhaps Rest if your plan is to make Lapras a special-specific wall. 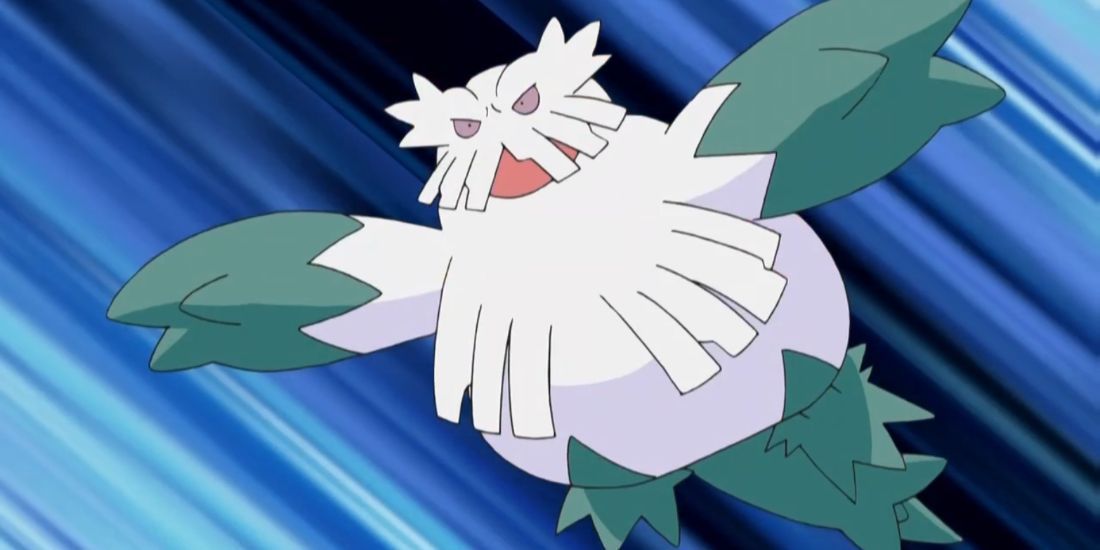 Grass/Ice is kind of terrible — there's really no getting around that. It makes Abomasnow weak to the following types: Fighting, Poison, Flying, Bug, Rock, and Steel. Oh, and it's doubly weak to Fire. Yeah, that's bad. On the flip side, it means Abomasnow takes half-damage from Water, Grass, Electric, and Ground. All of those save for Grass are going to pop up aplenty in post-game shenanigans. Ultimately, what we're saying here is Abomasnow is highly situational.

Whew, what nice situations it can get into, though. Abomasnow's Attack, Defense, Special Attack, and even Special Defense are all sturdy. Granted, its Speed is abominable. But look at this yeti's name. Something had to be.

Terrible puns aside, here are some ways to make the most of Abomasnow's potential grassy and icy might. Snow Warning calls forth the hailstorm weather effect when Abomasnow is on the field; Blizzard's accuracy springs from 70 percent to 100 percent under these conditions. Wood Hammer is the kind of attack that is only ever crippled by the fact that physical-based Grass-types are somewhat rare — 120 base attack power with no blatant downsides is a heck of a thing. Round things out with either Earthquake or Focus Punch and this is one capable yeti. 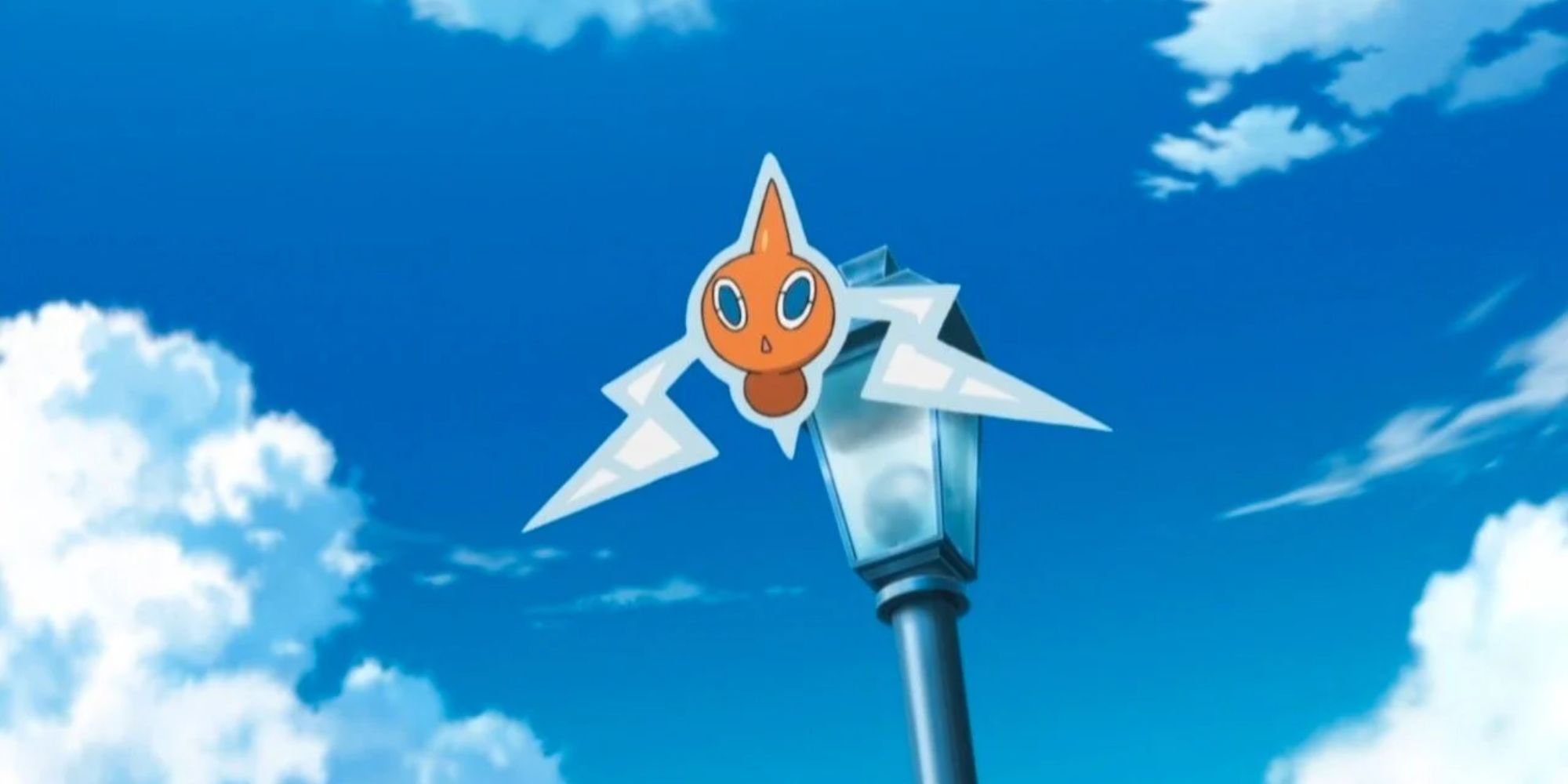 Rotom-Frost is Electric/Ice. Up until Sword & Shield, this was the sole instance of that combination. Even now, it only shares the stage with Arctozolt. Thunderbolt is about as well-regarded a move as Ice Beam, and having STAB for both is sublime. Fit Will-O-Wisp in if burning is your style, or consider adding Substitute to complement Rotom's inherently high Defense and Special Defense. Thunder Wave and Toxic are decent replacements for Will-O-Wisp if you're still searching for something similar.

There's not a whole lot else to say about Rotom-Frost. Its STAB is its defining feature, but the Levitate ability's Ground-type negation is another solid reason to consider this little guy. That won't be possible until the post-game, sadly, but Rotom's typing versatility does make it quite helpful at the Battle Tower. 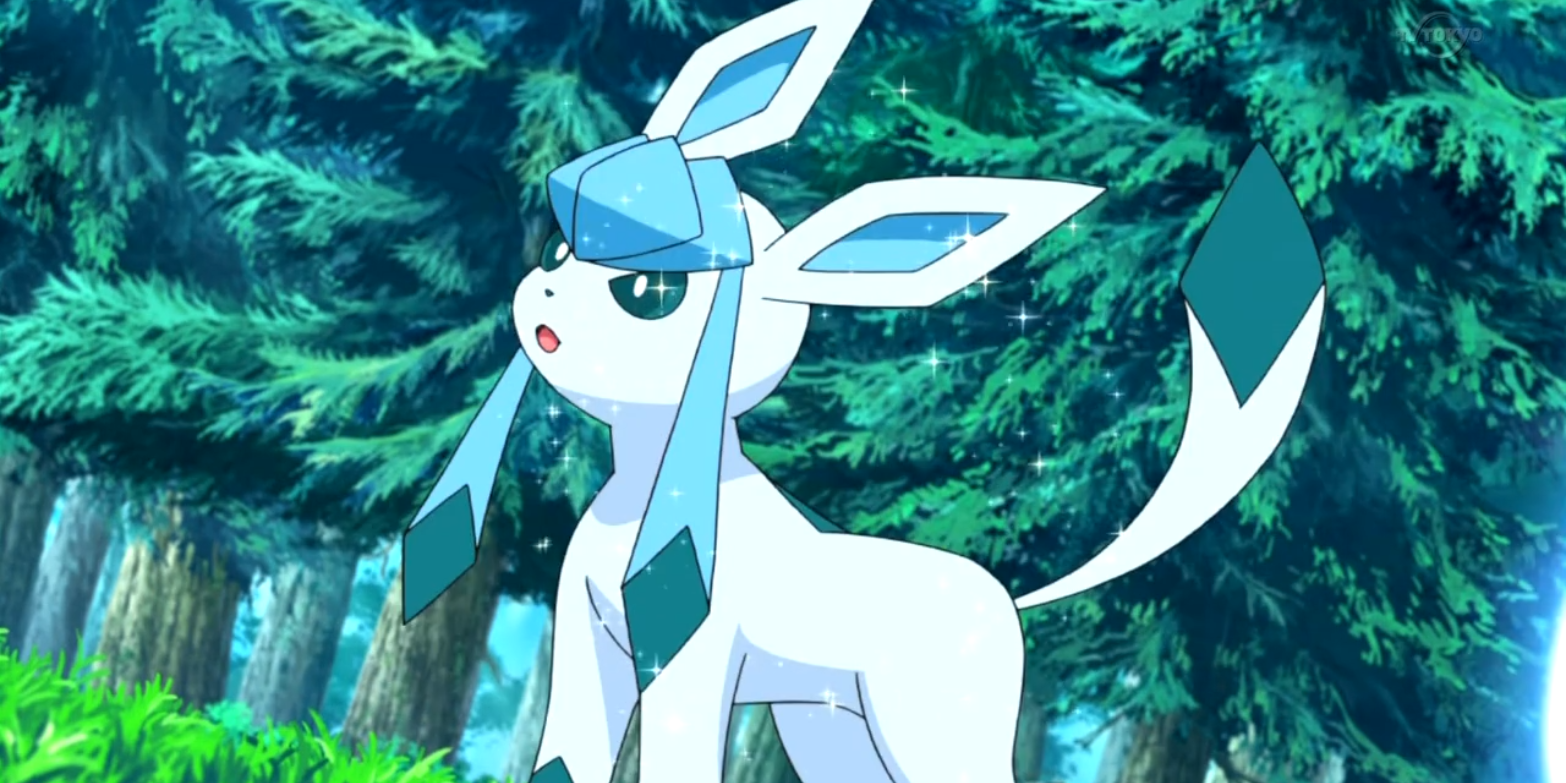 It's a shame Eevee's two Sinnoh-introduced evolutions are both unavailable until post-game. They're two of the most iconic Pokemon introduced in the original Diamond & Pearl and their popularity persists all these years later. But it is what it is, and while Glaceon's late arrival to the scene prevents its usage the first time one challenges the League, it can still kick butt and take names during Gym Leader and Elite Four rematches.

Glaceon's Special Attack stat is the highest an Ice-type has in Brilliant Diamond & Shining Pearl, besting even legendaries Articuno and Regice. Setting up an unmissable Blizzard with Hail makes Glaceon the cutest complete monster Sinnoh has ever seen. As a bonus, the Snow Cloak ability renders it not just impervious to hail but also boosts evasion by 25 percent. You can't hit what you can't see.

It's imperative that you milk Glaceon's Special Attack for all it's worth, seeing as its Attack is so much lower. Shadow Ball can assist with Ghost coverage if there's no Gengar or other ghastly ghoul on your squad. Signal Beam is there for Bug coverage. There's always Hyper Beam, too, and Glaceon is surprisingly bulky for its size so that recharge turn isn't as concerning as it could be. 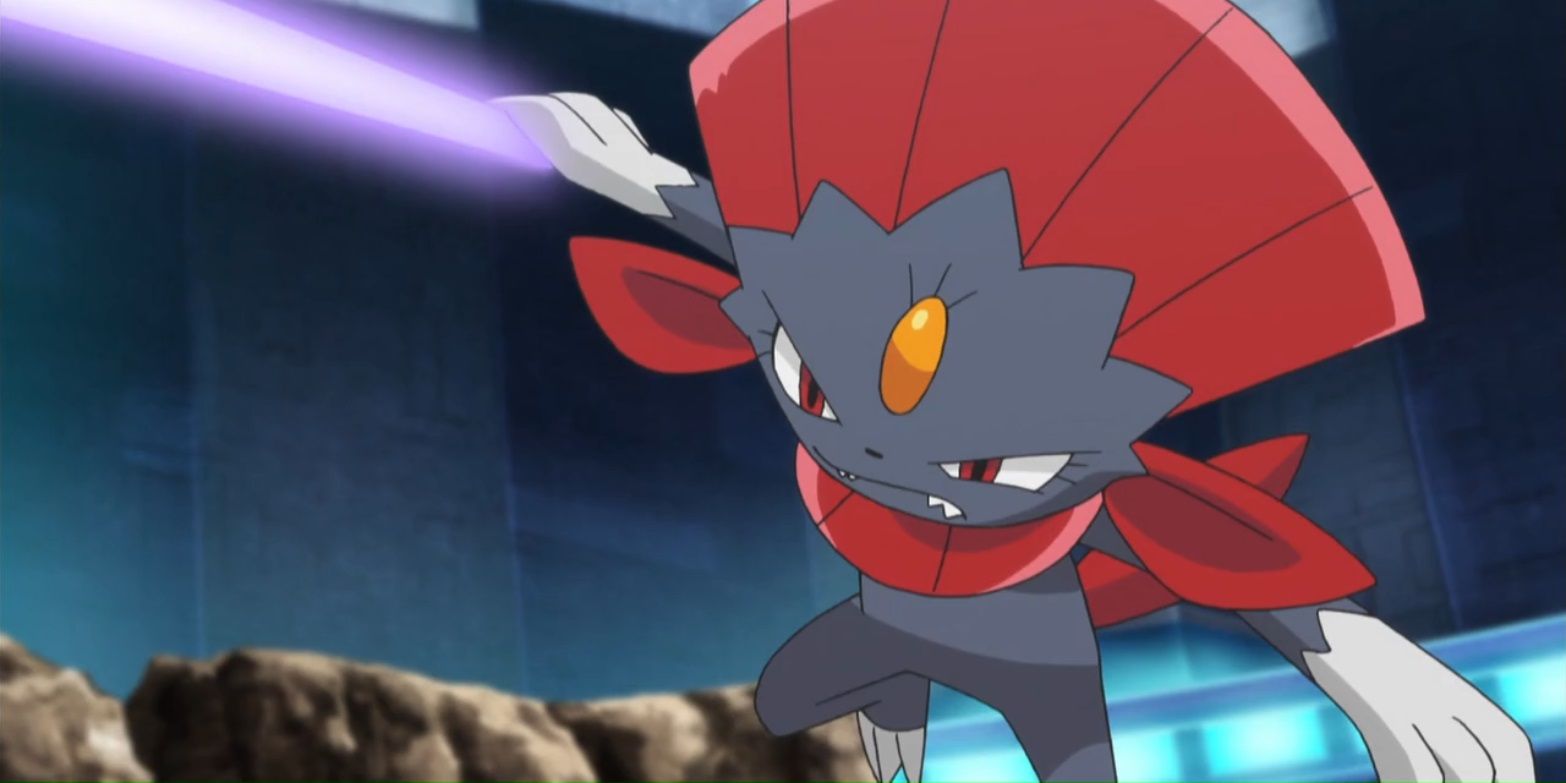 Weavile combines superb Attack and Speed, a brutally efficient move pool, and an item-stealing ability called Pickpocket to outclass a plethora of Pokemon BDSP rivals. Its sole substantial downfall is the fact that a Razor Claw to evolve Sneasel cannot be found until Victory Road, which means it joins teams just in time for the League matches but too late for any gyms.

That said, even Sneasel's got 95 base Attack and a whopping 115 base Speed, so it's not like thing's completely undercooked. It can get the job done with Avalanche and Payback for the time being, but once Weavile is finally at your service swap those out for superior moves like Icicle Crash and Lash Out. Ice and Dark STAB along with the strong odds that it goes first every round turns both these attacks into terrors.