I don't know about you guys but with Sonic Frontiers looking as good as it does from all the trailers and previews, I'm just about ready to order in some chilli dogs, lock my doors to Mario fans, and prepare myself for hours of gotta-go-fasting. It does look great, doesn't it? Wait, didn't Forces look great at the time too? Oh dear god, I can't do this again.

Thankfully, even if Frontiers does end up being another miss for the blue blur, it's not like fans of the series aren't pretty used to it by now. In high hopes that Frontiers breaks away into, well, new frontiers, TheGamer staff have taken a trip down memory lane to look back on the bad Sonic games that we can't help but love. Because, oh boy, there are a lot of them. 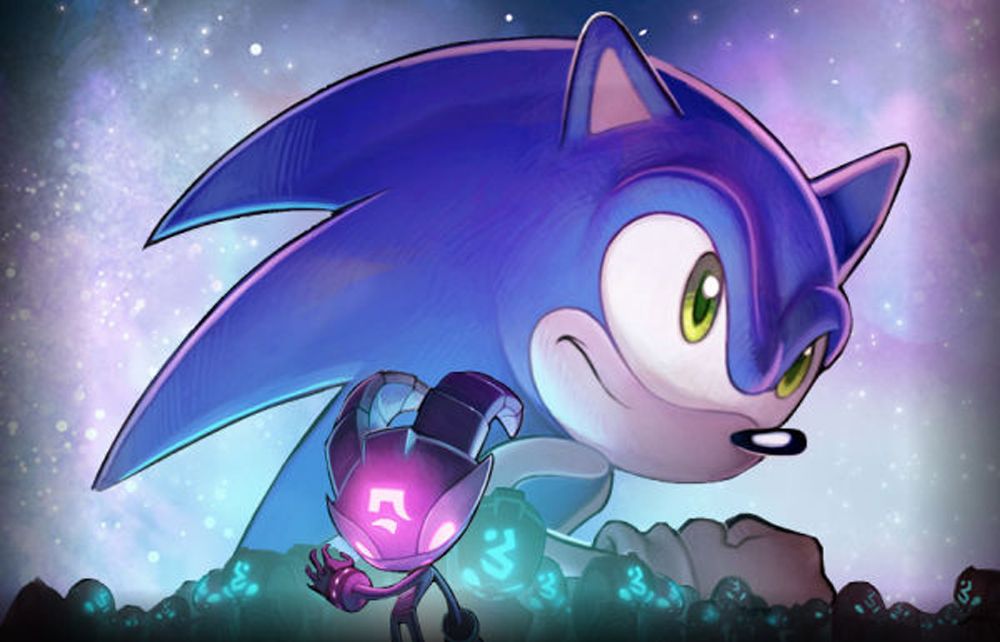 I am full of useless Sonic facts, and one that always catches people off guard is that BioWare made a Sonic RPG. It was even set in space and let you (kind of) romance someone. It was weird, and pretty bad. However, as awful as the gameplay was, I maintain that tonally, it is one of the best Sonic stories we ever got.

The RPG format suited the world of the Blue Blur perfectly, as it allowed a ridiculous amount of characters to get in on the story. All had their own perks, such as Sonic letting you parkour, and Big the Cat being able to walk through toxic gas. The dialogue was also pretty good, showing the cast goof around like they were in Sonic X at the time. Yes, Sonic Chronicles is now best known for its awful soundtrack that sounds like a midi file being played through a bluetooth speaker, but it had a lot more going for it and deserved another shot. 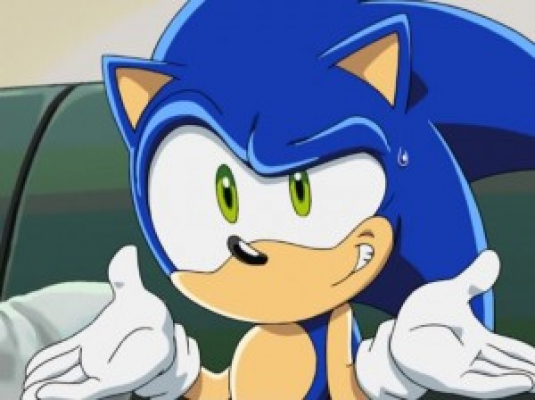 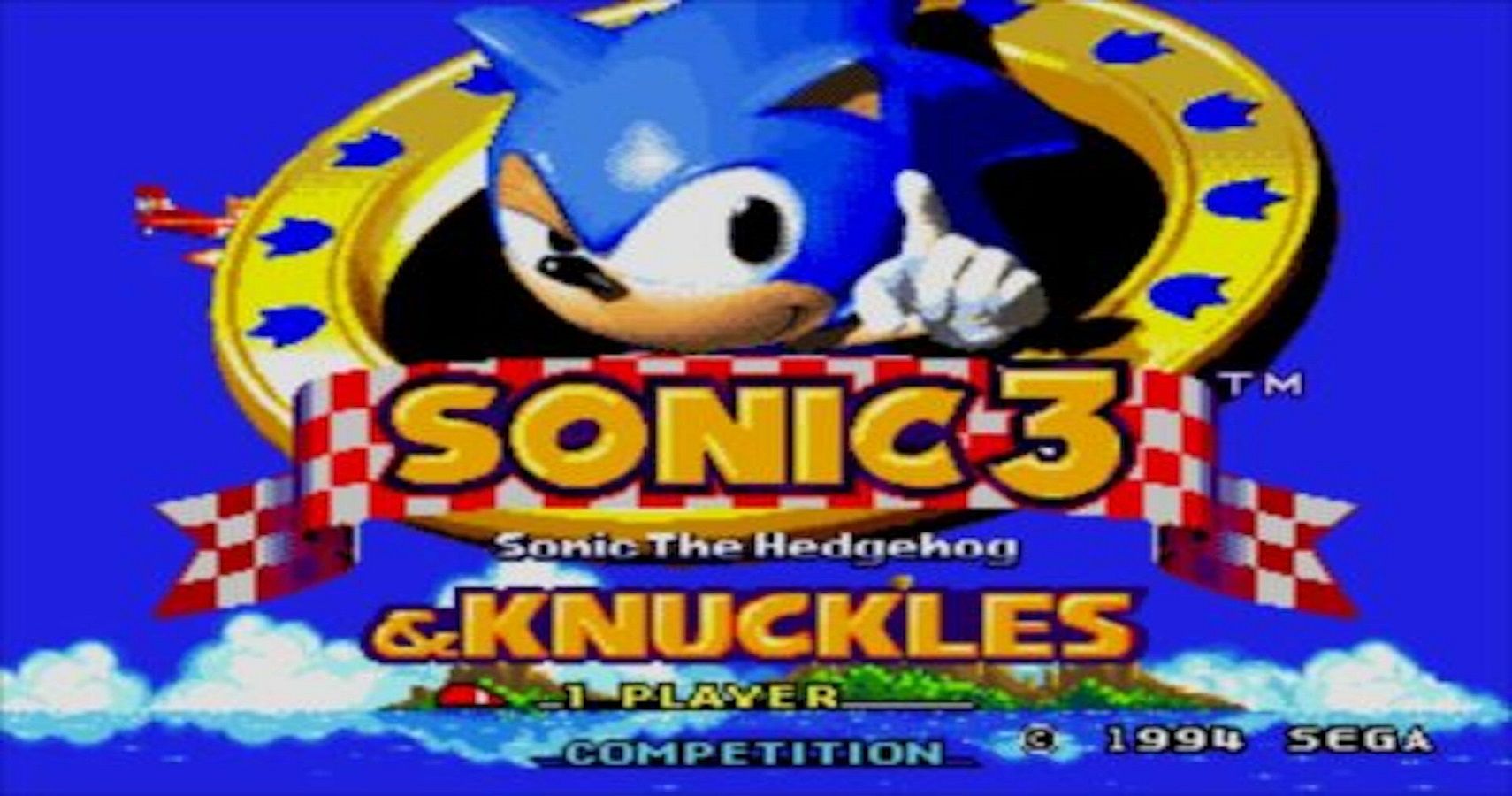 Rhiannon is full of useless Sonic facts, but I’m only somewhat stuffed with them. Here’s a fun one – I can’t remember whether it was the original Sonic the Hedgehog or Sword of Vermilion that I played first, but I played them both on the same day, and collectively they were my first-ever video game experiences. Sword of Vermilion freaked me out (it’s a long story), but Sonic felt like home.

That’s all well and good, but I’ve come to hate the original game through the years. Go figure. The second one’s excellent, and Sonic 3 & Knuckles is my favorite. Man, I love that one. But they’ve got to be hooked up, you see. You can slot Sonic & Knuckles’ cartridge into Sonic 3’s. It’s a whole thing. I’m old. The levels are polished, the game’s nice and lengthy, and the music is groovy.

Honorable mention to Sonic Spinball, by the way. Not because it’s a good video game, but because, despite being a bad one, I still derive some strange, nostalgic, masochistic pleasure from it. I’m in an abusive relationship with Sonic Spinball. 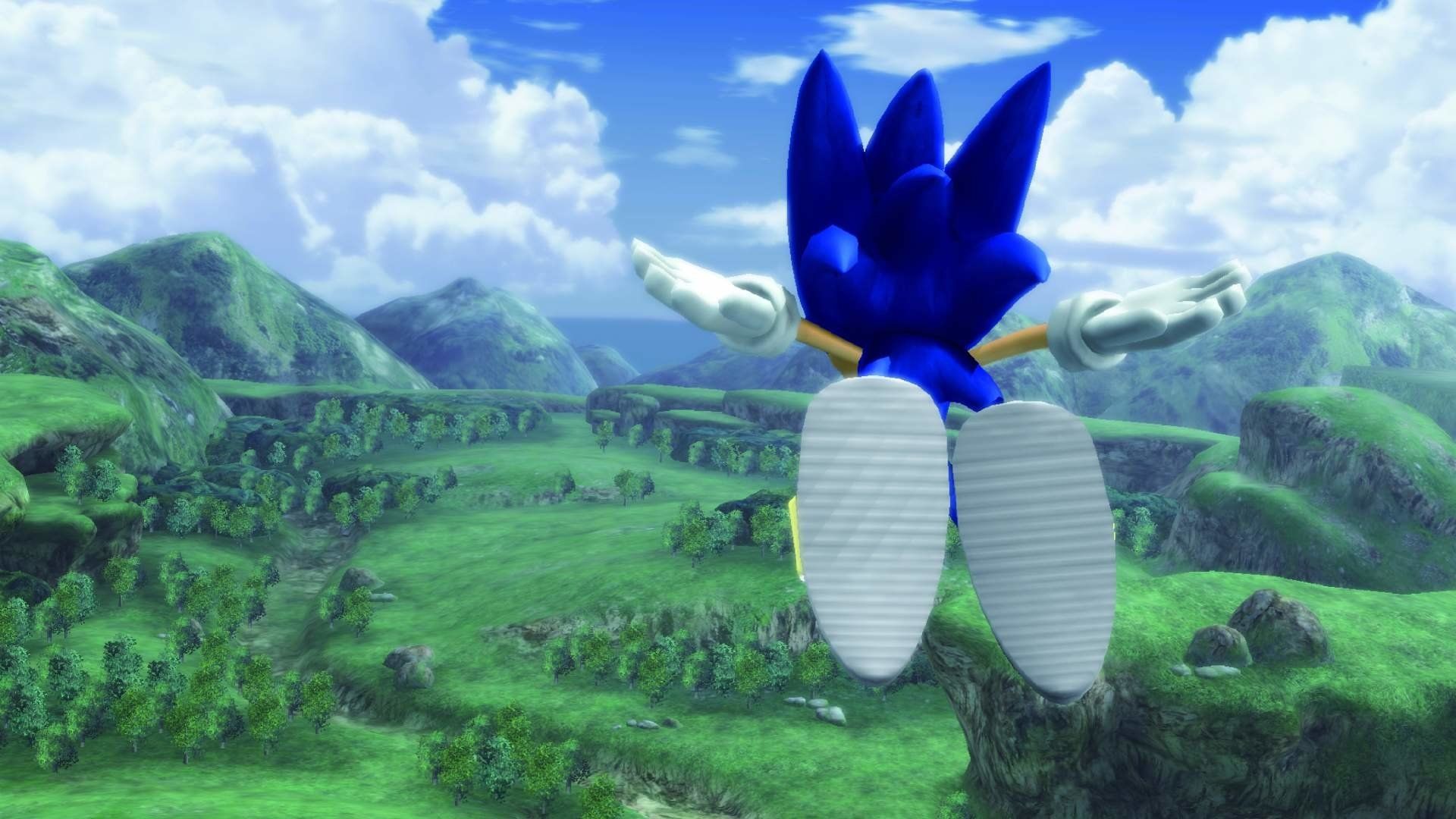 They Are All Tied For Last

One of the last things I did before joining TheGamer was host a podcast where I tried to get three Sonic fans to explain to me why Sonic is good. Safe to say they failed. All these games are bad, they don’t control well and never have. I did, however, do my best to say three nice things about Sonic at the end of the two hours.

Firstly; the song “Super Sonic Racing” in Sonic R is pretty good (the rest of Crush 40’s music is overrated). Secondly; I liked Sonic Riders when I was seven. It's a bad game and doesn’t hold up now but I was a happy person when I was seven so that's nice, I guess. Finally; that comic panel where Mello The Bee overdoses on a drug called Lemon Sundrop Dandelion – that’s dumb. 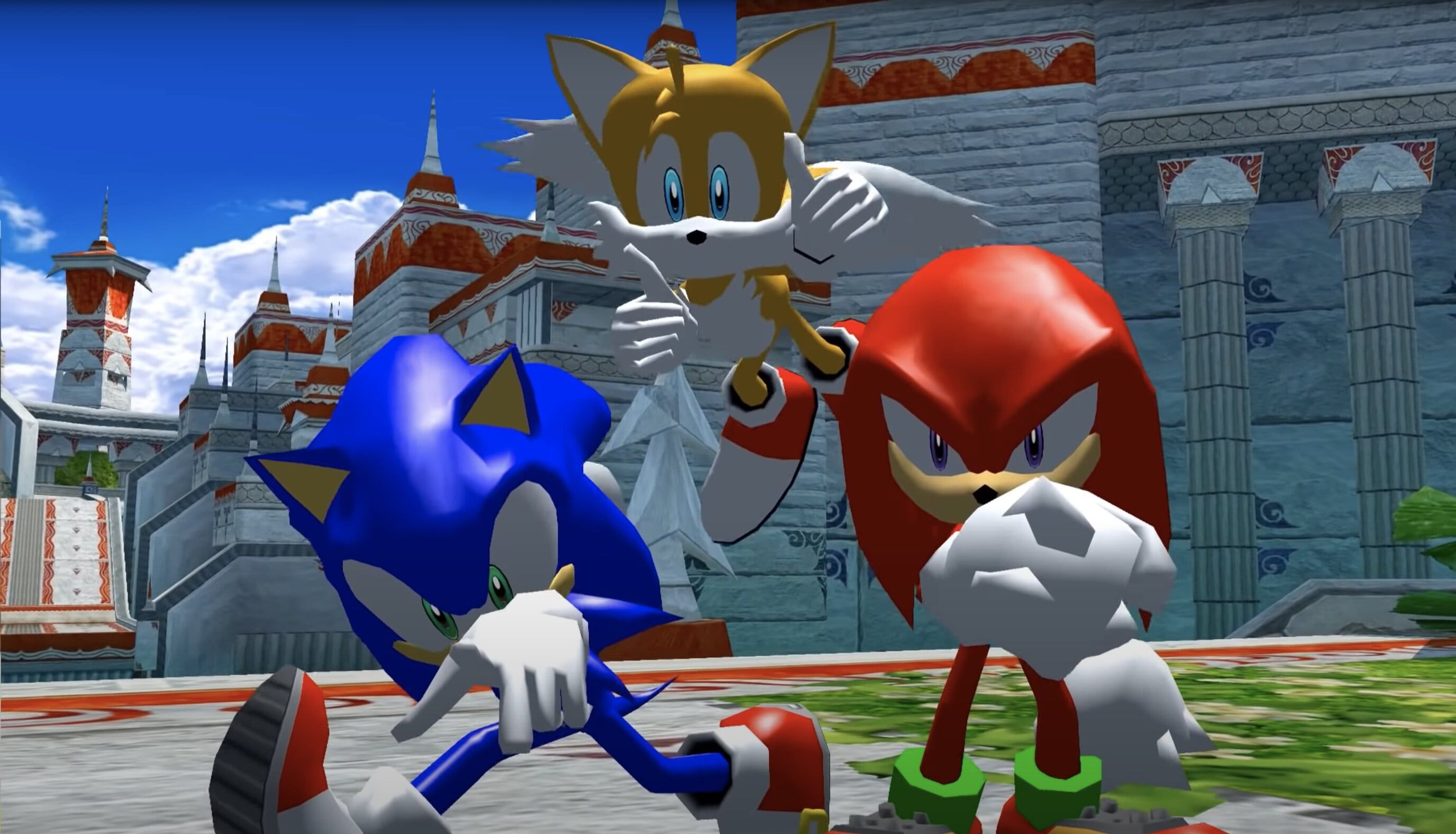 The original Sonic games are just shit Mario, and I’ve only played Sonic Heroes and Forces outside of that because I’m a zoomer who had a PS2 and somehow didn’t hear about the GameCube until I was 18. Anyway, Heroes is pretty good, I guess. I have fond memories of it, even though when I went back a couple of years ago, I hated every second of it. 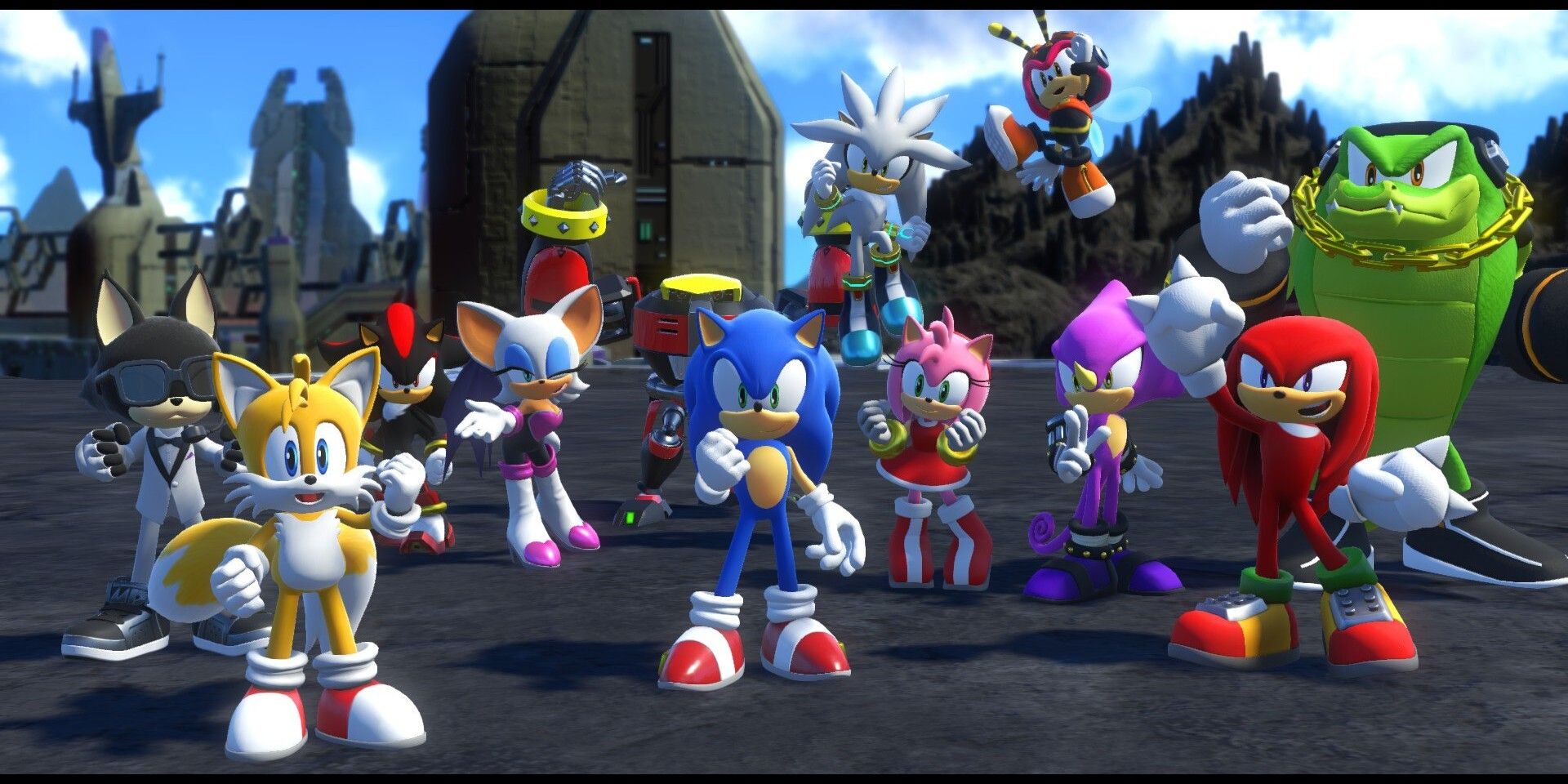 There are plenty of games that are worse than Sonic Forces, sure. But of all the Sonic games I love, it's the worst. It has the standard fare – clunky controls and underwhelming development quality. But the worst of it is easily the narrative. Sonic's dead, and the world has turned into a 1v1 battle between a robot army and a rag-tag team of anthropomorphic rebels. It's a jarring disconnect from the series' usually more small-cast style. Don't even get me started on the dialogue. "There's nothing good about it, Tails. That's why it's called war," is an unironically uttered phrase by now-military-commander Knuckles. It's all nonsense.

Getting to build and design my own sonic OC for him to show up, become a hero, and be Sonic's best friend, using the power of friendship to defeat the villain? I only wish such a thing could have existed when I was in middle school. The unneedingly edgy plot mixed with the fan service make this game one of the best things for a nostalgic Sonic fan, and I am envious of anyone in their target demographic. 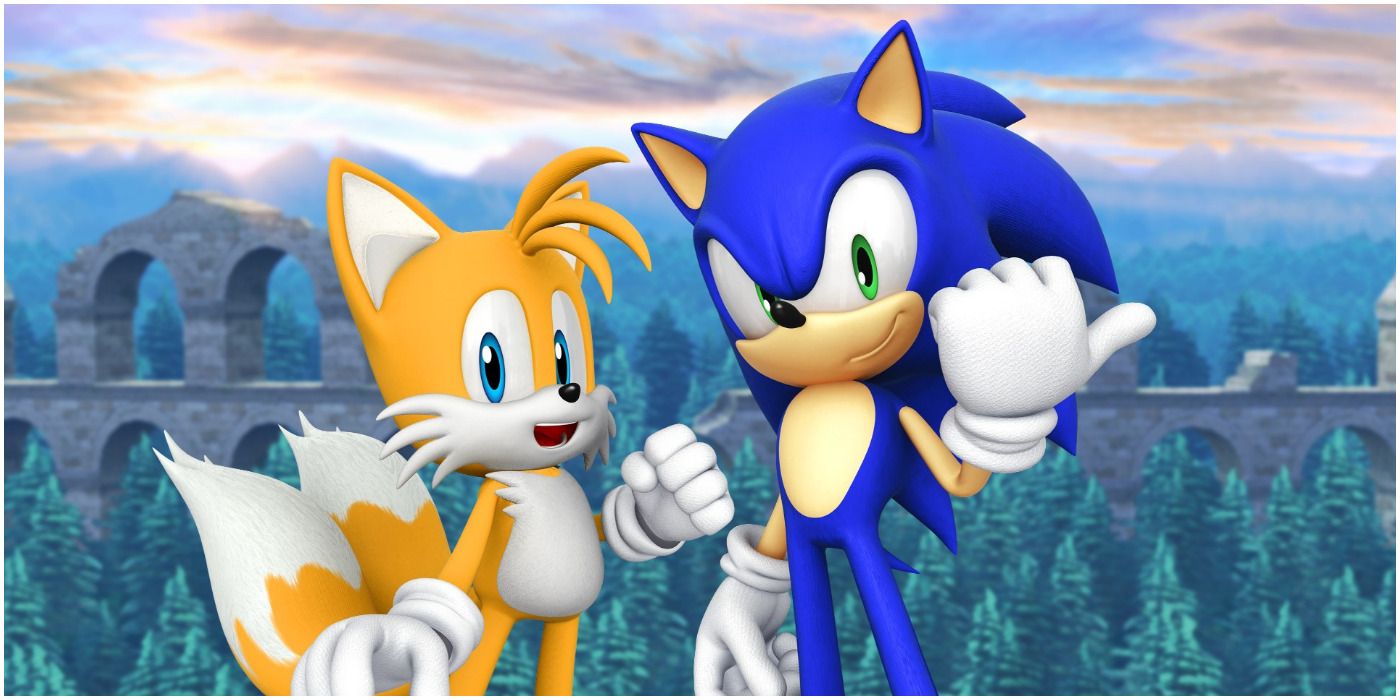 Sonic rocks. Everything about the entire series absolutely slaps, from dashing through colourful levels to incredible music, to some of the most over-earnest optimism that you just can’t help but get sucked into unless you’re a bitter and emotionless android. There are some real nay-sayers on this list already, and it’s almost impressive how wrong they are.

There are very few outright bad Sonic games, but the best of them is easily Sonic 4: Episode 2. It improved on everything the first episode failed at with better physics and an art style that didn’t look like Sonic had been shrink-wrapped, and gave us a reimagining of Sonic 2’s levels that felt much more innovative than Episode 1’s takes on the first game.

And then it threw in Tails and added a load of flow-killing team up moves. Then the soundtrack was mostly ducks being slaughtered to a vague beat. Then it never got that fabled third episode with Knuckles that would’ve been sheer perfection.

It did give us a belter of a new Metal Sonic theme though, so that’s good. 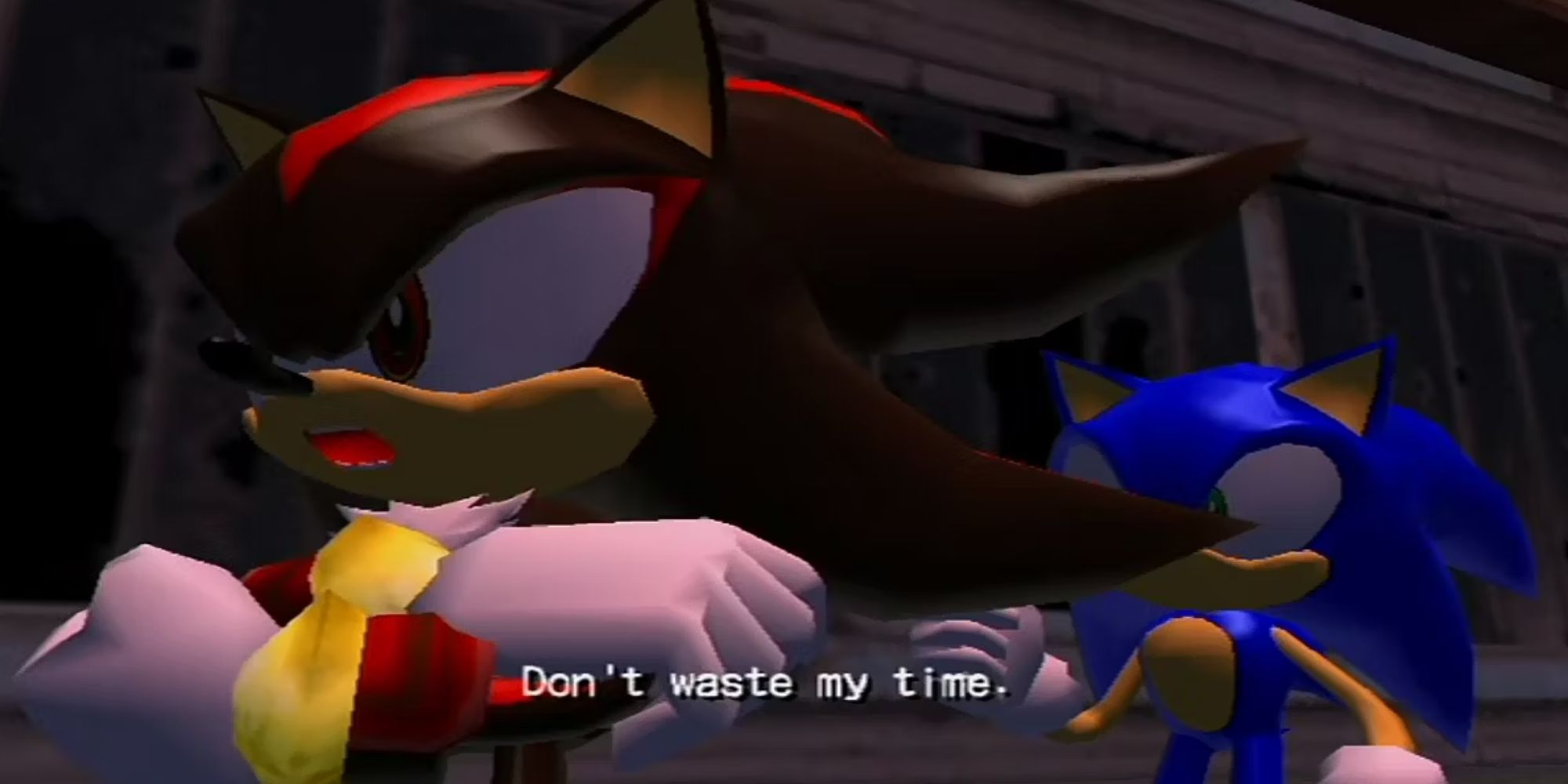 How in the Shadow’s-favourite-word are we this far into a list of bad Sonic games and Shadow the Hedgehog hasn’t even been mentioned? I guess no one else at TheGamer has any taste whatsoever and doesn’t like seeing whimsical characters get turned into emo edgelords and GASP kill the main character in the intro cutscene. Sorry, that always freaked me out.

Anyway, Shadow the Hedgehog is truly Sonic at its absolute weirdest, a buck-wild attempt to make the series cool by chucking in guns, the most E-for-everyone swears, and endless amounts of edge. And for that reason, it’s perfect. I will not be taking any questions.

Oh, and, seeing as how no one else here has given it its own slot on this list, let's give an honourary mention to Sonic R, which still absolutely slaps.