The developers of The Division 2 have revealed an early look at The Summit, a repeatable PvE mode that was previously known as “Skyscraper.” The new content will be free for everyone who owns the Warlords of New York expansion once the Title Update 11 launches.

The Summit is an all new form of PvE content that can be replayed and offers 100 total floors to fight through, each more difficult than the last. The level designs will remain static on each playthrough, but the opponents will be random from every faction, along with a broad range of different objectives to complete. Although the maps will remain the same, most playthroughs should feel unique thanks to randomized opponents and tasks. 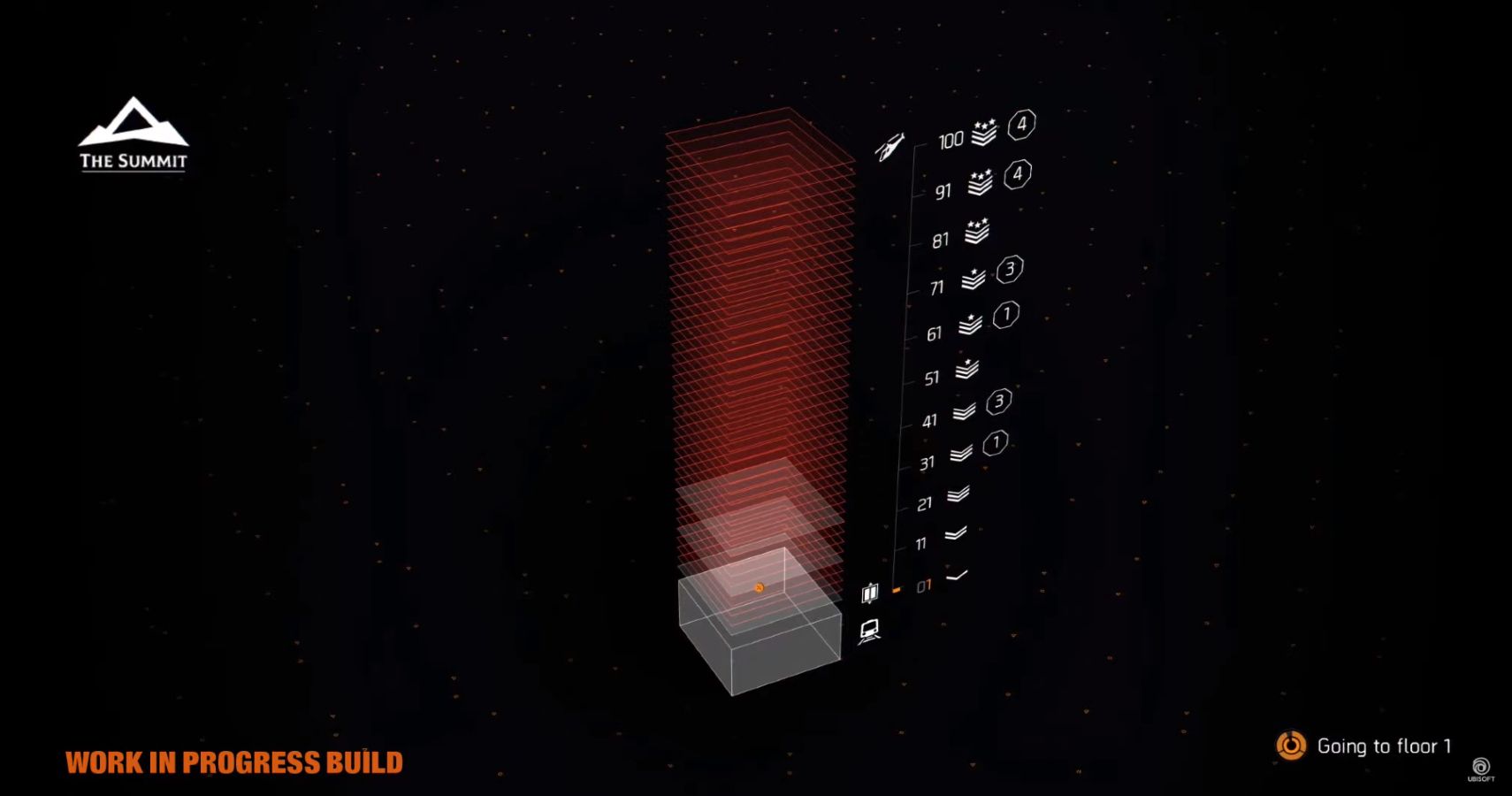 The Summit will be launched alongside brand-new exotics, weapons, gear, and a set. Some of these items will be from Season 3, but others will be available only through this mode. This means that you will be able to catch up on missing gear while also chasing exclusive items only found at The Summit.

Combat will be scaled in difficulty based on the number of players. Much like the main game, it looks as though The Summit will be viable as a single player, but far easier with a group of four, especially once the difficulty ramps up on later floors.

That difficulty change will come in the form of Heroic and Legendary floors, which appear to begin on levels 61 and 81, respectively. You do not need to start at level one on every run but will instead unlock rally points to start at after defeating a boss, which should be available every ten levels. These bosses will award gear and experience that is equivalent to Stronghold.

This style of PvE content is always a great addition to combat heavy games because it focuses purely on action while minimizing the travel time between areas to accomplish the same goals. The game Dauntless also introduced a PvE experience called Escalation that is basically the same in concept as The Summit, with players fighting enemy after enemy until reaching the highest area, which also boasts a challenging boss and gear rewards.

There is currently no firm launch date for the update but, with the test server now live, it’s reasonable to expect to see the update at some point in September or early October.