One of the most exciting features of any Soulslike title is the ability to experiment with Builds. Pairing weapons and armor sets together, leveling specific Stats, and even taking advantage of the Smithy to forge your weapon with enhancements will give you near-endless options to mess around with to improve your play style.

And luckily for you, The Last Hero of Nostalgaia will allow you to partake in the Builds you'd expect from this genre. Whether you're a Strength, Dexterity, or Source (magic) user, there's a Build for you in the world of Nostalgaia. While having a good Build is only a fraction of what you will need to succeed in your journey, it's one of the most crucial aspects and will help you tremendously. 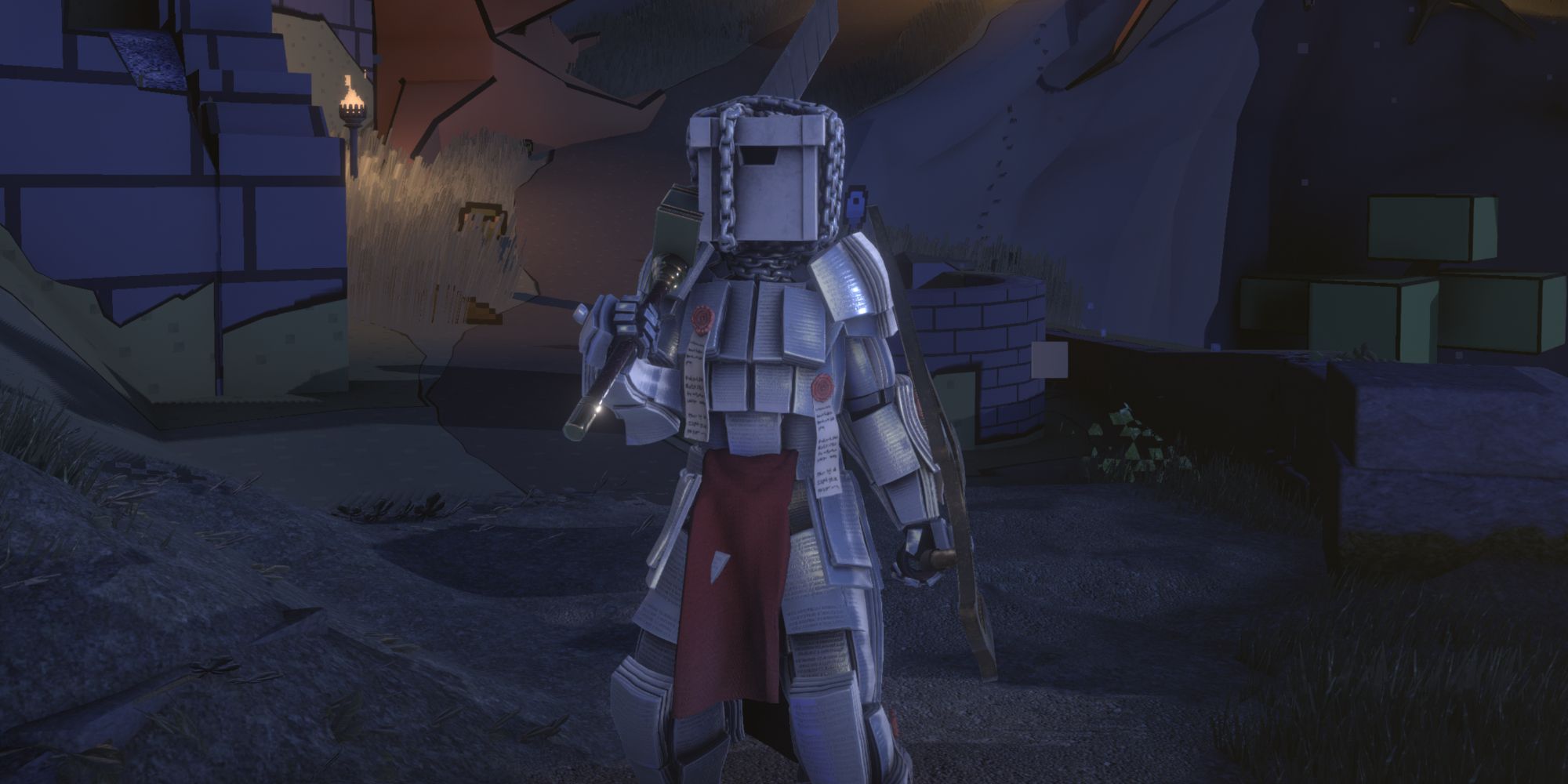 Strength Builds in The Last Hero of Nostalgaia focus on having a hefty weapon and armor combo, making you a walking tank of destruction. These Builds can be the most fun to experiment with in the game, but it will require lots of time and effort on your end before you reach the point where you feel unstoppable. As such, here is everything you will need to focus on to achieve this goal:

Stats are crucial to any build, as they will allow you to increase your damage output, health pool, and what you can and cannot equip. For a Strength Build, your general focus will be on Equip Load and Strength, but you will also need to focus on Vitality and Stamina, as they will go a long way in helping you stay alive in boss encounters. Stats such as Dexterity, Source, and Luck can more or less be ignored.

One of the sole reasons you go down the path of a Strength Build in the first place is to have the ability to wield the large, heavy, and high-damaging weapons that look like they're straight out of Berserk or belong to Cloud Strife. The abovementioned weapons proved the most powerful and fun to use in our playthrough, significantly so when upgraded and after Remembering them.

On the topic of upgrading your weapon, don't forget that you can Infuse weapons with parchments you find during your journey. For a Strength Build, Infusing your weapon with the Story of Strength parchment will give you a substantial damage boost to your weapon, increasing its scalability with your Strength Stat.

There are many armor sets in The Last Hero of Nostalgaia, but only a handful of heavy ones exist, narrowing the selection by quite a bit. Still, what's available is excellent and will make you a walking tank if your Equip Load is high enough to equip it and a weapon. The Master Chef Set is unlocked relatively early in the game, with all the others coming much later. The New Order Set is the heaviest and most protective, but you will need at least 29 Equip Load and the Runed Uplifting Barbell Rune to wear it without heavy rolling.

Speaking of Runes, there are only two you will need to help you craft your perfect Heavy Build. These Runes are the Runed Uplifting Barbell and the Runes Mighty Soap. The Barbell will increase your Equip Load, allowing you to equip heavier armor sets. The Soap will increase your Strength Stat, making your weapons deal greater damage.

Shields are optional when rocking a Strength Build, as your armor will serve as a good enough defense on its own. Additionally, two-handing your beefy weapon will allow you to get the most damage out of it, which will lead to you absolutely demolishing enemies. However, if you must use a shield, we recommend the Shield of Nostalran, as it offers 100 percent Physical Damage protection and 43.2 percent Source protection, making it the best shield available in the game. 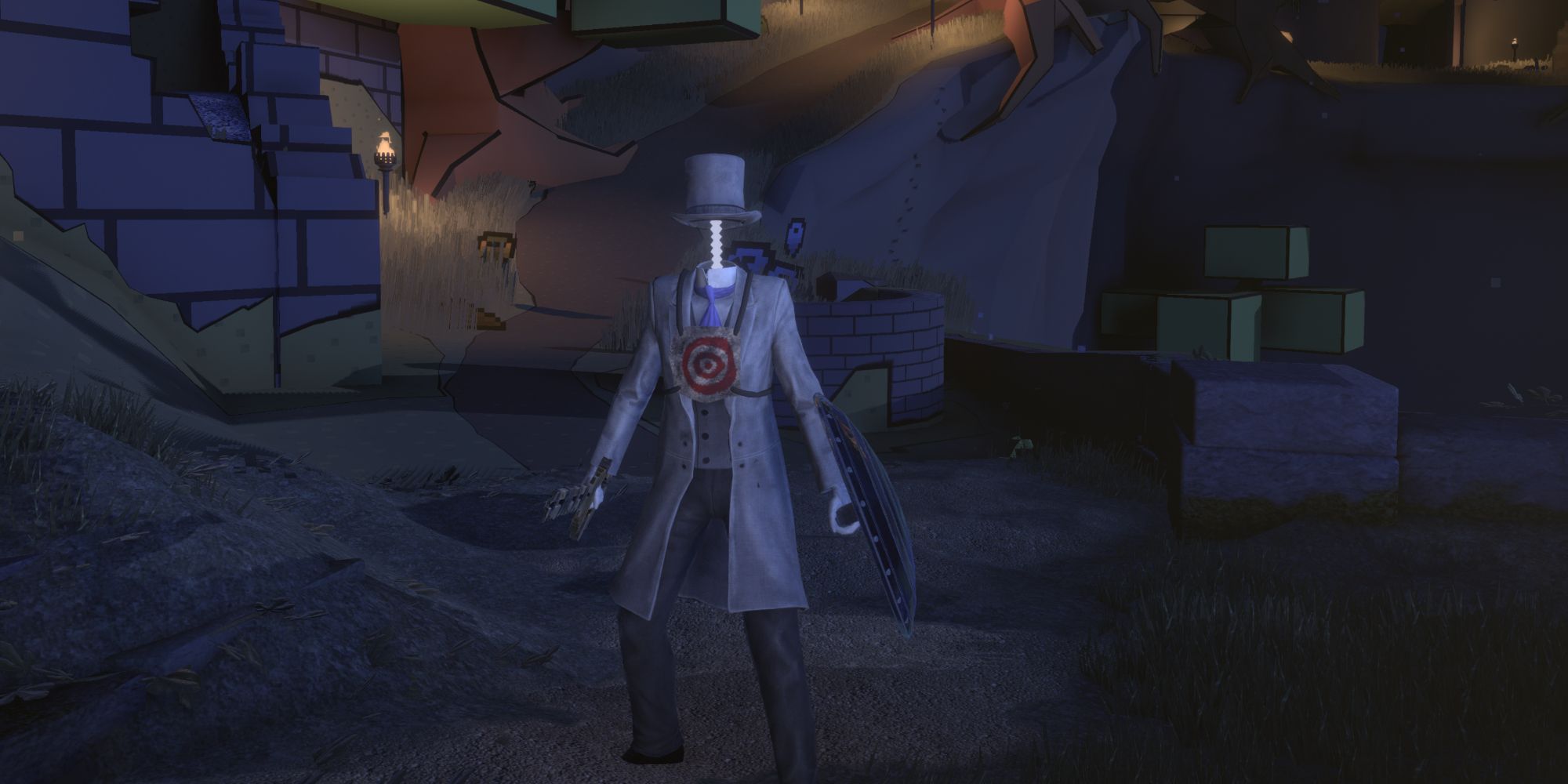 Next up is the Dexterity Builds, which focuses purely on being agile in battle while also being able to deal a ton of damage with only a few strikes from your weapon. However, the biggest drawback with a Dexterity Build is that you are more or less a glass cannon and can get obliterated if you let your guard down for just a second. As a result, your priorities are more on survivability and movement, as opposed to being able to equip heavy weapons and armor or having the ability to use Source magics.

On par for the course with most Dexterity Builds in the majority of Soulslikes, your primary focus for Stats will be Vitality, Stamina, and Dexterity. While you can dabble with Equip Load, we suggest sticking to the big three Stats above to get the most out of your Build. Having the ability to equip heavier armor would be beneficial, sure, but the entire purpose of a Dexterity Build is to be loose and agile while utilizing things such as rolling or parrying as your defensive strategy.

Weapons are equally as crucial as Stats, as they help boost one another up, allowing you to get the most damage out of your Build as humanly possible. For your Dexterity Build, we recommend all of the weapons presented above but strongly recommend the Vibrating Sword and Cipher specifically, as they are seemingly the best Dexterity-Scaling swords in the game. Pair this with Remembering them and properly upgrading them, and you have one of the most potent weapons in The Last Hero of Nostalgaia!

Regarding shields for your Dexterity Build, you really only have two options. The first is the Shellter, the only shield in the game that allows you to parry incoming attacks, making it a crucial tool for Dexterity Builds. The other one is the Shield of Nostalran, which is the best shield in the game and offers 100 percent physical protection and 43.2 percent Source protection. If you love to parry, then the Shellter is for you, but if you like playing a bit more passively and want to block the attacks, go with the Nostalran!

For armor sets, you will need something that sits in the light or medium range, which you will find in the above sets. As touched on above, you can opt for more heavier armor and put some stats in Equip Load, but we would heavily advise against that, at least in the early goings. Overall, your primary focus should be finding something that offers decent protection but still allows you to roll around like a lunatic to avoid damage.

The last piece of the Dexterity Build puzzle is your Runes. The two we recommend are the Runed Agile Paperweight and the Runed Nimble Padlock. The Paperweight allows your Stamina to recover quicker, which is ultra beneficial as you will constantly be rolling or blocking. The Padlock increases your Dexterity Stat, which in turn will boost your weapon's damage output. 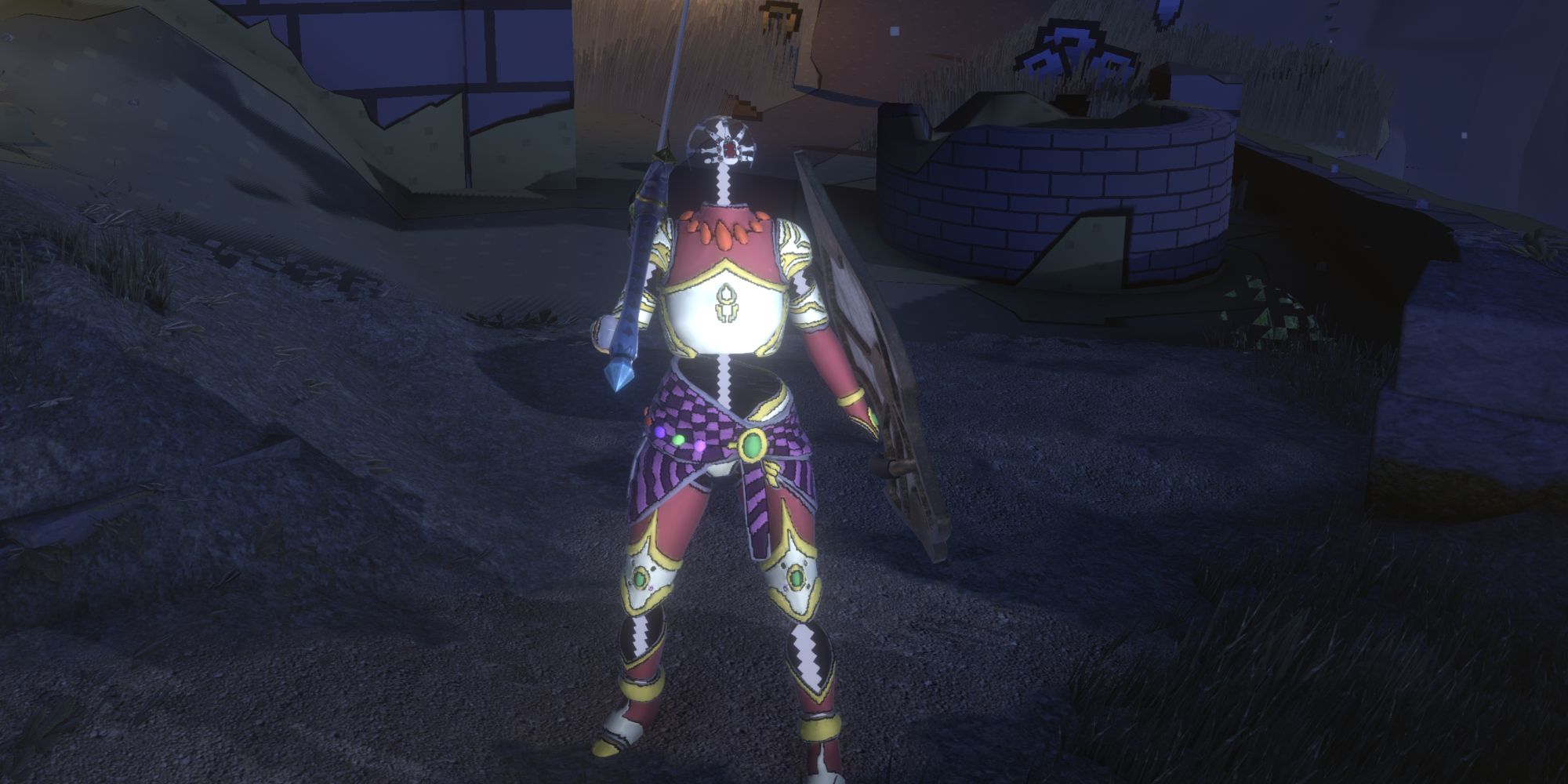 Lastly, we have our Source Builds, which act slightly differently than the others mentioned. In addition to weapons, armor, and Runes, Source Builds have access to Codes, which serve as Spells and Enchantments, allowing you to dominate your targets or protect yourself with the power of magic. While you can safely deal damage from a range, you will also have close-range options that make you a competent fighter in most situations.

For Source Builds, your primary Stat focus will be on Vitality, Stamina, and Source. However, you will also want to occasionally drop some points into Dexterity as some of the Build's best weapons require a bit of Dexterity and Source to use. Furthermore, having a decent amount of Stamina and Vitality will allow you to be deadly when you run out of Access and can no longer use Codes.

When it comes to weapons, you will find only a few options of pure Source scaling worthy of your time. However, many Dexterity and Source scaling options are absolutely worth looking into, and we have them provided above. What makes these weapons particularly great is that you can use specific Infusions to make the Source scaling more potent, which allows you to double-down on your Build and become a stronger magic wielder than ever before without sticking with an awful weapon.

The Weapon Infusion in question is the Poem of Source, which increases your weapon's scalability with your Source Stat, making it grow stronger and stronger each time you level the Stat up. What makes this even more impressive is that you will be upgrading your Source a lot to learn more Codes and to have more Access, meaning your weapon will grow extensively stronger alongside it.

Codes, as touched on a bit earlier, are The Last Hero of Nostalgaia's equivalence to Spells, Sourceries, and Enchantments. Codes require Access to use, which you can acquire by killing enemies or resting at Tethers. Your Access can also be increased by upgrading your Source Stat, allowing you to cast more Codes than ever before. The Codes above are some of the best in the game, but all of them are generally great and offer potent actions such as healing or allowing you to keep your Memory (Souls) upon death.

Picking a shield for your Source Build follows the same principles as the Dexterity Builds and focuses on two things: Do you like parrying or blocking? If the former, you will want to use the Shellter as it's the only shield that gives you the option to parry. If you prefer blocking, go with the mighty Shield of Nostalran, as it offers the best protection in the game.

Armor sets for Source Builds won't matter nearly as much as the others, so just rock something light or medium. We recommend running with more lightweight armor sets, such as the ones laid out above, but anything you can still move around freely in will work.

And finally, we have our Runes, a crucial endpoint for any Build. We recommend using the Runed Nimble Padlock and the Runed Wise Lantern for your Source Build. The Padlock will increase your Dexterity Stat, and the Lantern will raise your Source Stat. Raising these Stats will drastically increase your weapon damage, and the extra Source will make your Codes more potent, so it's a win-win situation with these Runes!