More people have completed The Last Of Us Part 2’s story than any other PS4 game despite how much it divided players earlier this year.

There are different types of gamers who look to the same game for different things. Some people will play little and often, others will sit with a title for hours on end. Some will finish a game’s story and be done with it forever, others will play through it time and time again, while a few will seek out every single trophy that game has to offer until it is 100% complete.

Believe it or not, when it comes to those final three categories, there is a large chunk of gamers who don’t fit into any of them. There are people who won’t see a game’s story through to the bitter end. Perhaps they’re not enjoying it, or maybe they just don’t have the time. It could even be a case of another game taking their attention away.

In fact, if a game’s story is completed by more than half of its players, that is generally considered a success. To give you an idea of how little that happens, only five PS4 games have been completed by more than 50% of players. Final Fantasy 7 Remake, God of War, Marvel’s Spider-Man, Uncharted: The Lost Legacy, and now The Last of Us Part 2. Not only is TLOU2 the latest addition to that exclusive club, but it has clinched the number one spot. 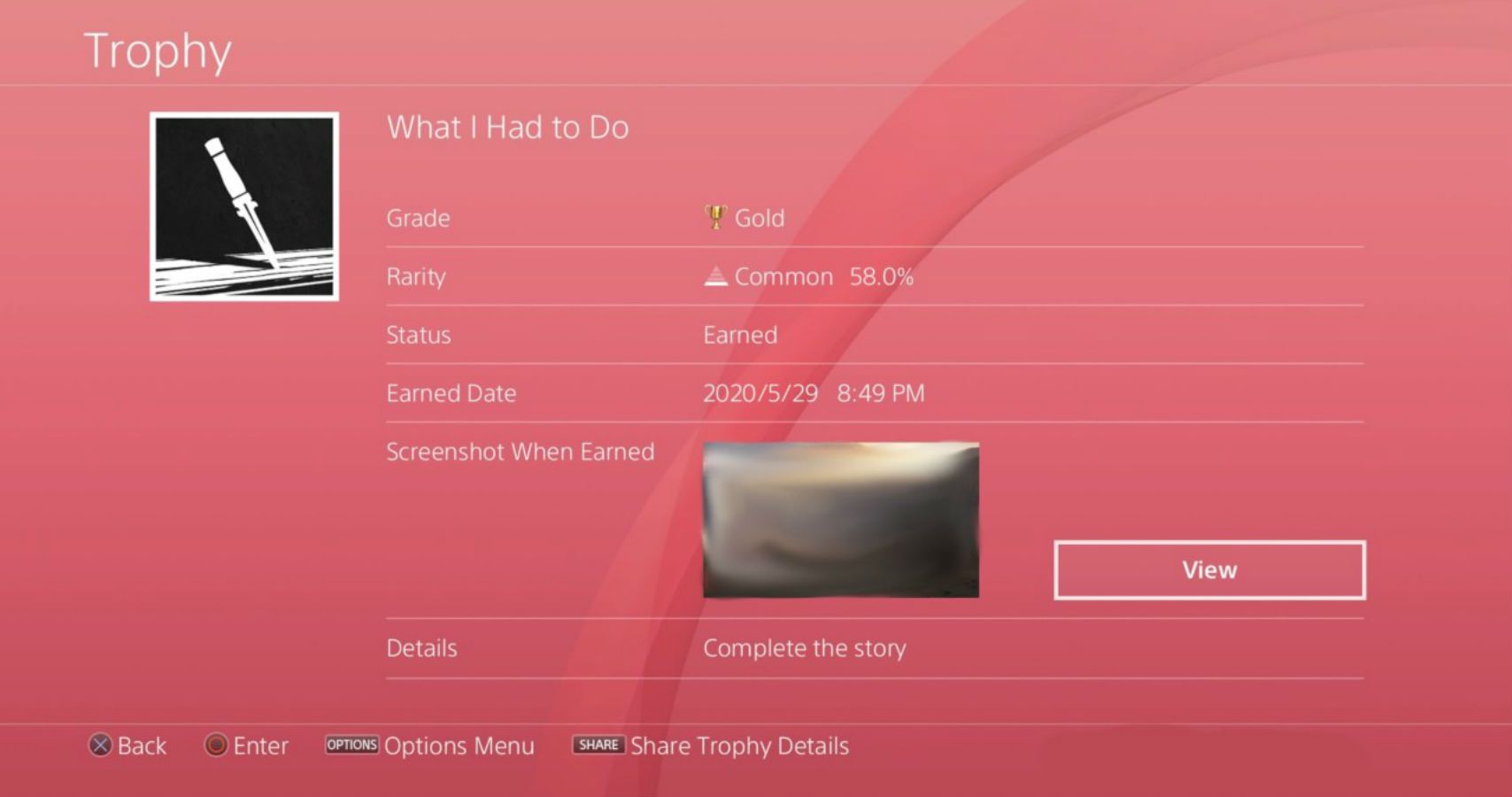 According to UnGeek, TLOU2’s story has been played through in its entirety by 58% of its players. That has been determined via checking how many players have attained the What I Had To Do trophy. Not only is that surprising due to the amount of controversy the game’s story caused earlier this year, but it blows its closest contenders out of the water. FF7 Remake’s story has been completed by 53.3% of players, God of War is sitting at 51.8%, Spider-Man at 50.7%, and Lost Legacy rounds out the top five with a 50.3% completion rate.

TLOU2’s completion rate is further proof that a lot of the time, complaints about a particular video game are made by the vocal minority. Even though players complained about the direction of the game’s story, it has been completed by more people than any other game in PS4 history.

According To Crusader Kings 3 Stats, Over 1.5 Million People Have Been Eaten (Including One Pope)