Monster Hunter, starring Tony Jaa (Ong-Bak: Muay Thai Warrior) and Milla Jovovich (Resident Evil), is due out in theaters this September. Friday on IGN we got a look at two different posters, both of which live up to the franchise’s habit of making all of its weapons ridiculously oversized.

In one poster, Jovovich is holding a sword that fans will recognize as the Giant Jawblade as seen in Monster Hunter World. The thing looks longer than the actor is tall, which in the cannon of the game seems just about right. Jaa on the other hand is wielding a Great Hunter’s Bow, which appears capable of launching him right out of his shoes if he’s not careful.

The film is being directed by Paul W. S. Anderson, who previously directed Mortal Kombat, Event Horizon, and multiple films in the Resident Evil series. While the video games take place in a world entirely of developer Capcom’s own creation, the film will introduce a slight science fiction element. Jovovich’s character, a Lt. Artemis, is transported to the realm of monsters from the real world and must fight alongside Jaa in order to survive. 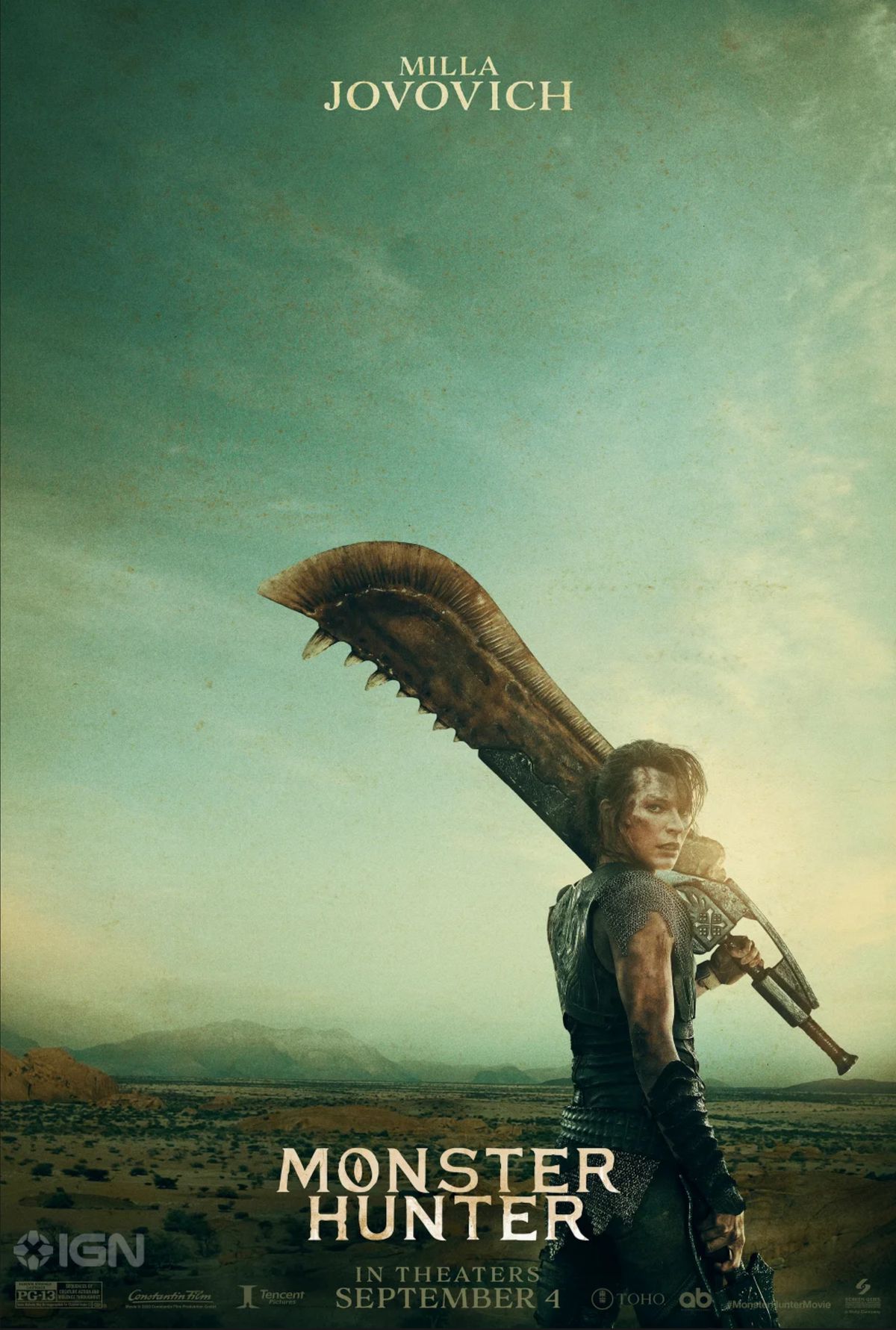 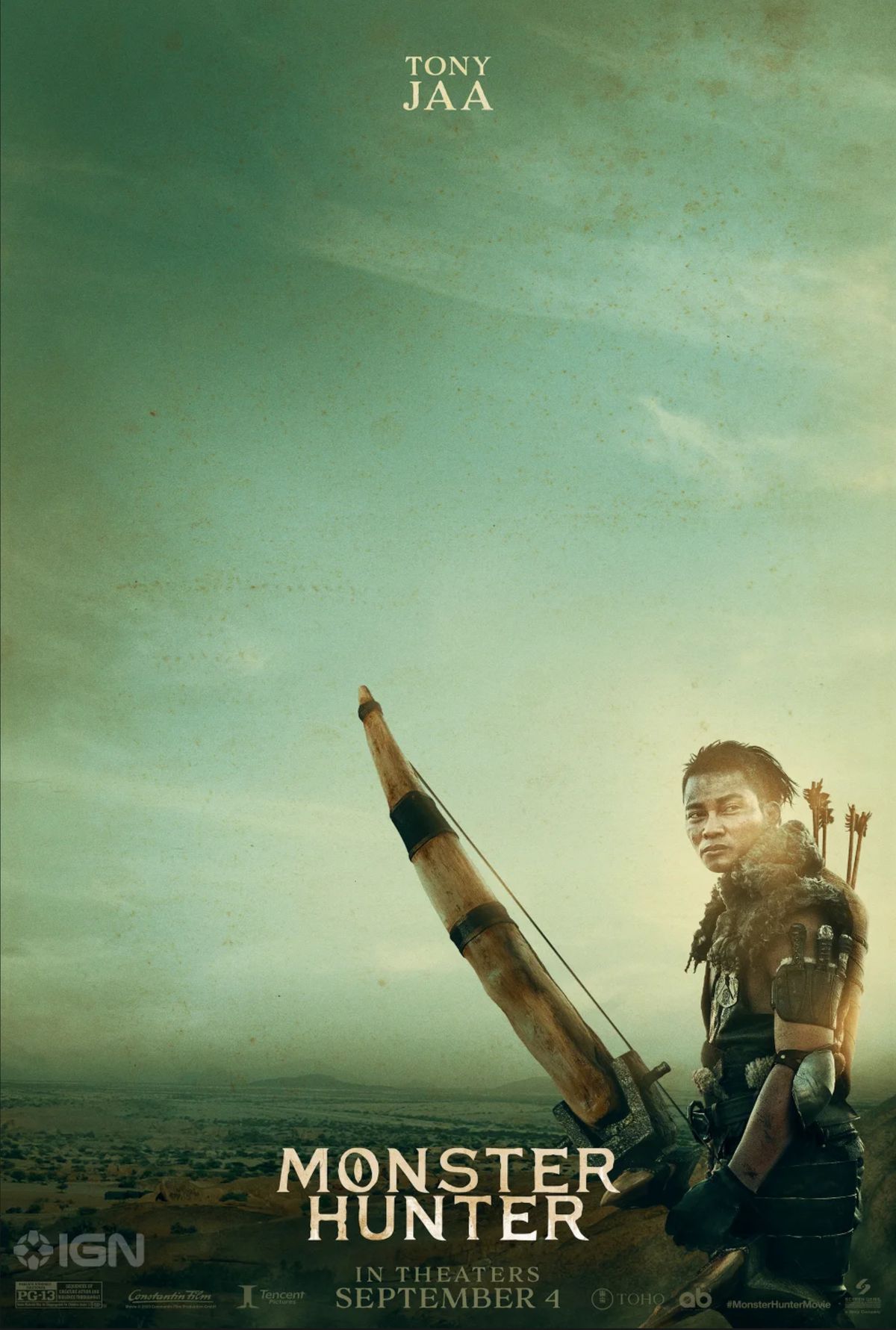