I’ve been revisiting The Sims 4 recently, trying to reignite my love for the series before Project Rene, the game that will almost definitely be known as Sims 5, launches in a few years' time. Why start so soon? Because there’s a lot of Sims 4 to get through. Last week I tried the rags to riches challenge and had a blast. I’d conquered capitalism, so I set my sights on the circle of life itself. I tried to birth 100 babies in as few generations as possible, and let me tell you, childbirth is hard. Next week I might have my Sim get kicked in the nuts 100 times to finally answer the age-old question.

The challenge is simple. Starting with one young adult female Sim, have 100 babies as fast as Simly possible. Easy-peasy. The challenge gets real horrifying real quick though. This matriarch is nothing more than a broodmare, a woman forced to remain on the lot and look after the kids – except when she has to leave to pursue suitable breeding mates. Once she becomes elderly, it’s off to the old folks home with her, and the youngest female capable of giving birth takes her place. On and on the wheel turns until that precious hundredth baby is born.

Despite the troubling gender tropes at play, I thought this challenge would be a cinch. Just make a romantic Sim, chat up a few dudes, and off we go. Wrong. Part of the fun in these challenge runs is working out how each Sims game’s mechanics differ. Turns out dating in The Sims 4 is the most horrifying part of the game. It's not enough to simply spam romantic interactions anymore, as Sims can get bored and their moods are liable to change. At the welcome party, Mother Dearest – a suitably creepy matriarch name – did a sexy pose for potential baby daddy number one and it made everyone else in the room uncomfortable and turned the previously flirty conversation into an awkward encounter. I’d need some one-on-one time with him. 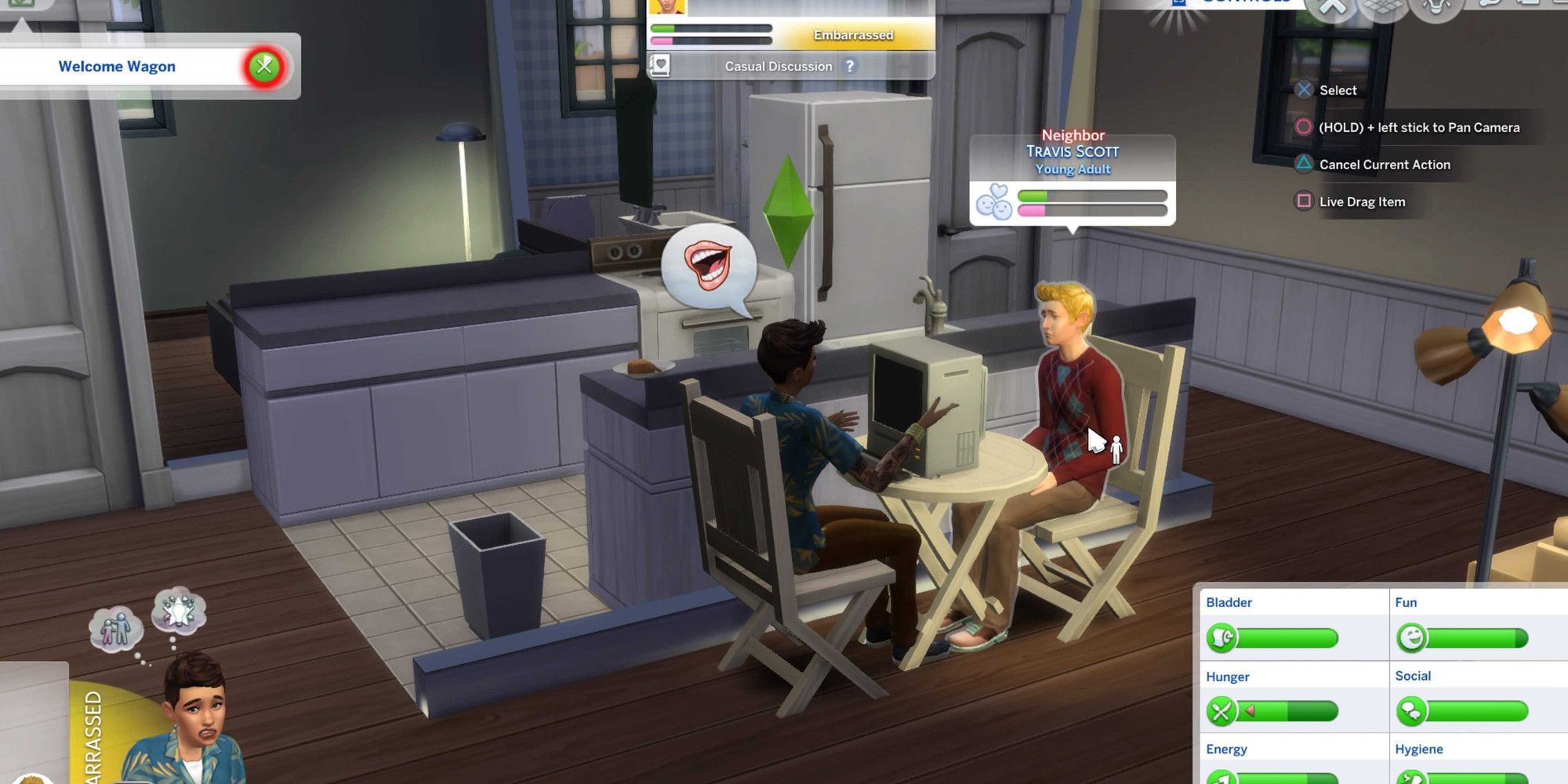 I was still stuck in a Sims 3 mindset. I invited the stud over and proceeded to chat him up. Things were going well. The conversation was steamy and our friendship and romance gauges were going up. Then I asked him about his WooHoo interests and he said we weren’t quite there yet, so he stormed off in a huff.

My house was on a lot that had a lot of nearby foot traffic due to a popular local fishing spot, so I went out to catch some dick the old-fashioned way. Two men in a row told me they were flattered but not interested in me like that. What the fuck, the alphabet mafia had infiltrated my good Christian game. I had to bust out the big guns and actually invite the stud from the welcome party on a real date. 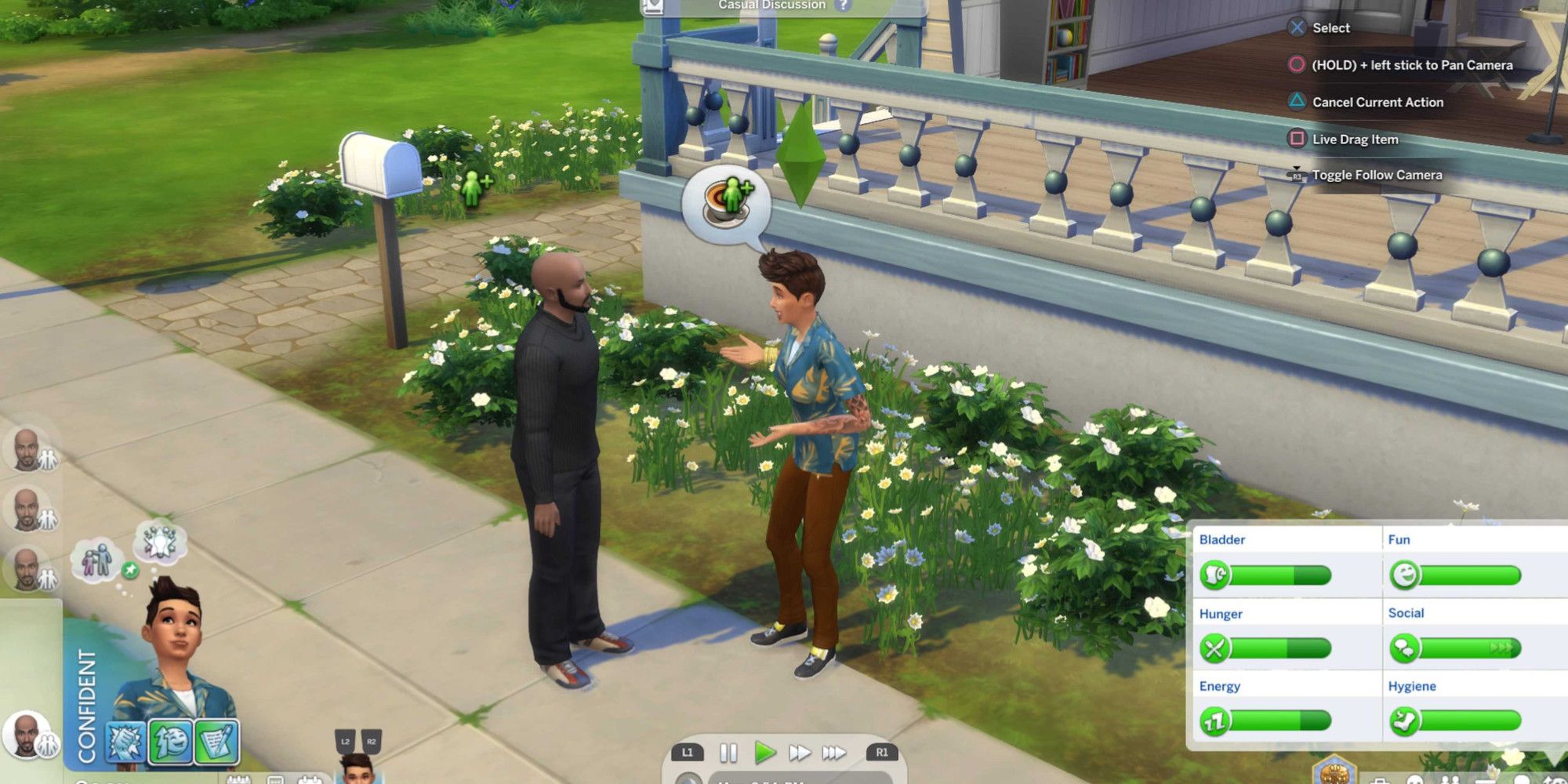 In The Sims 4, multiple people can join in on a conversation. This is great when socialising at a party or making breakfast for your flatmates, but it’s a pain in the arse when I’m trying to get a bit of how’s your father in the park. My date and I played chess, grilled some hot dogs, and had our first kiss. It was magical. I couldn’t invite him to sleep over though because we were already at an event. Cockblocked by the mechanics yet again.

The next day I invited him to hang out at my house and he accepted! This is it, I thought. I put some romantic music on, dimmed the lights, and made a meal. I was getting a baby put in me no matter what. After some food, dancing, and heavy petting, I made my move. “Want to stay the night?” “Sounds great!” Now, tell me why this man went straight to bed at 8pm? 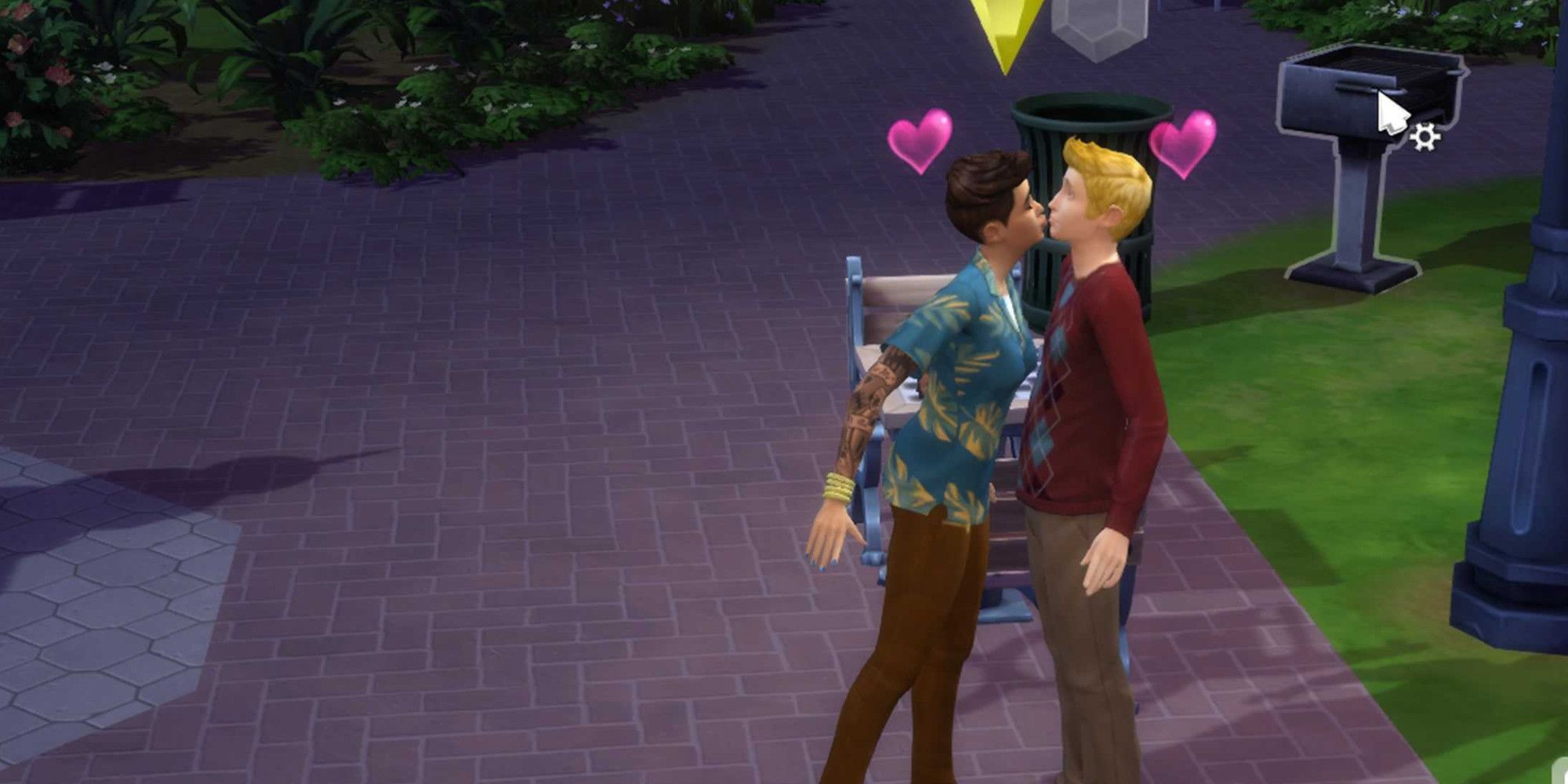 The Sims 4 is a game where you can live out the millennial fantasy of owning property and having a stable job, but not one where you can get laid quickly. The next day I finally managed to WooHoo for the first time, and immediately after I selected the try for baby option. I took a pregnancy test the next day and praise the lord, I was knocked up. No need for the stud anymore. That’s another one of the challenges rules actually, you can only use each male once. No easy rides here (pun intended). You have to go through the entire painful dating process all over again.

A few days later the baby popped out. I named her One Dearest and then realised it would be nigh on impossible to both tend to her needs and date a new guy who was apparently too much of a prude to put out on our first meeting. I went from 100 to one real quick. The challenge is done. I’m finished. I can’t go through the whole dating process again. Put me back in the desert trying to scrape together enough simoleons to afford a toilet, just don’t make me date any more idiot Sims.