Spells and sacrificial runes are one of the major factors that can define the outcome of your raid in The Unliving. In the game, you play as The Necromancer who can convert the enemy corpses into an undead army and use them for promoting his agenda to save the rite.

There are optional paths in the game that lead to different altars, and there's a chance to get Blood Essence on these. You can claim a spell or a sacrificial rune from this Essence, and it'll help you out during battle. There is a range of spells you can acquire from different Essence.

The Unliving is currently in Early Access, and it can be subjected to various changes with time. 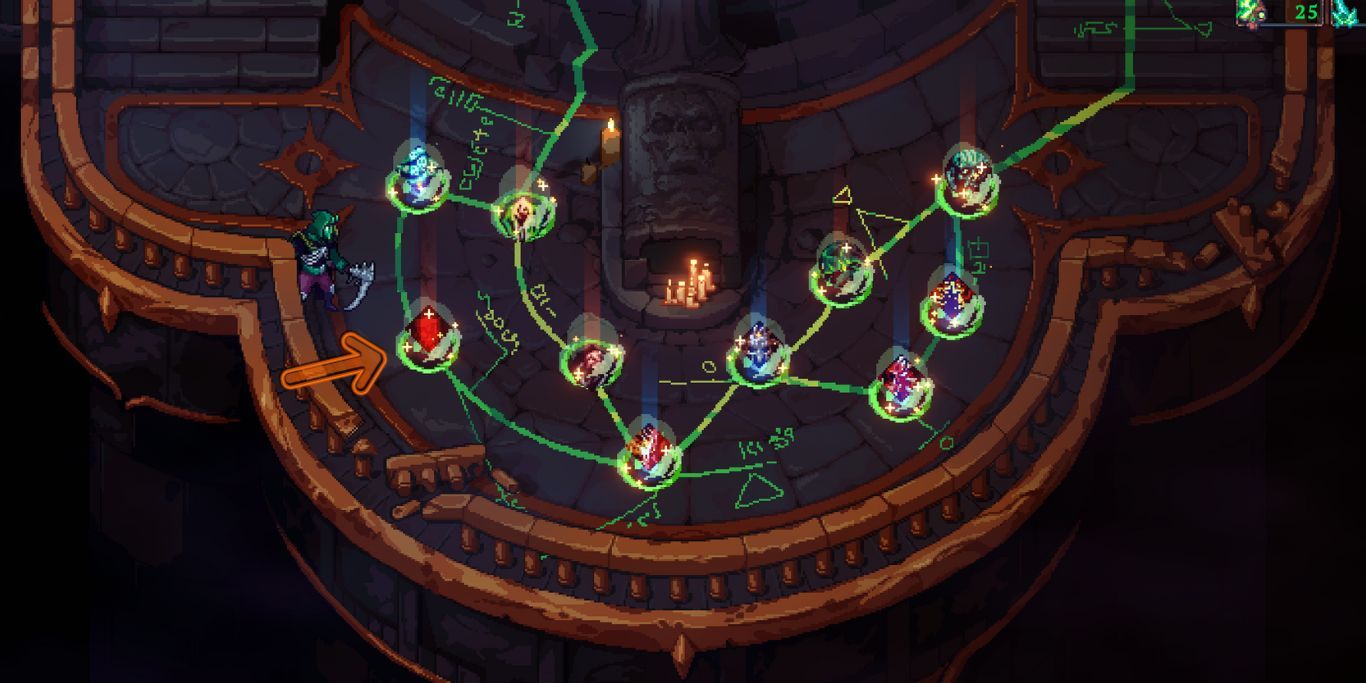 After finishing the tutorial of The Unliving, you'll get to Edge of Immortality where you'll meet The Lieutenant, Majra, and the shadow figure that killed you. Once you're done talking to everyone, you can start unlocking different spells with Arkhe and they start right above The Lieutenant.

These spells are divided into different groups of ten each, and they're separated by a single white line. You have to unlock all ten circles in a group to proceed to the next one. Unfortunately, Blood Feast is in the fifth group which already makes it a little annoying to get. You'll be spending a bunch of hours collecting Arkhe before you get the spell.

This spell works similarly to a bone spell, and it tweaks the undead in a certain area who can repair themselves using the blood nearby. Other than these spells, the only way to repair the undead is by sacrificing Clerics or other healing undead.

While self-healing is good, the only problem with this is that it requires you to deal damage to the living. There might be times when you have a lack of undead in your army, and if you don't have any damage abilities, there won't be any blood for them to be able to heal. 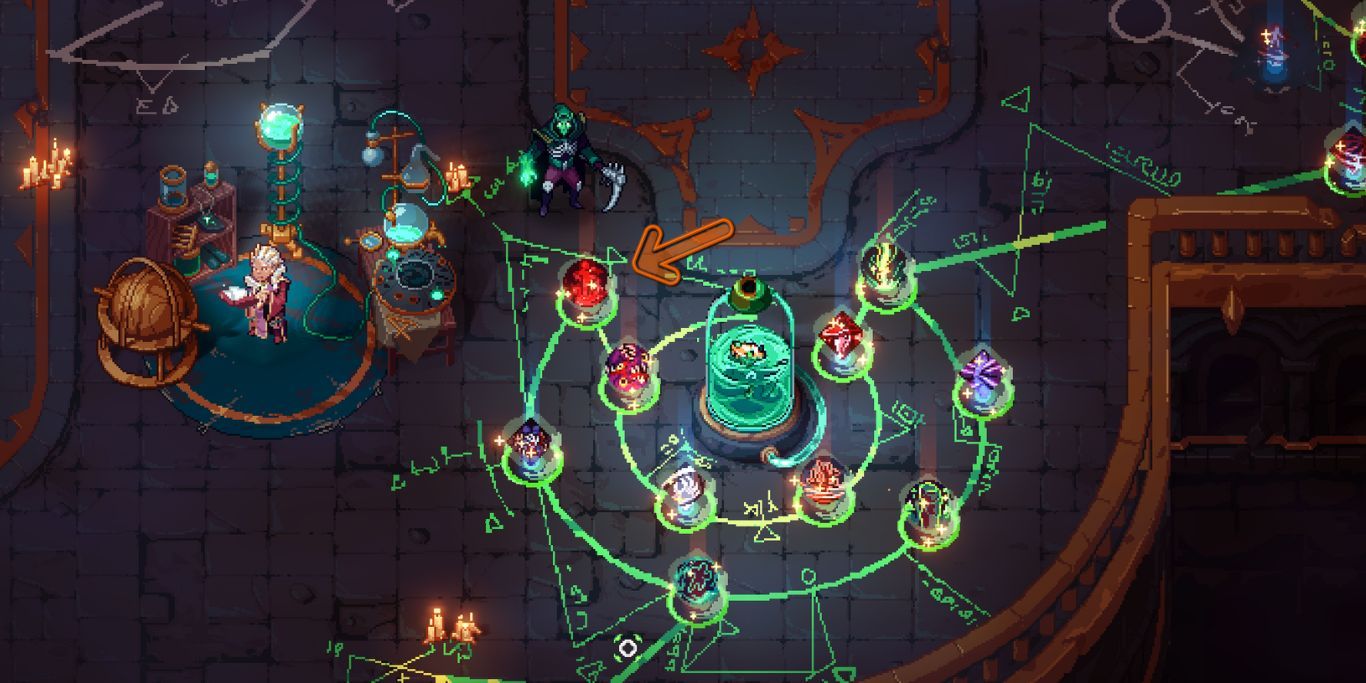 Going even further, Sticky Blood is placed in the sixth group of Arkhe upgrades. Since it can be unlocked as the third spell in this group, you will have to unlock at least 52 spells before you can get it. Moreover, if you get a certain material at the end of raids in Burial Isle, Caredhwaithian Mires, or Sunspire, there will be more Arkhe upgrades at the top near the portal.

Whenever you activate Sticky Blood, The Necromancer sucks in a certain amount of blood nearby to form projectiles that are aimed directly at the enemies. Each of these can deal decent damage to the enemies it hit, and the range at which blood can be acquired is also huge.

If you use it when you're right beside the enemy, all the projectiles will hit them, dealing a lot of damage and deleting their health. Although, this ability can be a little problematic if the enemies are far away and moving. The projectile aims at the enemy's current location and doesn't follow the target. Because of this, it won't hit them if they're moving. 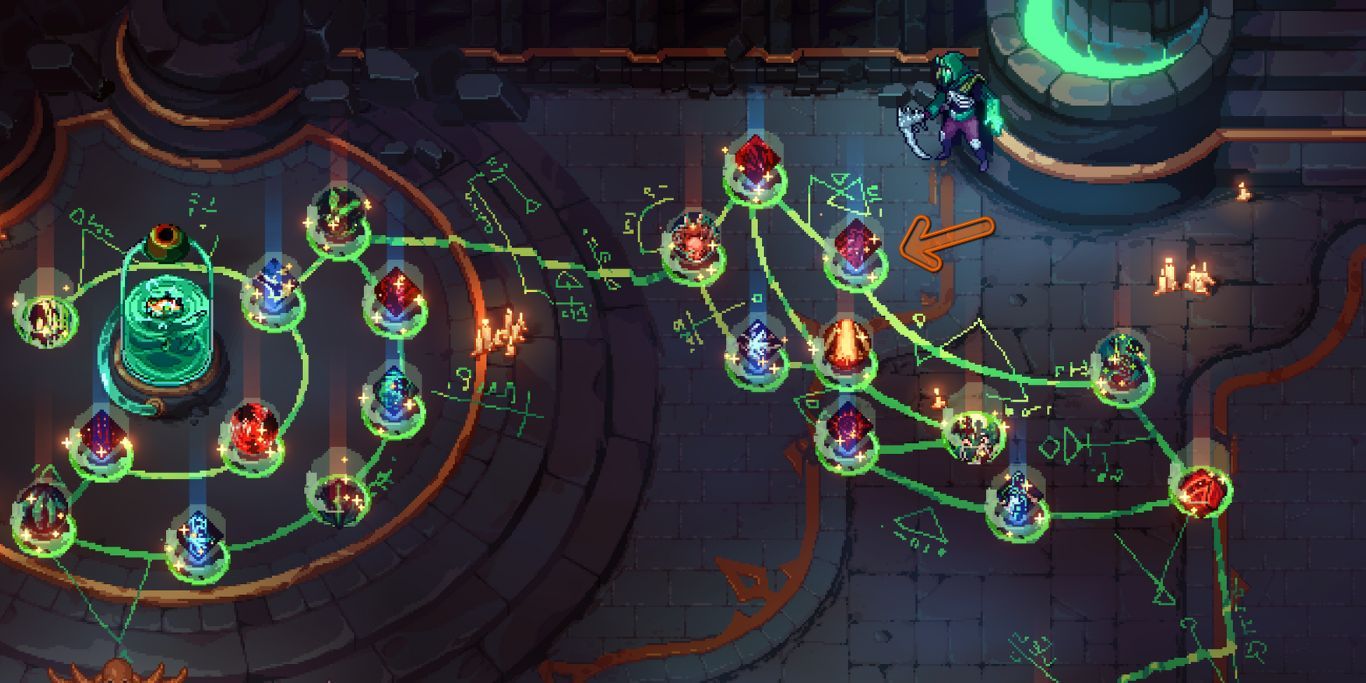 Starting with the best part about this spell, it can be unlocked as the third spell in the second group itself. You'd only have to do four to five runs before you can get Blood Geyser. Just like the other spells on the list, this one also needs a lot of blood on the field if you want to activate it.

Once activated, it will gather blood at the location of your cursor to cause an explosion that will damage, push back, and stun everyone nearby. This includes The Necromancer and the undead. It's sort of a double-edged sword, and you need to be careful before using this spell.

In an ideal scenario, you'd want to start the battle with the spell and then send your army over to the enemy. But this isn't always possible because you need blood near you, and that can only happen if you deal damage to the living. Another good place to use this is if you've lost your army, and it's on you to defeat the enemies. 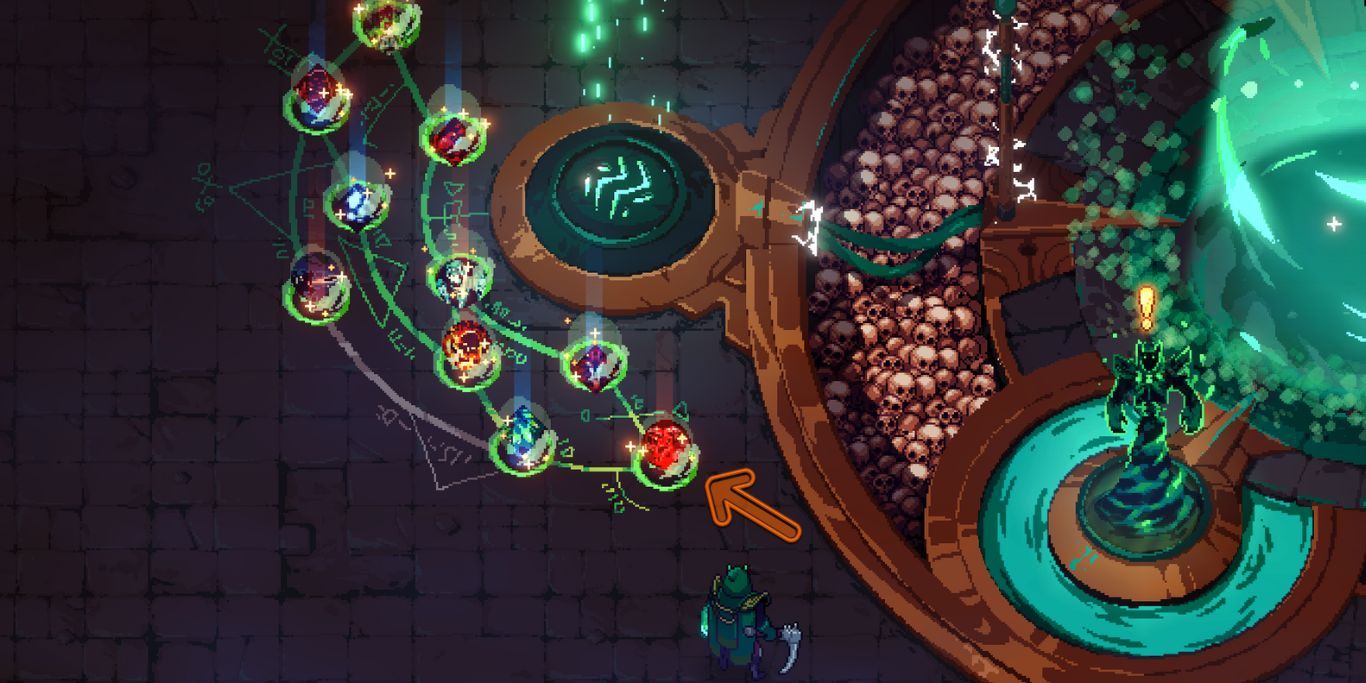 From the start of the game, you will already have one item required for the rite that will unlock a bunch of spells and sacrificial runes shown on the left side of the portal used to enter the raid. Blood Tide is one of these spells, meaning that you will have a chance to get it at the Blood Essence from the very start.

Whenever this ability is used, a certain amount of blood will turn into blobs that will follow The Necromancer if there are no enemies around. As soon as an enemy comes into your line of sight, these blobs will rush toward them and explode, dealing a lot of damage.

The best part about this spell is that you can use it outside battle and have the blobs follow you for a little while, and you won't have to use it directly in battle. As far as you can deal damage to the living, this ability can be a great source of extra damage. 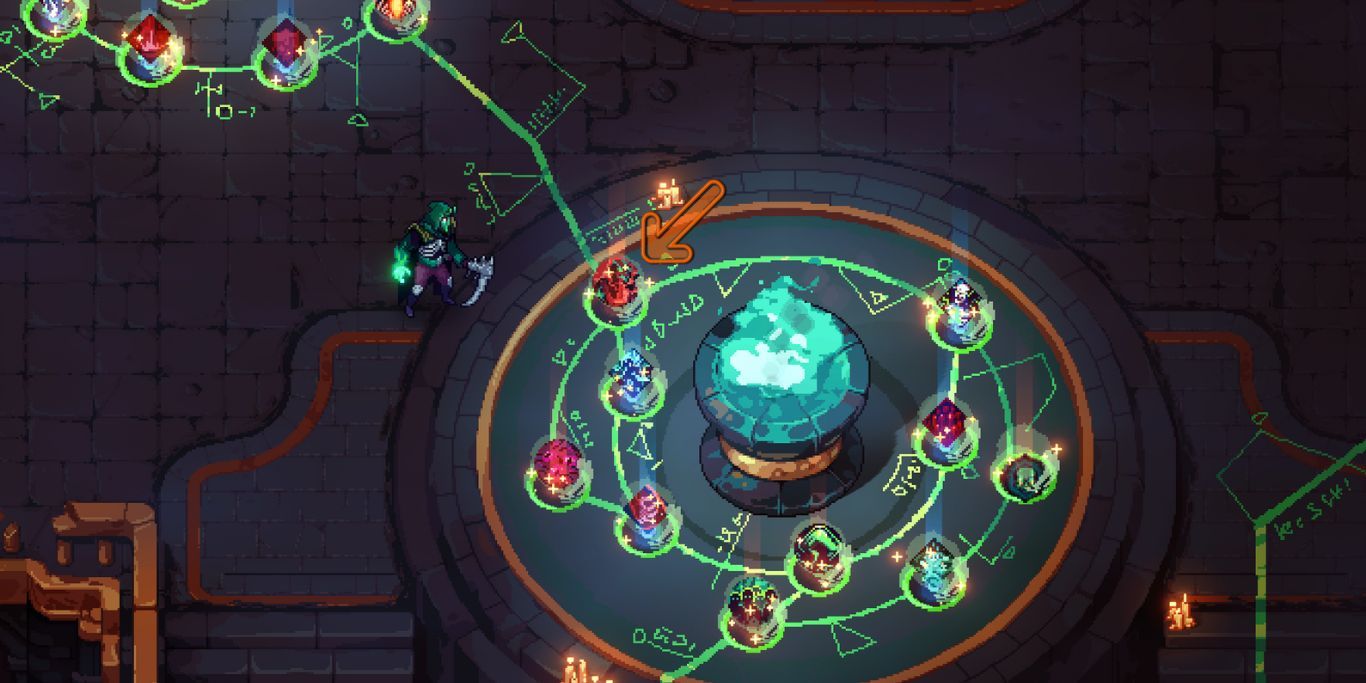 Undead are the only component that will deal the most damage to the enemies and objects during the raid, and that makes this ability the best. Crimson Horde can be unlocked as the first ability in the fourth group of Arkhe upgrades as shown in the picture above.

Upon activating this ability, The Necromancer will make multiple Crimson Warriors using the surrounding blood. These warriors will have a short lifespan, but they can move very fast and have a good attack speed as well. Furthermore, the ability has a short cooldown so you can keep making these warriors.

Not only does this give you extra damage, but the warriors also attract the enemy's fire, preventing your undead army to take much damage.