In Zombie Army 4: Dead War, you are tasked with fighting off hordes of undead soldiers using a variety of weapons. While that might sound straightforward enough for a third-person shooter spun off from the Sniper Elite series, you are bound to find out just how monumental the task is should you attempt to do so without preparation.

This is where our newbie-friendly tips come in. We've compiled a few things worth knowing before attempting to play the game, with the goal of taking you that much closer to winning the war against the undead when you do.

6 The Importance Of Crowd Control 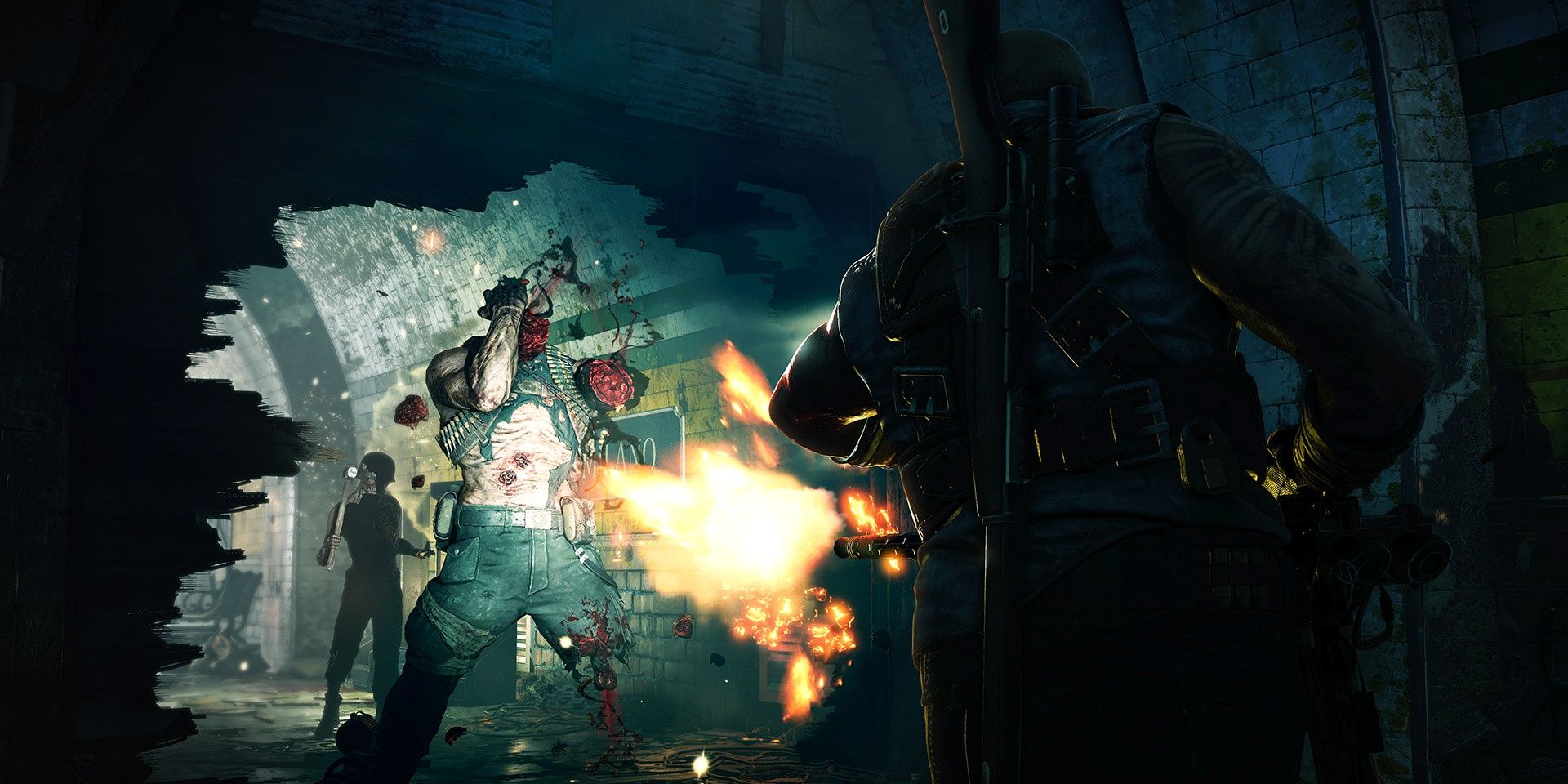 As its subtitle suggests, Zombie Army 4 has you fighting in an all-out war with an undead army. This means you'll often be facing off against hordes of enemies at once, making it easy to get overrun by them if you are not careful.

To prevent this, you'll want to employ some crowd control tactics to mitigate the threat that these hordes pose. One way you can do this is by using grenades and other explosives to help thin down those hordes. That way, you can take out multiple enemies at once without having to fight them one by one. You should also avoid having your six left exposed to attacks from behind. Make use of the environment to funnel zombies through narrow passages whenever you can, so you can easily take them out as they try to reach you. 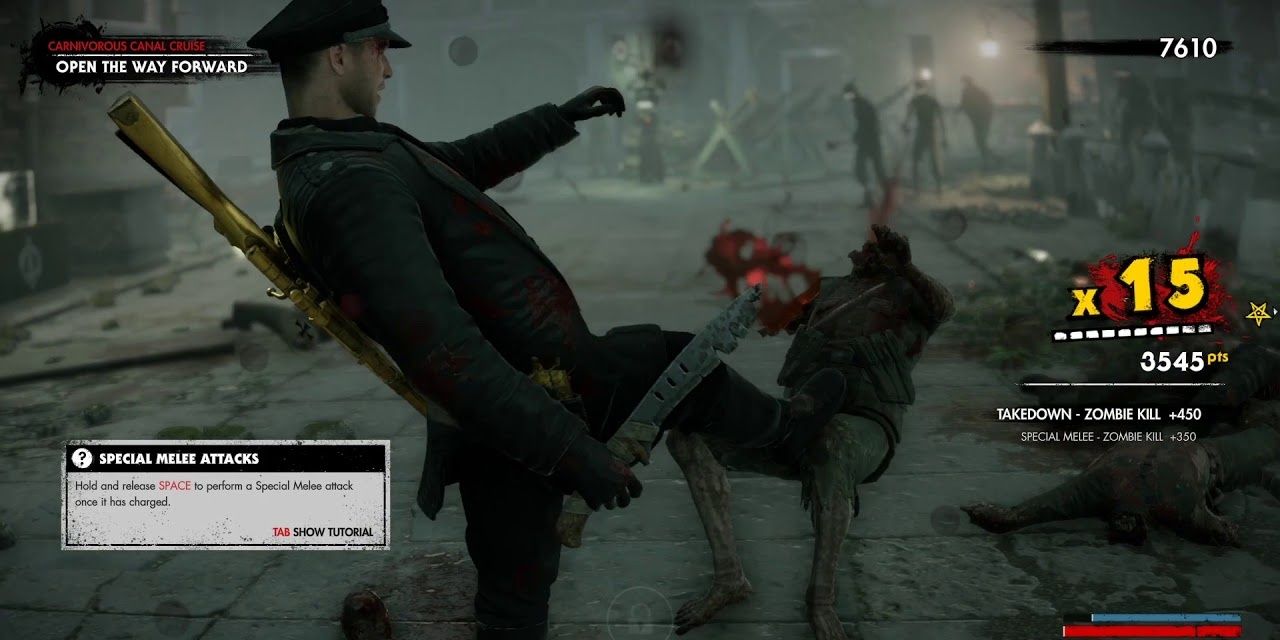 Zombie Army 4 presents multiple choices when it comes to how you fight off enemies. Aside from a selection of ranged weapons, those that prefer close-quarters combat also have a number of melee weapons to choose from.

The good thing about favoring melee attacks is it gives you an opportunity to use melee takedowns. These are powerful moves that can be used to deal damage to multiple enemies at once. You'll need to charge them up first though, which often requires attaining a combo multiplier of ten or above. If the takedown is successful, you not only get a chance to one-shot the enemy but might also get rewarded with additional health, like when using Divine Explosion, which knocks down multiple enemies with a shockwave when performed. 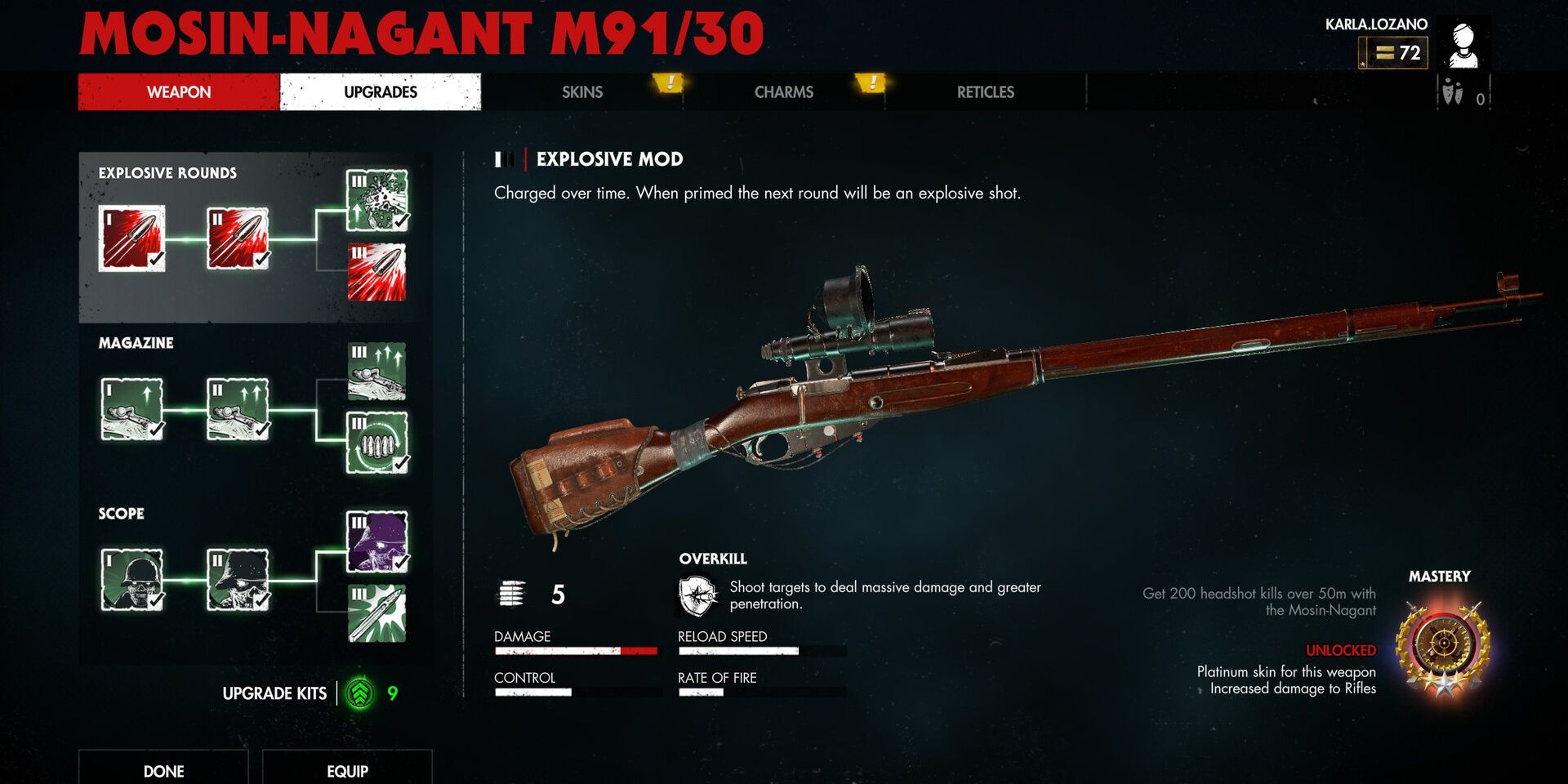 Throughout the campaign in Zombie Army 4, you'll occasionally run into workbenches where you can upgrade your weapons, provided you also have the upgrade kits needed to do so.

The available upgrades themselves involve things like adding the ability to deal elemental damage with the weapon, the weapon's ammo capacity, or its overall accuracy. And while it might be tempting to try upgrading all your weapons, it is better to take a more considered approach. Not all weapons are created equally for example, and you might find yourself favoring some over others. So it makes sense that you would want to invest your upgrades on the weapons that actually serve you the most.

3 Keep An Eye On The Stamina Gauge 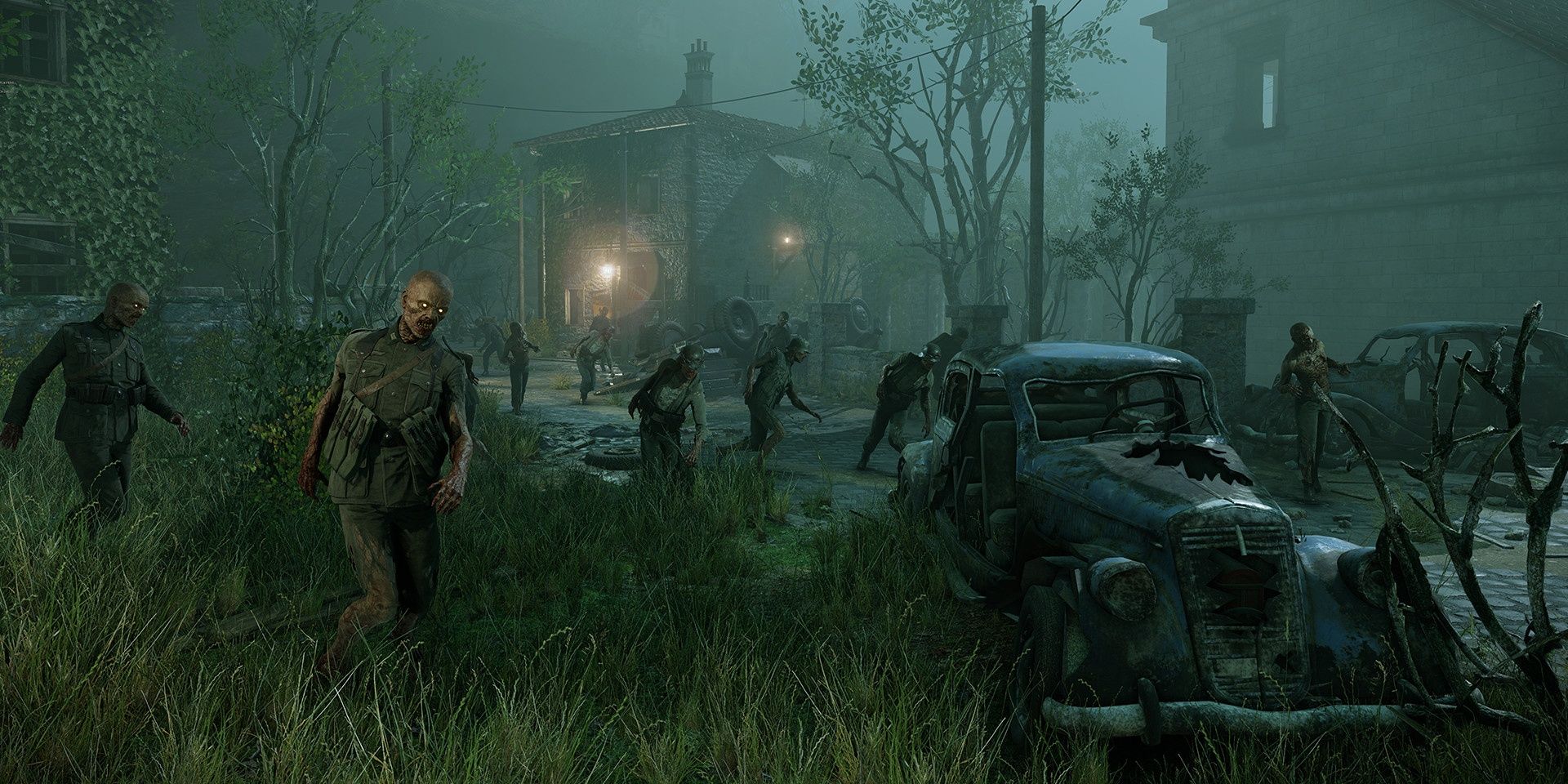 Like the games in the Sniper Elite series, certain actions in Zombie Army 4: Dead War are tied to a stamina gauge. So each time you run or perform a melee attack, you use up some of your stamina. Once depleted, you are no longer able to perform those actions until you take the time to allow the gauge to replenish.

There is nothing worse than running out of stamina in the middle of a tough enemy encounter, which can effectively cripple your ability to fight back or run away. This is why you need to pay close attention to your stamina at all times. Make sure the gauge is full before facing off against hordes, as well as avoid actions that use up lots of stamina like the Empty Lung, unless absolutely necessary. You'll also want to allow the gauge to replenish during fights, preferably while you are behind cover and away from imminent danger.

2 Make The Most Of Medkits 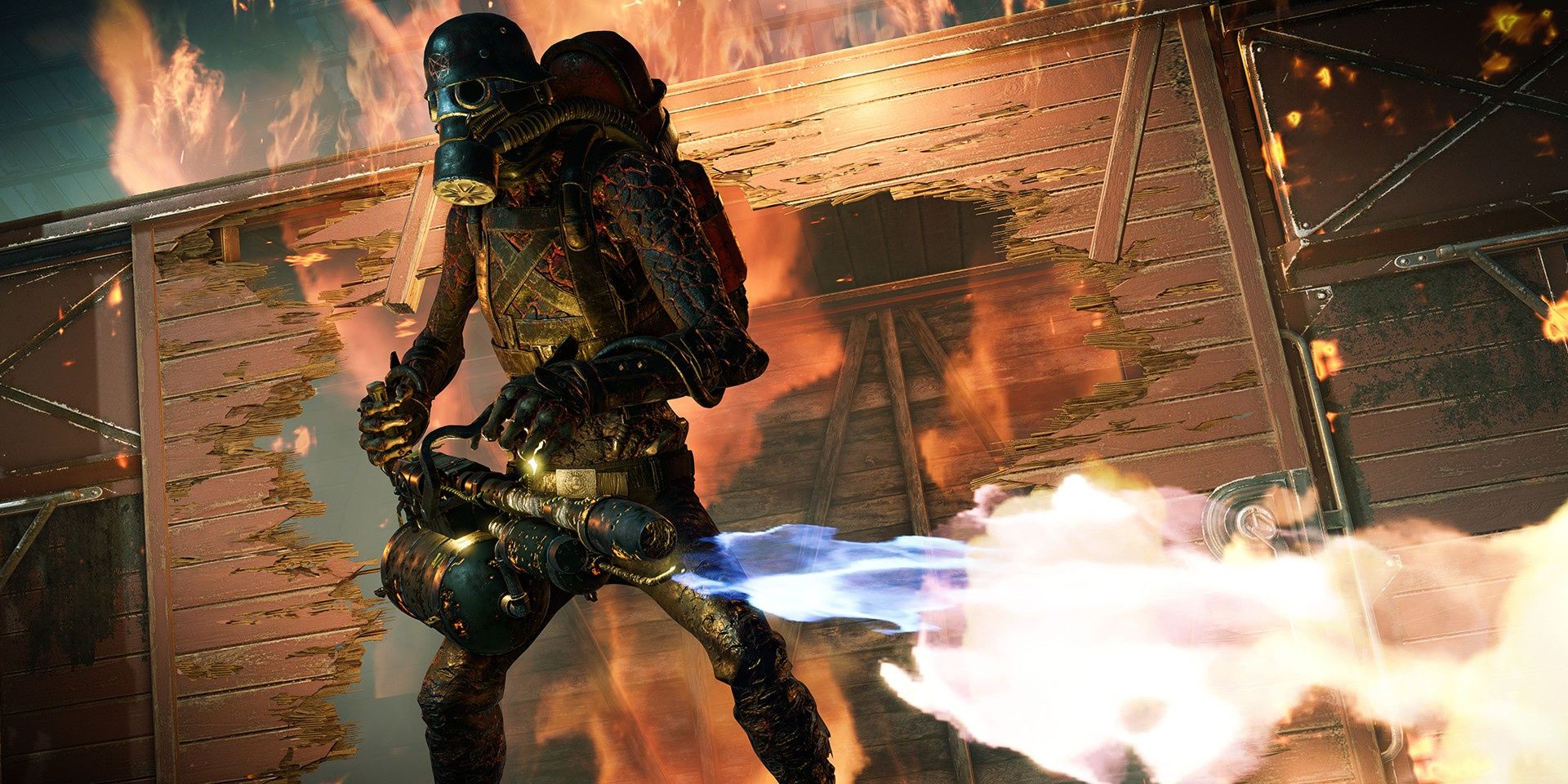 Another thing you'll need to keep an eye on in Zombie Army 4 is of course your health bar. It is easy to get carried away in the heat of a tense battle, only to discover that you're mere moments away from losing all your health.

Thankfully, you can make use of medkits on the fly to instantly restore some of your health. The problem though is that those medkits come in short supply, and your inventory doesn't exactly let you carry that many of them around. So you'll need to make each and everyone you use count. Avoid wasting them by using one too early or when you've barely sustained any significant damage. Waiting until you're really low on health before using a medkit is one way to ensure you make the most of it. 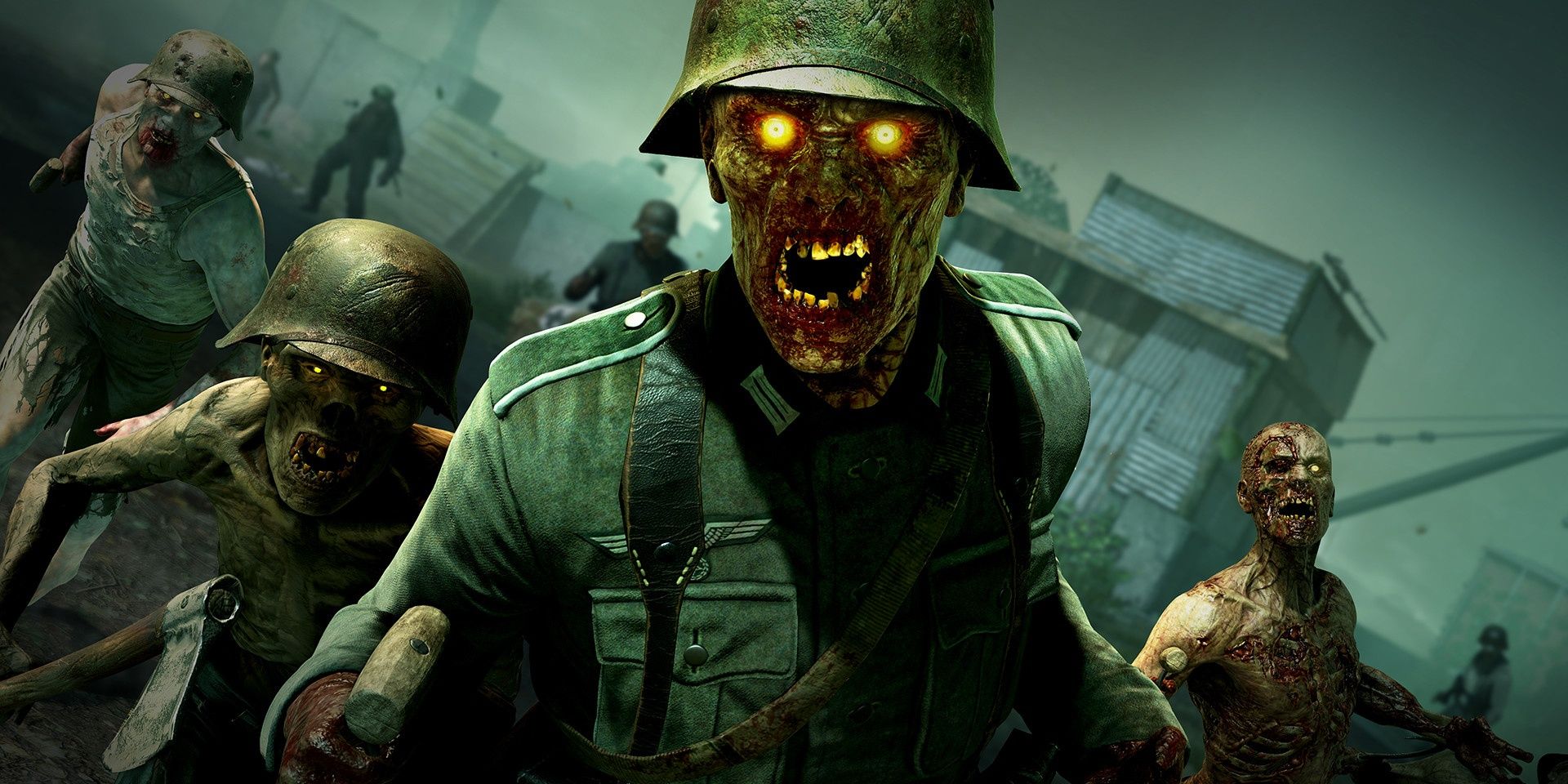 In Zombie Army 4, you'll come across different classes of zombies. Aside from the regular grunts that make up the bulk of the undead army, you also have to deal with officers and elites, as well as some unique zombies with special abilities.

Each class of zombie requires a different approach to take down, so while you can probably get away with going toe-to-toe with a bunch of grunts, the dynamic changes significantly once an elite gets thrown into the mix. Knowing what weapons and tactics work best against what zombies is half the battle. For example, your empty lung ability is more effective when used against an elite as opposed to a grunt, so adjust your tactics accordingly and you'll be winning the war in no time.