One of the final announcements of the Marvel and Star Wars showcase at D23 was the confirmation of which characters will be a part of the MCU's version of the Thunderbolts.

Disney is currently hosting the Marvel and Star Wars showcase at D23 (as well as special appearances by Willow, Indiana Jones, and Avatar), revealing new information on several previously announced projects, including The Marvels, Wakanda Forever, and Ironheart. Although most of the announcements were kept exclusive to D23 and likely won't be seen by everyone, one piece of concept art has been shared and it shows who will make up the MCU's version of the Thunderbolts.

Alongside giving more information on the development of the Thunderbolts, Marvel released a single piece of concept art that showed off all of the anti-heroes that'll be a part of the team. From left to right we can see Valentina Allegra de Fontaine, played by Julia Louis-Dreyfus, Ghost, Red Guardian, Yelena, Bucky, US Agent, and Taskmaster. 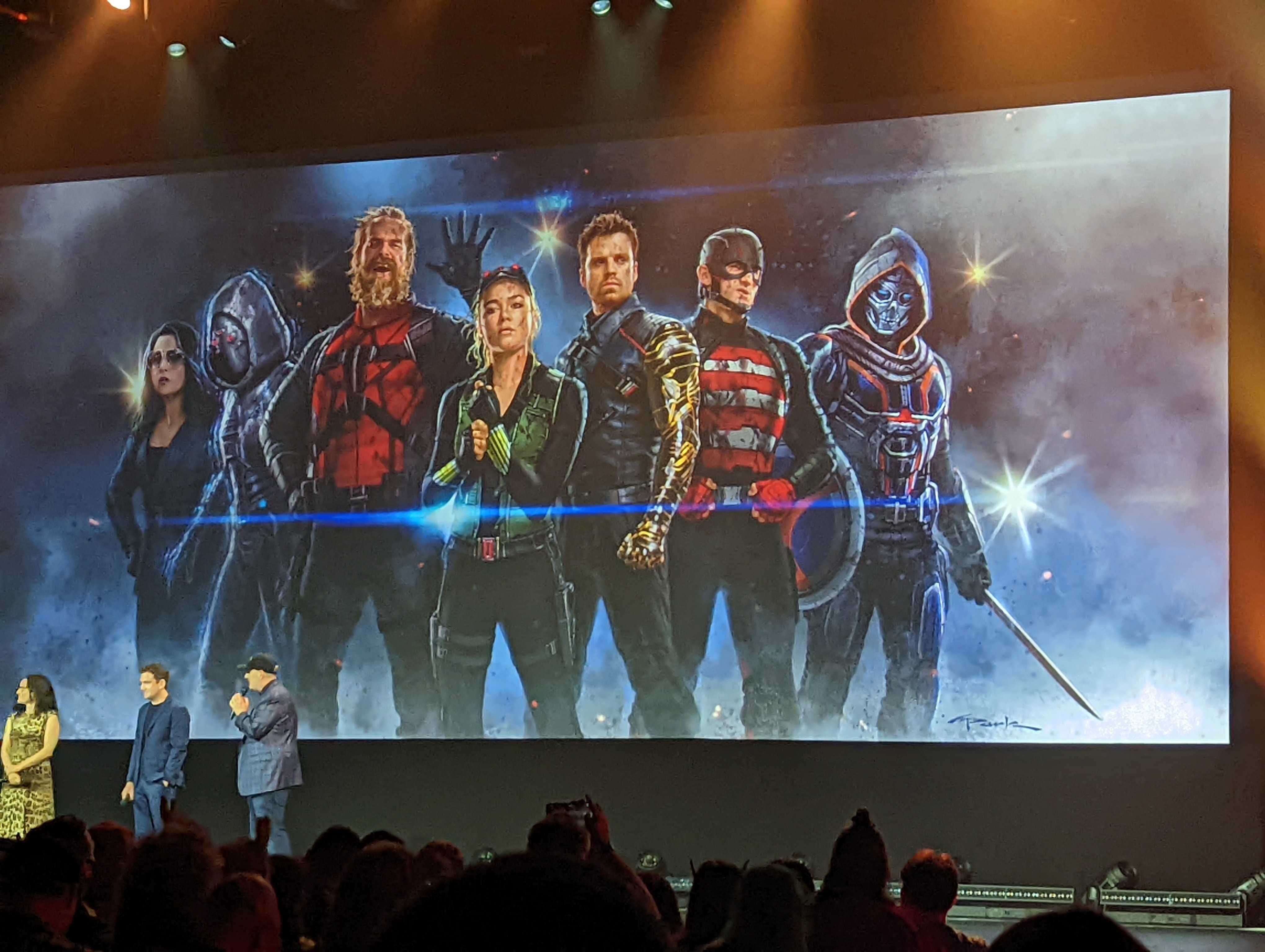 For those who aren't aware, the Thunderbolts are essentially the Marvel equivalent to DC's Suicide Squad, made up of anti-heroes instead of being fully aligned with the good guys. Ghost, Taskmaster, US Agent, and Winter Soldier have previously been a part of the team in the comics, but White Widow and Red Guardian are new additions for the MCU.

This story is developing…