Tony Hawk’s Pro Skater 1 + 2 lets you shred to over 50 songs across different genres, but not every track is a banger. Thankfully, you can take out those annoying songs in the options menu, and it’s an almost painless process.

On the main menu, go to Options, then Sound Options. Next, go down to playlist and press X (or A for Xbox). You’re now on the playlist. It will give you the long list of tracks available to play in the game. You can press the confirmation button to remove a track from the playlist or add it if there isn’t a tick next to the song. 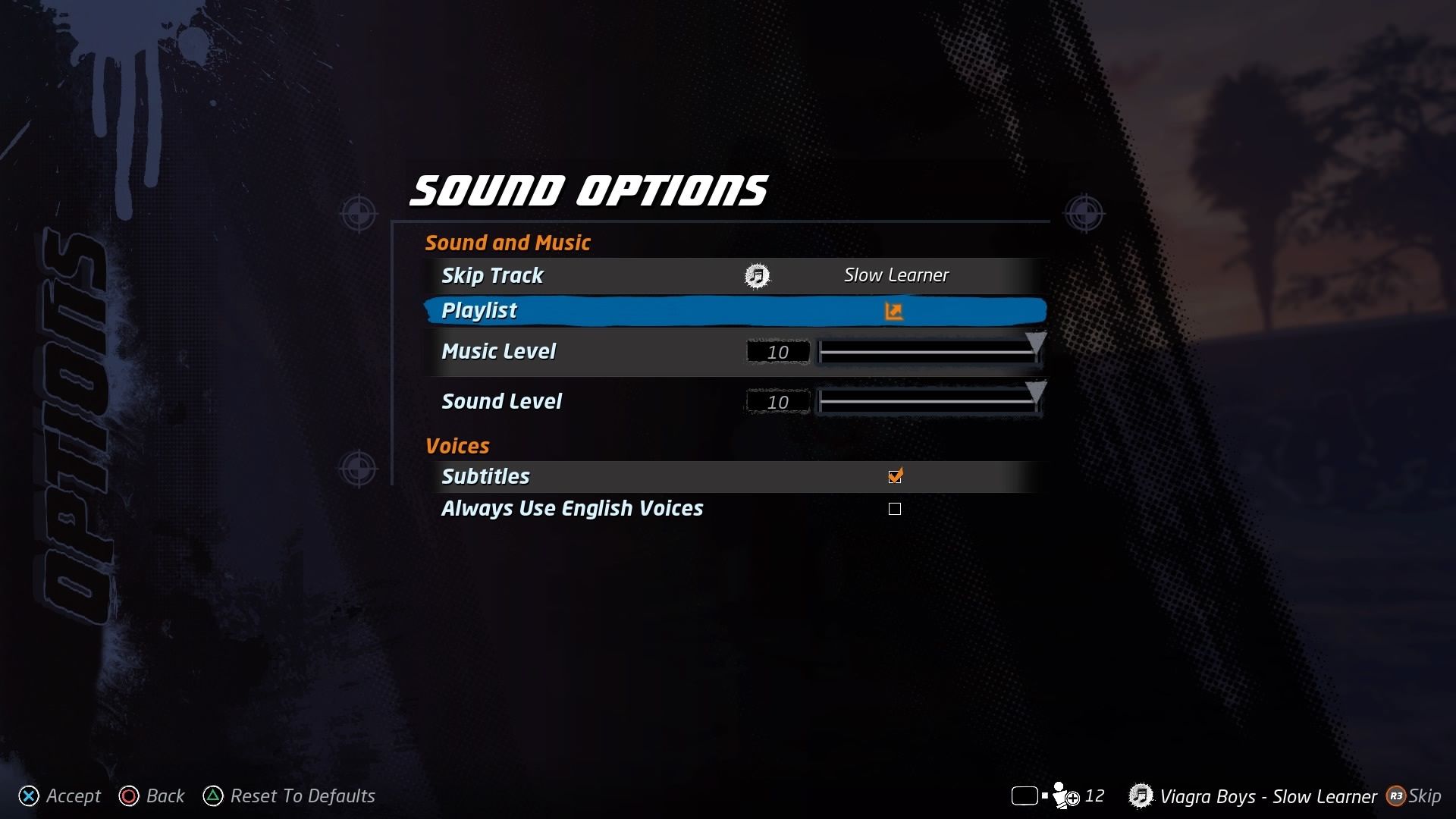 You can preview a clip of the song selected by pressing the square button (or X for Xbox). The nice thing is that it actually plays a clip during the middle of the track rather than the whole song. Whatever is being played is highlighted in blue. 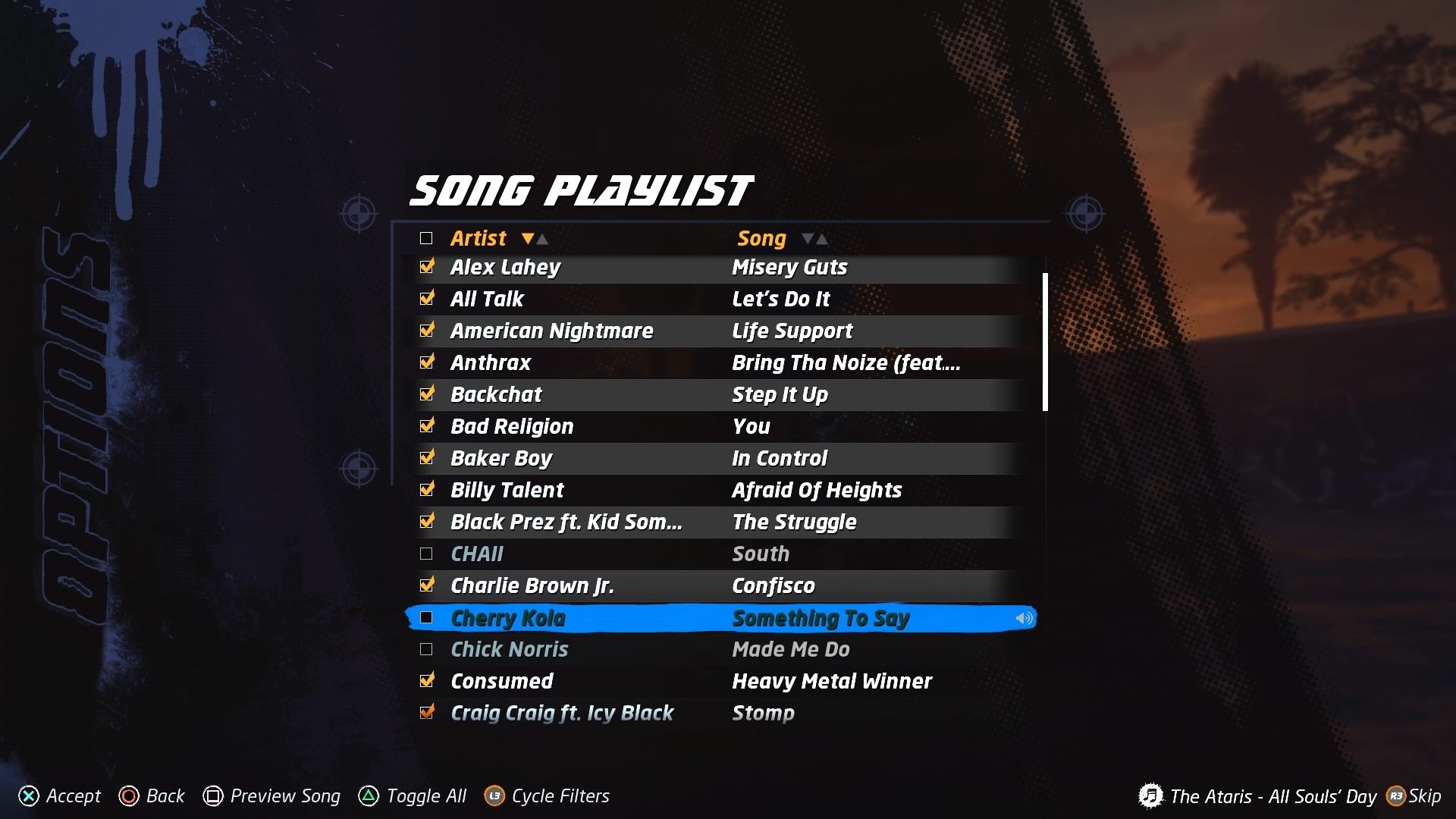 If there is a particular track you want to eradicate from your playlist, you can find it easily by cycling the filters with the L3 button (a press of the left analog stick). This will change either the artist or song name by A-Z or Z-A. For example, if you can’t kick it anymore with A Tribe Called Quest’s “Can I Kick It?” and have it set to Z-A, press L3 a few times, and you’ll see the song at the top of the list.

Be Wary of These Features (or Lack Thereof)

Unfortunately, there isn’t a feature to remove the songs by genre; if that was given, a complete wipeout of the rap section would be a quick and blissful reward for my ears.

It’s also unfortunate for old-school players that they can’t take out the new songs that have been added to the game. If they want a 1-to-1 experience with the classic Tony Hawk experience on the PlayStation 1, they’ll have to do some research on how the playlist has been expanded.

Be careful of the triangle button (Y button on Xbox) as it will toggle on or toggle off all songs on the song playlist. This could take out your progress of selecting which songs are right for you and turn back on the tracks you don’t want. It’s best to go down the list and press X (or A) on every song you hate from the soundtrack.

Now, with all these tips, you should feel like “Superman” while playing this nostalgic blast from the past.