Paul W.S. Anderson’s unfaithful adaptation of Capcom’s Monster Hunter may have been a dud, but there’s one tidbit from production that makes it a little worthwhile. According to the film’s prop master, actor Tony Jaa was the only cast or crew member who was capable of lifting the Great Sword.

Speaking to Polygon, prop master Kerry Van Lillienfeld spoke about the challenges involved in creating the franchise’s iconic, seven-foot Great Sword. Made of monster parts, the Great Sword’s blade often resembles a large, toothed jawbone, protruding from a hilt that resembles Cloud’s Buster Sword from the Final Fantasy series. The task of replicating such a meaty weapon was intimidating, and Van Lillienfeld tried his best to stay as close to the source material as he could – at least somebody did.

Just like the development of most props, the first model was made lighter, crafted from a type of rubber and foam and labelled as the Great Sword’s “soft” variant. Designed to be the most lightweight of the builds, the Great Sword still weighed “between 30 to 40 kg” (66 to 88 pounds) and Van Lillienfeld admitted that he “could hardly pick it up.” It was then back to the drawing board as this model was basically unusable for any type of action. A second model tested a “brittle biscuit foam” which made it slightly lighter. The final product ended up weighing 33 pounds and Van Lillienfeld still thought it was too heavy – until actor Tony Jaa gave it a lift. 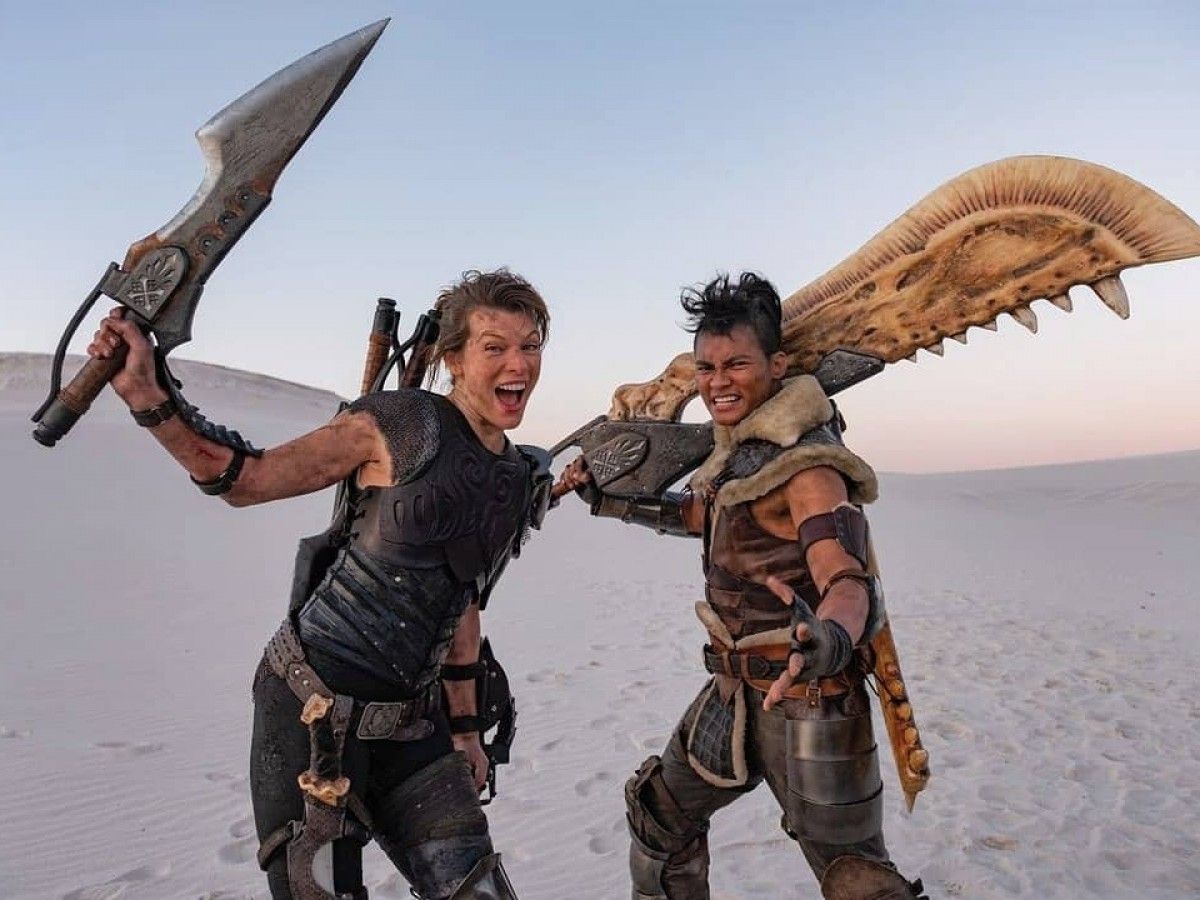 The prop master remembered being able to rest the sword on his shoulder, but Jaa walked in for a fitting and managed to produce a number of nimble poses whilst wielding the prop. Jaa played a Hunter in the adaptation and he was required to perform various action sequences with the problematic prop. Luckily, his background in martial arts gave him the required upper-body strength to own the Great Sword, and Van Lillienfeld stated that not many actors would have been capable of handling the sword the way Jaa did.

The live action ended up making a disappointing £7 million on its opening weekend, and its content did not impress fans of the video game franchise. However, if you want to see just how impressive Tony Jaa’s swordsmanship is then the film is available to stream on Amazon Prime, YouTube, or VUDU – if you don’t mind parting with $20.