One of the many new Legendary Lords featured in Total War: Warhammer 3 is the mighty Daemon Prince. Like his tabletop counterpart, this servant of the Chaos Gods is highly customizable, mutating new features to gain advantages in combat. There are dozens of Daemonic Gifts available to the fearsome creature, so choosing the right combination can be a daunting task.

We'll take a look at the best builds for specific situations, as well as ways to maximize your benefits when the time comes for the Prince to dedicate himself to a specific god. 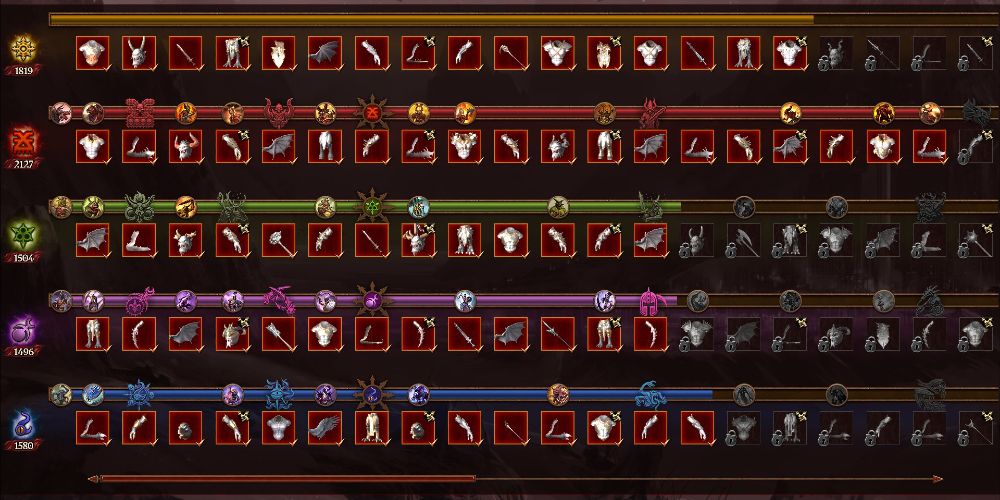 Throughout the Daemon Prince's campaign, you can earn Glory for each of the four Chaos Gods, as well as for the unified power of Chaos Undivided. Reaching new thresholds on each Glory track will unlock new Daemonic Gifts that can be equipped and swapped at will from the Daemon Prince's character screen.

There are several categories of Gifts, and you can have one of each category equipped at a time. Some Gifts lock out others – for example, if the Prince uses a Slaaneshi Gift to turn his arm into a razor-sharp scything blade, he can no longer carry a weapon, but he can always mutate back as the situation demands.

The only real limitations to Daemonic Gifts are that you can't swap them during combat, and they replace the normal items and ancillaries usually available to characters. If you find any gear, followers, or banners, they can still be equipped to your other Lords and Heroes, however. 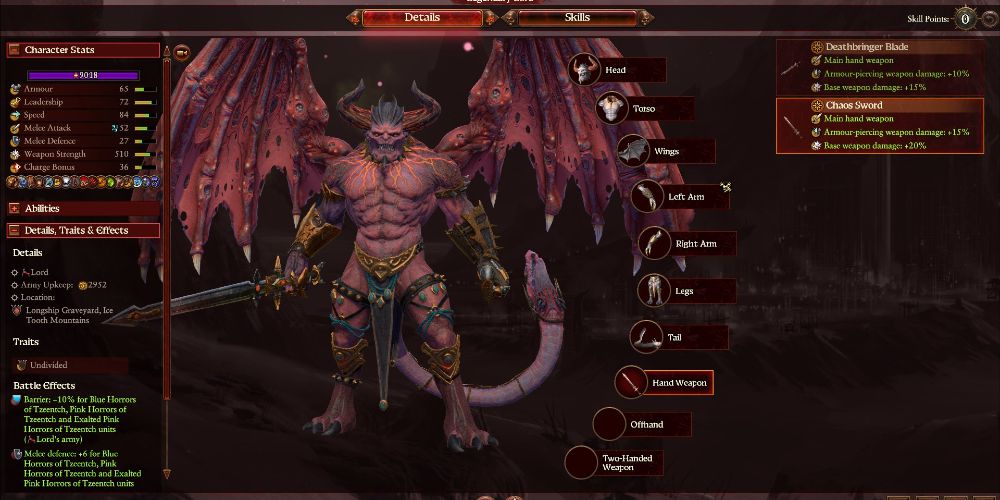 At the start of the campaign, your primary foes will include meddlesome Empire and Wood Elf armies, rebellious Norscan tribes, and the occasional Kislev force that wanders too far north. For the most part, these armies will be lightly armoured, so you don't need to worry too much about piercing damage. As such, your priorities for Daemonic Gifts should focus first on Melee Attack and Armour so that you can easily smite the foolish mortals and shrug off their pitiful attacks.

With a few hundred Glory for each god, you can maximize these stats with the following build: 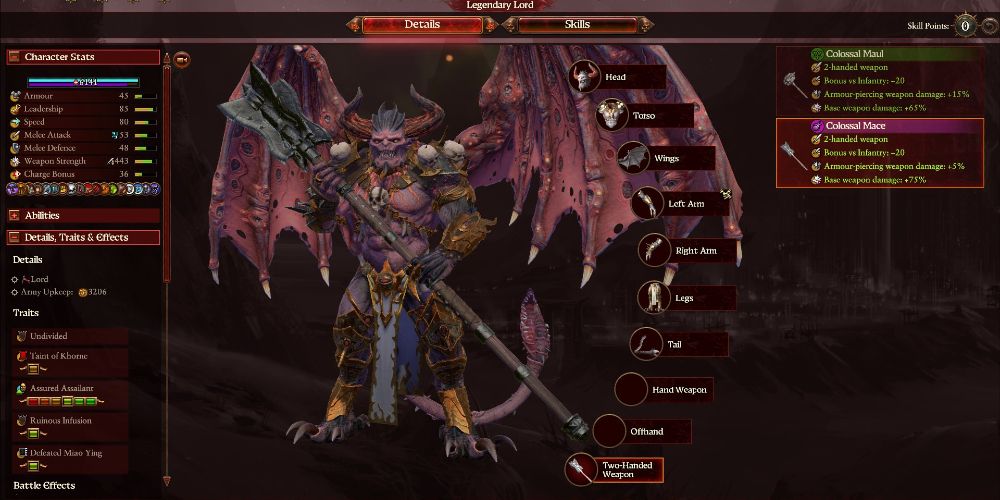 Once your Glory ratings approach 3,000, you'll have to make a choice regarding which Chaos God to dedicate the Daemon Prince to for eternity. Doing so locks the Gifts of the other gods. Before that happens, you'll have a wide array of Gifts as all four seek to tempt the Prince into their service. This is a great time to make a powerful Daemon Prince capable of slaughtering hundreds per battle and crushing any Lord foolish enough to challenge him.

Unless you're trying to build one of the available sets or get a specific spell, your priorities largely remain the same save that you'll need options for battling heavily-armoured Lords. This is especially important if you encounter a rival Legendary Lord in the Realm of Chaos. 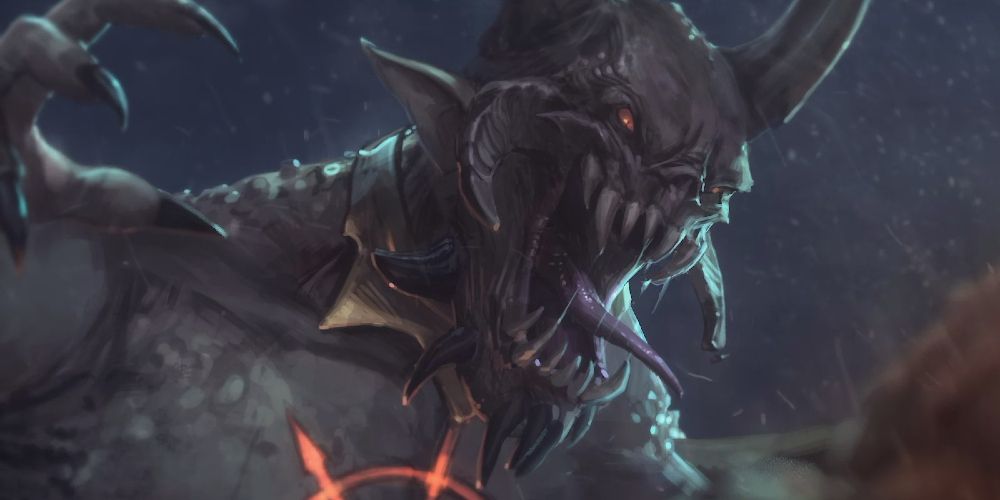 Once you've chosen to dedicate yourself to a specific god or to Chaos Undivided, you'll gain access to powerful new gifts. At this point in the game, your loadout will be determined by your needs, and as always you can change your Gifts on the fly. It's recommended that you build one or both of the sets available to your chosen god, as this will significantly enhance the units in the Prince's army.

If you're not sure which dedication to make, here is a rundown of what each of the Ruinous Powers has to offer: