If you don’t know Unity, you probably know at least one of the games that uses Unity. Games like BattleTech, Kerbal Space Program, Ooblets, Temtem, Subnautica, Night in the Woods, Escape from Tarkov, and many more all use the Unity Engine, and now, Unity is partnering with Lego to make even more games.

But not the next Lego Star Wars or anything–Lego games all use a proprietary engine that Lego built from the ground up. What Lego brings to this party is models and intellectual property so that Unity can make a game tutorial that’s as easy as playing with Lego bricks.

Mostly because it actually has virtual Lego bricks in it.

The new Lego Microgame is a “guided experience designed to get new users working in the [Unity] Editor quickly and easily.” You’ll go from start to finish in roughly 45 minutes, and at the end of it, you’ll have a game ready for publishing on the Unity Community Hub. 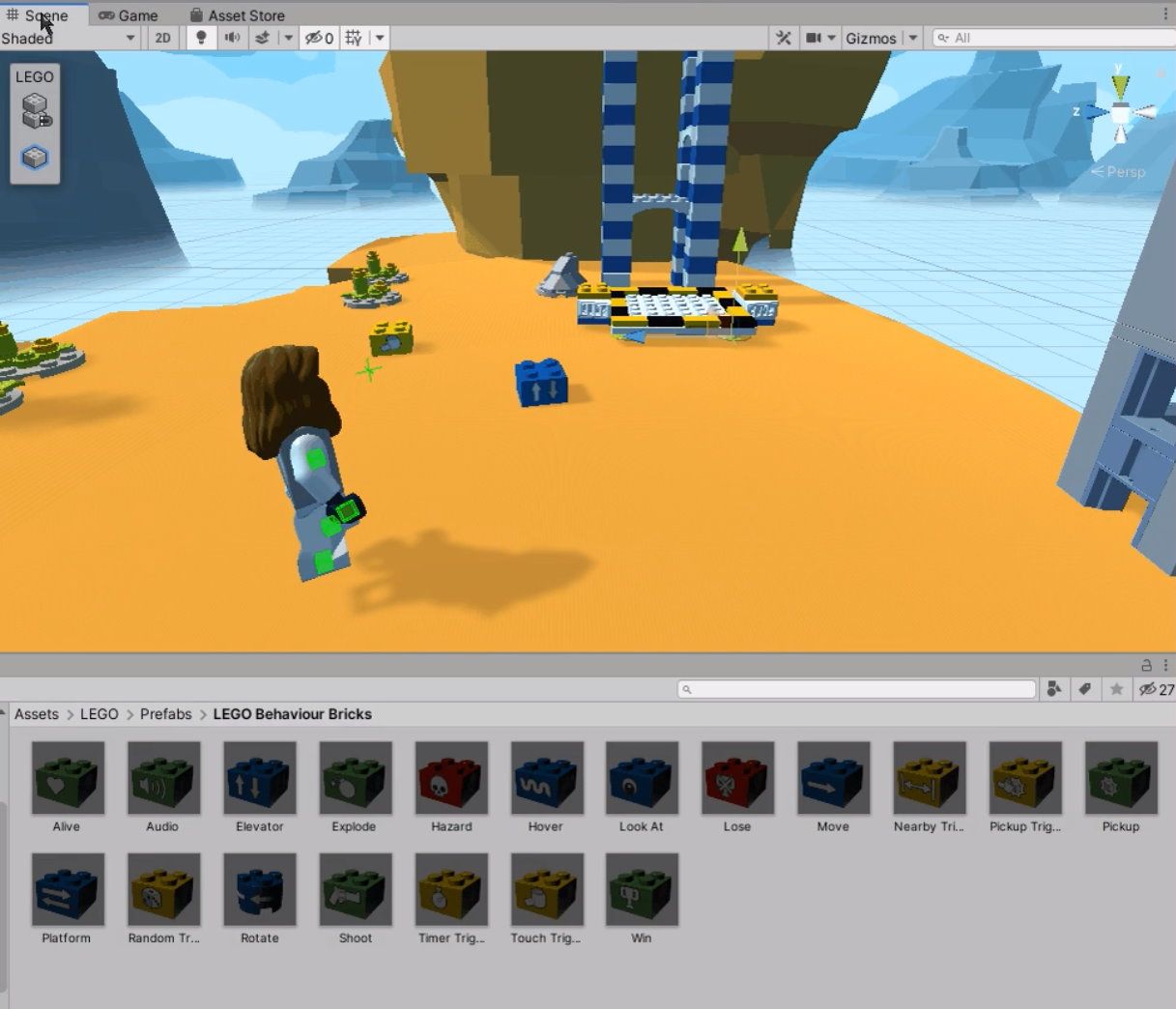 So, how does it work? Well, first you’ll need to download Unity, then you’ll need to download the Lego Microgame. After that, follow the in-game/editor tutorial to start building your game. “Gameplay behaviors and actions have been embedded into the virtual bricks, allowing you to build your interactive project, brick by glossy brick.”

Videos on the Unity website show that you’ll eventually wind up with something that looks an awful lot like a real Lego game.

Unity is also looking for your feedback. If you play the Lego Microgame, tell them what you think in their feedback form. Maybe this will result in the next real Lego game being made in Unity.