V Rising combat varies wildly when it comes to balance. Yes, player preference does come into play somewhat, but there are some very clear winners and losers when it comes to weapon and spell choices for dealing with those pesky humans. However, the hardest part in combat is staying alive long enough to kill your prey.

Bosses can be a slog in this game, having large health pools and attacks that are hard to dodge with the slow movement speed. This is where you need defensive spells. Able to block damage and help you dodge out of the way, these abilities are essential. But which ones to choose? These are our recommendations. 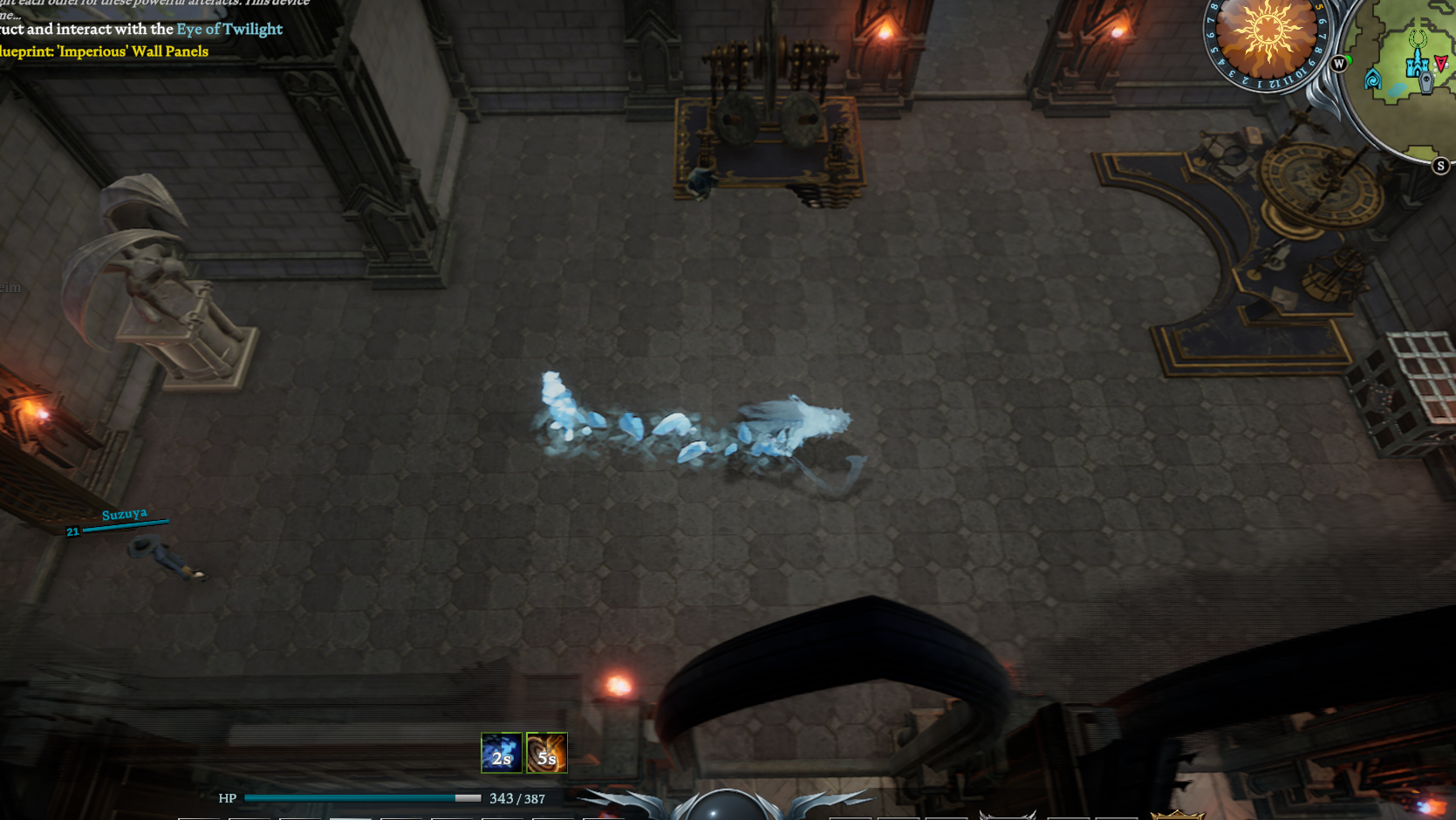 Veil of Frost is unfortunately the weakest of the defensive spells. While it does give you the self shield for 125 percent of your spell damage, the frost effect is not nearly as strong as some other enemy debuffs in the game.

Firstly, it does not apply to bosses where the slow-down would be the most helpful, and secondly on the rank-and-file enemies, well they are already quite easy to hit. Doing damage to them is easy, it is staying alive that is hard.

Much like with Veil of Frost, Frost Barrier suffers because the chill effect is weak. V Rising is a game about killing the enemies quickly, and while it can be somewhat helpful when running away from the attackers, it will not help with bosses.

If instead the waves of frost came out automatically instead of upon striking the shield, it could be higher up on this list. Unfortunately though Frost Barrier just isn't that useful. 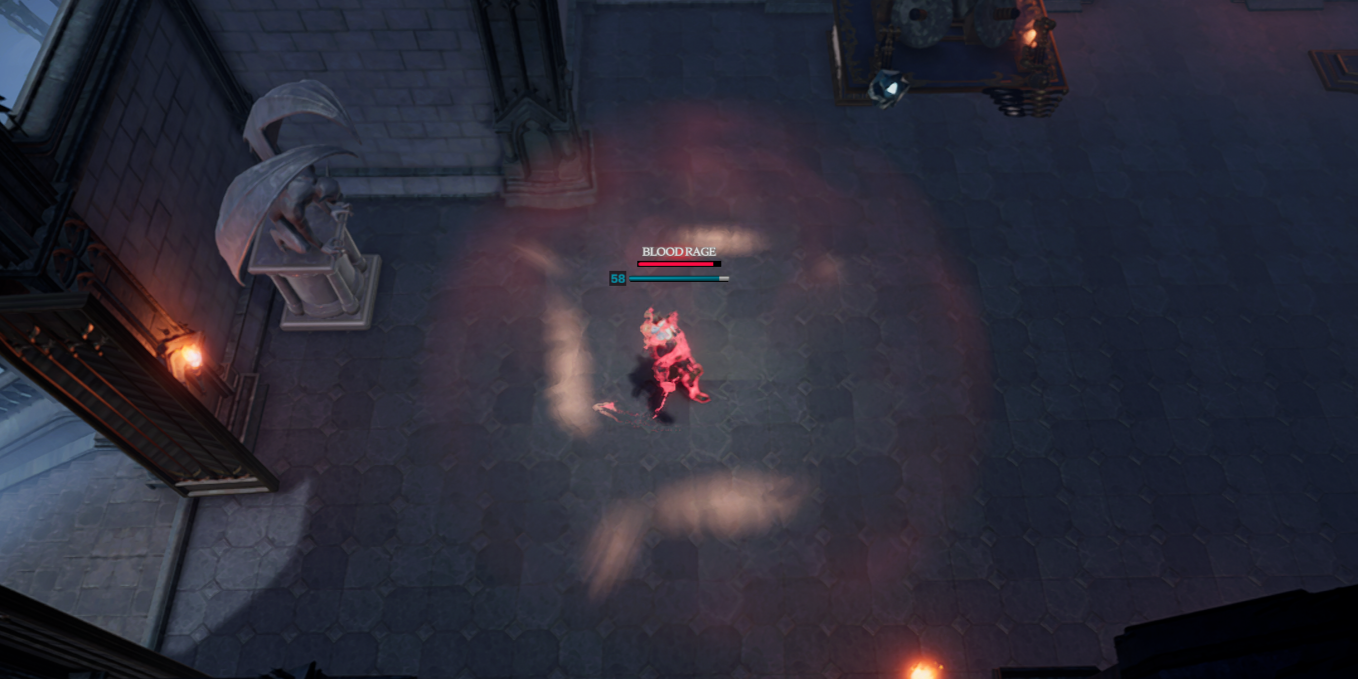 Blood Rage is pretty much just a worse version of Crimson Aegis. It only protects you for 110 percent of your spell power (as opposed to Aegis' 200 percent), and increasing your attack speed will not keep you alive against most bosses.

Of course against the thrall that populates most of the world it can be more powerful, but in any big fights that four seconds of faster attacking will get you very little. 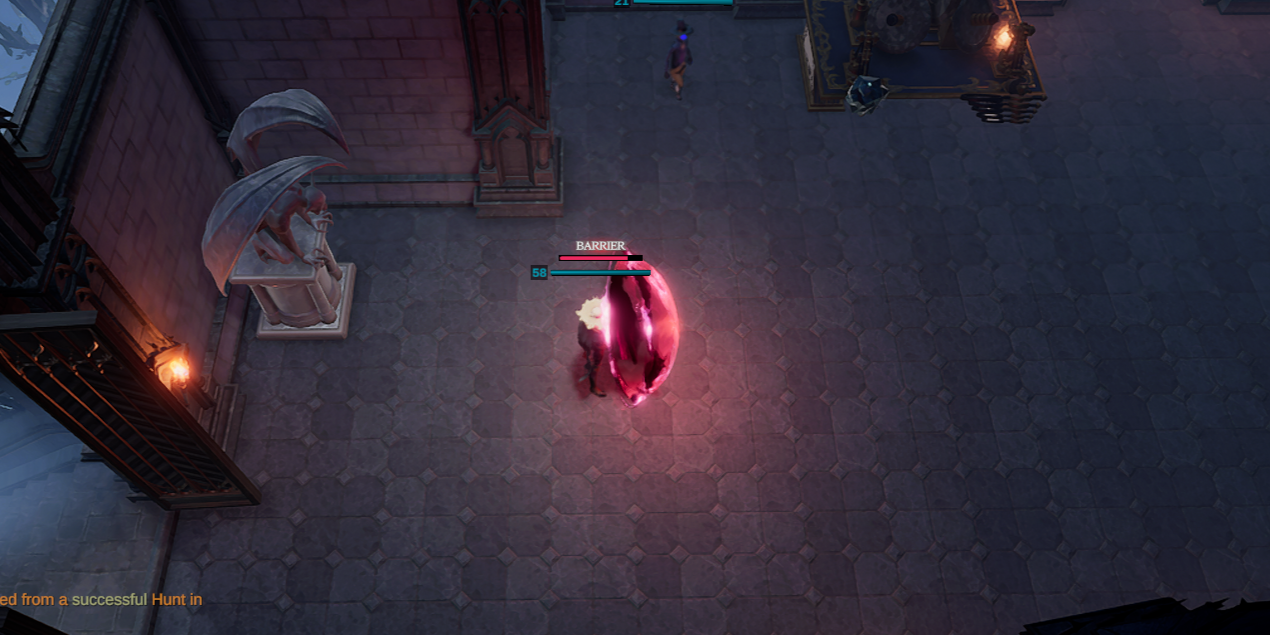 As with all the barrier spells, Chaos Barrier increases your movement speed by ten percent and blocks incoming damage. Its special ability is that when an attack is blocked, it launches a chaos projectile at them, pulling them toward you and inflicting chaos burn.

What makes this barrier spell dangerous though is the pull. Generally in V Rising you want to keep your enemies at a distance and only go in for melee attacks when the enemies are on cooldown. Pulling them in puts you at more danger than them. 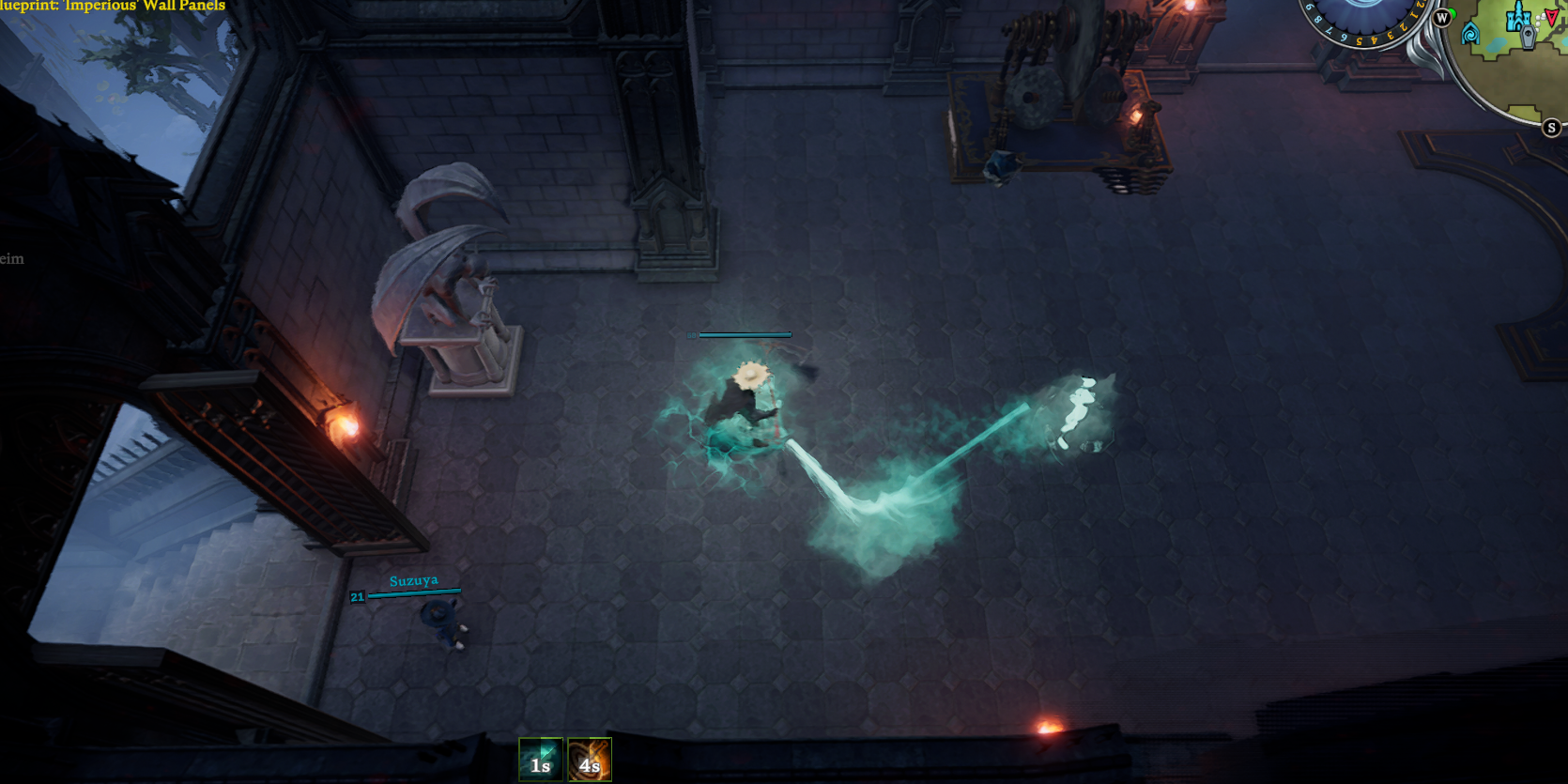 One of the more interesting utility dashes, Veil of Illusion allows you to dash forward, and then if you recast the spell, warp back to your starting point. While fun, the game moves too slow for this trick to really work against most enemies.

The illusion turret is fun as well, but the damage done is nothing to get excited about. At the end of the day, this spell is middle of the road on everything and does not shine anywhere. 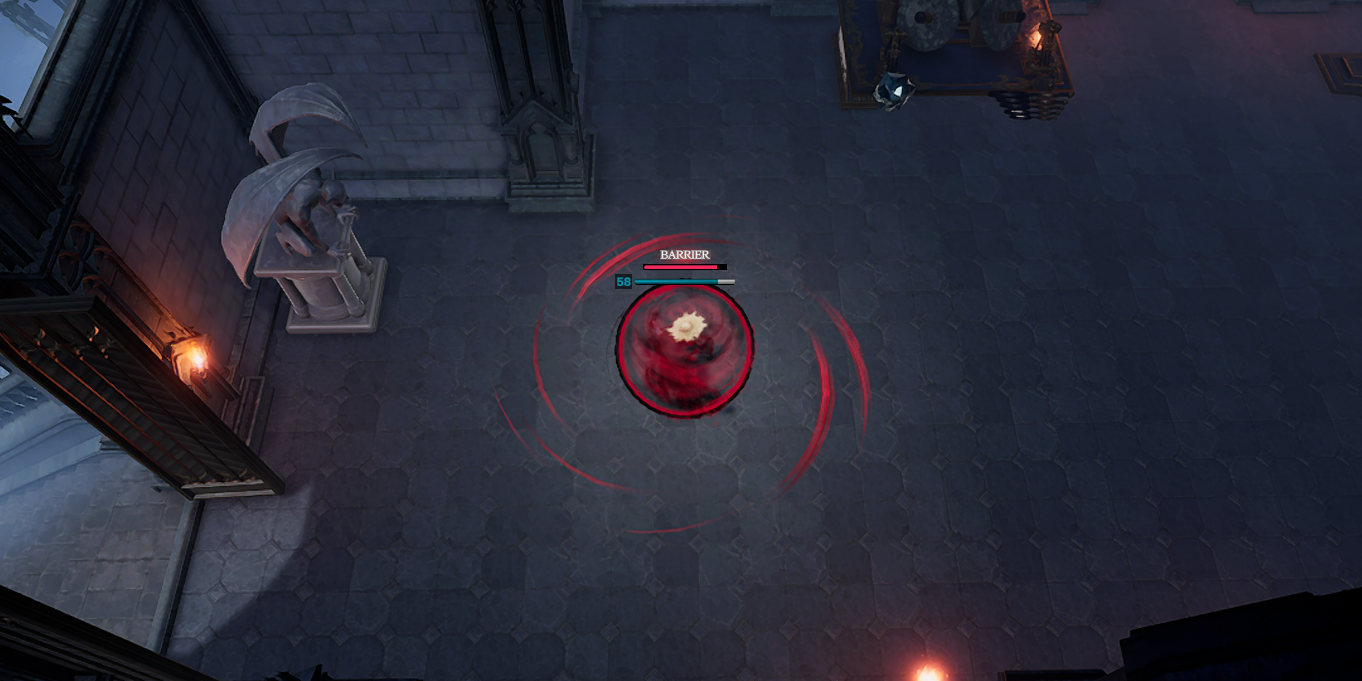 Crimson Aegis' most powerful aspect is the knock-back on enemies when cast. Creating distance between yourself and your opponent is key to surviving attacks, as dodging close-range melee is difficult to do.

The 200 percent spell shield is very handy too, allowing you to tank pretty much any single attack the game can throw at you.

5 Ward Of The Damned 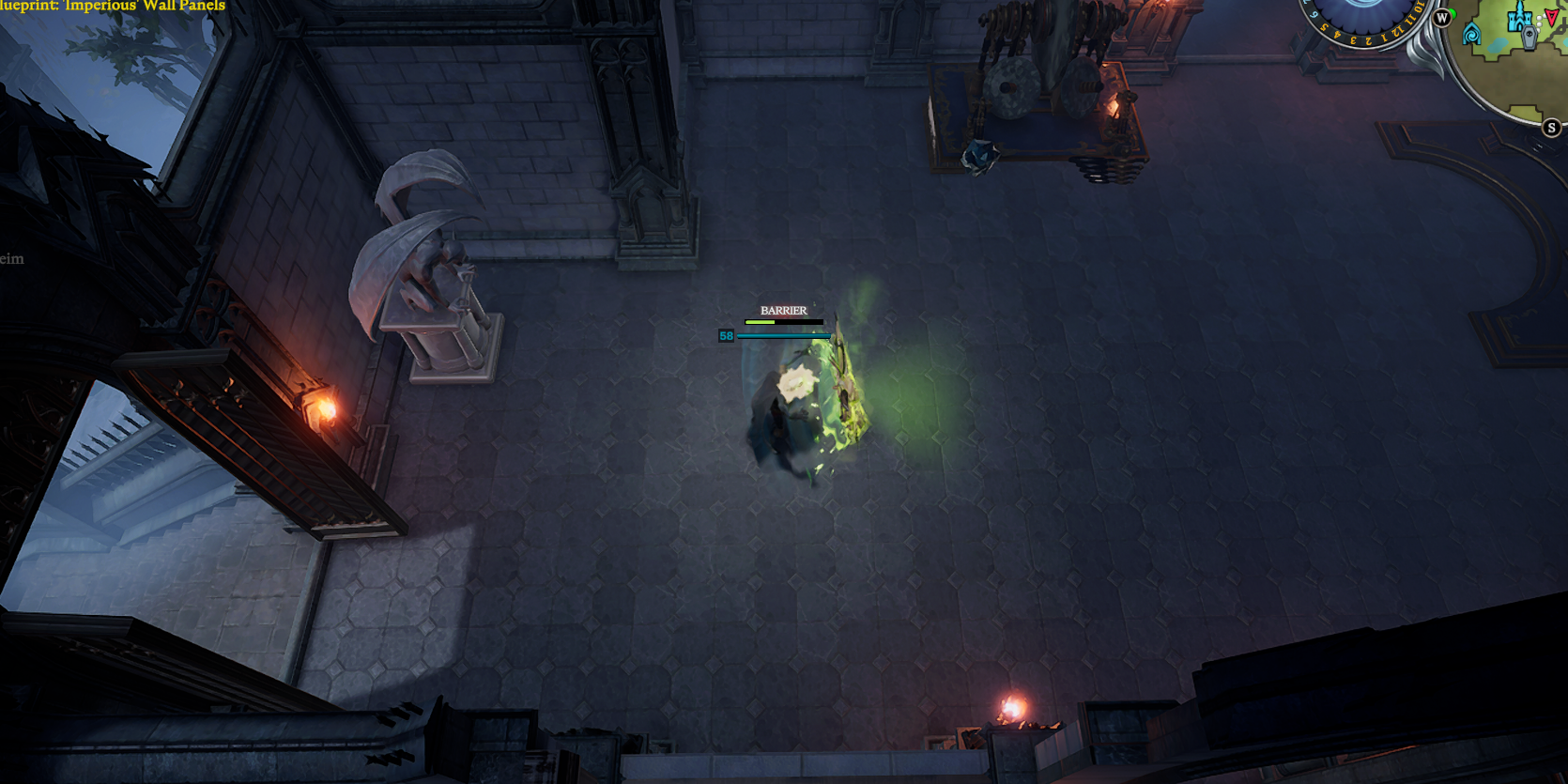 So not only do you get the standard issue ten percent movement and projectile blocking with Ward of the Damned, but also any attack it blocks summons a skeleton to fight along side you, and it knocks those enemies back.

Talk about a stacked spell, it does almost everything needed in combat.

Usually, in boss battles, negative effects will more often than not cause you to lose the edge. Of course the best counter is to just not get hit by them, but none of us are perfect and the movement speed in V Rising is sometimes painfully slow.

Power Surge gives you almost a second life by removing any of those effects on you, whether it is a slowdown or a damage-over-time effect. Plus you get a speed bonus which will again help you keep that crucial distance from your opponents.

What is really nice about Veil of Bones is that it pairs extremely well with the bow, this author's secondary weapon of choice (after the reaper) to keep safe during combat.

Because the next weapon attack launches a projectile, if you get good at aiming with the bow and timing your engagements, it will be easy to keep the damage increase on enemies.

Probably the best dash ability in the game, Veil of Chaos lets you dash twice in quick succession and leaves an illusion at both dash points, that draw enemy fire and explode for 50 percent of your spell power.

It does damage, keeps you safe, and lets you gain an incredible amount of distance against bosses. 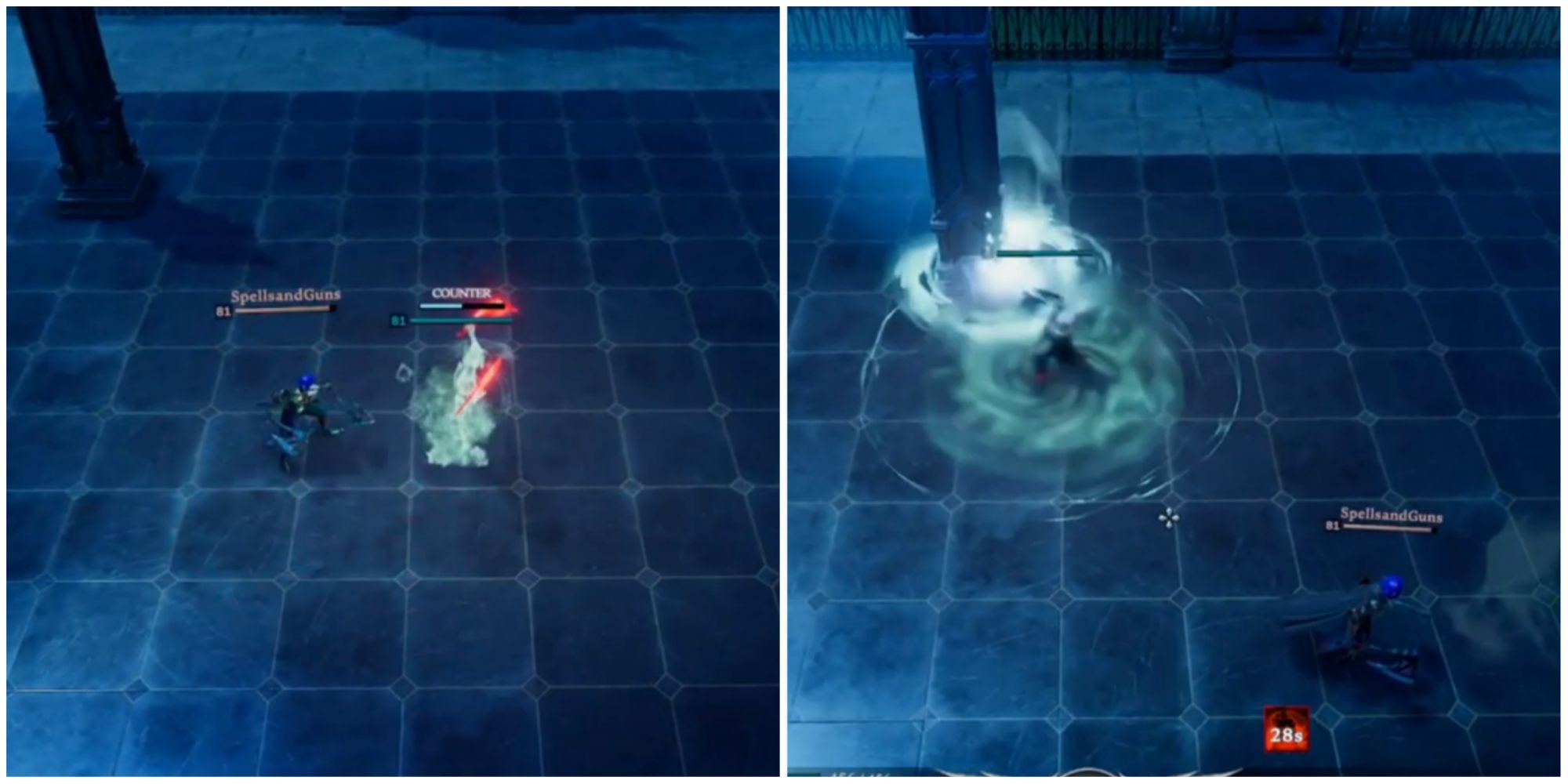 If you thought Power Surge or Ward of the Damned does a lot, get ready. Mist Trance not only blocks attacks, but once an attack hits you then you can teleport to wherever your curser is, giving you (again) the crucial distance to recover and reengage. Plus it resets the cooldown of your secondary weapon attack, many of which are useful as a budget dodge of sorts.

Overall Mist Trance will give you the highest sustainability in combat, delivering you a win more often than not.