As you progress throughout V Rising, you will encounter new enemy types and explore the ecosystem of Vardoran. Within the Silverlight Hills lie Harpy Nests, dangerous rocky outcrops where flocks of bird-like creatures prey upon unsuspecting passers-by. Their leader is Morian the Stormwing Matriarch, a deadly foe with some nasty tricks up her, err… wing, for those that seek to challenge her.

This guide will instruct you where to find Morian the Stormwing Matriarch, how to beat her in battle, and what rewards you will gain from draining her V Blood. 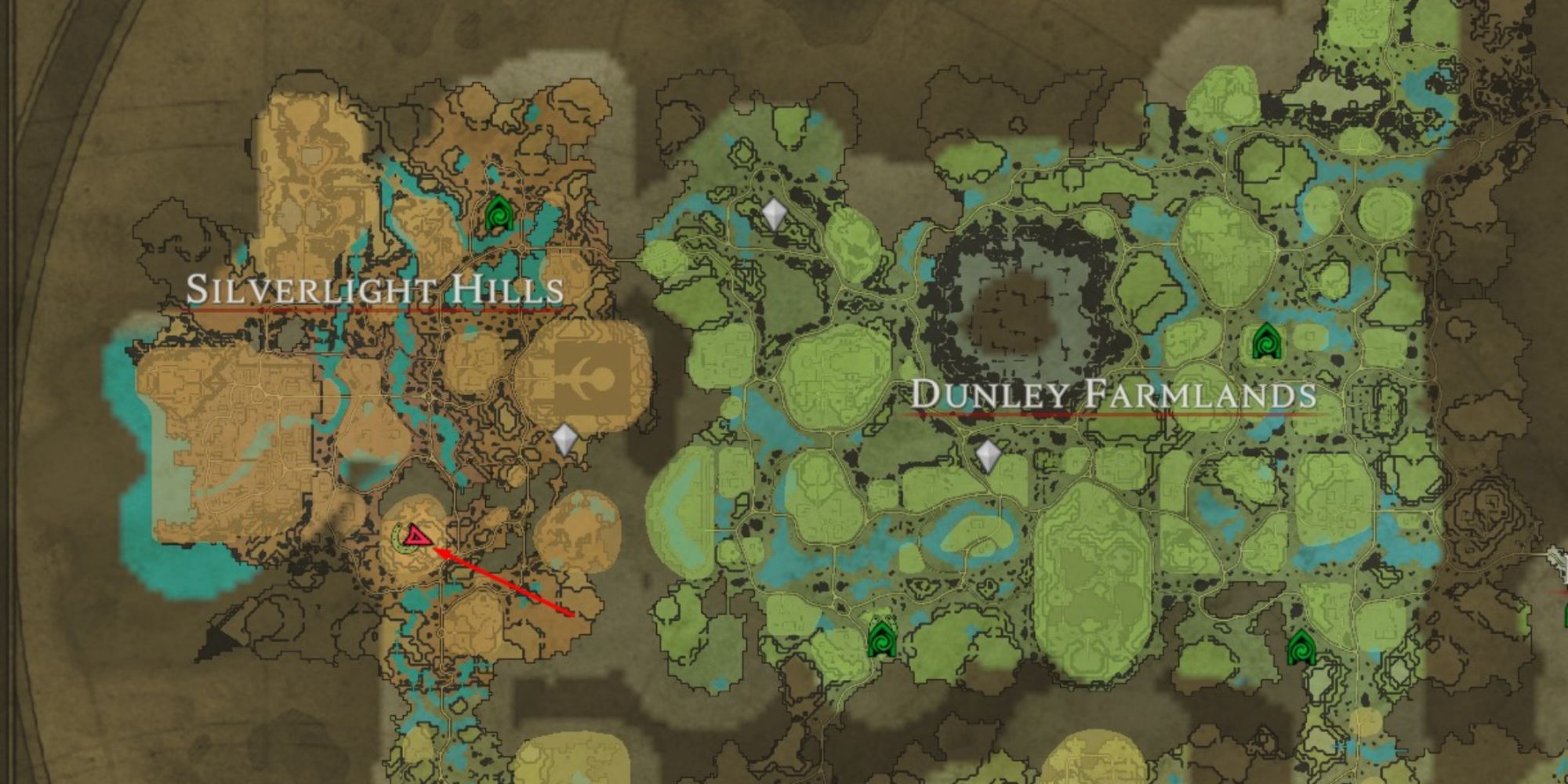 Morian the Stormwing Matriarch can be found in the Southern Harpy Nest in the Silverlight Hills region. She is situated at the top of the crag, and there will be flocks of harpies guarding the passage. There is no way to sneak through these enemies, so you will have to clear them out. Harpy Dashers, Scratchers and Sorceresses will patrol in groups, and can sometimes be found fighting guards from Brighthaven along the road.

Your new enemies are not as strong as a Paladin, but can pack a punch — especially if you happen to pull multiple packs at once. These feathery foes will use dash attacks, aerial bombardments and spell projectiles to defend their nest, so bringing some AoE spells can help to bring them down in an efficient manner.

Morian the Stormwing Matriarch will begin the fight with two Harpy Dashers, who can make your life annoying if not killed off. Focus them down before turning your attention to the boss.

The Nest is a direct run south from the Silverlight Hills Waygate. Because Morian is always found in the same place, using your Blood Altar to track her is not mandatory. 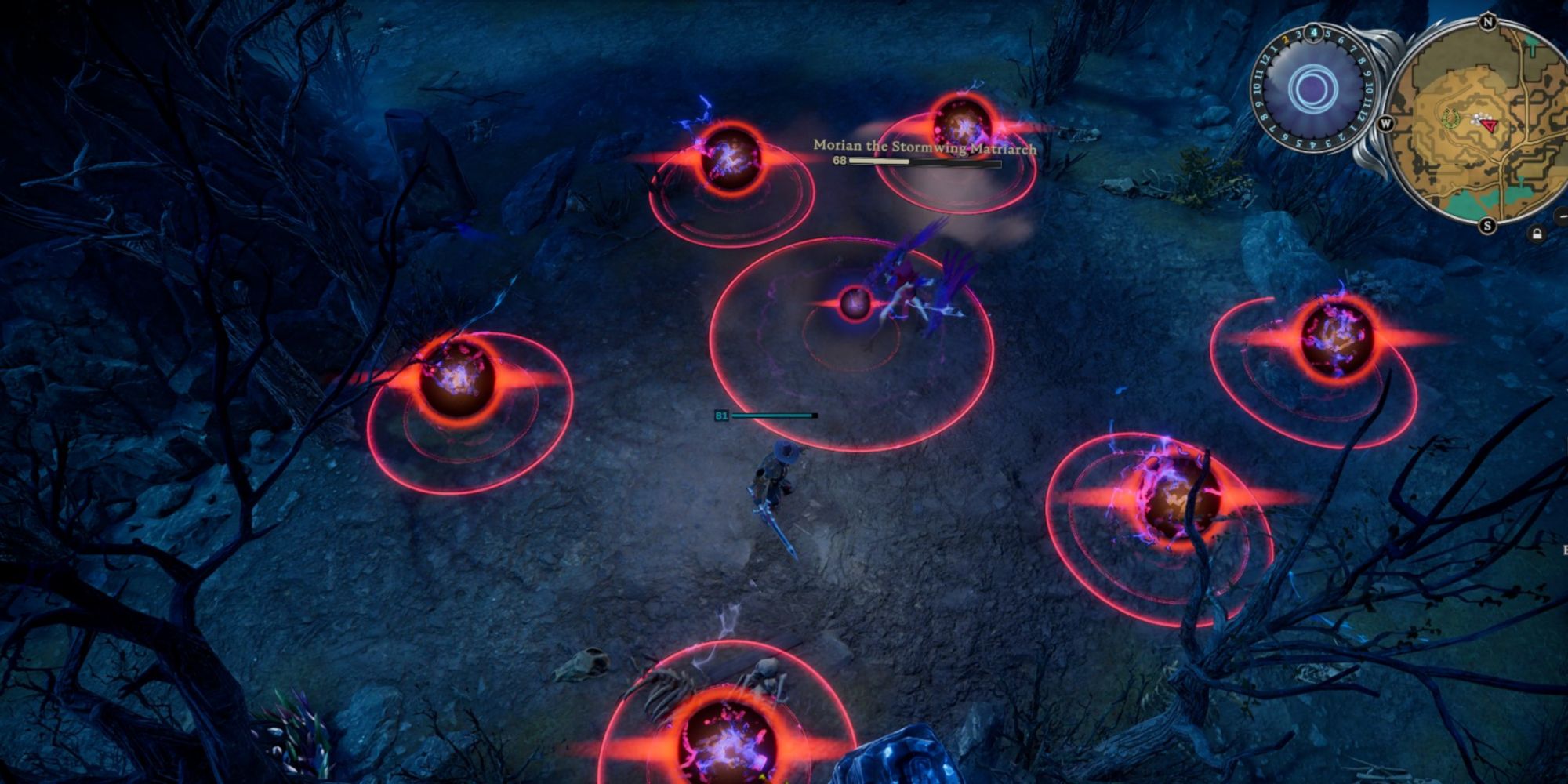 Morian the Stormwing Matriarch is a combat level 68 boss, so be prepared with some strong gear, She will primarily use melee attacks to knock you back, before following up with some magical specials. Her basic melee slash will interrupt your spell casts, so staying on the move is essential. She has a high movement speed and is pretty relentless in chasing you, so a kiting strategy is the best choice to deal with her.

Morian combines all the basic Harpy abilities, in that she can dash, summon Chaos magic, and fly up into the air. Her dash attack is pretty quick, so try to notice what direction she is currently aiming in, and use your Travel Ability to avoid it. She will use this move quite often, so relying on hard to land projectiles such as Shadowbolt may not be the best strategy for outputting damage.

Every 25 percent health, Morian will summon a Chaos Orb, that will explode and split into numerous, smaller projectiles. This can cover a large amount of the arena, so try your best to dodge, as the orbs will deal heavy damage. Moving close to the initial explosion should prevent you being hit by the subsequent ones, but watch Morian doesn't knock you back into a new orb.

When Morian flies up into the air, she will summon various Harpy minions. Two Harpy Dashers and a Harpy Sorceress will join the fight, and you will have a small amount of time before Morian returns to earth. Try to deal with these adds quickly, as even though they are low damage, they can complicate the encounter.

Morian's Ultimate ability will be cast when she reaches half health. She will begin to spin rapidly, throwing out numerous whirlwinds. These will move about the arena, dealing damage and knocking you backwards. There are so many projectiles that your best bet is to simply run away during this phase, or utilise the entrance ramp as a safe zone. Approaching in melee is not wise, as Morian will deal damage in an area around her, and there will be so many whirlwinds that dodging them is extremely difficult.

For your gear, use a Dark Silver Reaper, and a combination of Dawnthorn and Bloodmoon armour. You have a variety of spell options, but Chaos Volley and Ward of the Damned are good choices. Something for single target and a defensive or AoE option are your best bets, as this fight requires a bit of everything. Try to get some high quality Scholar Blood, and for your Ultimate, Mirror Strike can work very well to burst down the intermission adds. Crimson Beam is a risky option, as it will require you to stand still, and you may struggle to hit the mobile Harpies. The key to this fight is to stay on the move, staying out of range of Morian's melee attacks, whilst being vigilant for her specialised magic. 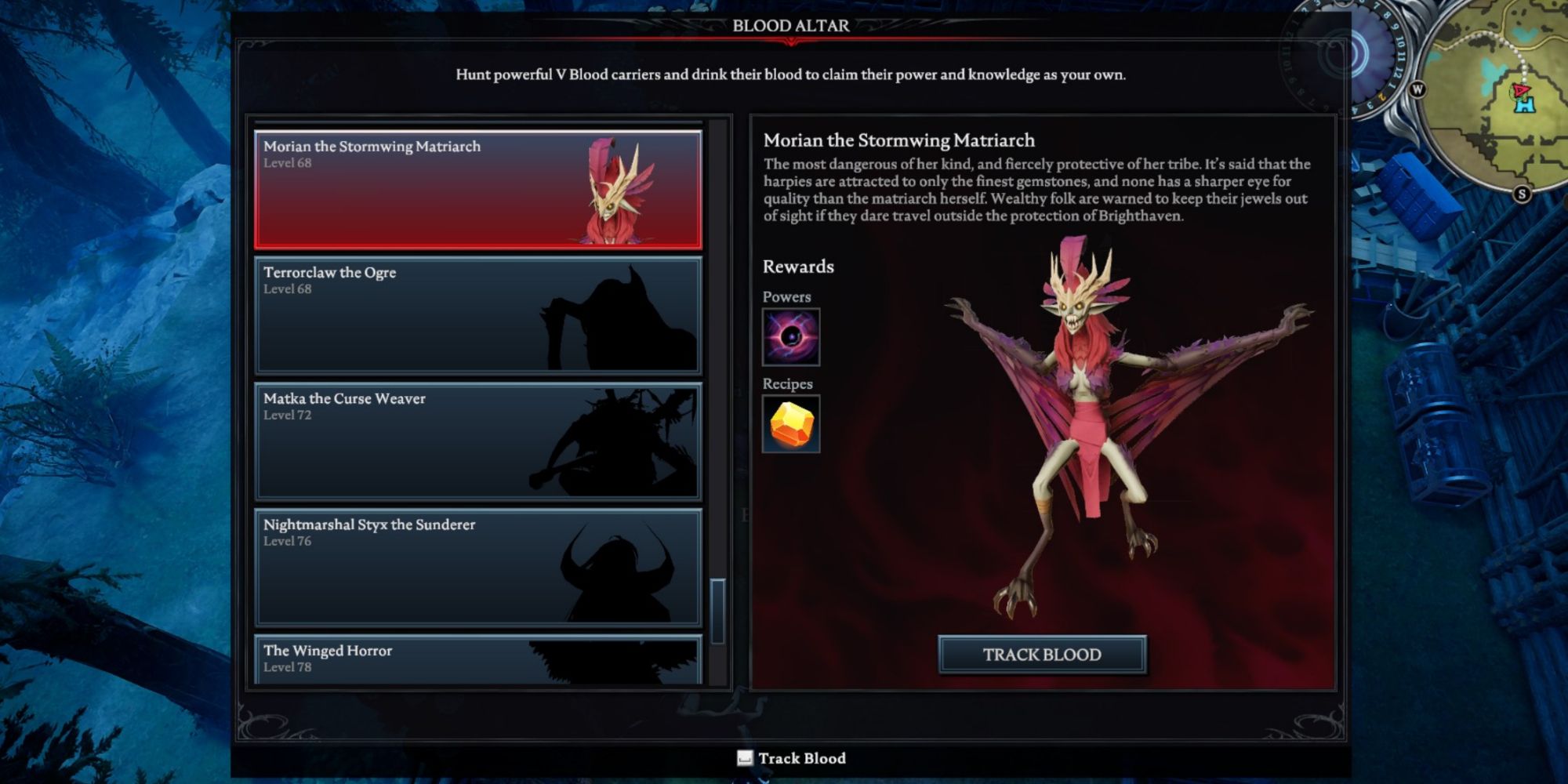 Morian will grant you two rewards upon defeating her, the first being the Void Vampire Power. A low-cooldown AoE spell, this explosive orb of Chaos has two charges, and applies Chaos Burn to all enemies hit. Unfortunately, the damage of each charge is quite low, and this spell is better suited for clearing groups of weaker enemies than in any boss fight. There are simply better options for both single target and AoE, and the spell does not warrant a place in any of your boss set-ups.

The other reward given to you are the recipes for all Flawless Gems. These are important, as they are required for crafting the strongest tier Jewelry in the entire game:

All three of these Trinkets are viable, and your choice will largely depend on what stats you wish to focus on — whether it be enhancing your spells or regular weapons attacks. Due to the power of these items, if you are aiming to fully max out your character's potential, Morian should be considered a mandatory boss kill. The gems you will be able to craft at your Gem Cutting Table are: