Vampire: The Masquerade – Swansong has a lot of potential endings. Whilst, not every decision you make will result in a sweeping change to the narrative, your choices do have weight. The difference between life and death could be a decision you made with a different character. Heck, it could be a nugget of information you missed when sleuthing.

Whilst there are several “good” endings to Vampire: The Masquerade – Swansong, there are certainly more “bad” ones. Sometimes surviving the ordeals of the game simply isn’t enough. Sometimes believing your friends will lead you to ruin. It’s all very interesting, and replaying the game – or at least specific scenes – to see how things turn out, is very much worth the time investment. Spoilers ahead.

This guide is a work in progress. As more endings are discovered, this guide will be updated to reflect them. 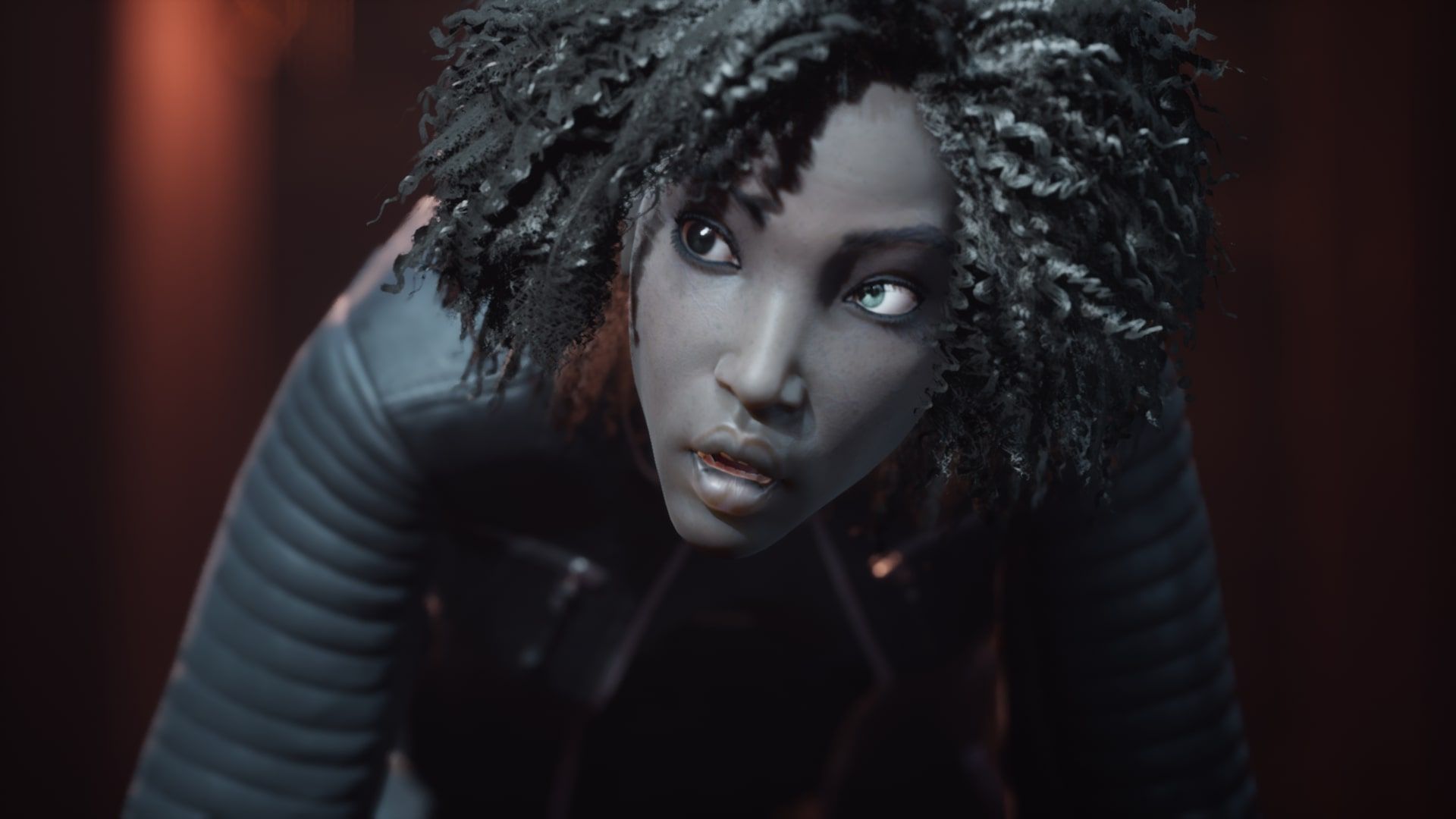 Emem is one of the most interesting characters in Swansong. Whilst her development is not as sweeping as, say, Galeb, her history within the world you explore is by far the most fleshed out. Her choices – especially later on in the game – have a great deal of weight in how the game concludes.

Failing To Install The Virus In Time 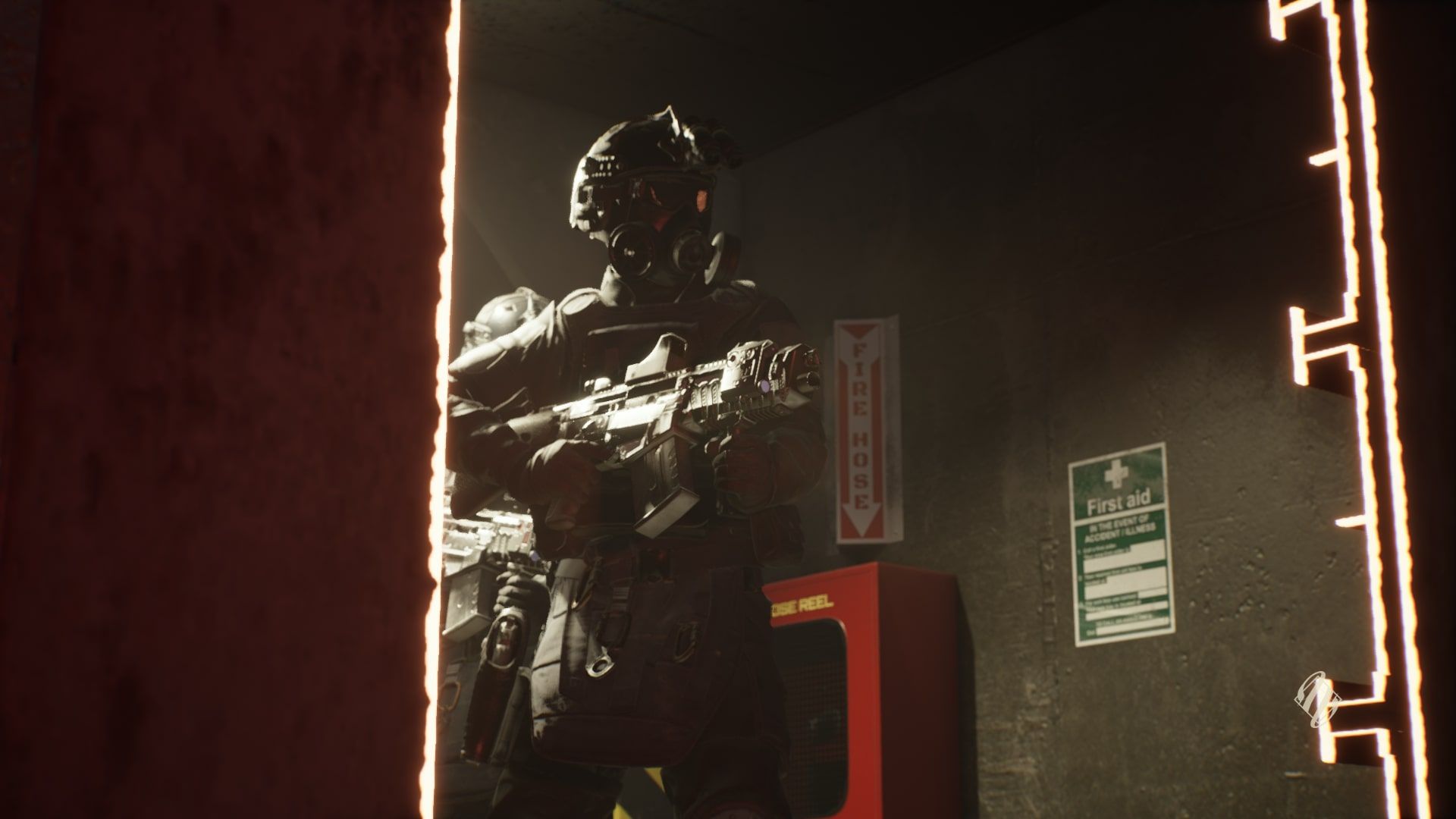 This ending is arguably the worst ending you can get for Emem. During her penultimate Scene, she must install a virus. You are on a generous timer, but if you fail to execute your plan in time, well, things don’t go very well.

To unlock this ending, access the Server Room, and wait until the S.A.D soldiers break into the room. A few gunshots later and it's lights out for our hero.

Following Hilda And Denying Her Offer 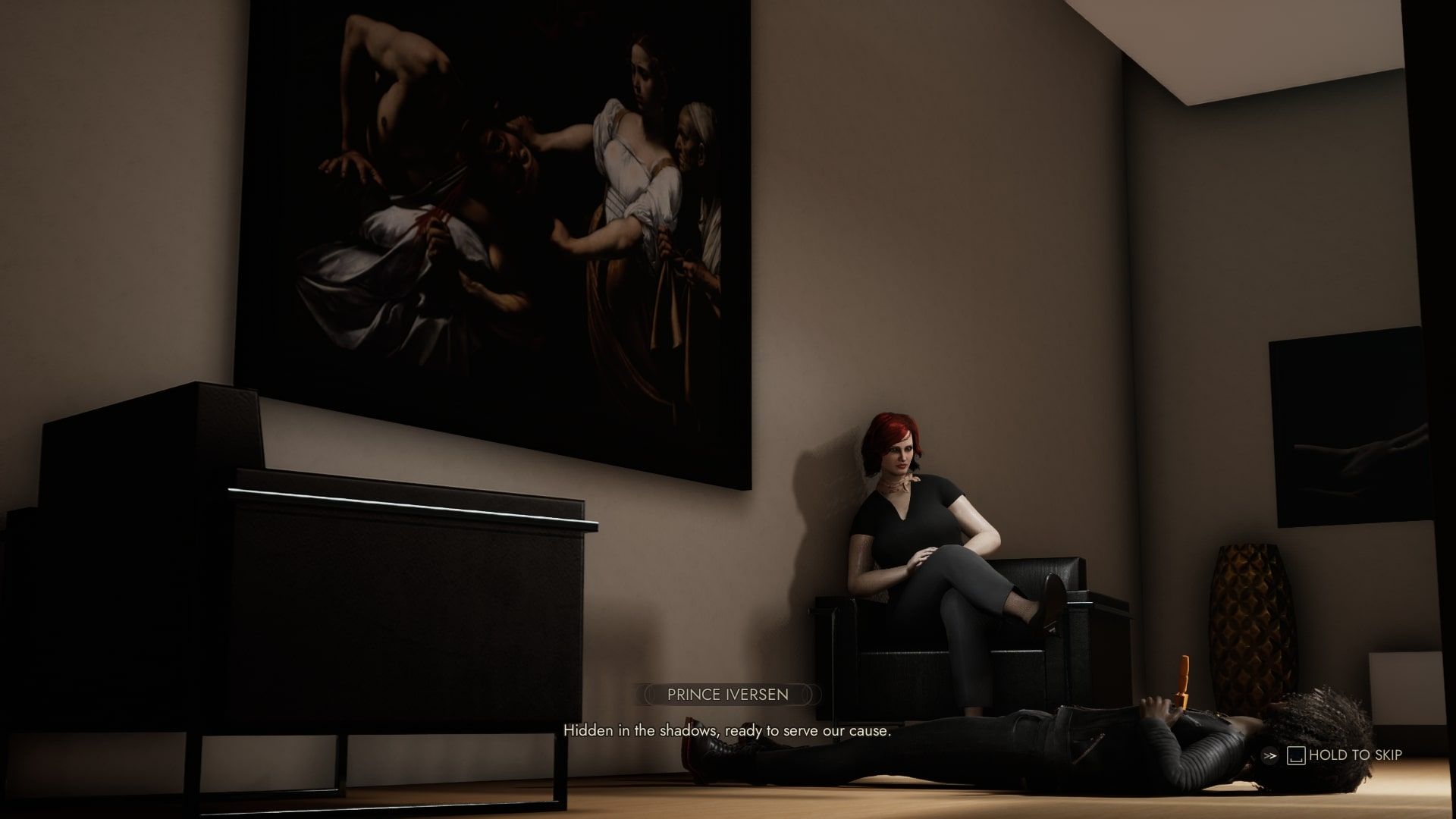 In Emem’s final scene, she gets to make several important decisions concerning where she goes, and what she is going to do. Hilda wants to talk with you, and if you accept, you go to her room. Here she will give you an ultimatum, although she doesn’t inform you that this choice is as final as it will turn out to be.

If you decline Hilda’s offer, in any way, Hilda puts a chunk of wood through your chest.

Following Hilda And Accepting Her Offer 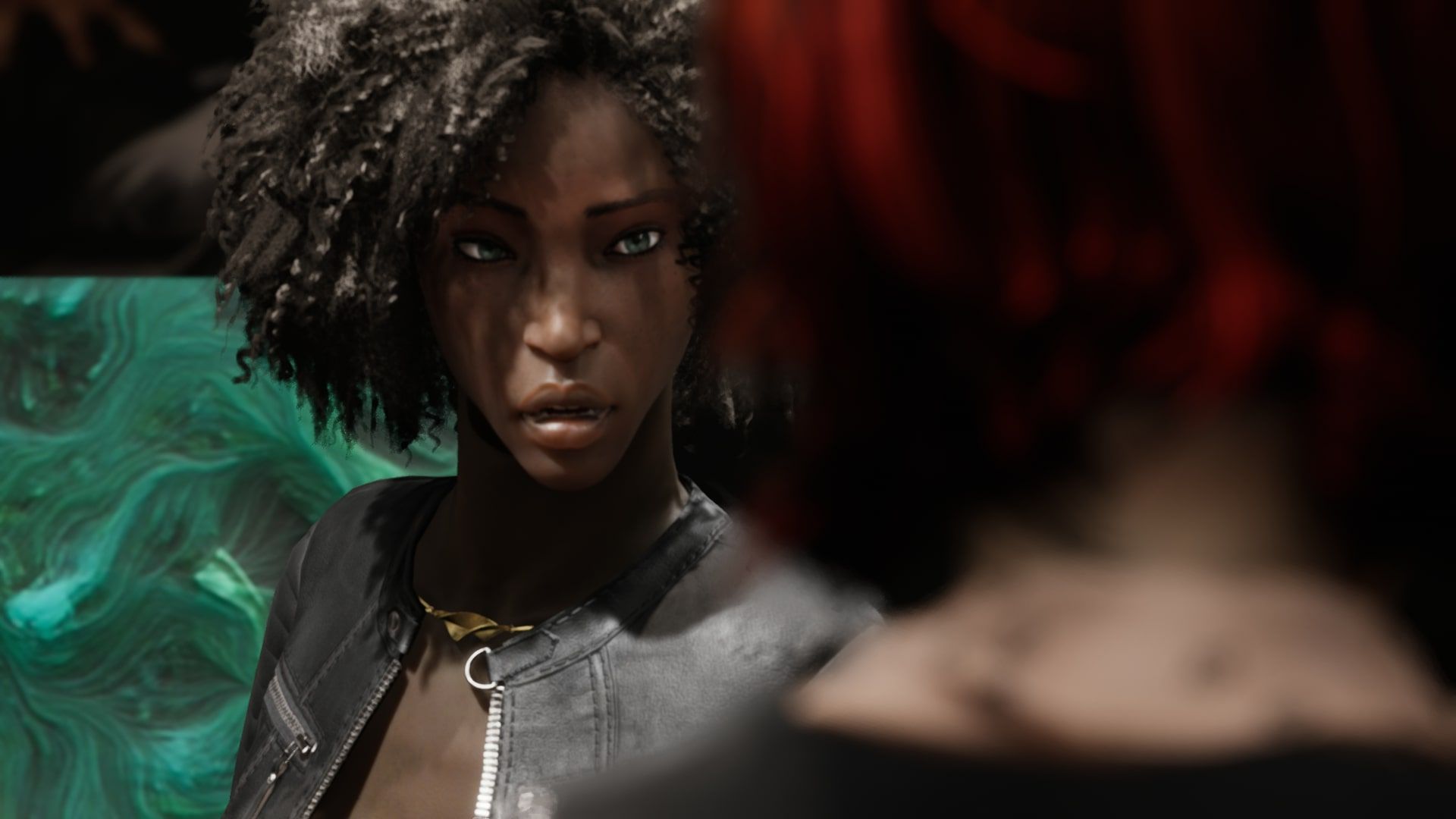 Similar to the last time, if you follow Hilda to her room, you will get the option to accept her offer. In doing so, you will get another bad ending. It’s not quite as crushing as denying her, but it still isn’t great.

The British arrive, the Boston Camarilla is destroyed, and Emem’s nightlife businesses all shut down. Sure you are alive, but everyone you know is probably dead, and your way of (un)life has well and truly been destroyed.

Ignoring Hilda And Seeing The Prince 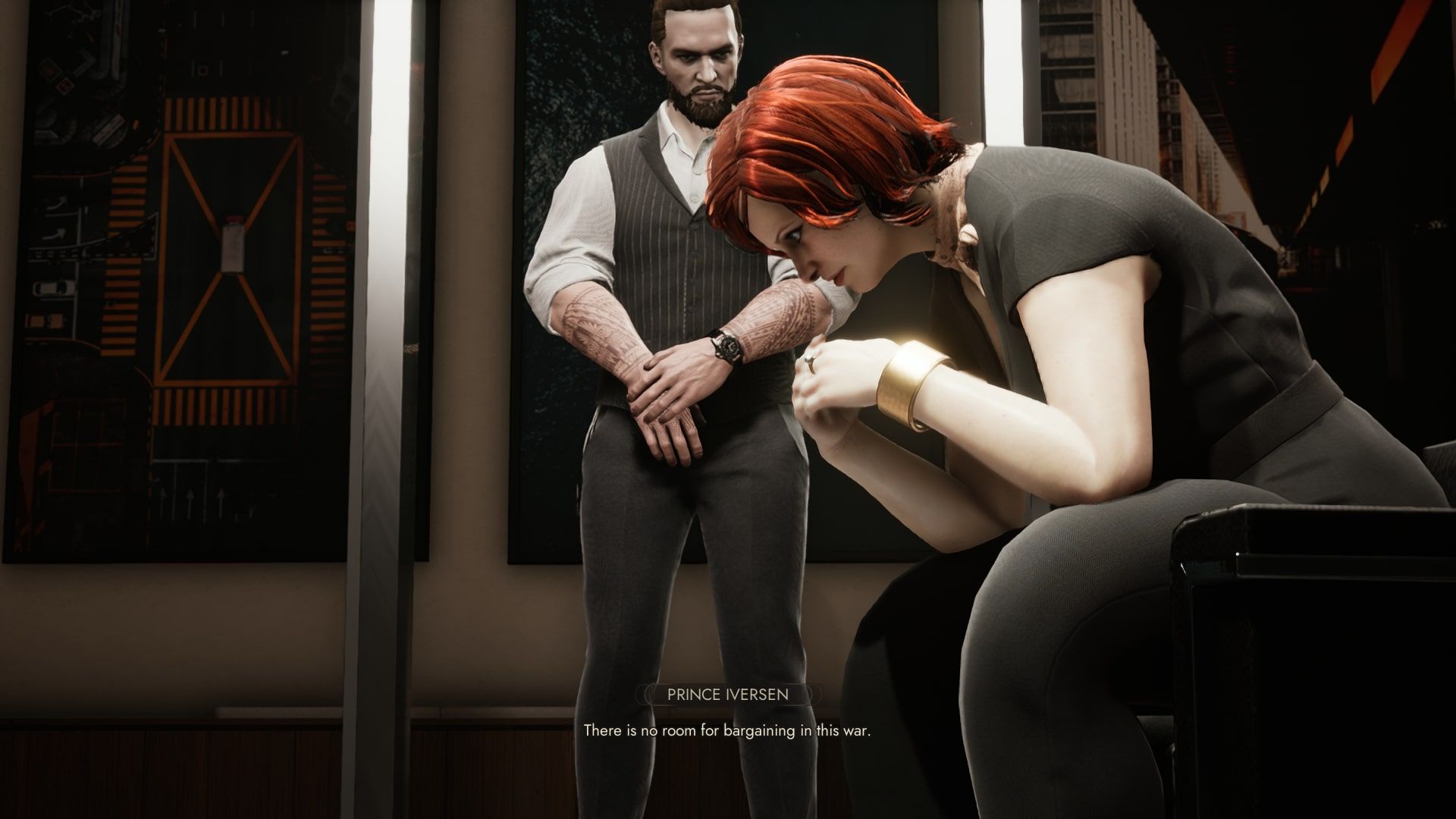 The best outcome for Emem is ignoring Hilda and just going to see Prince Iverson. This will immediately end the game and slingshot you into Iverson’s ending speech. Whilst it is not stated anywhere in the ending, or the text crawl after that, it is clear that Hilda was thrown under the bus.

If you didn’t know about the London Camarilla, then you won’t know about it now either. We assume they were stopped, but the game makes no mention of them if you don’t go with Hilda. 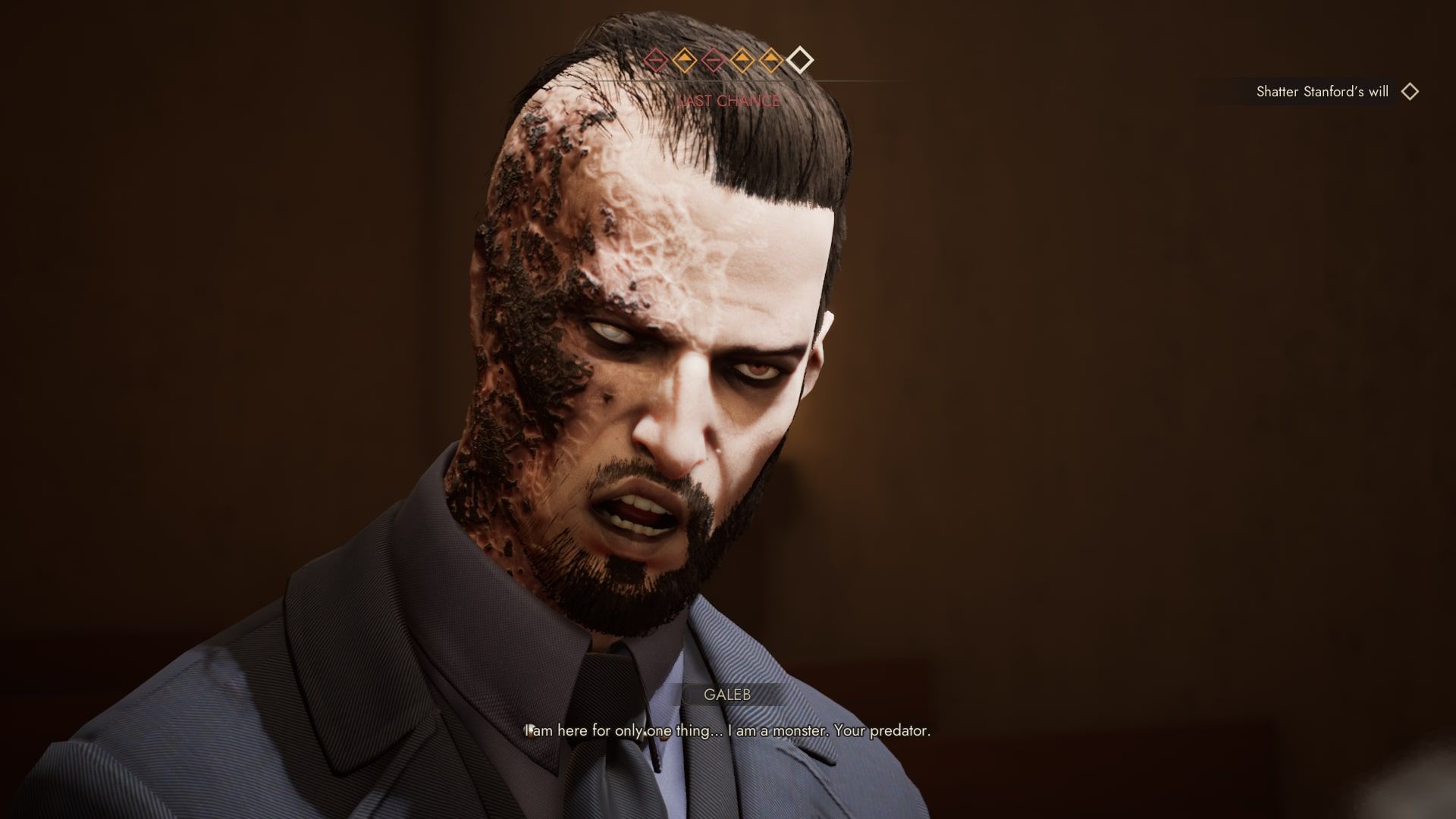 Galeb is a fantastic character who has the potential to grow throughout the game. He is the oldest vampire in Boston, and that age, in addition to his reputation, leads to a lot of interesting encounters. He is the muscle of the group, and will likely kill more people throughout the game than anyone else. He also has arguably the best encounters with major players in the game and goes toe-to-toe with the game's primary antagonist multiple times. 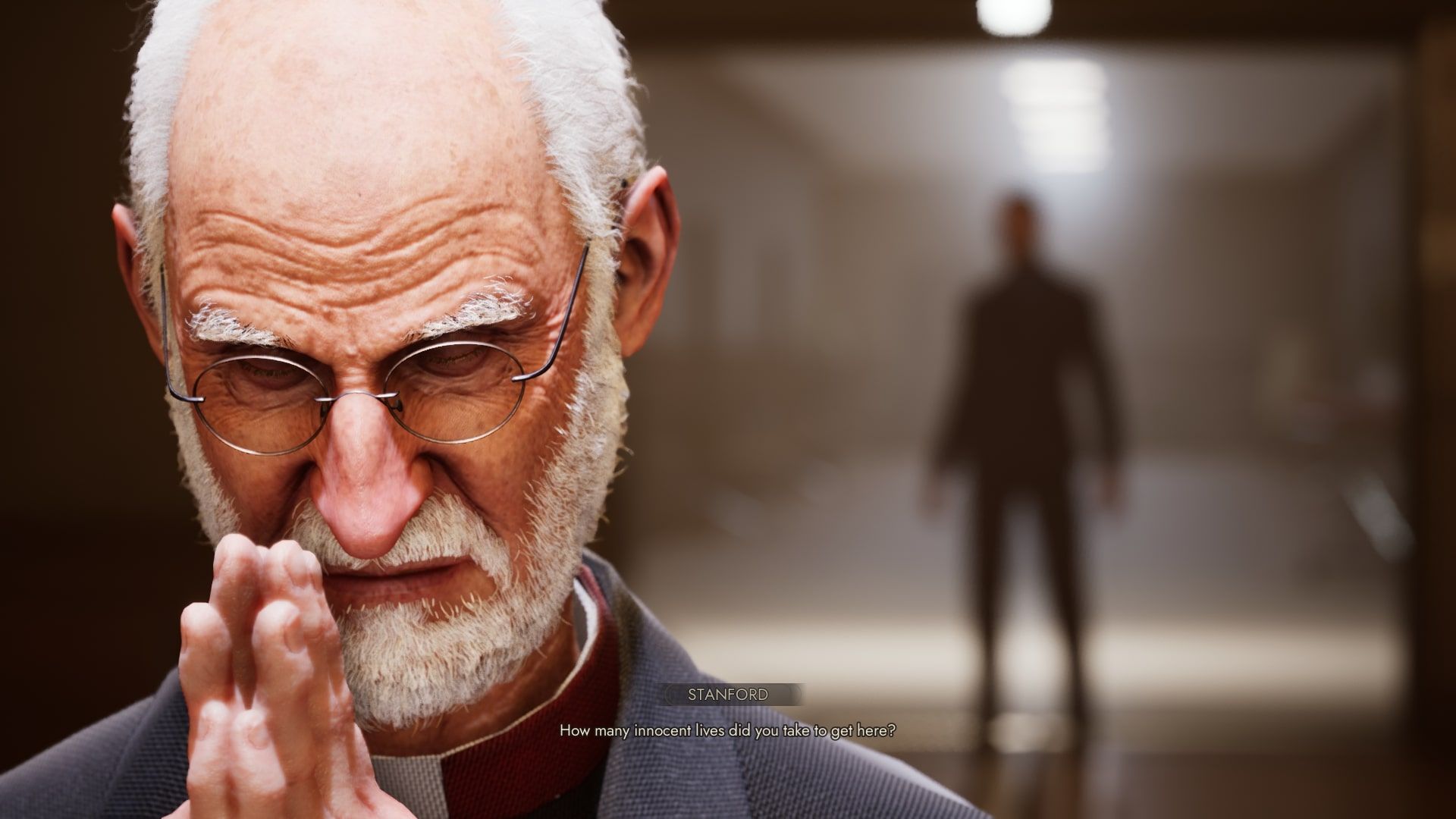 If you haven’t been gathering information or building the right stats, then this is likely to be the ending you will get for Galeb. This ending is not good for him, unfortunately. Failing in your final Confrontation results in Galeb getting turned to ash. Stanford lives to fight another day, and the ending is not great for everyone else, as a result.

Staying With The Prince/Heed The Beckoning 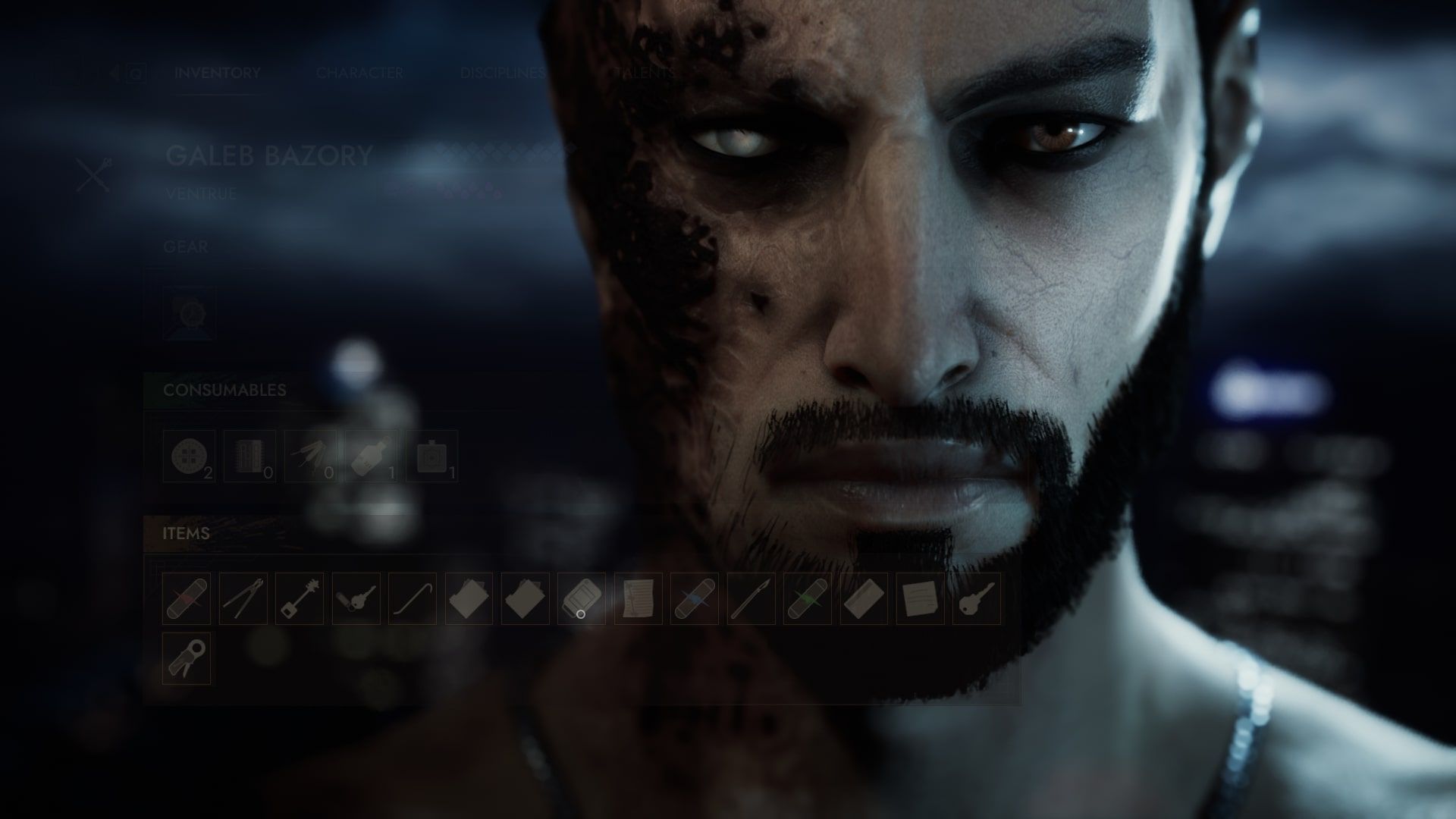 It is unfortunate that Galeb, a character with some of the best moments in the game, has such a weak collection of endings. His final choice when returning from the successful assassination of Staford makes very little difference in the overall story.

If Galeb stays, then you get a very minor change to Iverson’s speech – not dialogue mind you, just visuals. If you choose to leave, then, once again, there is just a very slight change to the visuals during Iverson’s speech. Underwhelming doesn’t cut it here, but these are the best endings for Galeb. 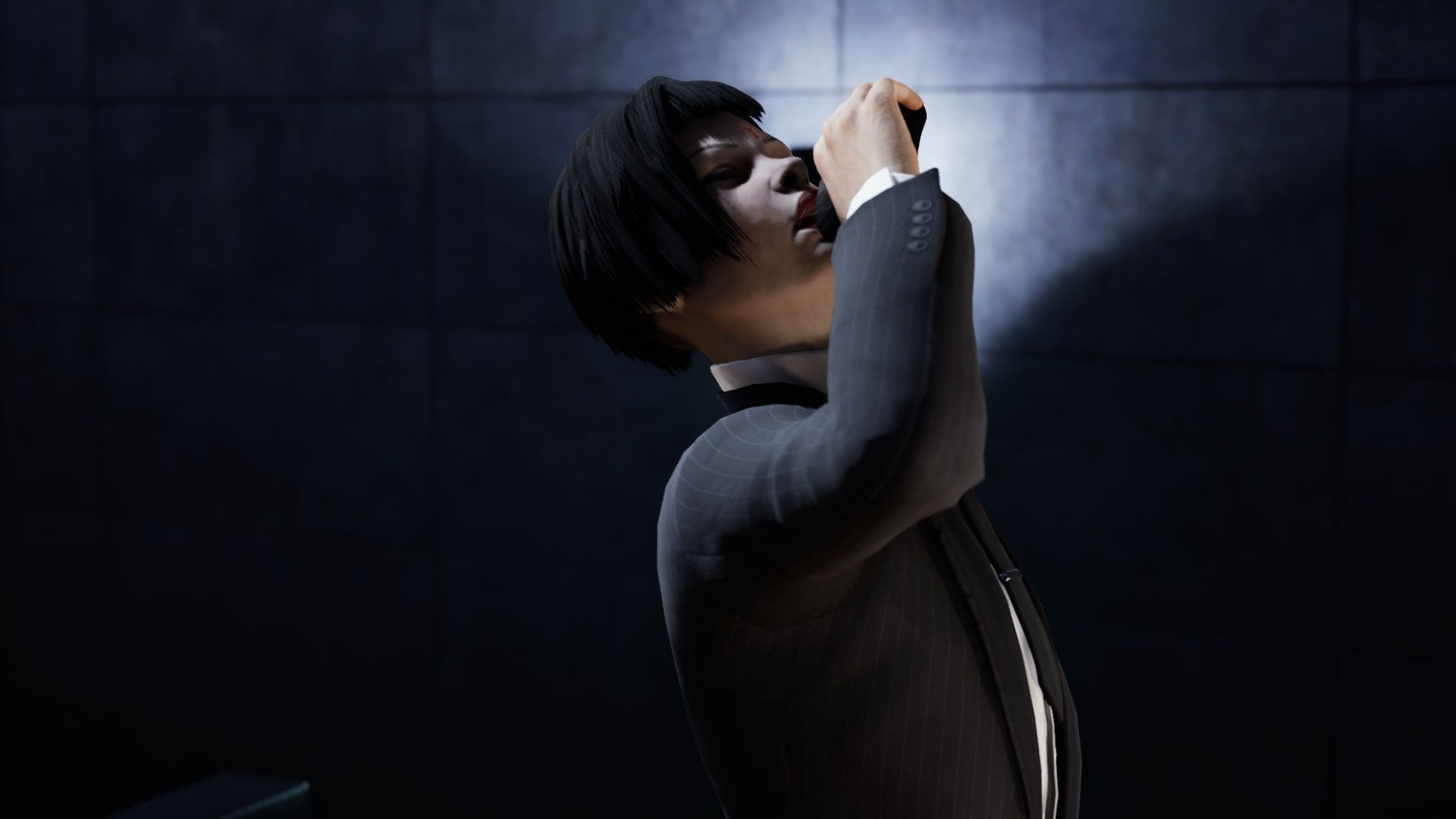 Leysha arguably has the least impact on the story, but the most impact in terms of character development. Leysha’s tale is one of deception, lies, and mental illness. She is very much a side character with a narrative thread so strong that she threatens to overtake the actual plot on more than one occasion. Like all the other characters, her story can end in several interesting ways. 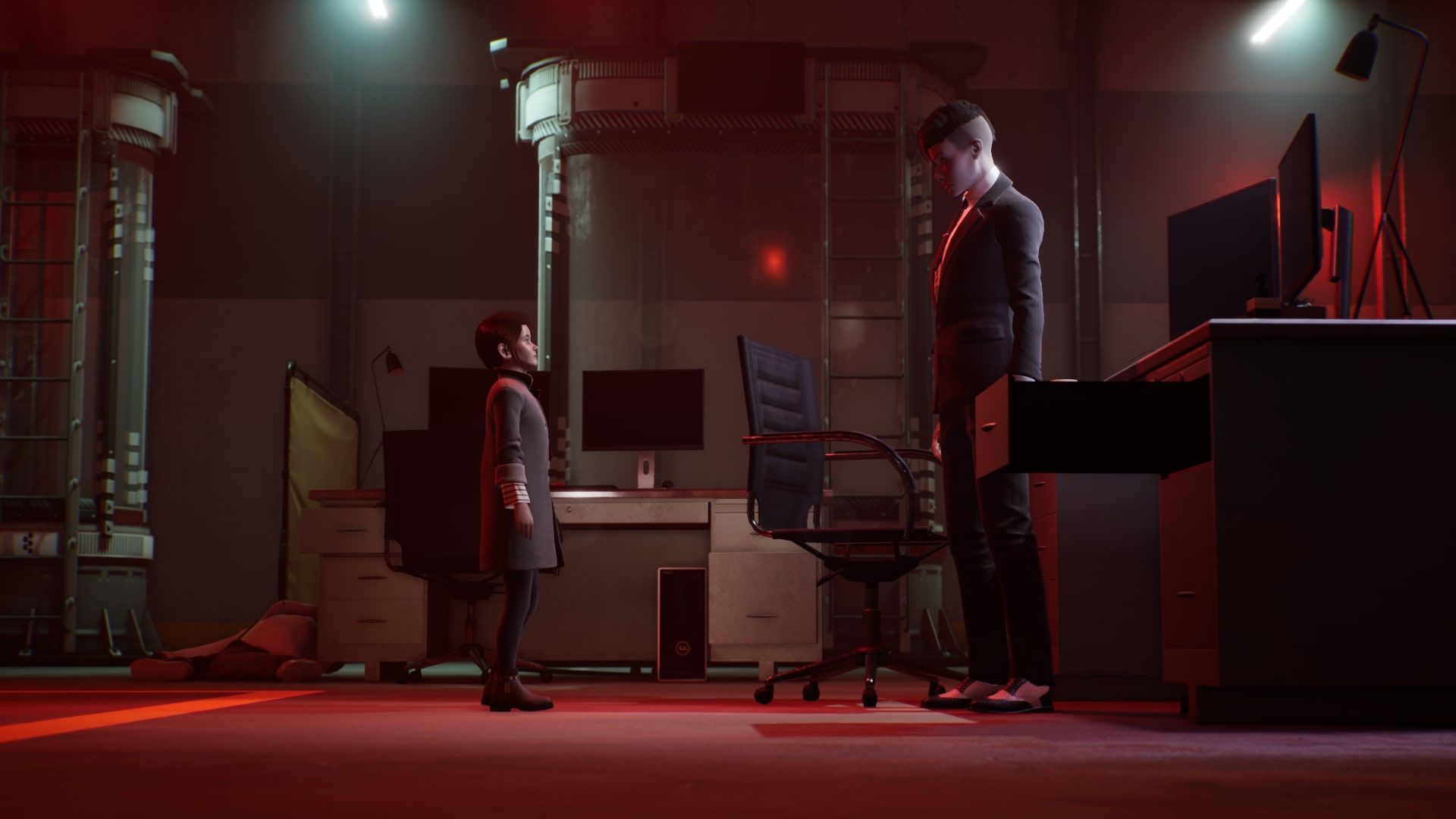 This is the good ending. During her final scene, you are tasked with rescuing Halsey from an incinerator. You are on a timer, but that timer is incredibly generous. You should be able to figure out the puzzle with plenty of time on the clock.

Rescuing Halsey leads to a heartwarming reunion, and when the game is wrapping up, you get to watch Leysha and Halsey live their lives for a brief moment. It’s short and sweet.

Freeing Halsey But Failing To Convince Her 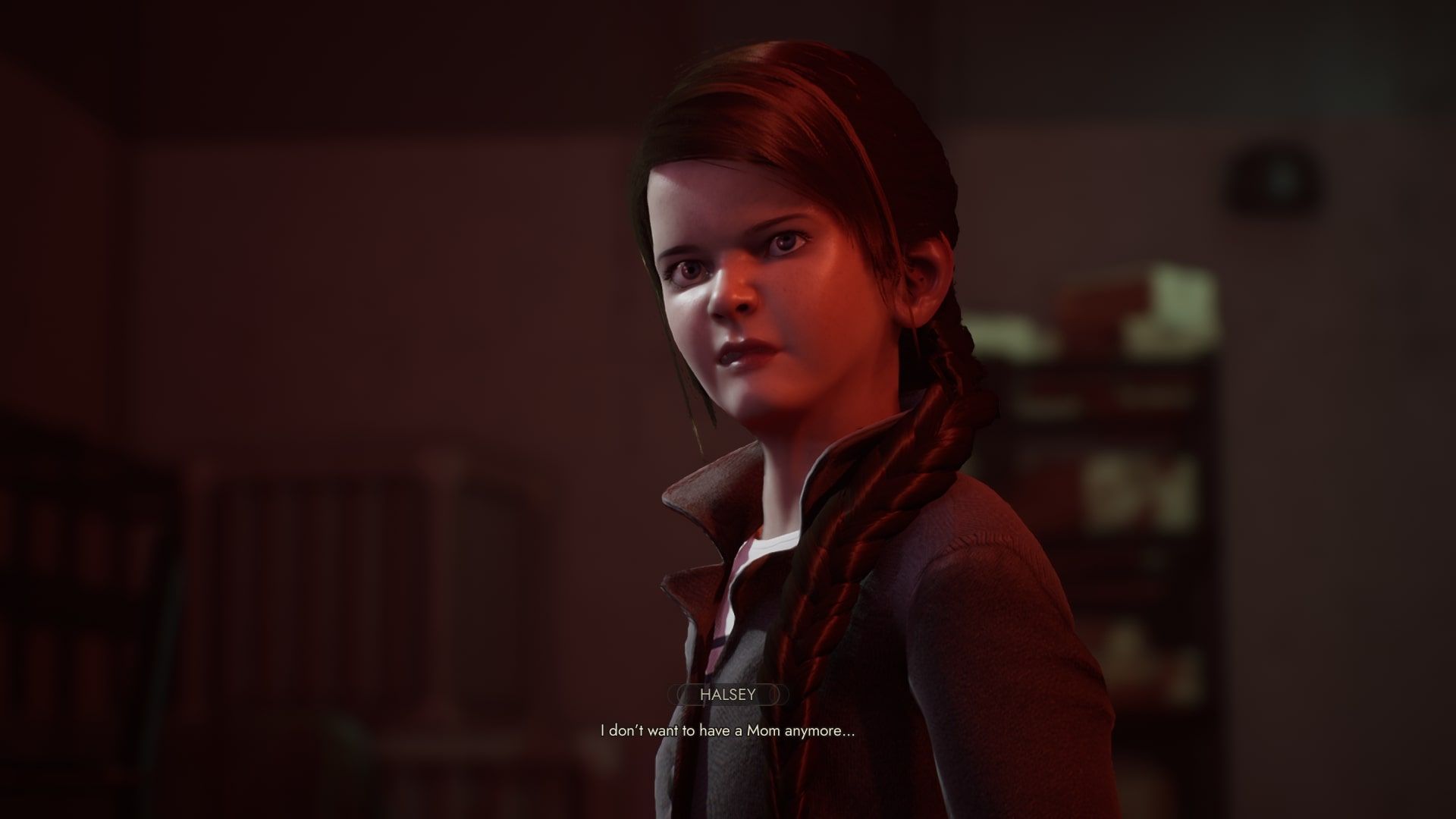 If you manage to free Halsey but fail to calm her down during the final Confrontation, then Halsey straight up kills Leysha, ending her story then and there. 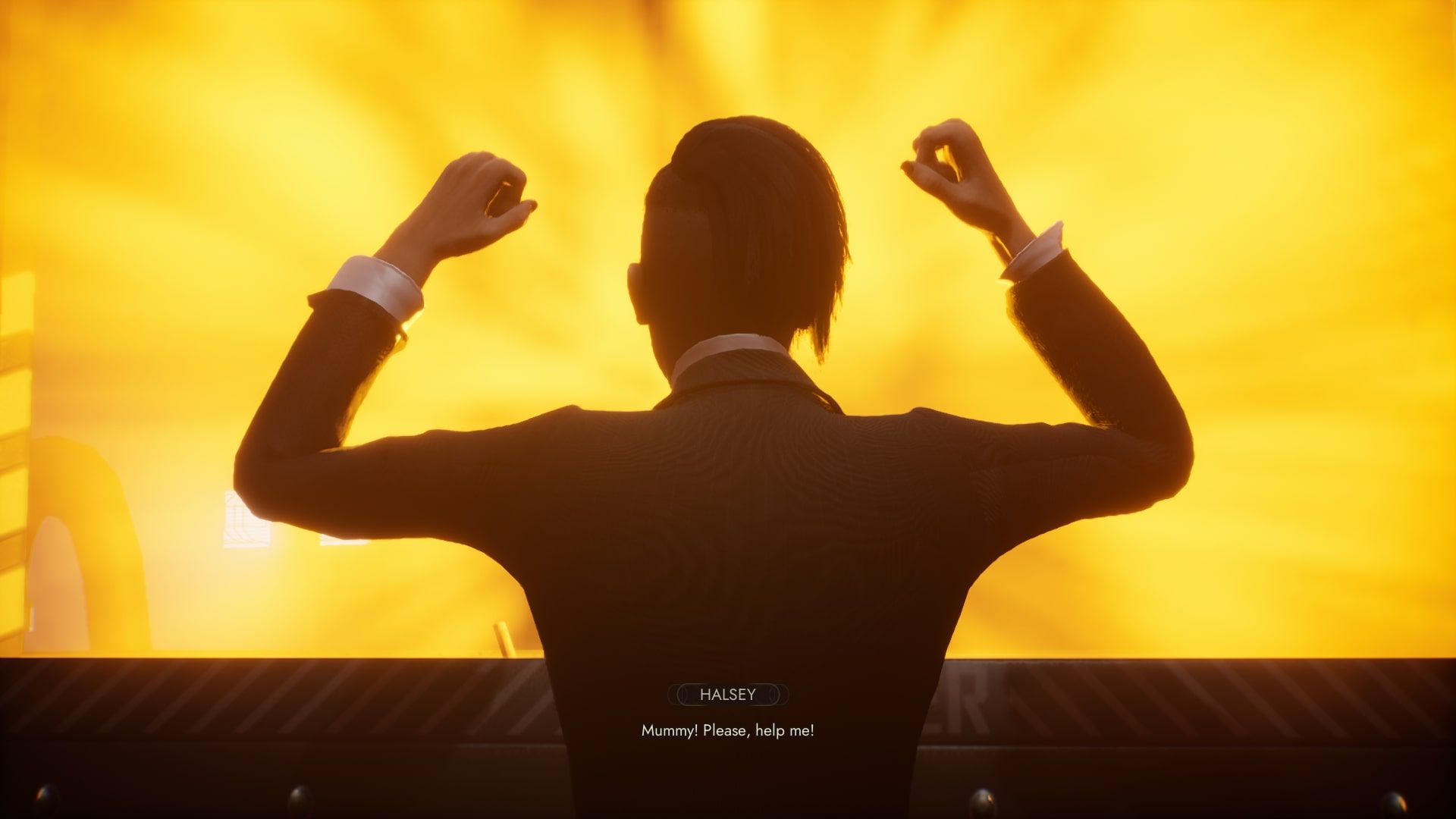 If you fail to rescue Halsey, then you are in for a bad time. Halsey is, after all, in an Incinerator. We won’t go into details as to what happens, but we are sure you get the idea.

This isn’t the end, however. After the credits roll, you get a scene with Leysha. She is unfortunately locked up in a prison cell in Vatican City. How she got here and why she’s there is a mystery. 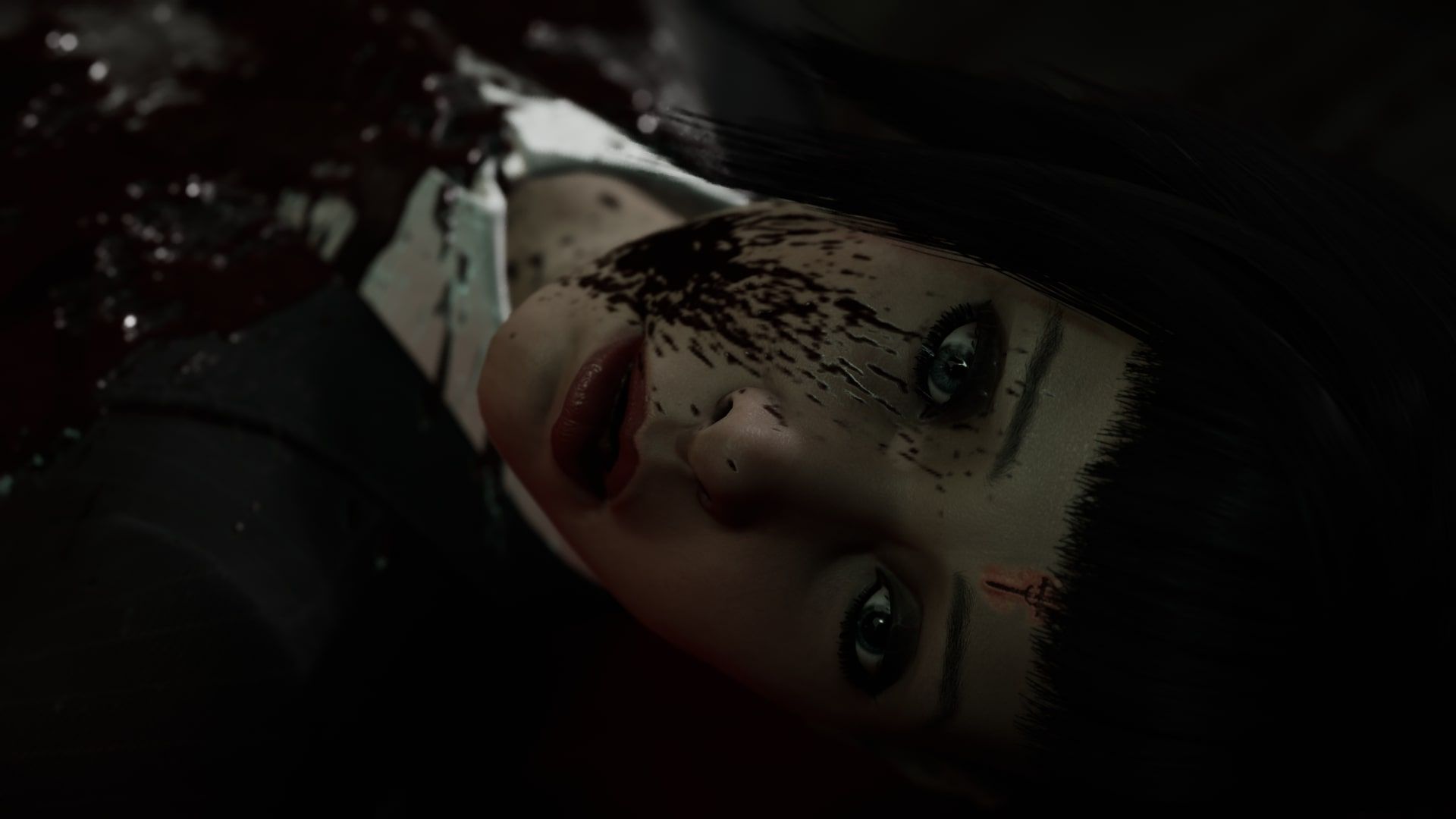 This is an encounter you may not get based on what you do in Galeb’s story. But, if you manage to bump into the rampaging werewolf, you can nab yourself a bad ending. Get caught three times, Leysha won’t be seen anytime soon.

The werewolf does what werewolves do, you are “treated” to a rather gory scene. One can assume, due to the lack of Leysha intervention, that Halsey met an equally grim fate. This is probably the worst ending you can get for Leysha.