One of the problems with VR is that you need a lot of space to make it work, otherwise you're just going to run into walls, your couch, or you'll punch your controller through your monitor accidentally. Zero Latency's solution to this problem is to set up specific venues to host their "free-roam VR experiences" that are about the size of a tennis court. And then they sell tickets to up to eight people at a time to dive into their "immersive adventures."

Zero Latency made headlines last year with the release of Far Cry VR: Dive Into Insanity, a VR experience where you get to know Far Cry 3's Vaas a little better. The success of that experience has taught Zero Latency the value of licensed IPs, so now they're teaming up with Games Workshop to create a Warhammer: 40,000 Space Marine VR adventure.

In this Space Marines game, players will take on the role of the titular genetically-enhanced super soldier to fight battles for the Imperium of Man. Up to eight players will get to meet iconic Warhammer 40K characters, places, and monsters for 30 minutes, blasting away the whole time using their custom-built VR controller rigs. 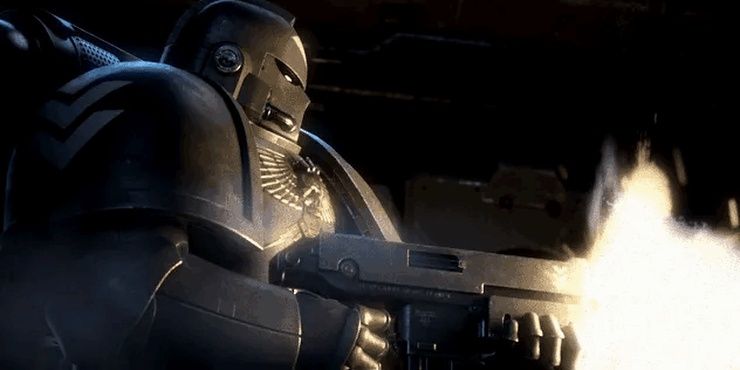 "Warhammer: 40,000: Space Marine 2 is going to be one of the biggest Warhammer video games ever, and it is hugely anticipated by fans globally. This is a fantastic extension of the franchise," said Jon Gillard, Games Workshop's head of licensing. "Zero Latency are masters of crafting exciting VR entertainment in locations all over the world, including one near our HQ in Nottingham that we have been to… a lot! We are working closely with their talented team, and using their groundbreaking platform and technology, we know this partnership is going to generate an amazing VR experience that will surprise and delight anyone who's ever wanted to be a Space Marine."