Live out your Dungeons and Dragons fantasies in Tiny Tina's Wonderlands, a spin-off of the Borderlands series. There are peasants to save, quests to complete, spells to cast, loot to find, and all that good stuff you remember!

The collectibles in Tiny Tina's Wonderlands are vast and numerous. To find them, you'll have to hunt them down for days, or maybe weeks! …Or, you could just read this guide, since we're detailing how to find everything you need to find in the Crackmast Cove.

Where To Find The Ancient Obelisk (x1) 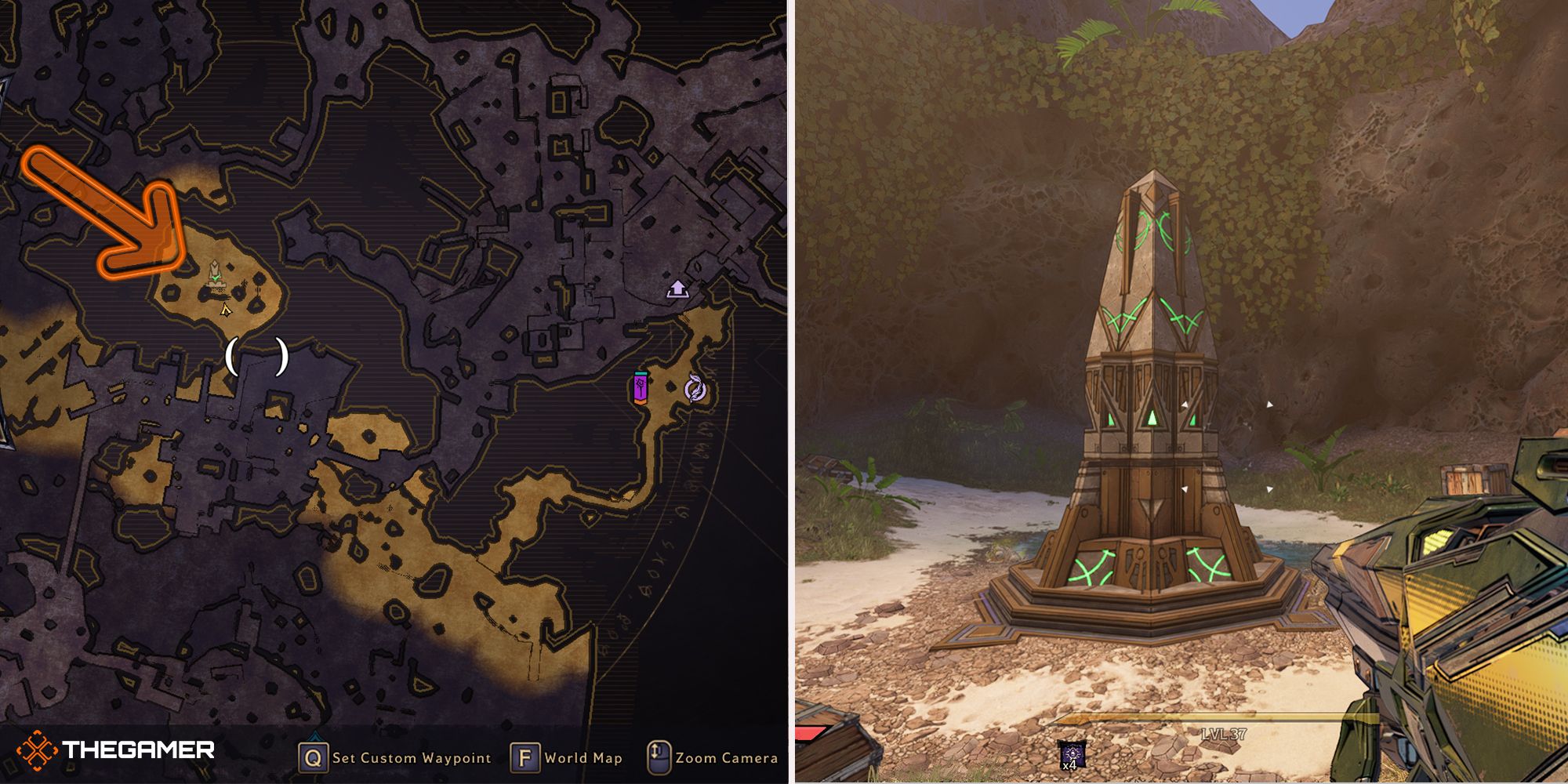 The Ancient Obelisk isn't far from where you enter the map for the first time. From that entrance path, turn right and stick to the right-hand wall to eventually come across it. 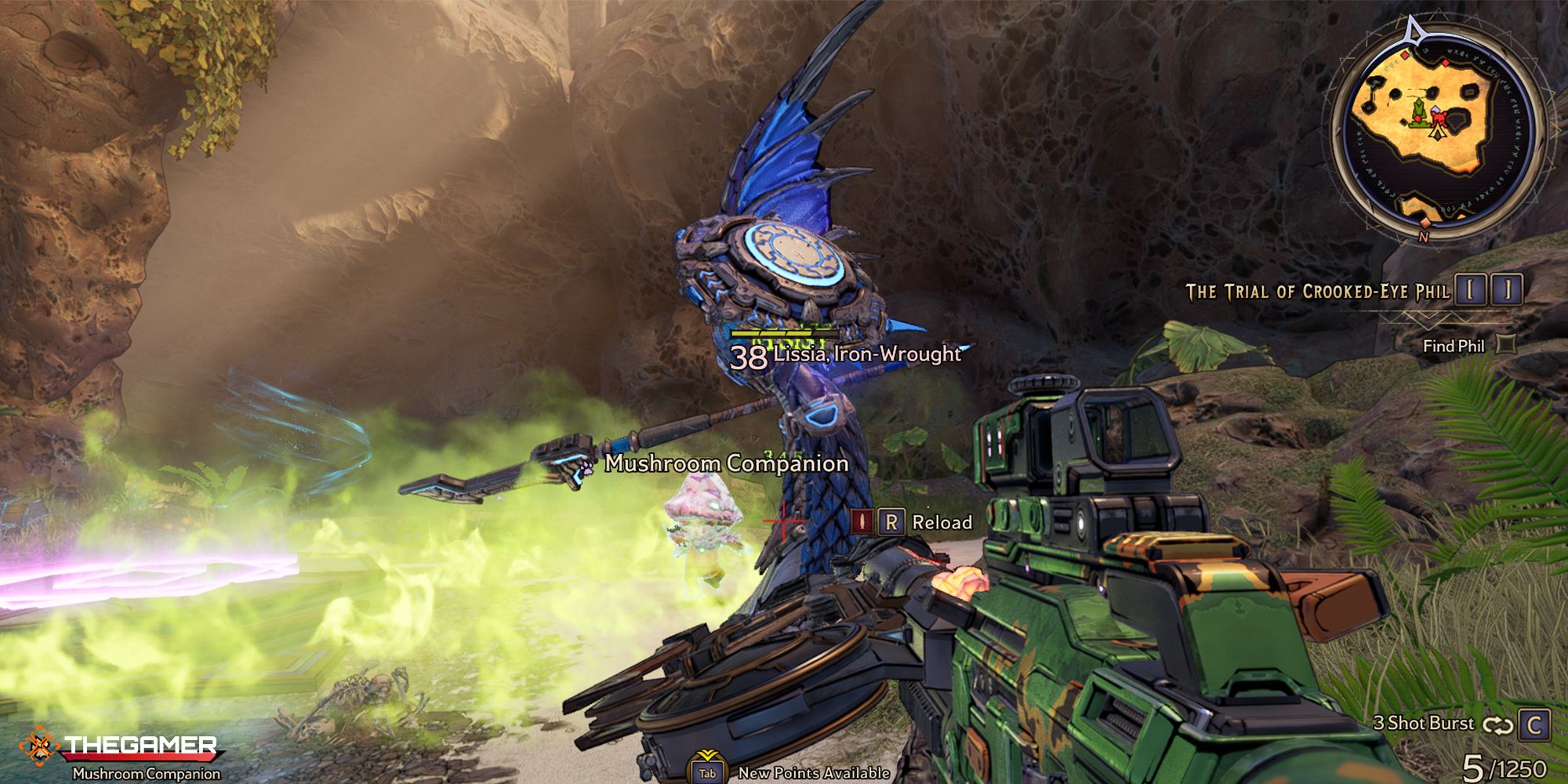 Ancient Obelisks spawn challenges that require you to beat a few waves of normal enemies before taking down a unique boss. In this case, it's a Coiled named Lissia, Iron-Wrought.

Where To Find The Lore Scrolls (x5) 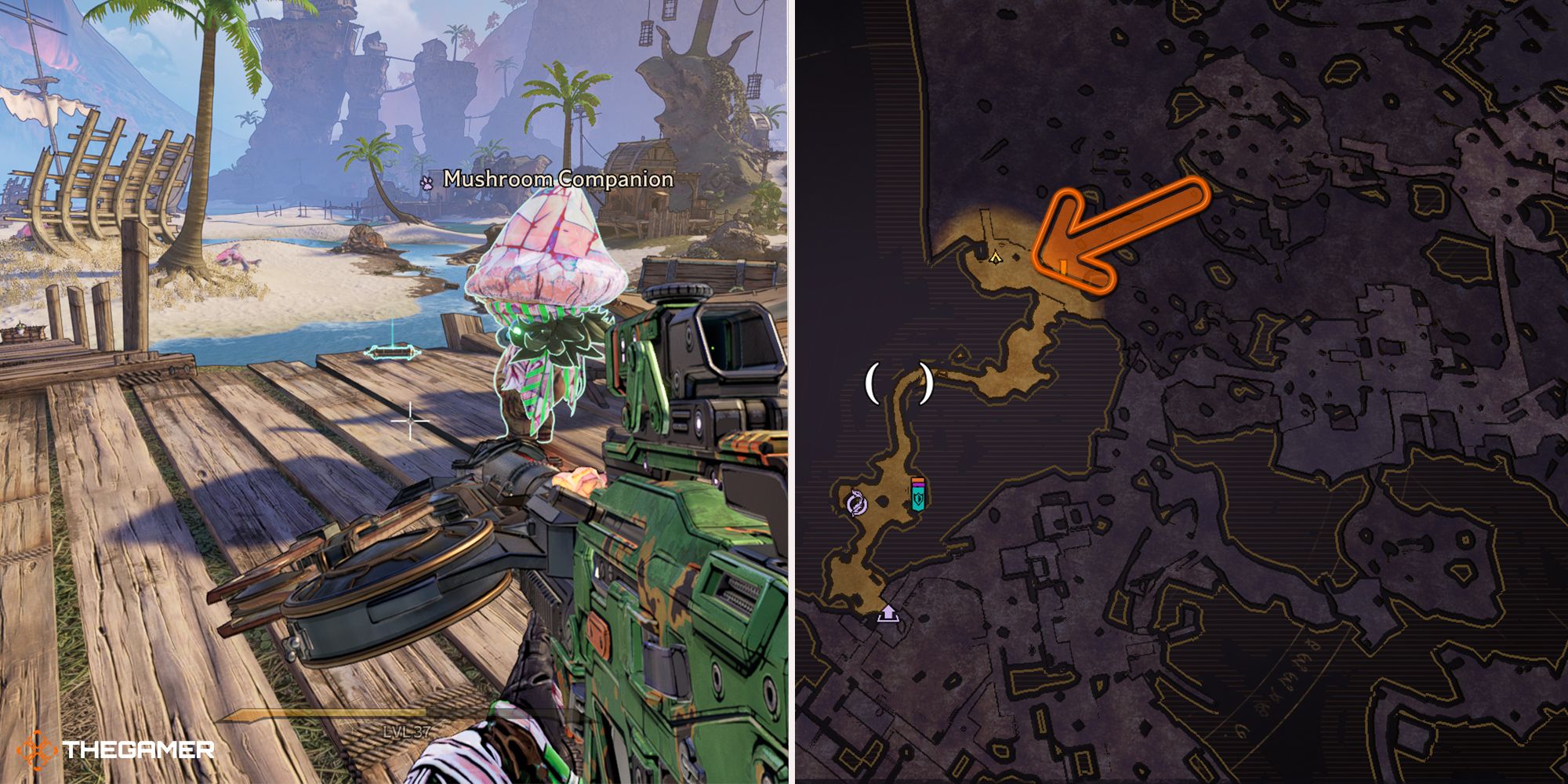 The first Lore Scroll is really easy to grab! Right after entering the map, travel through the narrow path and, once it opens up, check the house on your left. There's a Lore Scroll right next to the Lucky Die. 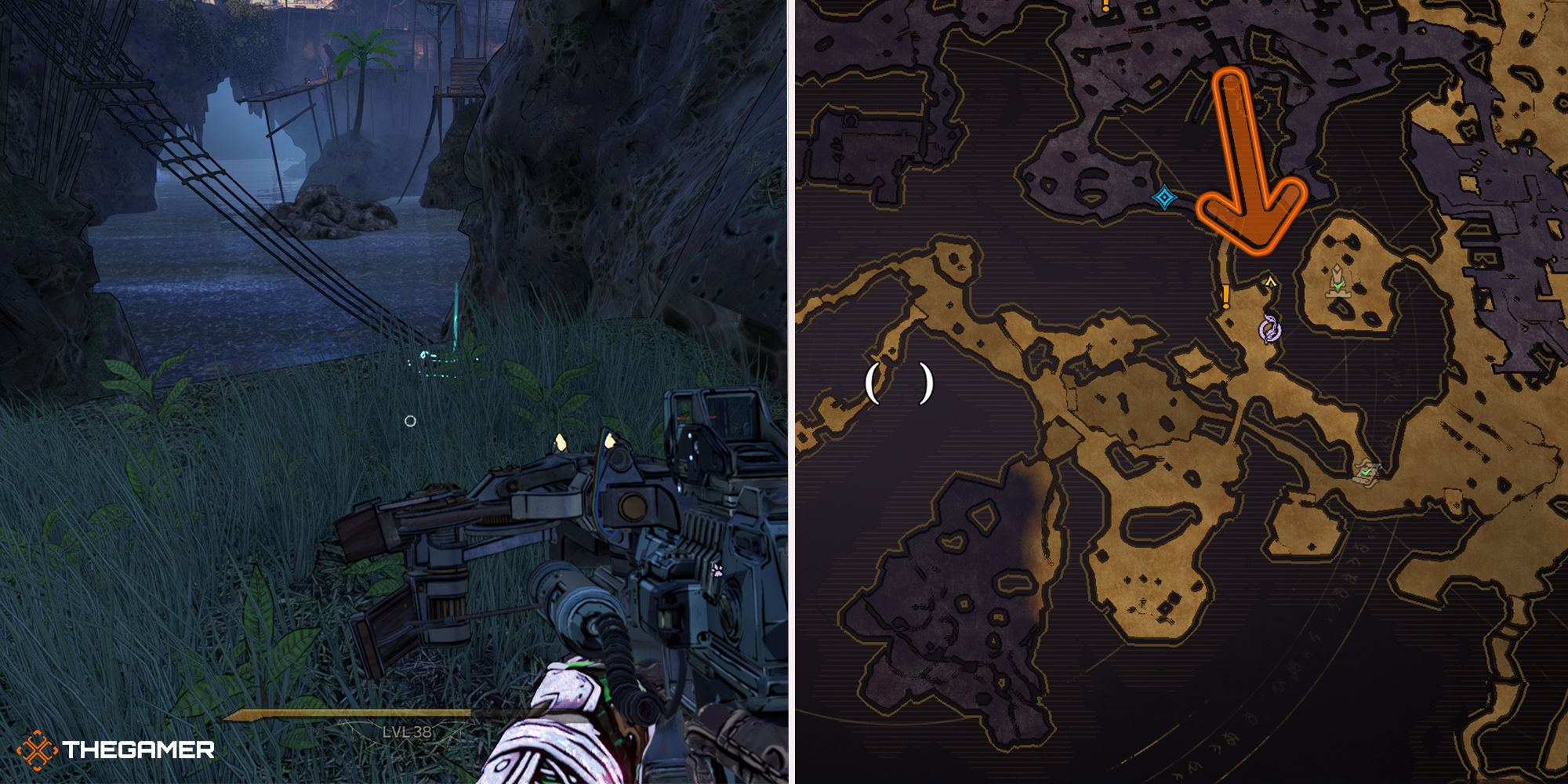 To get to the second Lore Scroll, you'll have to progress in the side quest 'The Trial Of Crooked-Eye Phil.' After finding Phil's Certificate of Non-Evilness, you'll be released into a new area and a fast-travel spot will activate. Check the grass near the cliff side for this Lore Scroll. 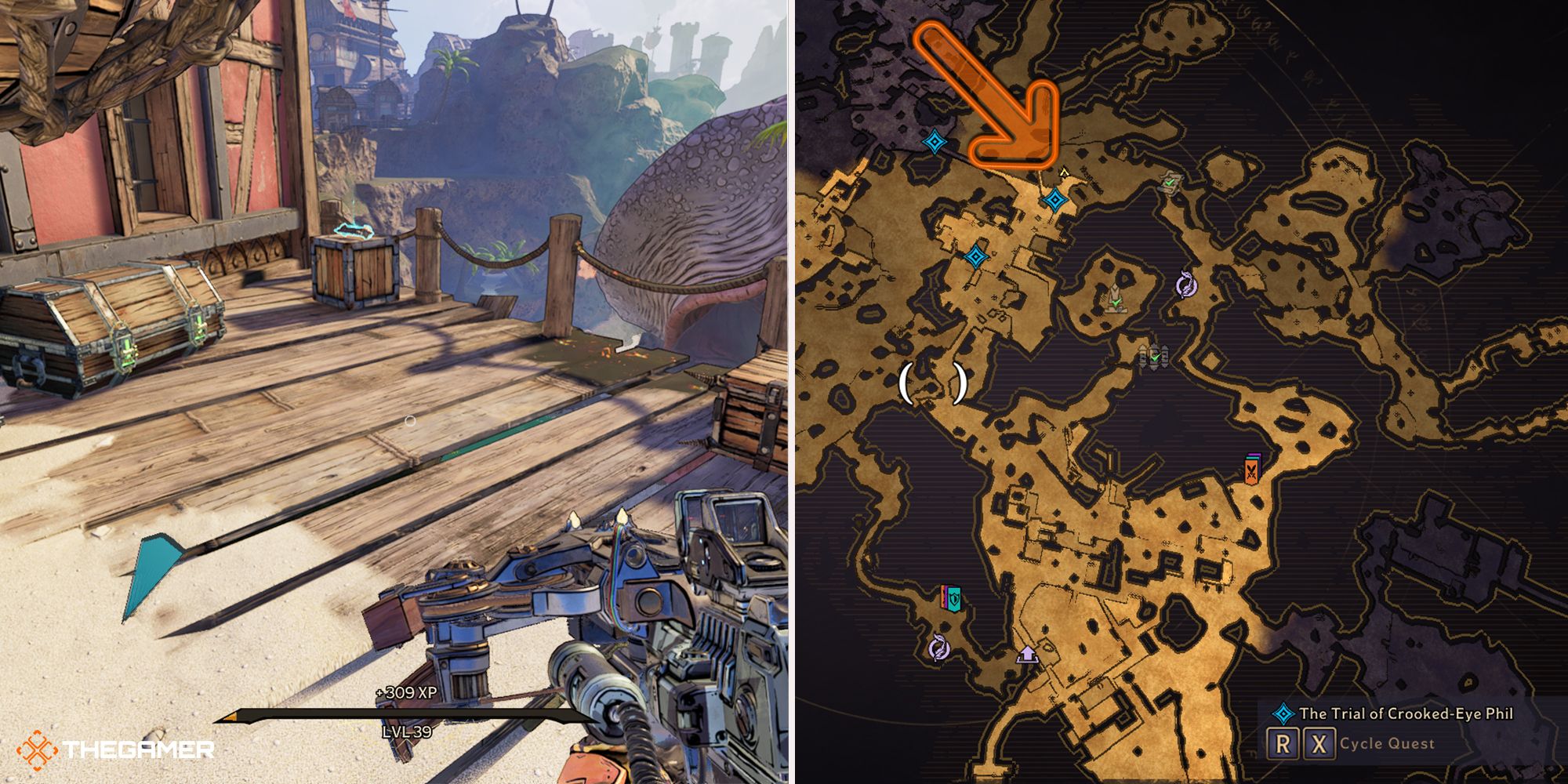 Like the last one, this Lore Scroll can only be accessed by progressing in the side quest 'The Trial of Crooked-Eye Phil.' After destroying all of Phil's totems and heading for the jail, keep an eye out for this Lore Scroll near the edge of a wooden platform, overlooking the beached whale. 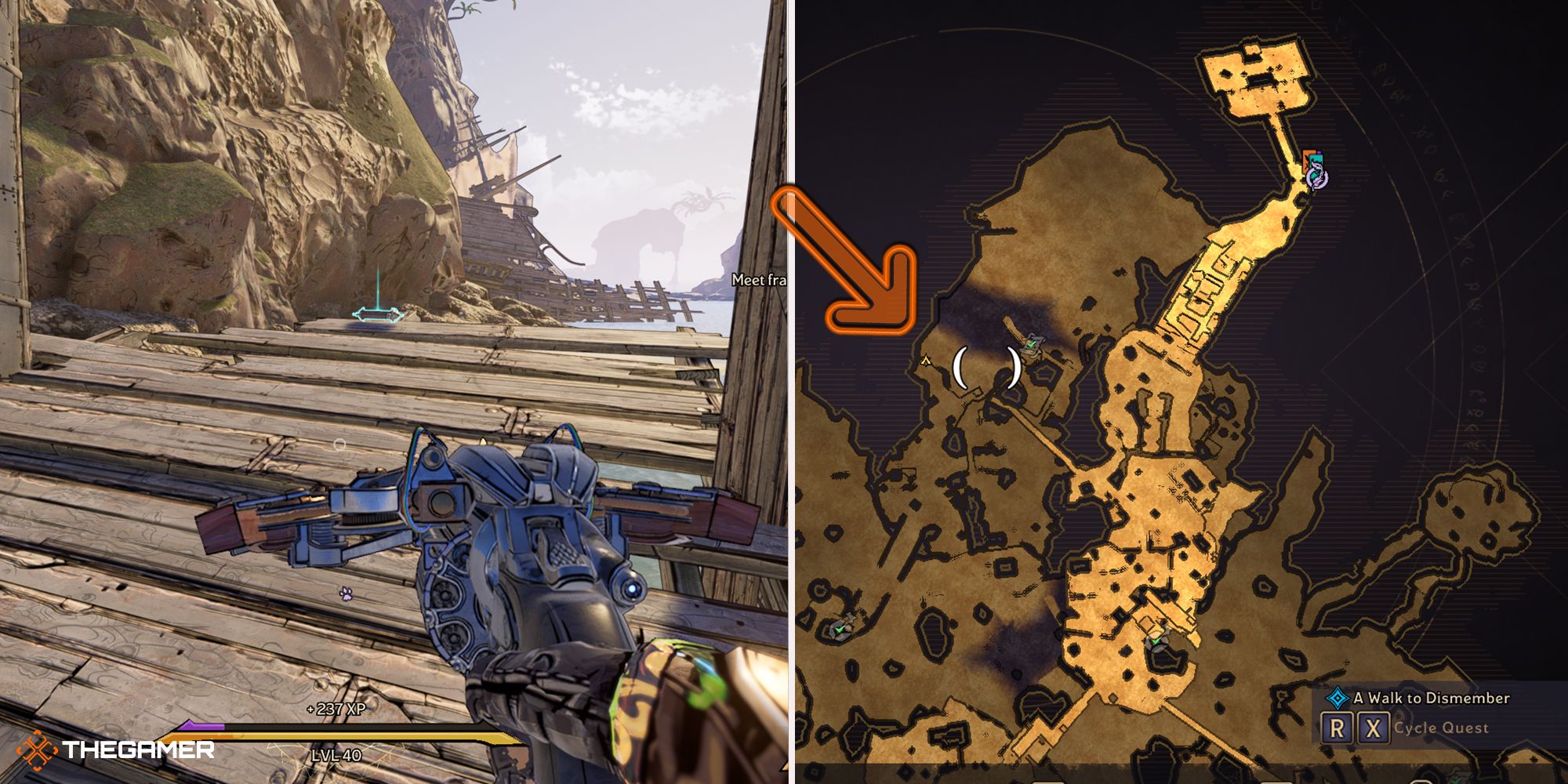 The next Lore Scroll can be accessed without doing any of the side quests! It's just on the wreckage of a dock, near the edge of the sea and the second Poetry Page. 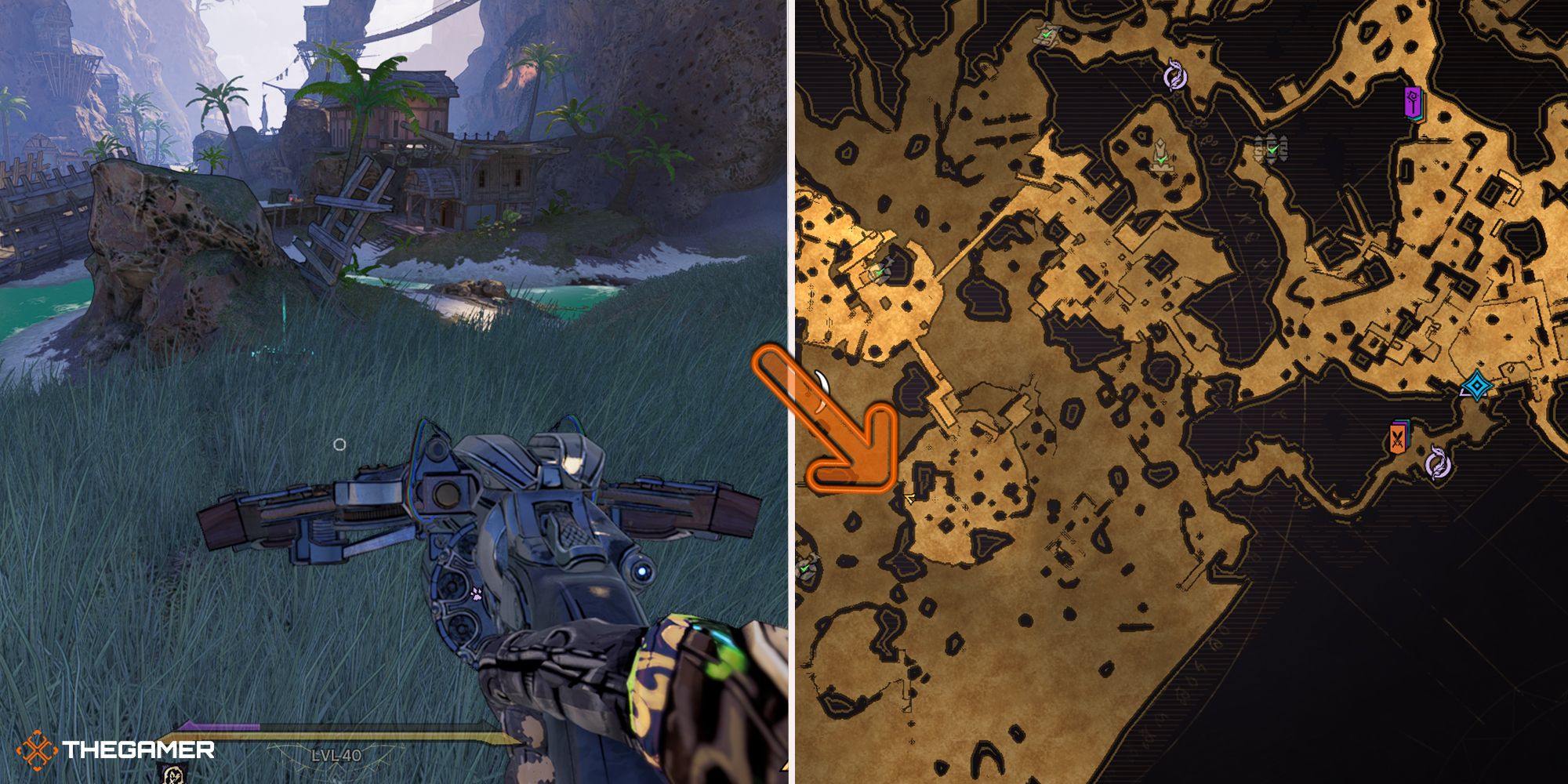 The final Lore Scroll is hidden in some tall grass on one of the raised islands in the wide-open area. It seems like a perfectly random spot to leave a Lore Scroll lying around – making it the optimal hiding place.

Where To Find The Lost Marbles (x2) 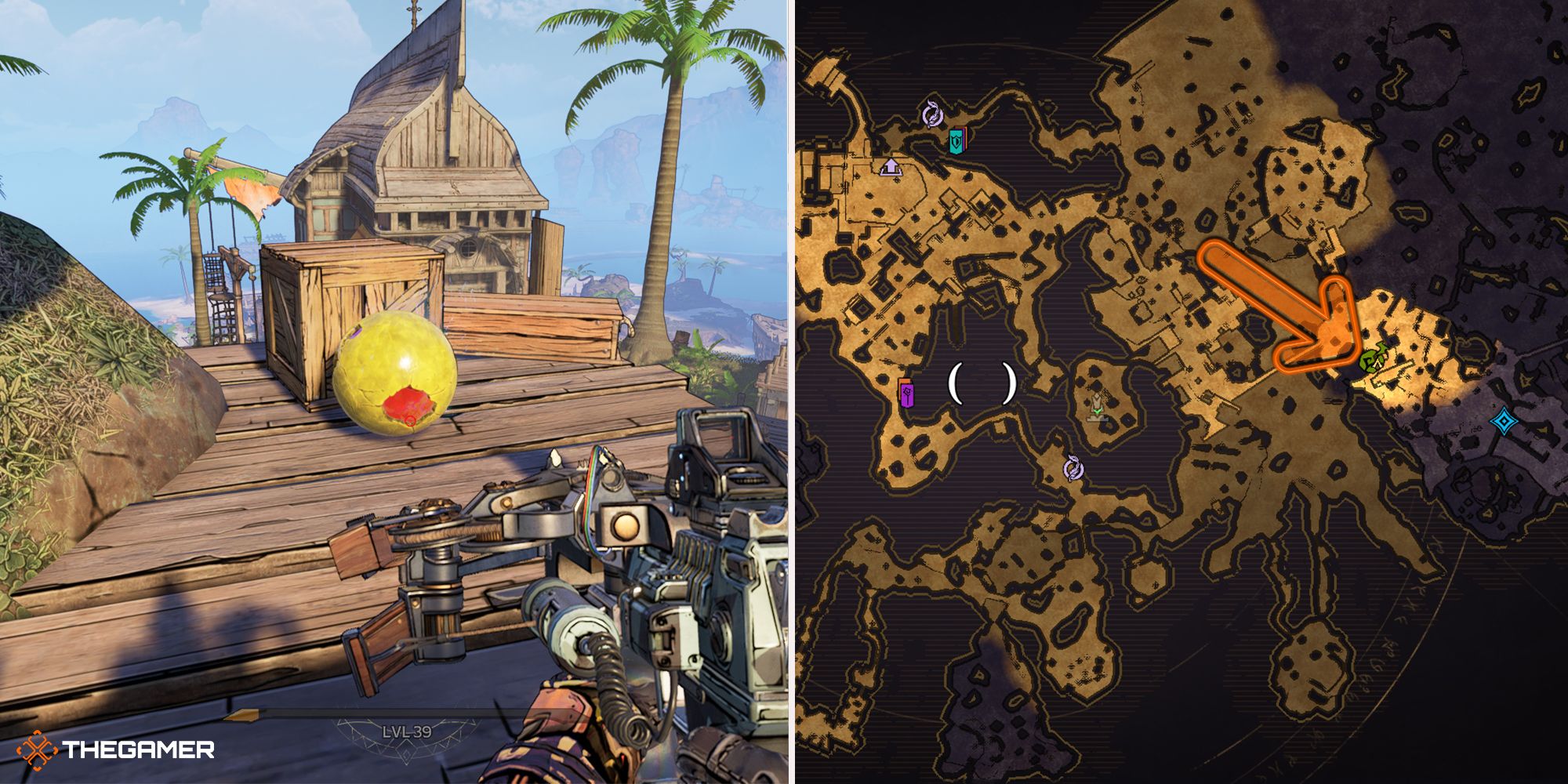 To reach the first Lost Marble, you'll need to progress in the side quest 'The Trial Of Crooked-Eye Phil.' Find his Certificate of Non-Evilness, destroy his totems, then track down Phil in his box. It will turn out to be empty, but the Lost Marble isn't far away! 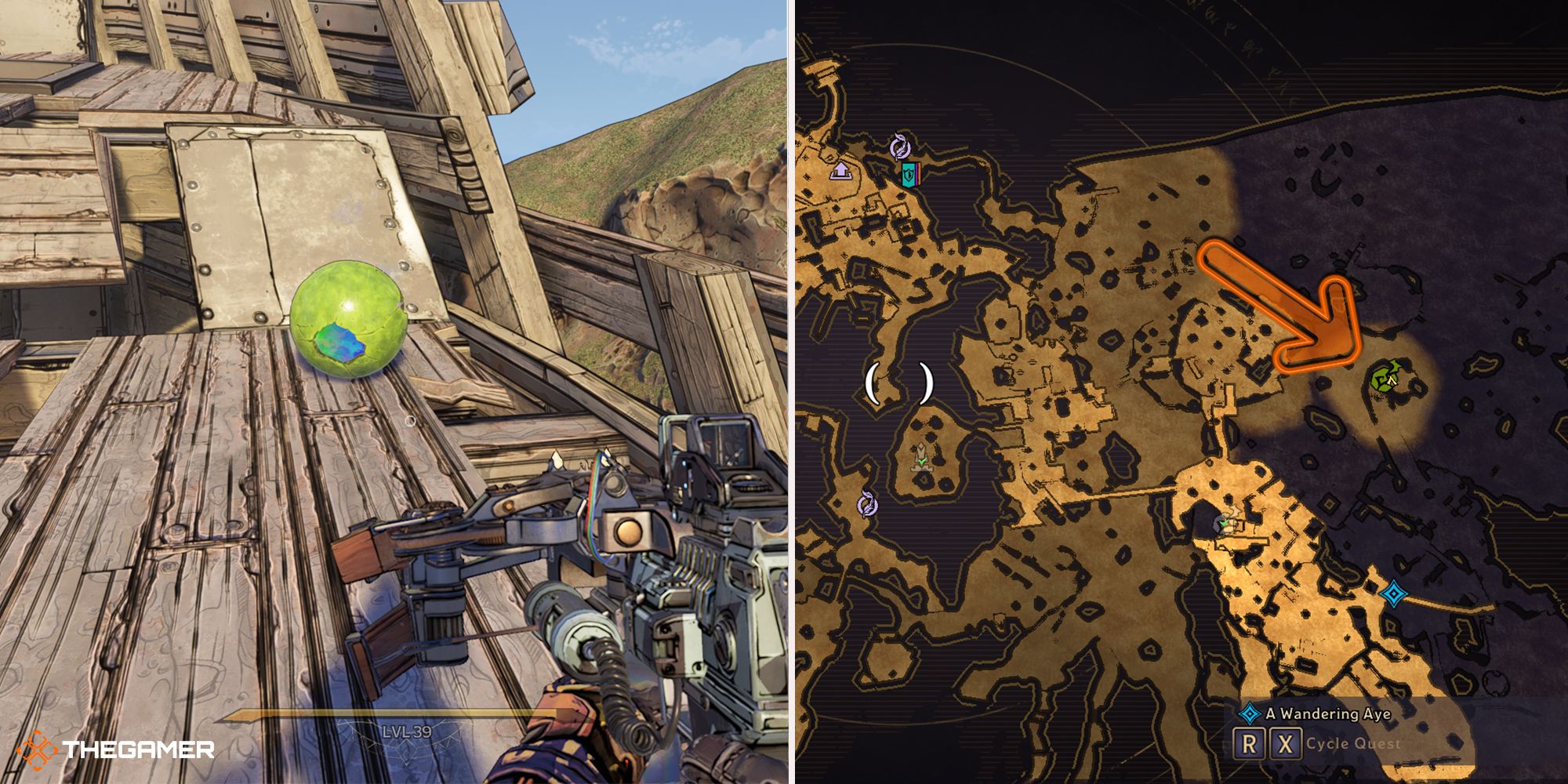 The second Lost Marble is on the wreck of a ship in the big open part of this map. You can access it without any side quests, but it's worth noting that a portal created during 'A Wandering Aye' will drop you right below it.

Where To Find The Poetry Pages (x2) 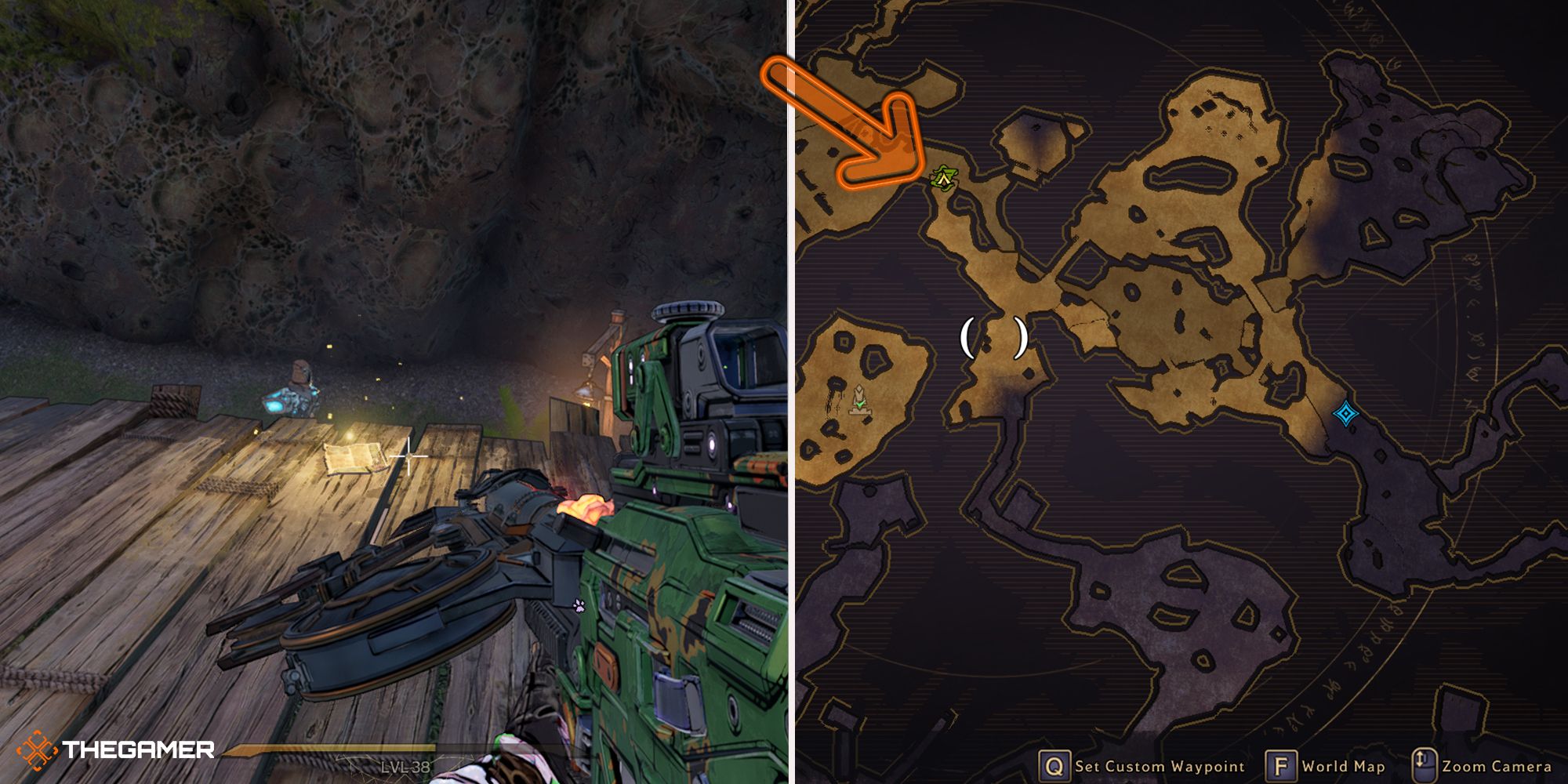 This Poetry Page is on a wooden platform in the winding net of caves near the Ancient Obelisk on this map. While you don't need to be doing the side quest 'The Trial of Crooked-Eye Phil' to reach the Poetry Page, you will pass very close to it while looking for Phil's Certificate of Non-Evillness. 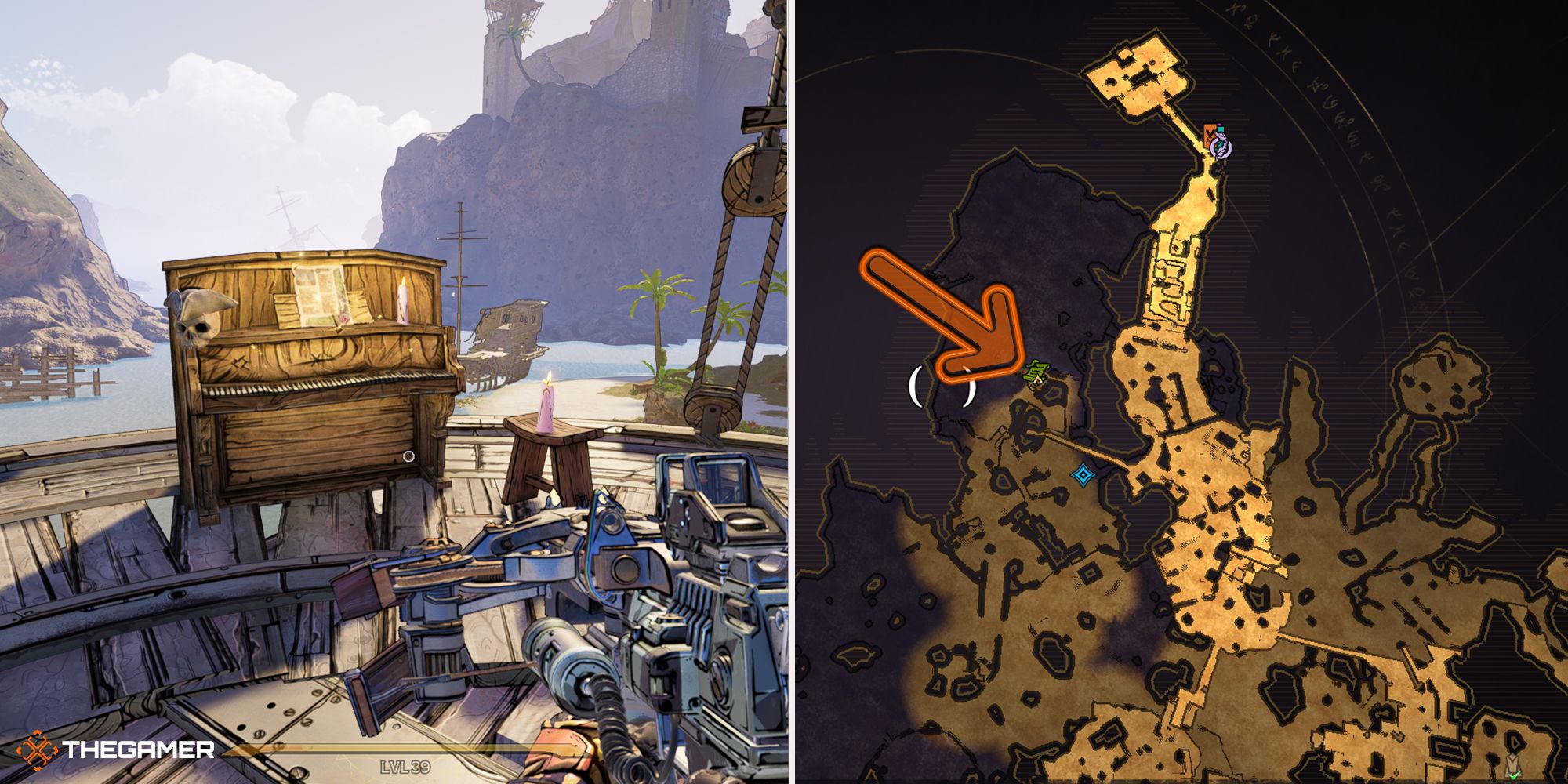 Just like the first one, you don't need to be doing any particular side quest to get access to this Poetry Page. It's on a big, circular wooden platform on the far side of the map, near the sea! It's hard to miss if you know what you're looking for.

Where To Find The Lucky Dice (x22)

There's a whopping 22 Lucky Dice in the Crackmast Cove! We figure that they merit a guide all to themselves. Check it out here:

Where To Find The Rune Switch (x1)

The Rune Switch puzzle can only be found once you've progressed a bit through the side quest 'The Trial Of Crooked-Eye Phil.' You'll be in the middle of destroying totems when you find it. 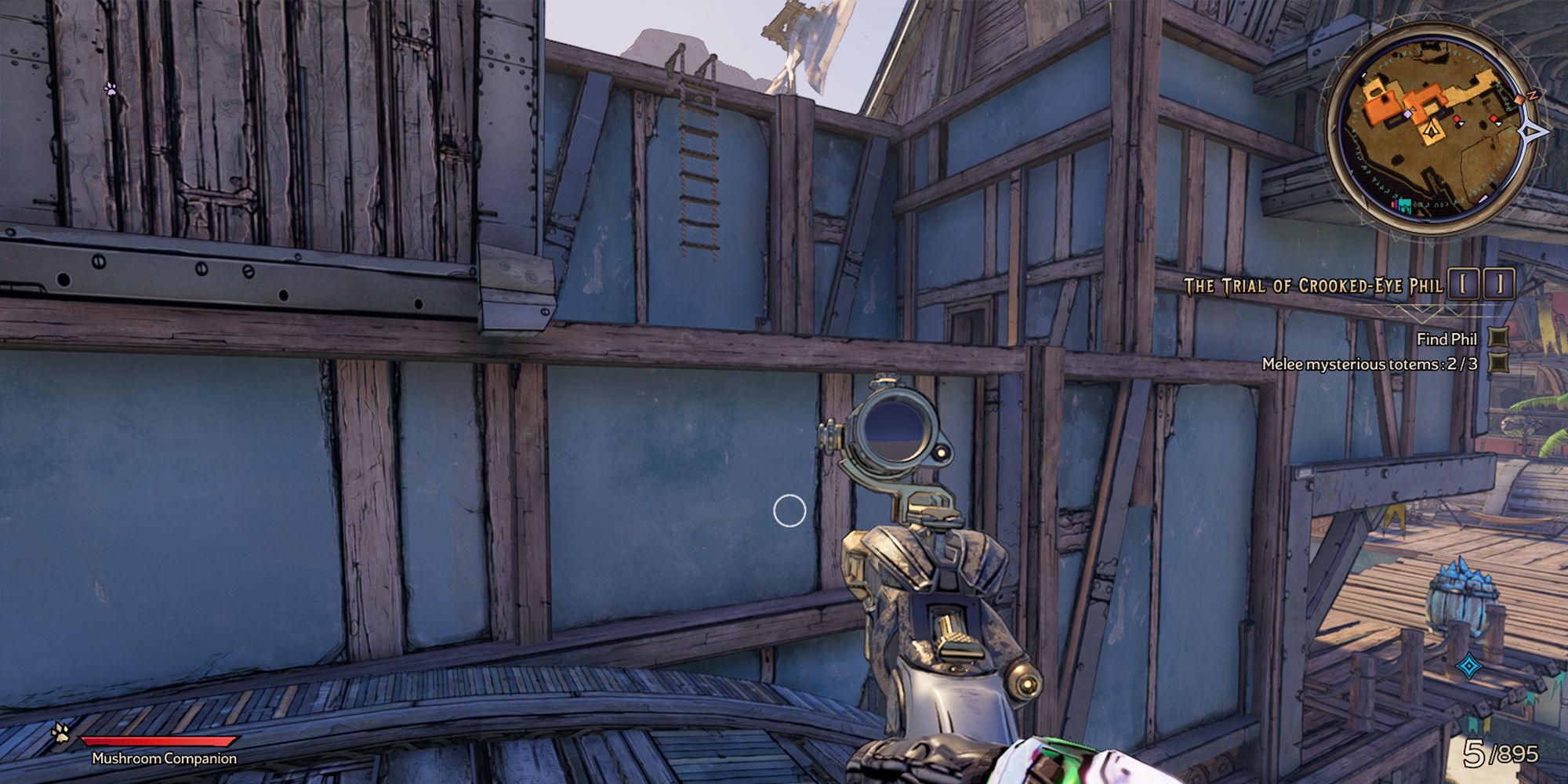 The path to the Runes is pretty simple, with one exception: going between the first and the second rune. What you need to know is that there's a building with a ladder on the back (depicted above) which will allow you to climb up easily.