If you’re getting tired of your swift and dependable mount in Red Dead Redemption 2, why not try a donkey? Granted, you probably won’t pull off any grand mounted maneuvers such as hopping mounts mid-gallop, but you can still pursue mounted hunts. Because donkeys are not proper mounts, there was an oversight in their stamina, so these mighty little burrows can kick up dust for as long as you want to ride.

While Donkeys can be ridden just like regular mounts, bonding with these stubborn beasts is out of the question, as is stabling them alongside the more tempered mounts in the Horse Stable. However, you can hitch them temporarily at camp. While hunting is possible while riding a donkey, you won’t be able to strap any large kills onto its back. But that’s okay. You can call in your horse and let the mount play the pack mule for a change.

Aside from taking a donkey joyride, these short and fluffy little beasts can be sold at the Horse Fence for a meager four cents. However, it’s not like you will come across herds of wild burrows roaming the open American West that you can round up for trade. You’ll have to track down these unique mounts at specific hitching posts across the states. Here’s where to grab yourself a donkey in RDR2 and Red Dead Online. 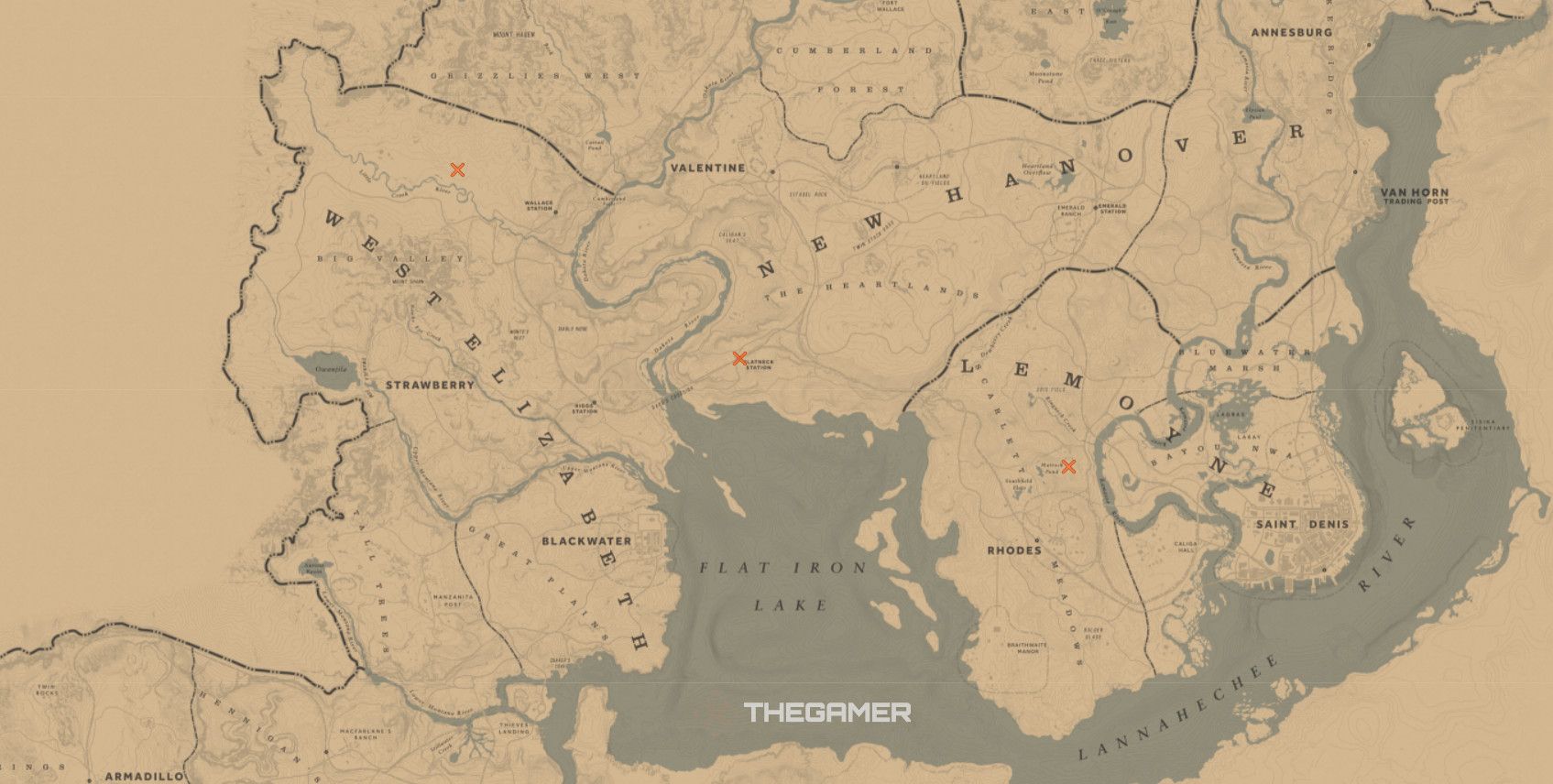 If you’re in West Elizabeth, head up north to Little Creek River in the state’s Big Valley region. A donkey can be found in the yard at the Watson’s Cabin property along the creek’s northern bank.

You’ll find another Donkey hitched up at Flatneck Station in the south of The Heartlands, just east of Bard’s Crossing.

If you’re down in Lemoyne, you can head over to the Scarlett Meadows to find another Donkey stabled on a cow farm north of Rhodes. The farm itself is located northeast of Maddock Pond, and you can usually find the donkey grazing outback of a rickety turnout shed.

It’s also possible that you may see donkeys being ridden around New Austin from time to time. As an outlaw, it wouldn’t be beyond the scope of reasoning to hijack another rider’s mount.