One of the best things about Horizon: Forbidden West is the characters Aloy meets along her intense journey. Each provides a new insight into the world around them and introduces a personality many will grow to adore or will hate instantly. Either way, these characters were designed to have strict codes, intents, and ideas about how the world should be run, making them prime subjects for a D&D alignment.

Dungeons and Dragons alignments are split into nine categories and are a great way to fully understand how a person or character thinks. In the case of Horizon: Forbidden West, these alignments can give you an idea about a character's mind and hopefully predict their movements so you're ready for anything the game throws at you. 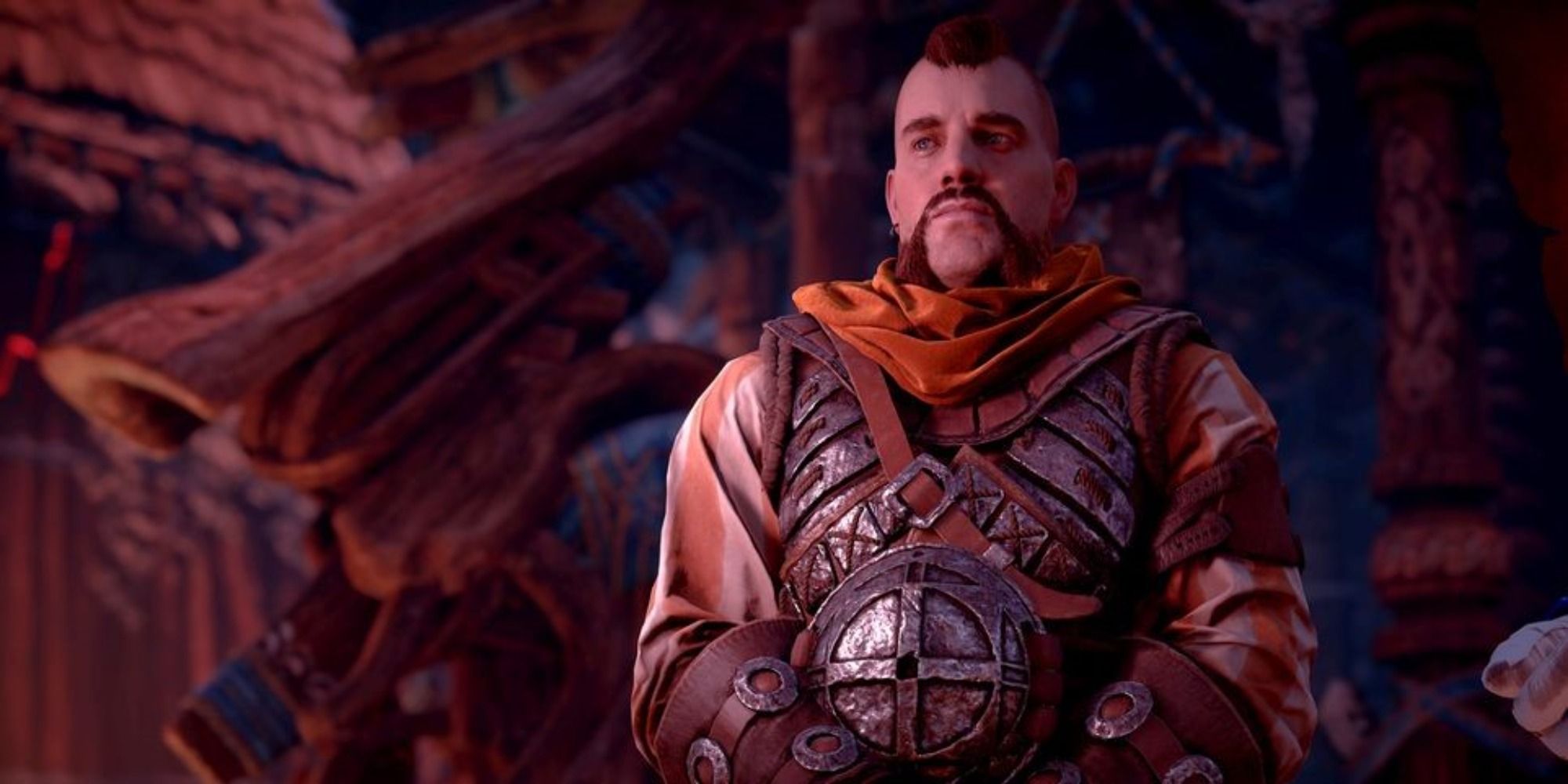 Erend is a funny, slightly drunk, and even more awkward captain Aloy meets along her journey. He comes out with some hilarious lines and can sometimes make people underestimate him due to these words. However, through his actions and aid, Erend sticks to his moral code and helps the greater good when it comes down to it.

Sticking to personal and clan codes to help the greater good placed Erend perfectly into the Lawful Neutral alignment. Mainly for the likes of monks, those who fit under this category will stick to their personal codes, whether that means doing something good or bad. 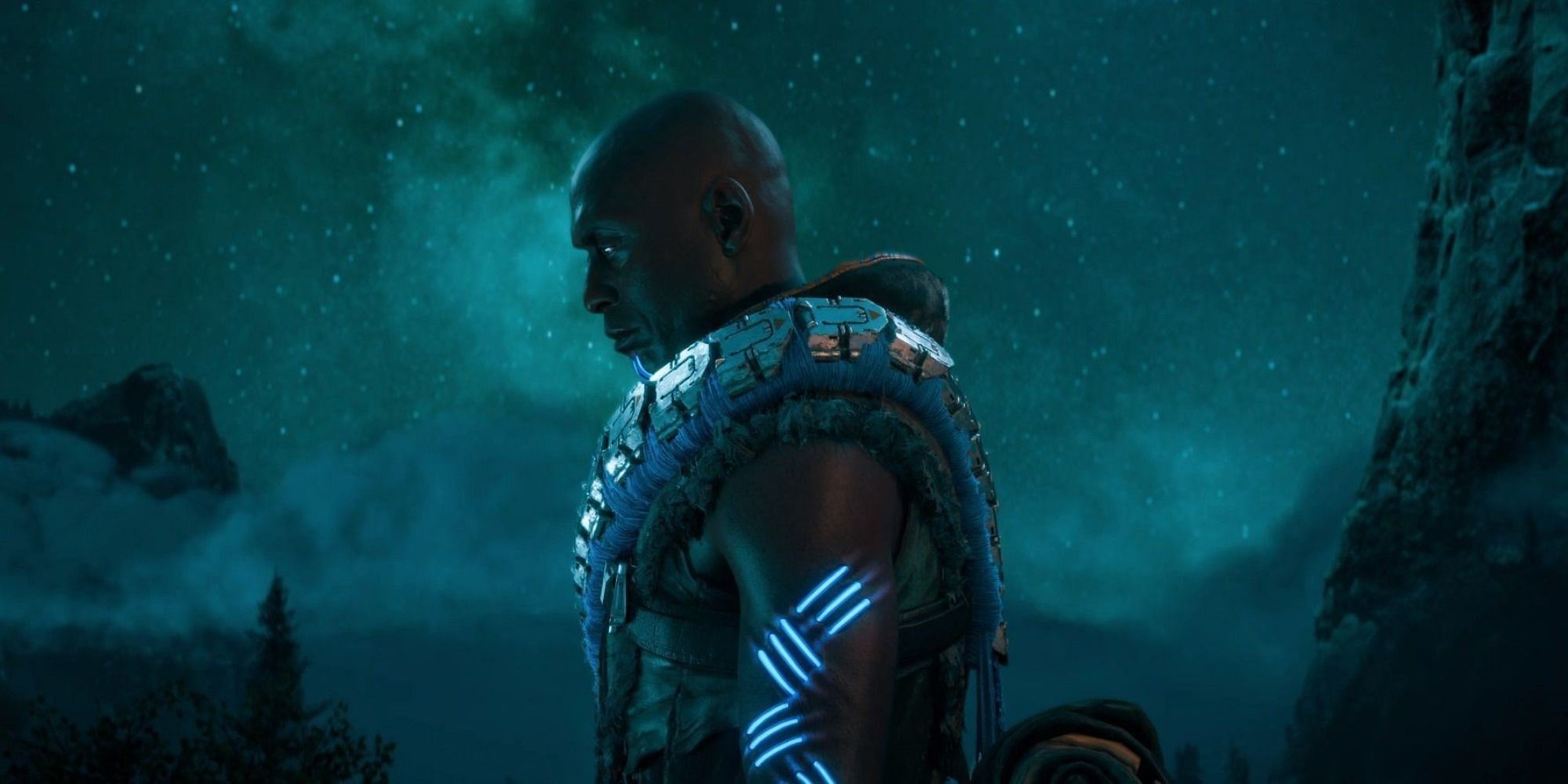 As a stealthy man who works predominantly behind the scenes, Sylens has a rather questionable moral code. He works with one of the main antagonists in the game and seems to just be out there to get in Aloy's way and ruin what she's working so hard to complete, even if it does seem like he warms up to the good side for a while.

Sylen's an independent man who cares little about the lives of others unless they can benefit him in some way, leaning him towards the Neutral Evil alignment. This is the category in which the person will do whatever they think they can get away with. Their lives are above anyone else's and they aren't afraid to switch sides if it will benefit them in the long run. 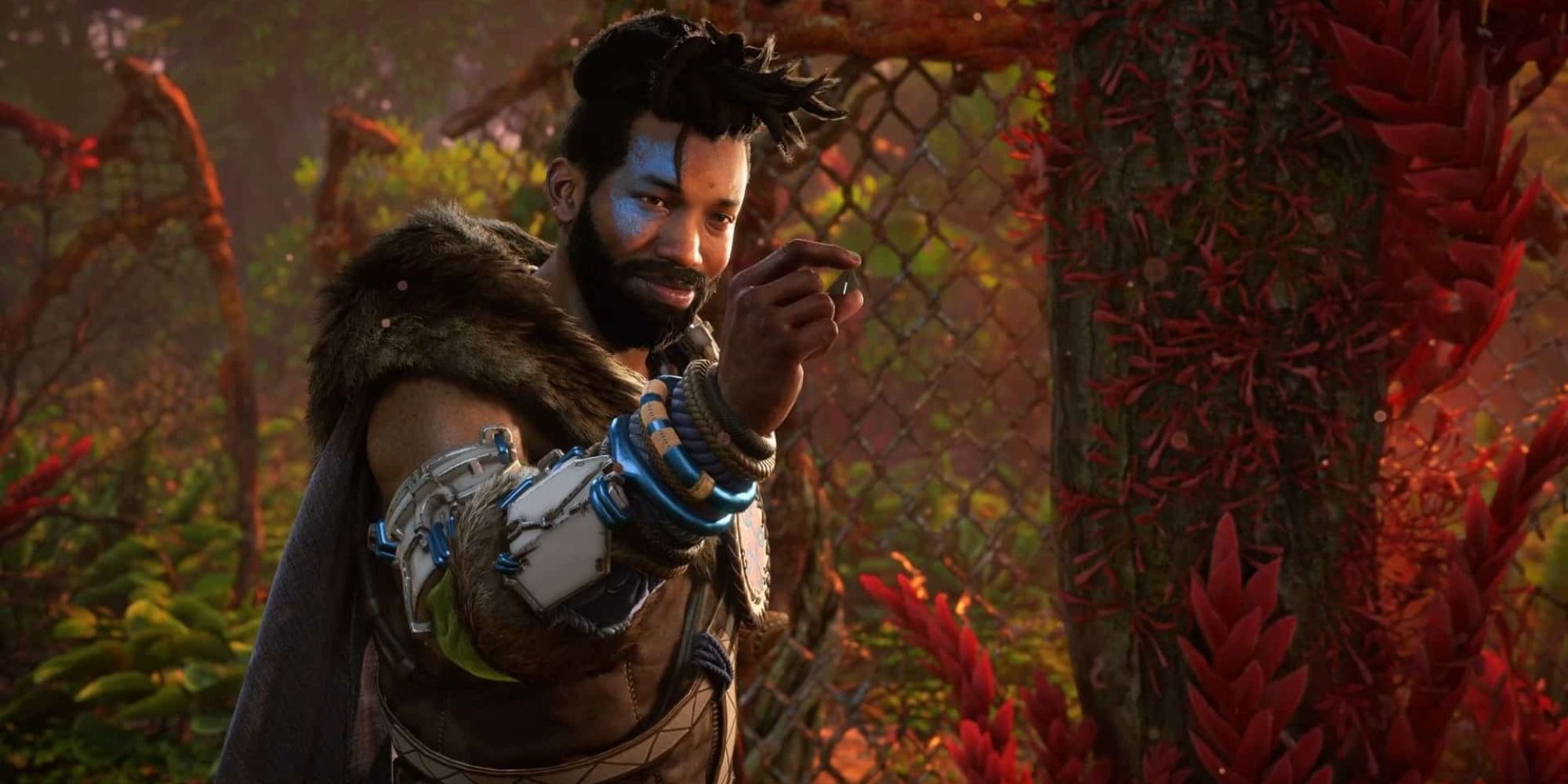 Varl is one many will recognize from Horizon: Zero Dawn. He is displayed as kind, a little naive, but strong and capable nonetheless. In Horizon: Forbidden West, Varl has transformed into a powerful warrior who is capable of doing some impressive damage to an enemy, often proving that as he helps Aloy on her journey.

Due to his loyal and kindhearted nature, Varl is undeniably Neutral Good. This alignment tends to befit those who do everything they can to help people in need. They will put themselves in harm's way to help their friends, clan, or family with little regard for their own safety if needed. Varl does exactly this on multiple occasions, making him a perfect fit. 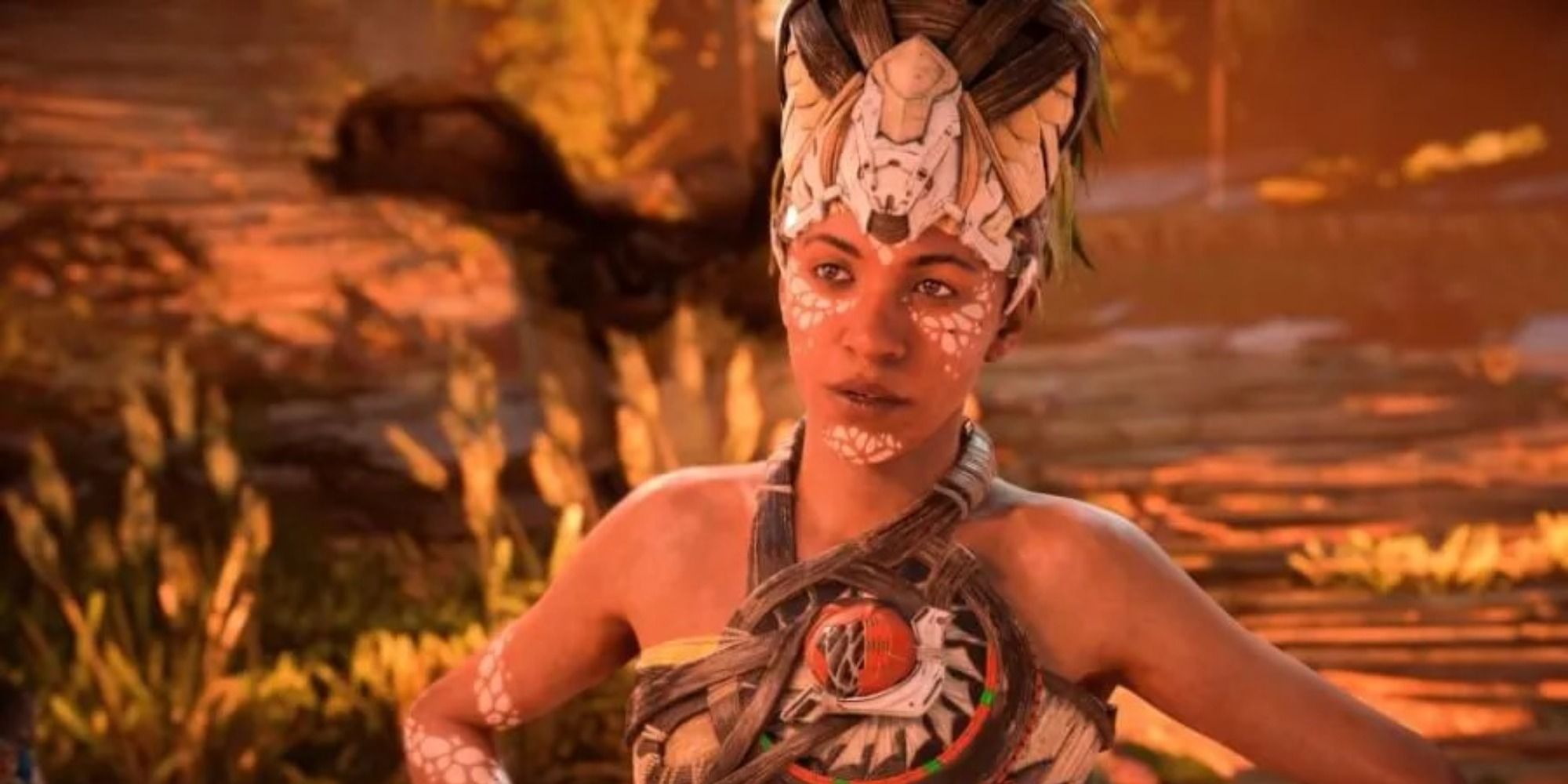 At her core, Zo is a kindhearted and caring healer who will do anything she can to help those in need, regardless of who they are. This greatly resembles the likes of Clerics in Dungeons and Dragons, who often side to the alignment of Lawful Good.

Such an alignment requires the character or player to be always trying to do the right thing. They are often counted on by others. In the same way, Varl and later Aloy count on her to heal and enter the Utaru cave. 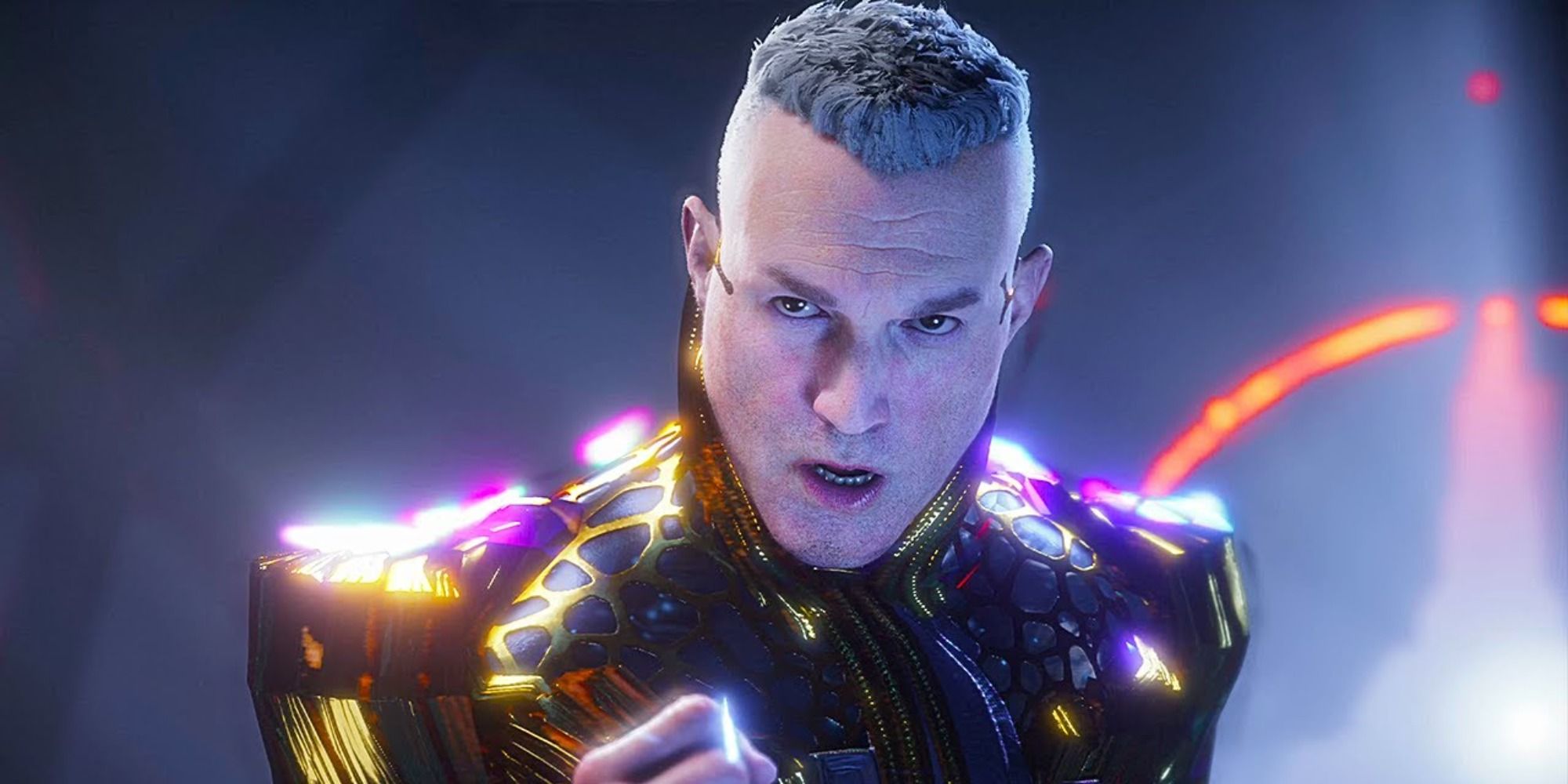 One of the main aspects that stands out from Erik's past and clearly dictates what he does in Horizon: Forbidden West is his military background. He clearly stands by his own ideology and proves on multiple occasions that he has very little respect for people's lives and has no trouble getting rid of the ones he doesn't want or need anymore.

All this combined with what he does during the game places him firmly into the Chaotic Evil alignment. Chaotic Evil characters tend to act with a sort of hatred or bloodlust that drives them quickly to violence. They are truly horrible people. 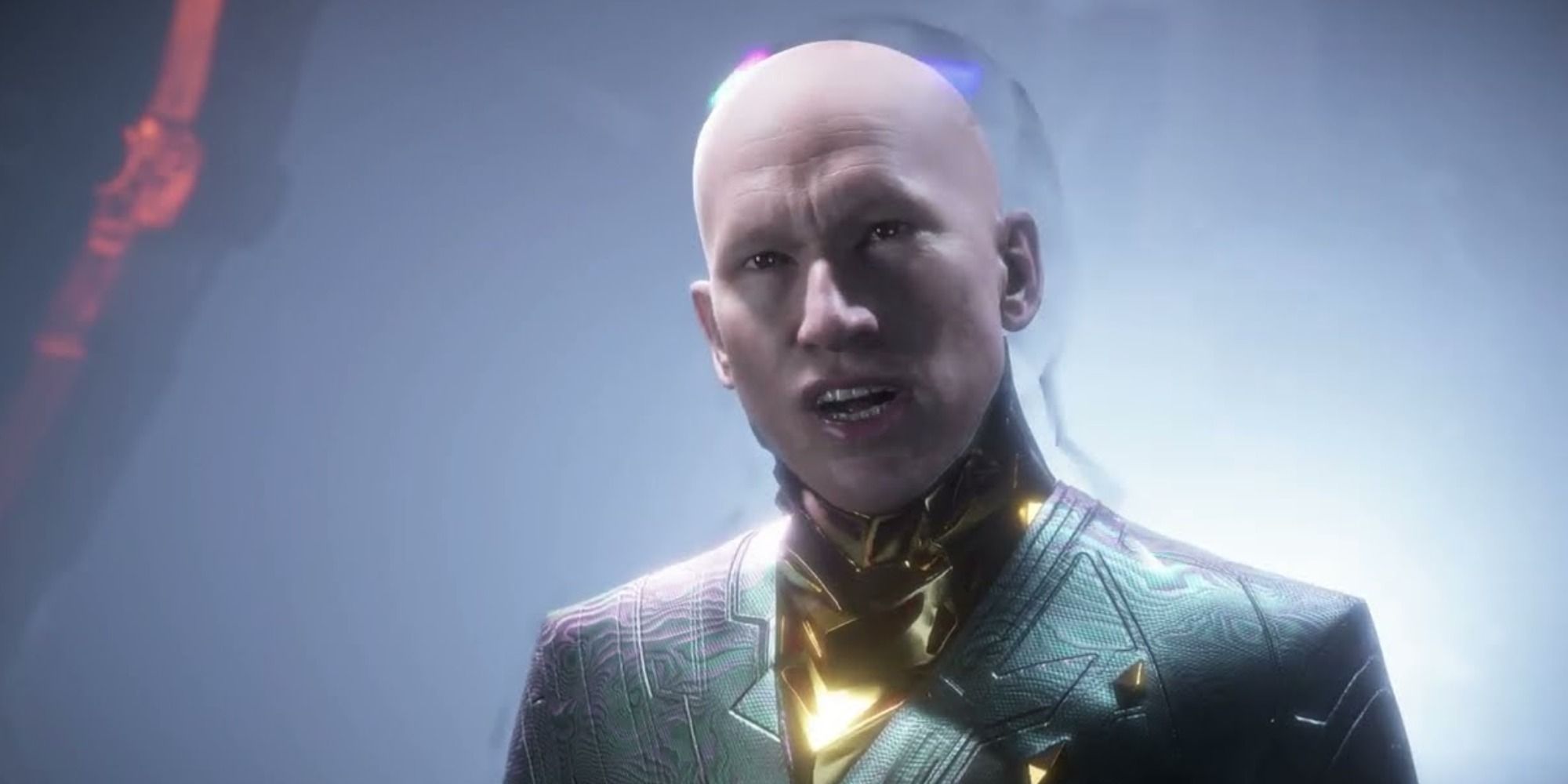 While Gerard may still be evil due to his friendship with Erik, he is horrible in a different, more passive way. Gerard seems to have very little regard for humanity in the same way as Erik but he could be considered the ringleader and brains behind the operation.

Neutral Evil characters will do whatever they think they can get away with. Combine that personality trait with the arrogance portrayed by Gerard and you have an extremely deadly mixture combined into a powerful man. 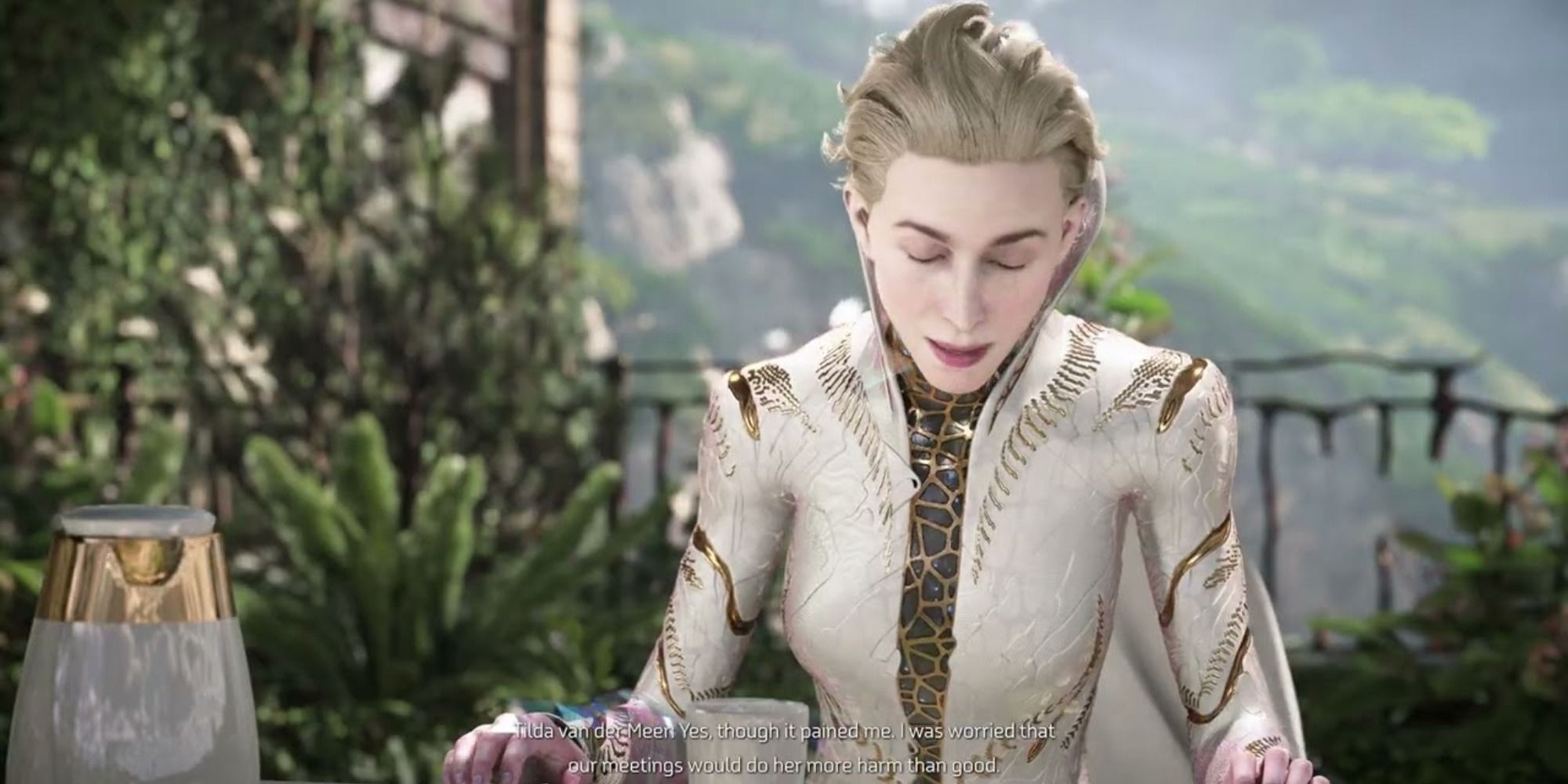 Tilda is a challenging character to place into a certain alignment due to the moral ambiguity of her personality. She is often seen as manipulative and does take the side of the antagonists at the beginning of the game. However, it's her siding with Aloy as the game progresses that places her out of the evil category and more into neutral.

The reason Tilda is classed as Lawful Neutral is due to the idea that the alignment covered those who act the way they do in accordance with their own personal code. While she may not exactly follow the laws of the land, she has her own morals and will change sides to stick with them. 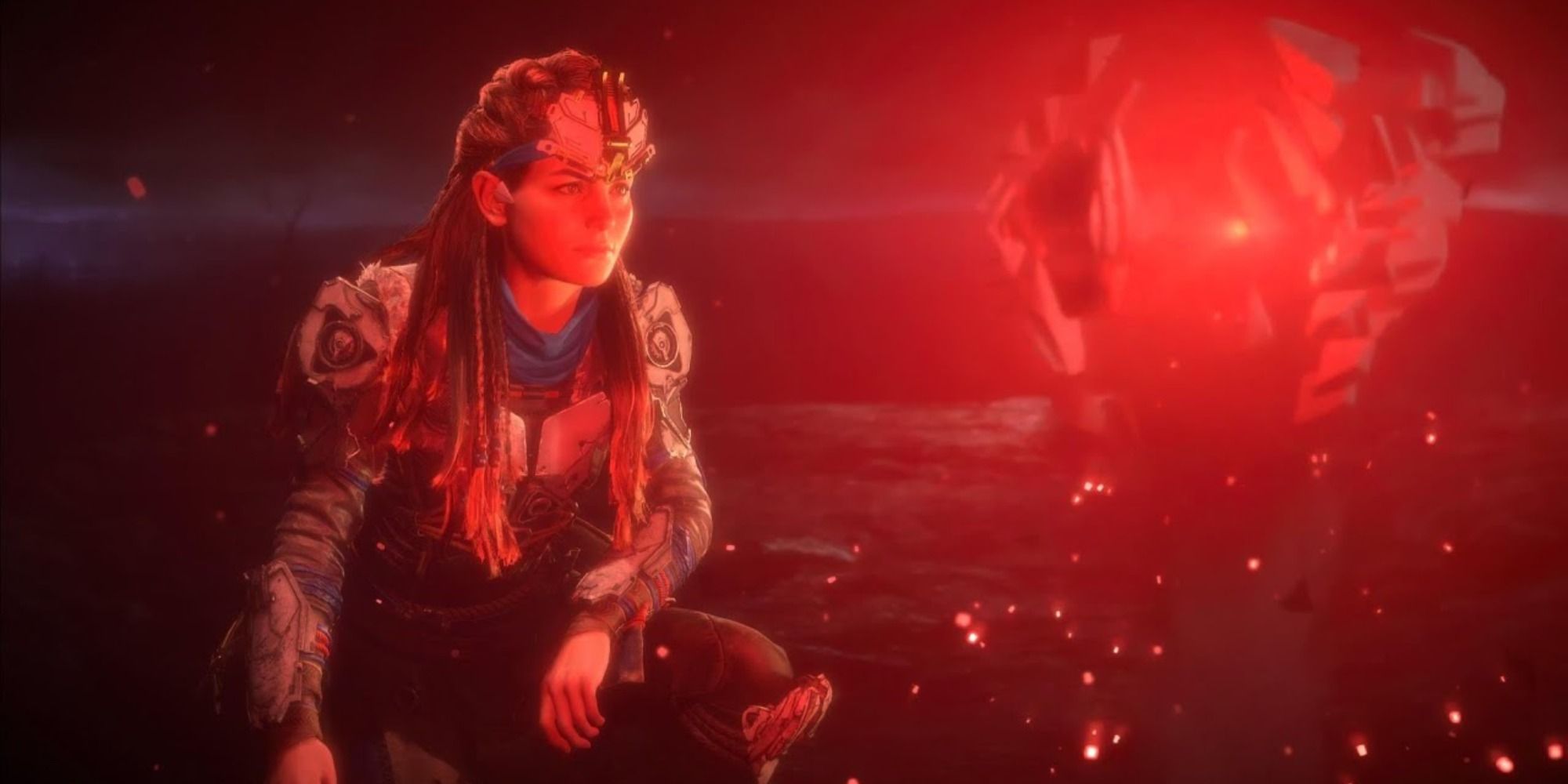 While HADES may not be a physical person as such, this AI is still intelligent enough to have some sort of personality, even if it is horribly evil. HADES uses machines and people to manipulate the world around them, causing havoc to both the protagonists and the antagonists throughout both Zero Dawn and Forbidden West.

HADES is classed as Lawful Evil due to the little regard for human life, but also the realms in which they commit the atrocities many see during the game. Due to the fact that HADES is an AI, it follows strict codes and laws created by itself. All this combined makes for a deadly mix. 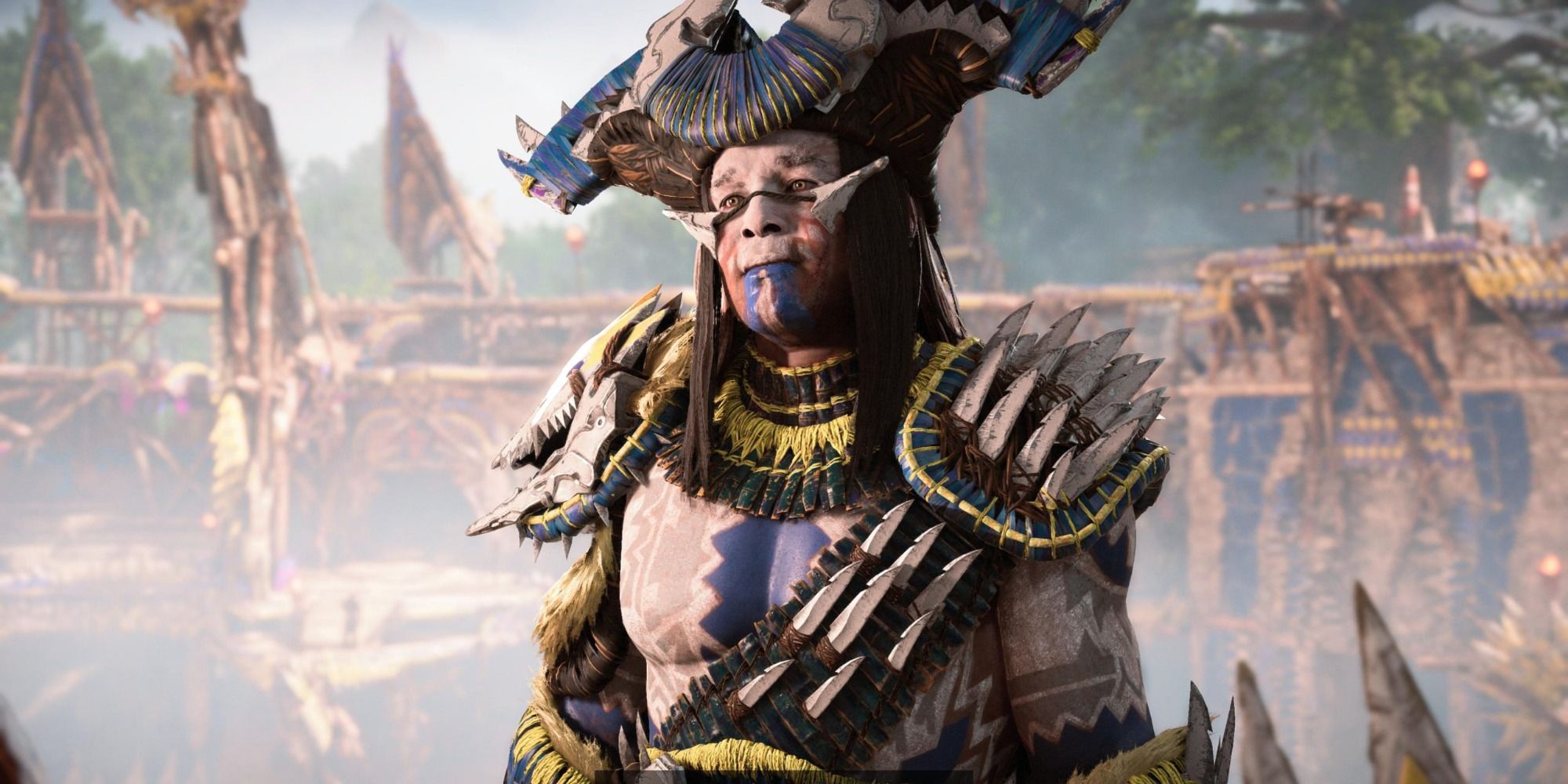 Hekarro is a determined, strong, and thoughtful leader. He always seems to be trying to do what is best for the members of the Lowland Clan, even if that means he'll anger some people and cause a rift between his friends. Despite such a rift, it's the thought behind it that enables Hekarro to firmly place himself in the Neutral Good alignment.

Neutral Good characters tend to do everything they can for other people. They often look out for those who cannot look out for themselves and will try to protect the many, despite the thoughts of the few. This is exactly what Hekarro does when he proposed to end the fighting between the clans and unite them as one. 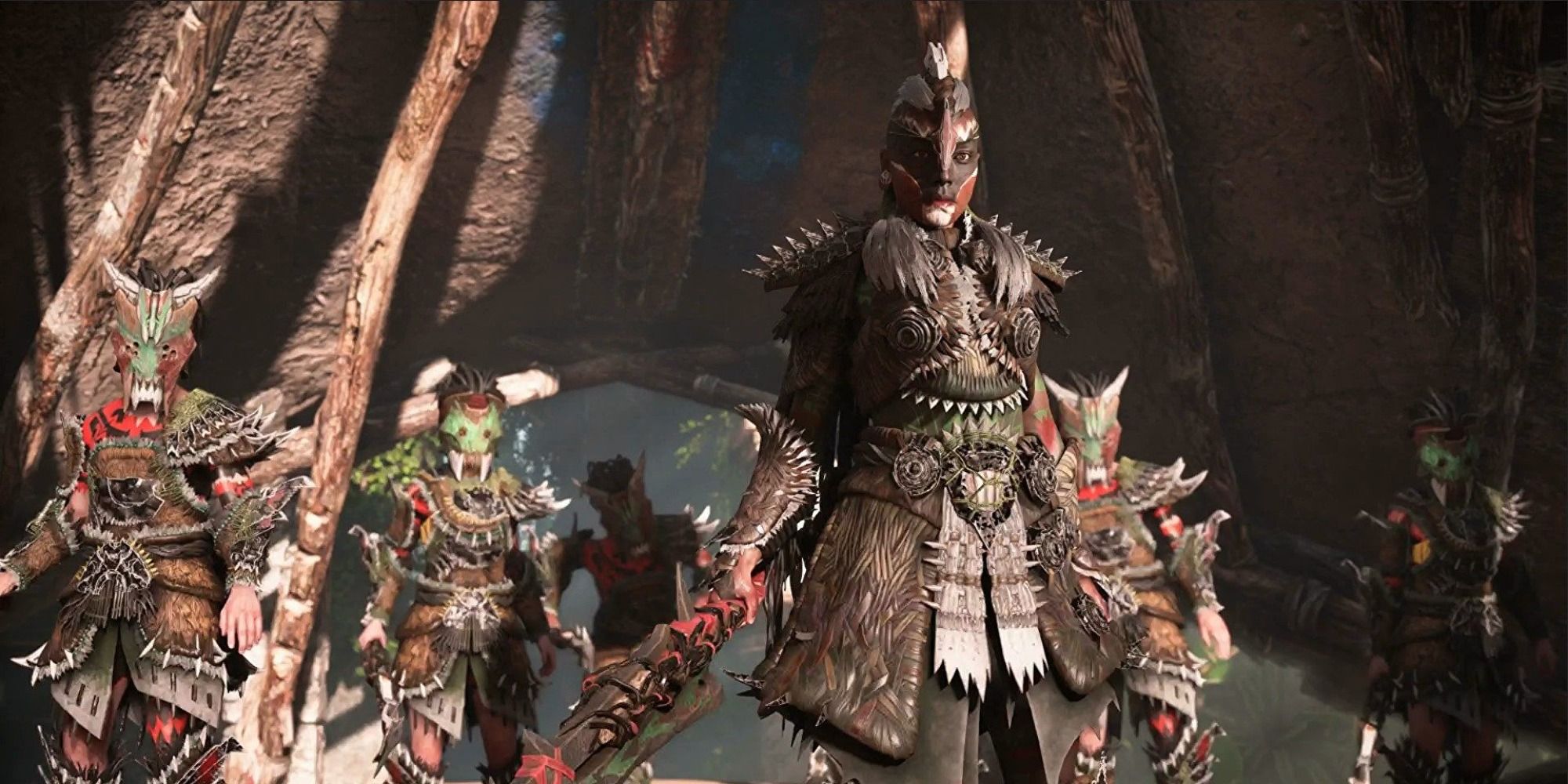 With Hekarros decisions came some hatred among the clan, specifically from Regalla, who wanted to keep the morale of the Lowland Clan alive. However, in doing so, she knowingly causes a considerable amount of hatred and death in her wake.

While that may seem like an evil alignment, the important aspect to note is that she fully believes she is doing the right thing. She is standing up to her morals and fighting for what she thinks is right, exactly like a Chaotic Neutral. 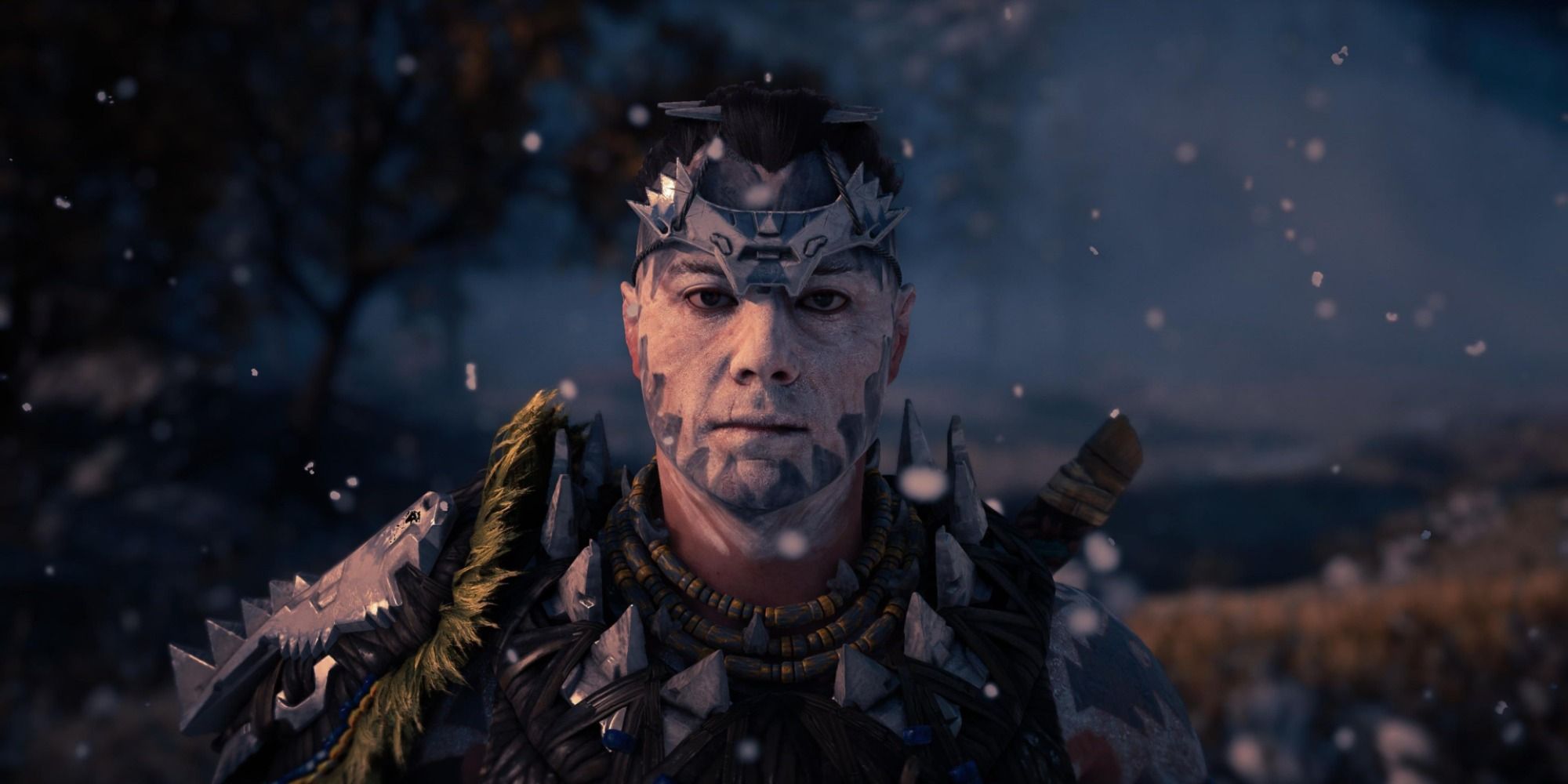 As the other leader of the three clans who are at war with each other, Kotallo is a particularly interesting character to meet. He is not filed by anger like the others, nor is he looking particularly for the kind of peace Hekarro wants. Rather he's looking out for his clan and searching for answers about himself at the same time.

Kotallo is the kind of person you can trust almost instantly and seems to be incredibly loyal, headstrong and a particularly powerful ally to have. 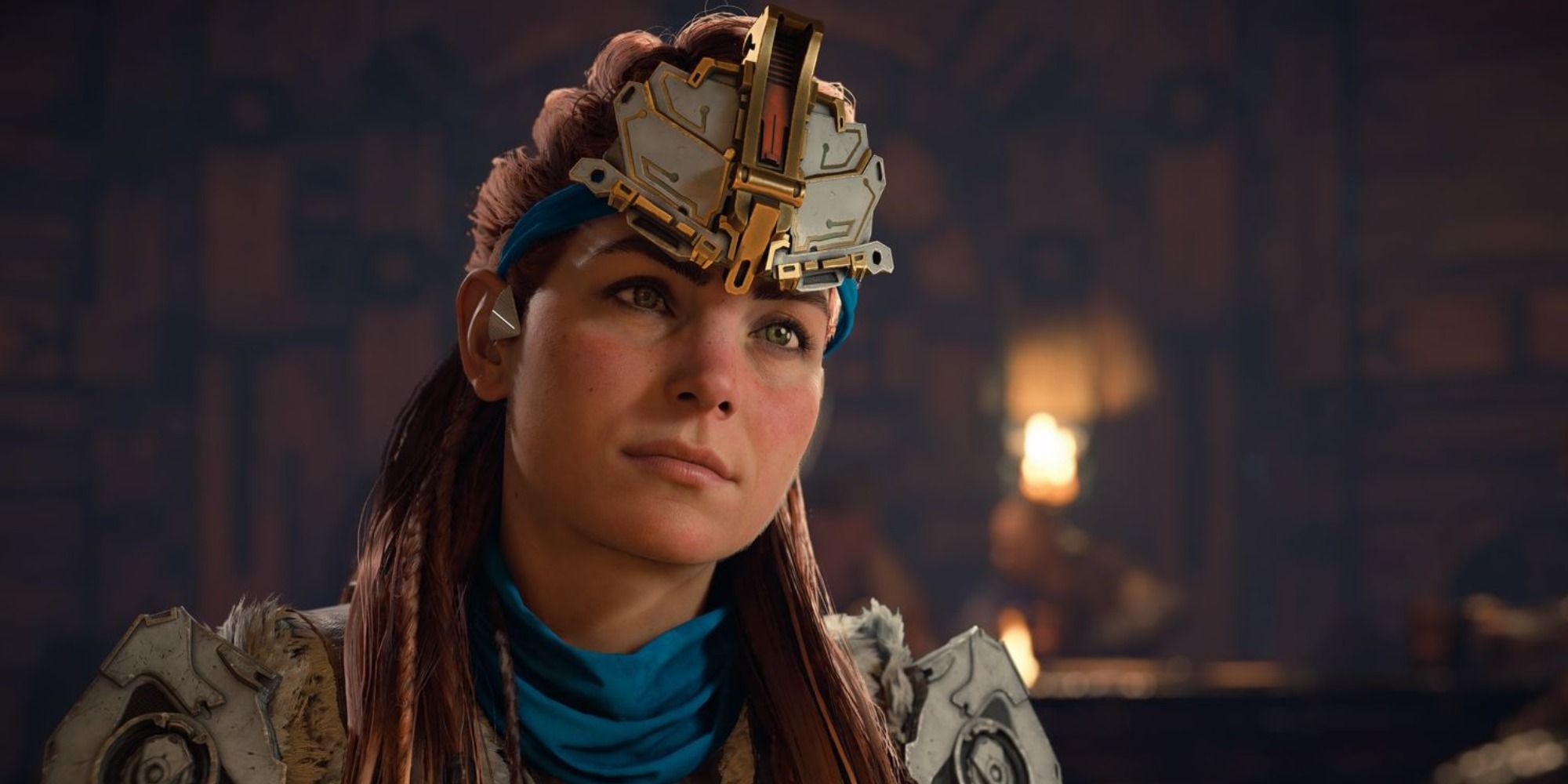 Despite the fact that many have known and followed Aloy throughout her journey within the two games, she is a challenging personality to pin into one label. However, one element goes undisputed: the chaotic aspect. She is undeniably chaotic and is incredibly headstrong, following what she wants to the very end, as seen in multiple storylines.

As for the good aspect, it would be wrong to label the protagonists as anything but good. She believes what she is doing is for the greater good and therefore fits perfectly.