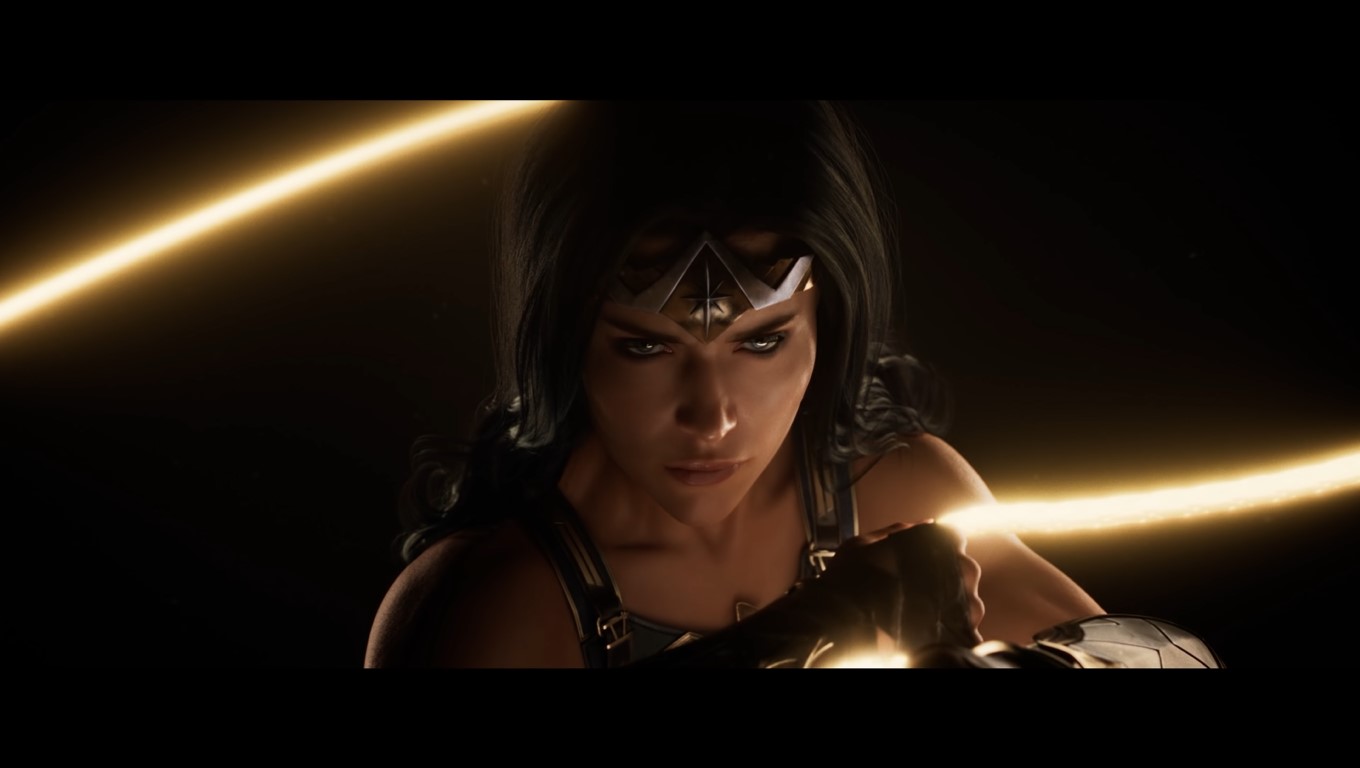 A reader is hopeful that the announcement of a Wonder Woman game means that Warner Bros. is finally starting to take its DC Comics games seriously.

I’m not going to pretend I stayed up all night to watch The Game Awards on Thursday/Friday. It all seemed to add up to almost four hours in total, which is just plain silly for anyone that’s got work in the morning. If it’s like before though it was probably just a horrible mix of adverts within adverts within adverts, so I’m very happy I was just able to skip to the good bits when I got up the next morning.

I’m especially glad I didn’t stay up as it wasn’t a particularly good selection of announcements. That’s probably more Covid’s fault than anything else, but nothing particularly grabbed me beyond Slitterhead and Star Wars: Eclipse (until I found out Quantic Dream were making it). As a DC Comics fan though by far the most exciting reveal, even though they didn’t actually show anything, was Wonder Woman.

As has been pointed out for years now, including on the Inbox, Wonder Woman is the perfect superhero to turn into a video game, since she has a variety of powers, does kill when necessary, and while her rogues’ gallery is not the best she’s always fighting gods and monsters from Greek mythology – so has a built-in range of cannon fodder enemies. If it wasn’t for the fact that… she’s a woman, they would’ve made a game of her years ago. But thankfully things are a bit more enlightened nowadays and we’re finally getting one.

Diana has always been one of my favourites as she’s a complex character that tries to spread peace and love and yet has a short temper and does not have Batman’s no-kill rule. She wants everyone to get on but she’s more than willing to knock heads if someone is stopping that from happening. She’s almost as strong and invulnerable as Superman but is a better trained fighter and has no special weaknesses, so arguably she’s more dangerous.

It’s not just the fact that a great character is finally getting their due (especially given the terrible way she was handled in Injustice) that excites me but that this hopefully means that Warner have acknowledged the complaints that all they ever do is make Batman games and are now looking to expand their range.

Admittedly, Wonder Woman was probably commissioned on the back of the success of the original movie, which was followed up by the bizarrely awful Wonder Woman 1984, but if that’s the logic then I would imagine there’s a very good chance they’ve also started work on an Aquaman game, since that made even more money (over a billion, I’m surprised to find out – apparently China really liked it).

It didn’t do as well, but perhaps there may also be a Shazam film on the way too, as that reviewed very well and has lots of obvious potential. Suicide Squad was probably greenlit based on the original movie, so I think it’s very likely that that’s the logic that Warner is using. Although, to be honest, I’m not impressed by anything I’ve seen of Rocksteady’s game so far. It looks really generic in terms of action and I am sick and tired of seeing ‘evil’ versions of the heroes instead of their proper incarnations.

That’s what I’m hoping for most for Wonder Woman. That they will portray her as a good and noble character, which since the film got that right is hopefully likely. Then they can do the same with Superman (watch the new show, that’s just started on BBC, to see how the character should act) and we can finally put to bed the idea that Superman is ‘boring’.

If these games are successes I hope they get the confidence to make games based on characters regardless of whether they’ve got a movie coming up or not. Green Lantern is long overdue a good game and Blue Beetle (who does have a film in development) would work very easily.

To be honest, I’m not sure how you’d portray Flash’s powers in a game but there are tons of other that would be very easy and interesting, including Atom, Green Arrow, Stargirl, the Teen Titans, John Constantine, Swamp Thing, Zatanna, Black Canary, Etrigan the Demon, Adam Strange, Deadman, and Metamorpho.

And before anyone says they’ve never heard of any of those, as if that’s a reason not to make them, just consider how many Marvel superheroes you’d heard of when they first got a movie. Heck, most people hadn’t even heard of Iron Man before the MCU started.

I’m probably being overly optimistic here, but I’m hoping that the Wonder Woman game means that Warner is finally willing to take advantage of everything that DC Comics has to offer and I’m really looking forward to seeing where we go from here.