The point of bullet hell in Wildcat Gun Machine is to overwhelm you. Though it starts out slow, there's a buildup to the point where you'll be in a room with enemies on all slides. You'll spend your encounters on the run while trying to avoid shots, and hazards, as well as just running into enemies.

This isn't the worst of it as at the end of these rooms filled with encounters, you'll need to face a boss. In each act, you'll need to fight two bosses to unlock the vault door, and this starts off with the hulking Meat Sack.

What Is Meat Sack? 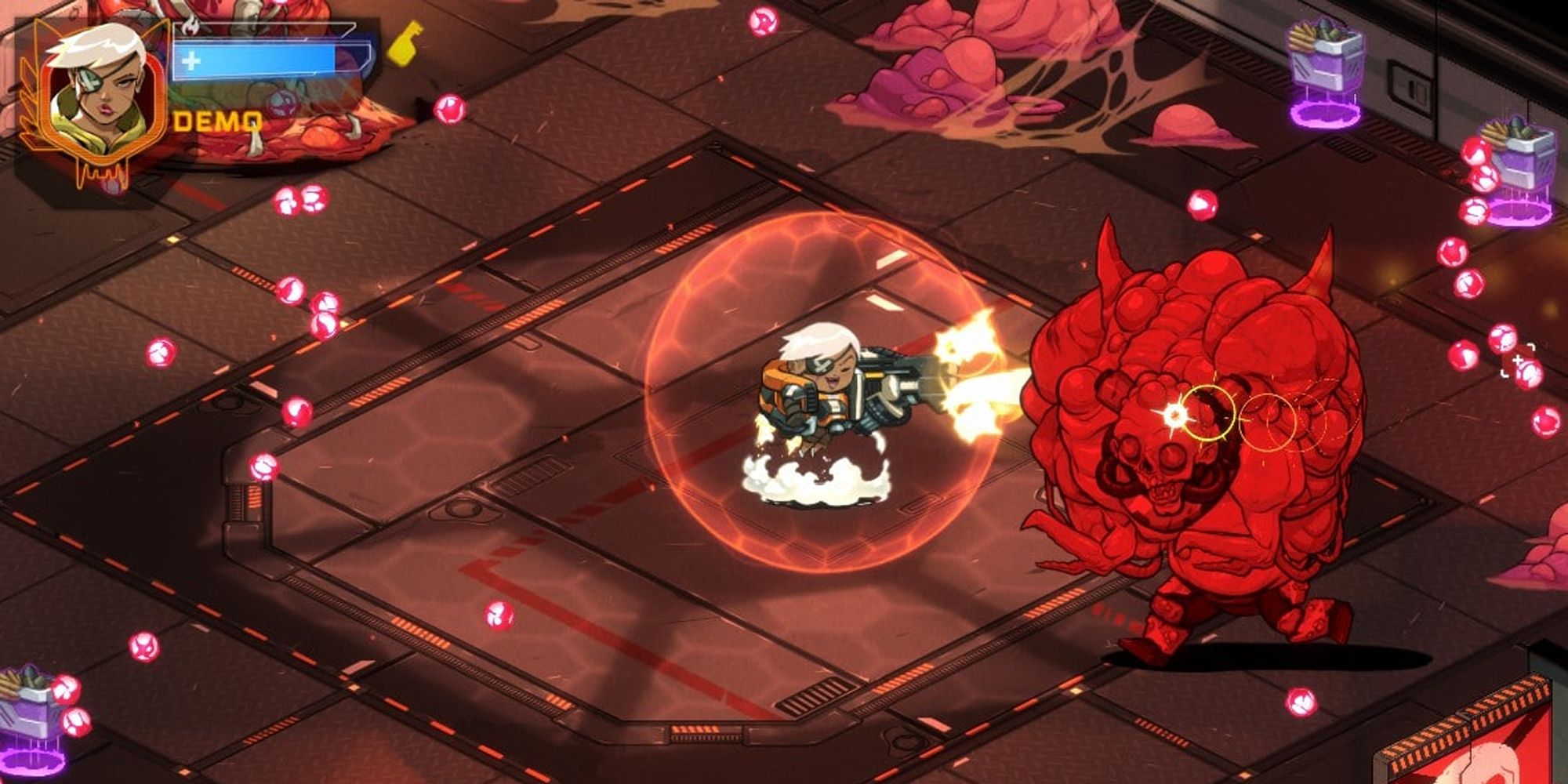 Each act has a theme and the theme of the first appears to be undead flesh. While roaming around, you'll encounter flaming skulls and fleshy ghoulish humanoids. These creatures will have weapons and armor grafted onto their body giving them different types of firepower and protection.

Your main advantage over them is your speed and mobility, which is something to remember when facing Meat Sack. It's a giant fleshy mass on two legs with small humanoid features poking out of its mass. It's the first boss you'll encounter in the first half of Act One. Beating it will unlock the Dash and Grenade abilities for you to use.

How To Beat Meat Sack 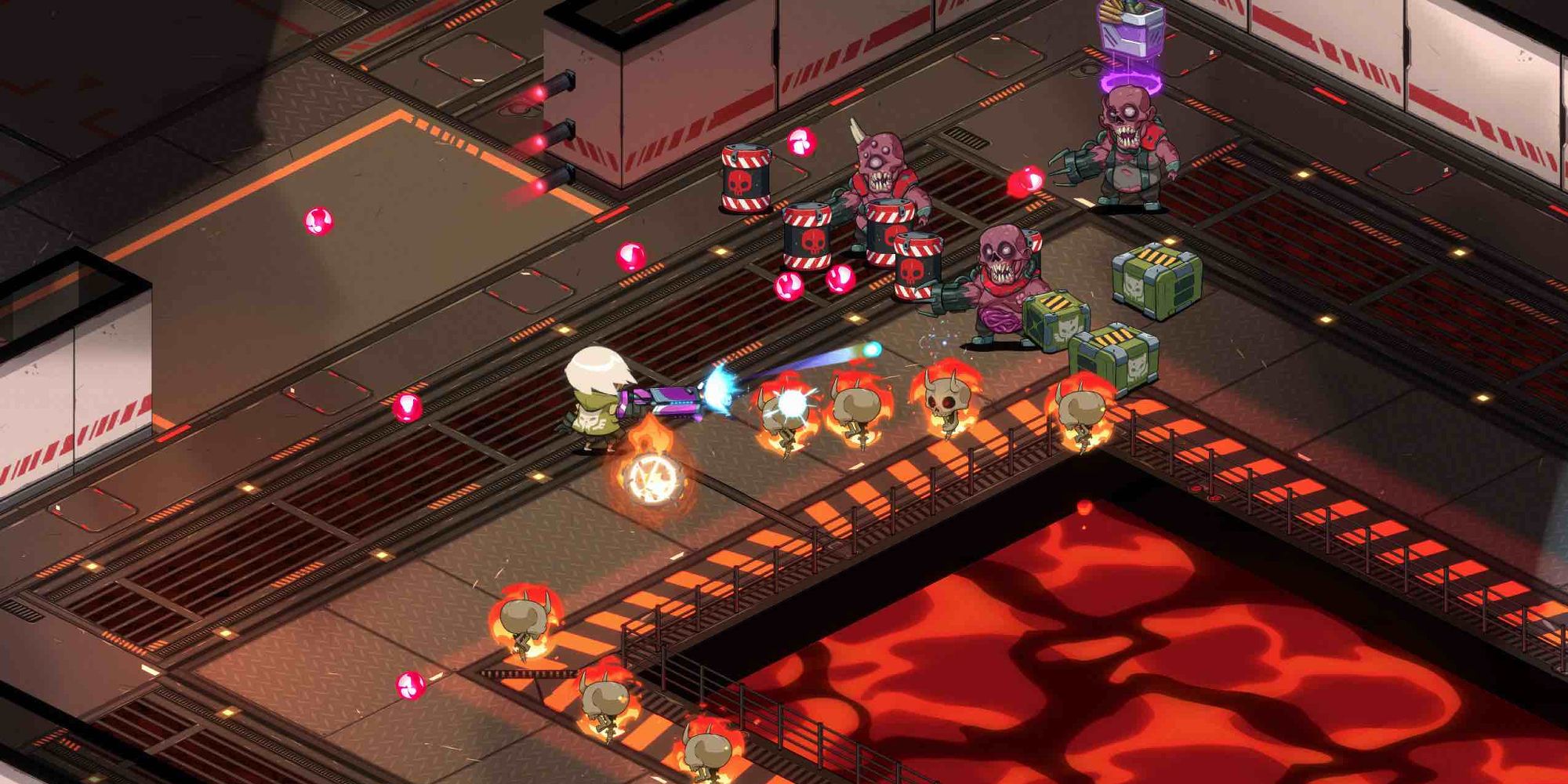 When you encounter the boss room, Meat Sack will appear in the center. The room is wide and fairly long with extra ammo lining the sides. As soon as the fight begins, Meat Sack will start attacking.

Despite how large and intimidating it looks, this beast is not particularly aggressive. In fact, it seems to take very little interest in you. It will move periodically from one point of the room to another in a seemingly random pattern. Take note that it will never actively pursue you, so simply move out of the way if it starts heading in your direction.

The biggest threat is the bullets. Meat Sack will start firing bullets in all directions and will never take a break to stop. Just like its movements, the bullets are fired in completely random patterns meant to cover the room as much as possible.

Thankfully, the bullets move very slowly which gives you plenty of time to move and weave in between them. To avoid getting overwhelmed, do your best to maintain a consistent distance from Meat Sack's position. 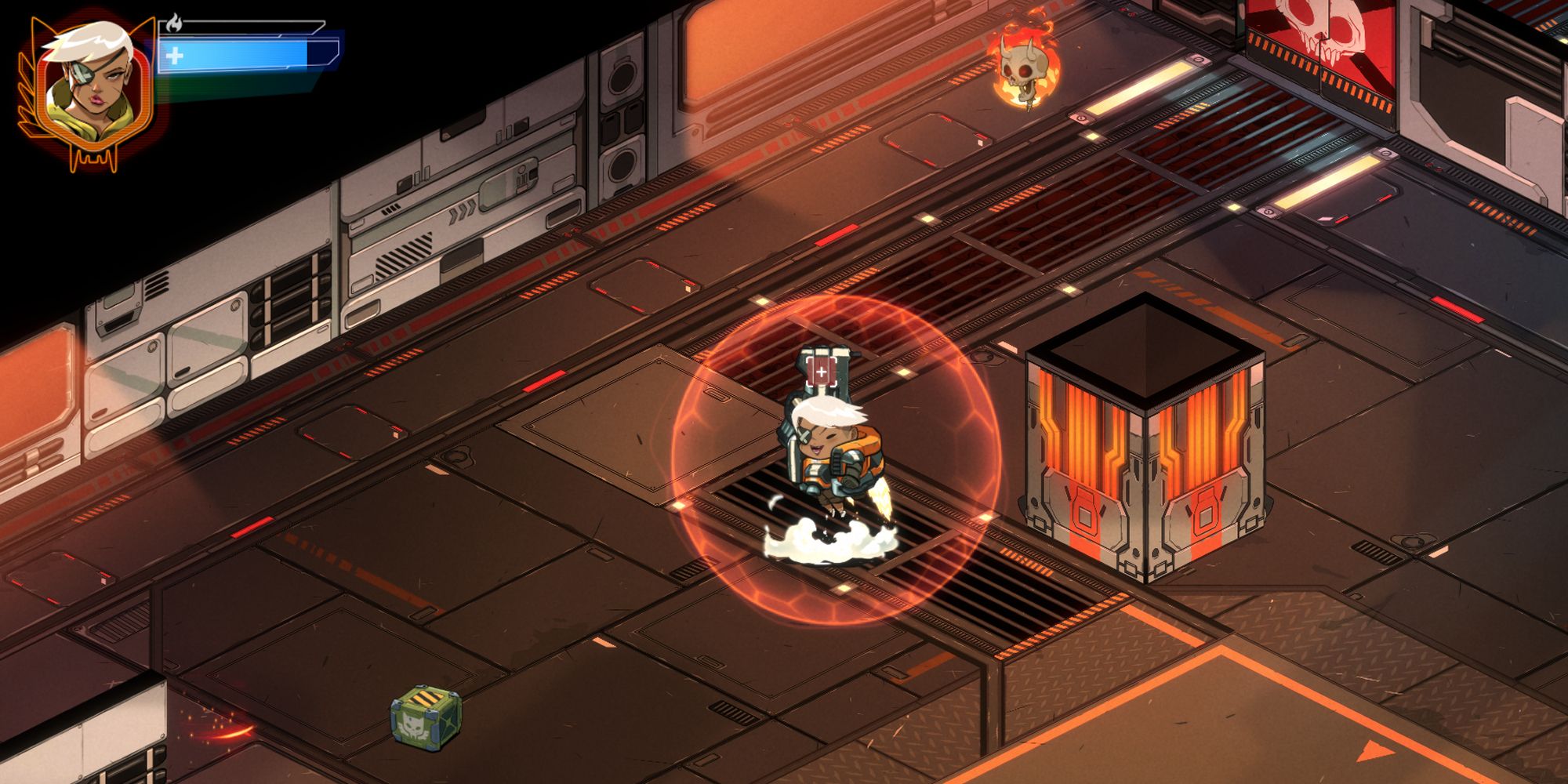 By this point, you should have access to several secondary weapons to strike back. Though they're all effective, it's recommended that you use the Twin Flux Cannon. Though it doesn't have the highest damage, its long-range and double-shot make it a great choice for landing hits on Meat Sack from offscreen.

Make sure you don't pick up any of the Ammo Refills until the ammo drops really low. They're limited so use them wisely. You should also save up the Gun Machine for this encounter as not only will it allow you to dish out a lot of damage, but it also makes you invulnerable so that you can move to clearer spaces if there are too many bullets to handle.