The microprocessor industry’s unfolding saga got a big plot twist a couple of weeks ago when Nvidia paid $40 billion to buy Arm, the world’s leading processor architecture.

That deal turned some heads, as it meant a proprietary parent company was taking over a business that openly licensed its architecture to all comers. Nvidia and Arm promised the ARM architecture would continue to be available for licensing, but you could see other players looking for a backup plan.

One of the alternatives is RISC-V, a rival architecture that is royalty-free and open. Though the architecture was created a decade ago by university professors, RISC-V has been building its ecosystem for years and has started to hit its stride with big licensees like Western Digital, SiFive, and even Nvidia itself.

Now the question is whether RISC-V will gain even more momentum, whether from China or from big tech platform owners like Intel or Qualcomm, who are both investors in SiFive. I talked with RISC-V International CEO Calista Redmond, who has over 20 years of management experience and is a veteran of open systems, about the company’s outlook.

Here’s an edited transcript of our interview. 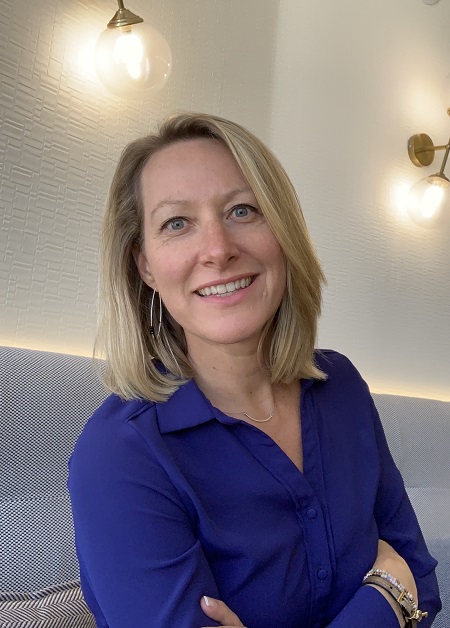 Above: Calista Redmond, CEO of the RISC-V International.

VentureBeat: Did you have a rush of people come to you and start conversations after the deal? Or was that already happening?

Calista Redmond: I haven’t noticed a specific new interest in RISC-V in the last week. But it’s been a very steady stream. We’ve had a lot of visibility over the last few years, especially coming through our global forum that we had on September 3. On the heels of that, it’s difficult to discern exactly where the interest is coming from. But we are noticing a deepening of our current members in their interest, including Nvidia. They’ve spoken publicly about their ongoing commitment to RISC-V. It’s not surprising, honestly. They’ve been great, open collaboration partners as long as I’ve worked with them, which dates back to OpenPOWER as well. They’re continuing that.

VentureBeat: I thought it was funny that they’re still supporting it.

Redmond: If you look at the models of many large organizations, it follows a very clear pattern. The large multinationals have entrenched or existing investments in the programs and products and things that they’re already doing. Sometimes it’s through relationships. Sometimes it’s through their own IP. Western Digital, Nvidia, Google, and others have leveraged RISC-V as part of their portfolio. Having that diversity has been something that’s grown over the last 10 years or so. We’ve seen that. It’s not just as a lever to weigh against other alternatives. It’s a genuine interest, whether it’s coming in at a microcontroller level or looking at RISC-V for their new workloads, where they don’t have existing investments already.

VentureBeat: Arm talks a lot about its ecosystem. I’m curious about whether you see the RISC-V as ready in the same way or whether it’s making a certain amount of progress to show that whatever you’re able to do on ARM, you’re able to do with RISC-V.

Redmond: It hasn’t always necessarily been an apples-to-apples comparison. ARM is very proficient in many workloads, but not across the full spectrum. Intel has had a relative share on parts of the ecosystem that have been entrenched for years, investing there. When we look at operating systems and some of those common areas, we’re continuing to see growth and investment in that. We haven’t seen any of that drop off. Our growth from our membership continues at a very significant clip. We’ve increased by more than 50% this year from where we landed at the end of 2019.

That ecosystem continues to be spread across many areas, including software, chip design, tools, foundries, and others that are all around the table. It’s not just the hyperscalers or the OEMs or any of those that are taking up a share of these things. It’s all stakeholders. We see a continued interest from universities and other types of organizations that are levering.

Today we have about 15 relationships that we’ve grown over the last year with other organizations. If you look at security, we have a great relationship with Global Platform in setting security standards. These are industrywide types of things. We also have relationships with others that are involved in the software space, the tools space, different geographic locations. There are lots of alliances that are working on some of the local agendas in various geographies as well. We’ve also seen institutes start popping up that are dedicated to RISC-V.

Overall, the trajectory of ecosystems is going well. I don’t think it’s at hyperspeed, because there’s real work that needs to get done. But there’s been a lot of learning across multiple architectures so far that’s accelerating the ecosystem growth for RISC-V. Luckily for us, RISC architecture is not something new. 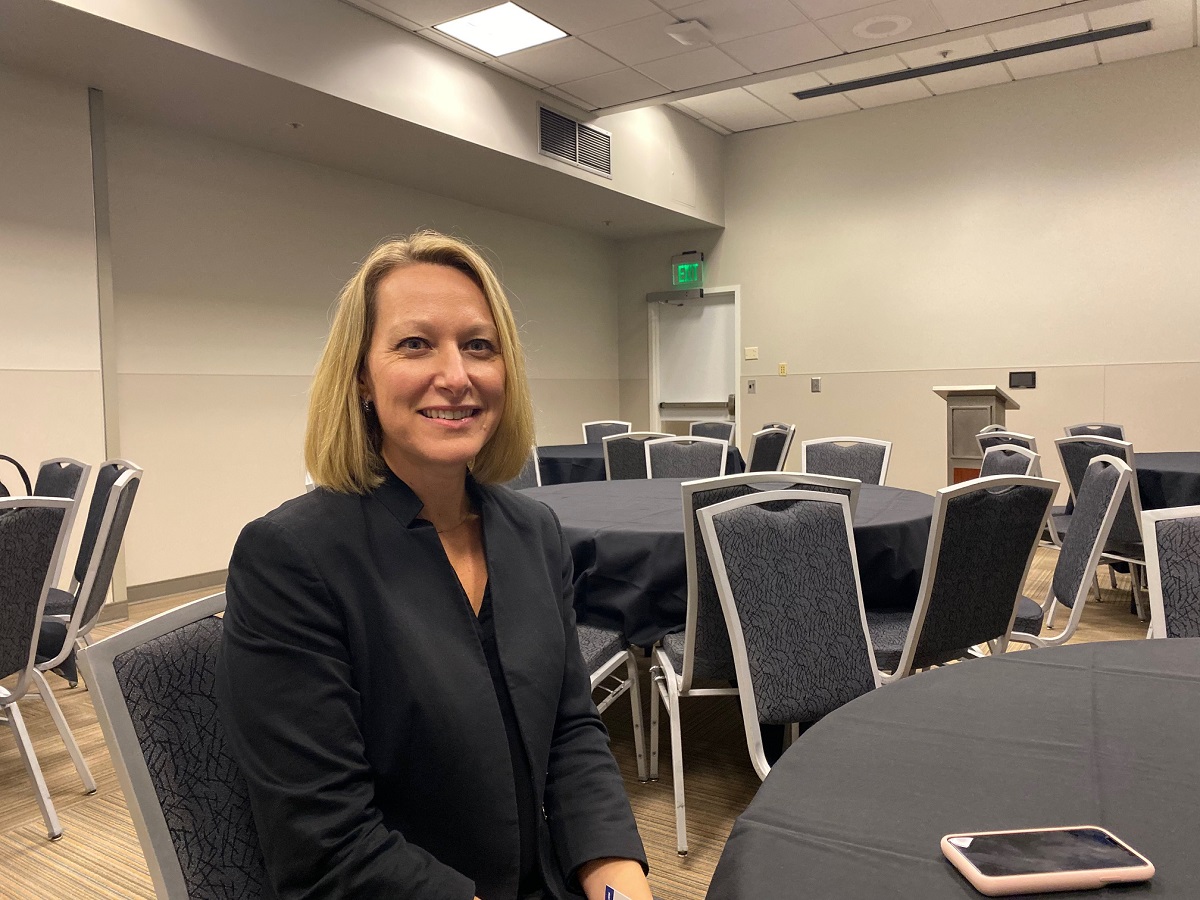 VentureBeat: Do you think that there will be any change in the perspective of companies here because the headquarters of Arm is going to change to the U.S.?

Redmond: From what I’ve read, the headquarters is anticipated to stay in the U.K., but the parent company is of course in the U.S. How the geopolitical winds blow, I think it’s a little early to tell. There are a lot of regulatory hurdles to overcome for that transaction. My understanding is it could be 12 to 18 months. I think folks are not rushing to any conclusions on that yet.

Whether the home base changes from one country to another, it doesn’t matter to RISC-V. RISC-V doesn’t have a geography or entity with a hold on it. As an open source organization, that’s how the licenses work. That’s something that’s been understood in the export control world for a long time. It’s also something that many regions or nations look at as an investment that won’t have a barrier thrown up later.

If you look at the European Union, the EPI initiative has designated RISC-V as a key piece of technology for acceleration in AI, simply because that allows them to build on top of that for regional independence, some of that sovereignty that’s sought when it comes to technology. If your base building blocks, you can be assured, are free and open, then you can locally develop whatever you like, whatever works for your implementation, the boundaries you’re working in. It’s our belief that no single entity, whether it’s a country or a company, should control the technology.

VentureBeat: I know Nvidia was very excited about taking Arm into the datacenter and into AI, more on the high end. Do you also have a lot of projects that are on that high end?

Redmond: RISC-V started off with a lot of embedded applications. We saw a lot of growth coming out of that new frontier, whether it’s IoT or embedded or industrial. Some of the new applications, where new investment was welcome, or new ways of thinking, new architectures — as the collective experience of the industry has grown, we see this moving very quickly into scale-up. You look at Alibaba Cloud, which is leveraging and has road maps around RISC-V. You look at the European Processor Initiative. That’s all about scale-up, and HPC. You look at some of the other announcements that members have made around the PC, like SiFive. You see members growing in onboard across mobile. We’ve just grown our board of directors from seven to 16. We have a great diversity of interest there, both geographically as well as industry, other stakeholders.

VentureBeat: I noticed that Nvidia didn’t buy the internet of things part of Arm. I don’t know if that seems significant to you at all as far as competition goes.

Redmond: I haven’t dug as deeply into the pieces and parts, looking at that. I spent a long time doing acquisition and divestitures, and I know that it’s important to look at your portfolio as you embark on any type of acquisition or partnership or divestiture and understand the implications there. As they looked at their portfolio and the Arm portfolio — I certainly would not be in a place to speak for them about what fit or didn’t fit. But every company is looking at the strategic outcomes they’re going for, and not a near-term quick flip. If one plus one doesn’t equal more than three, there’s probably no point in going through the acquisition. 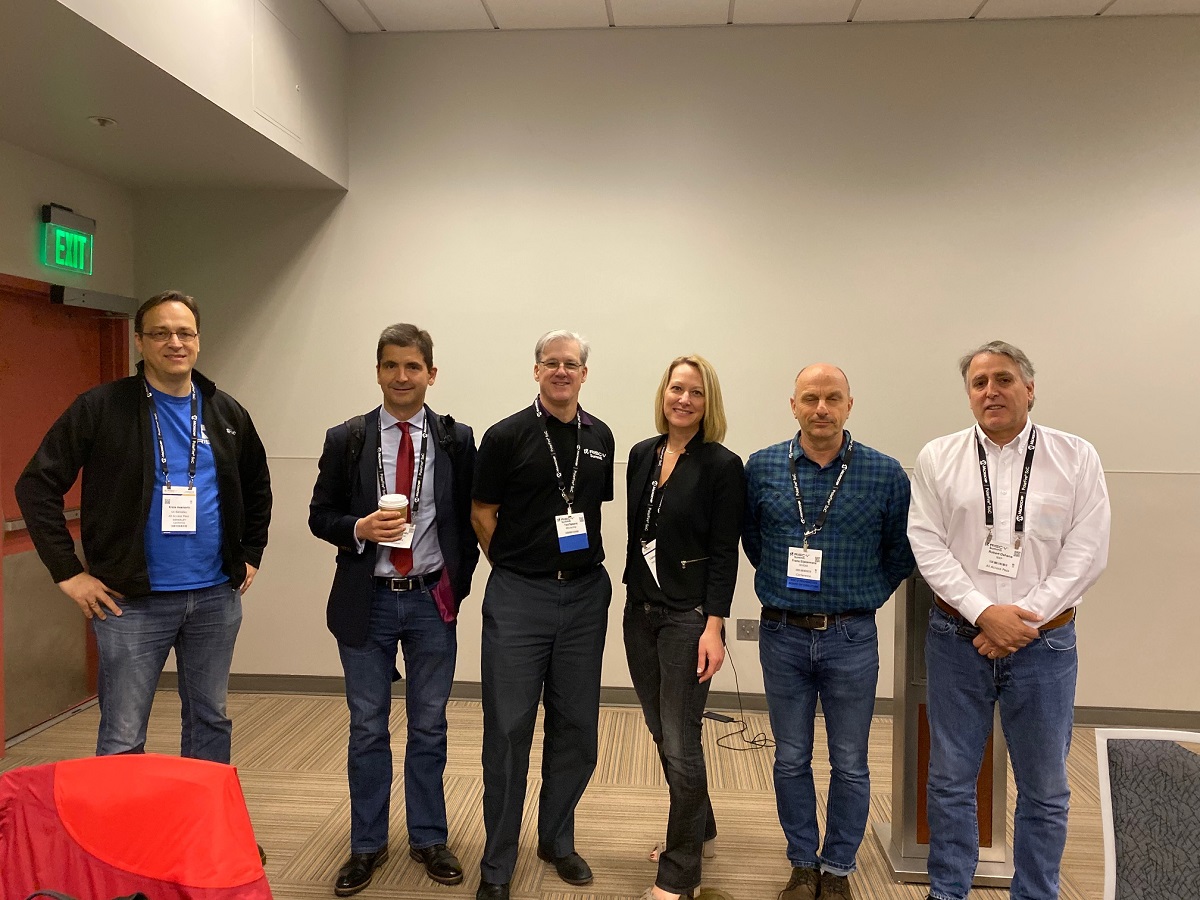 VentureBeat: Do you also get any specific feedback on RISC-V companies in China and what they’re thinking?

The sentiment I’ve heard specific to any proposed acquisition — it is a proposed acquisition at this point. It’s not a done deal. But it’s been more of a wait-and-see. There’s a lot of noise in the system right now, but I don’t think anyone is making a quick move if they have a strong investment already in place.

VentureBeat: What about on the MIPS side? Has anything there caught your attention? I know they’re in their own strange transactions right now.

Redmond: They are going through some things, and it’s very similar to the Arm story. Many of our members have investments in multiple places. Looking for synergy across architectures is where our interest lies. We understand and appreciate that there are a lot of great minds working on each of these. When it comes to how transactions are going to play out, we haven’t seen a need to take any specific actions on any of it.

VentureBeat: I saw that Intel and Qualcomm were investors in SiFive. Some of that seems clear, what their motives might be. Do you also see any of that happening on a larger level?

Redmond: There’s a growing understanding that having multiple architectures is a smart investment. You don’t want to have all the eggs in one basket. It depends on what you’re doing. If you want to go into a particular space, you have some assets that can help take you there, and you need to fill in the blanks with something from a different architecture, that’s a smart move. I don’t have information specific to the Intel/SiFive relationship or the Qualcomm relationship there. I know that Qualcomm has been a great investor in RISC-V, holds a seat on the board and everything. We continue to see a lot of activity from our partners there, as well as from SiFive, and we continue to see that spilling into additional areas for growth. 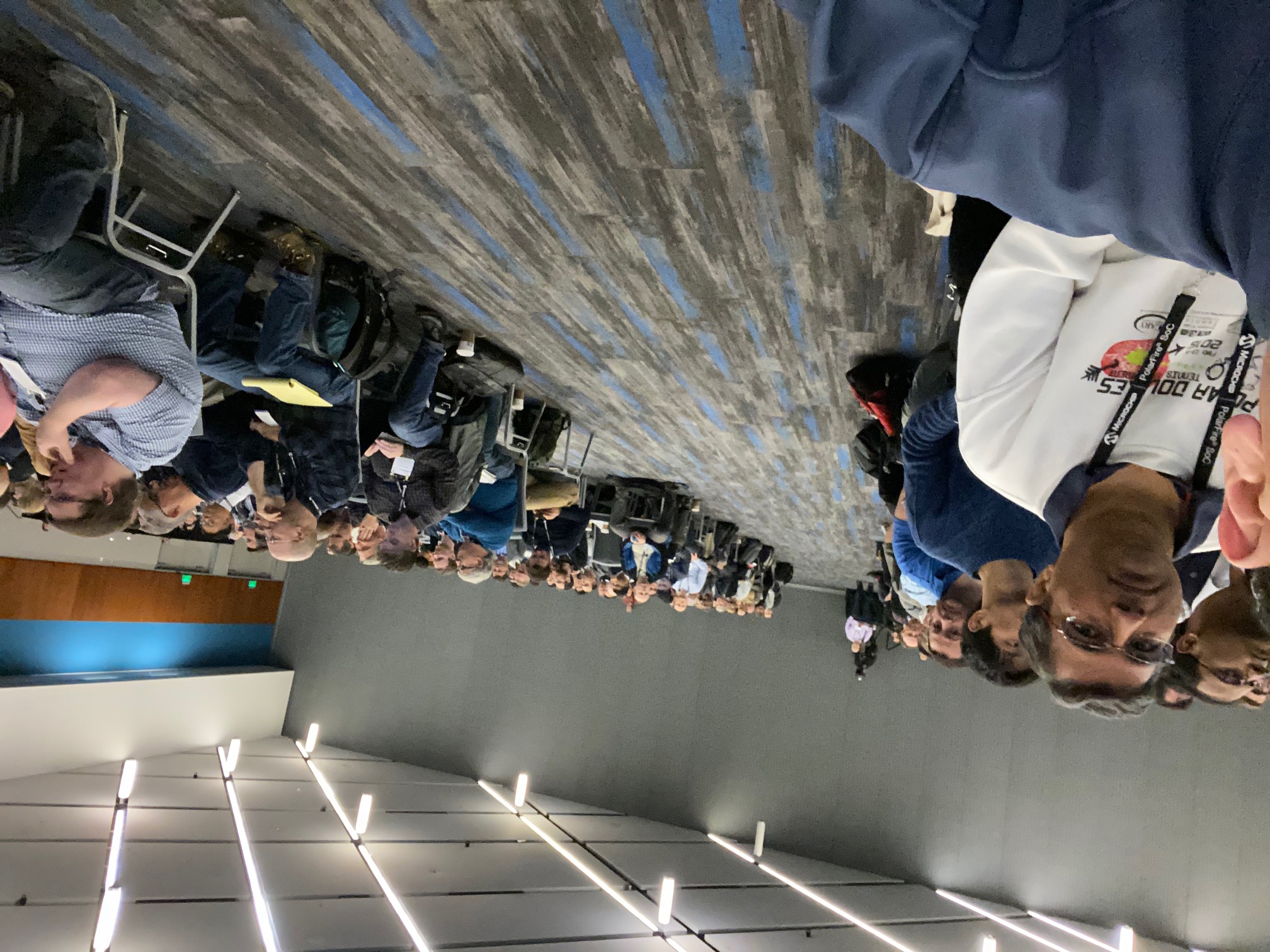 VentureBeat: Has RISC-V dealt pretty well with anybody forking or trying to fork the architecture?

Redmond: Not at the ISA level. There’s a temptation to go build something if you don’t already have it readily available. It may be a short-term solution for experimentation. But we haven’t seen that at a production level. We do engage quite a few folks to work with those base building blocks, to make sure we’re on the same path and stay there together. We have 43 different workgroups right now, working on all kinds of extensions to the base ISA. But we’ve had no signs of a fork of the ISA itself.

VentureBeat: Anything else on your mind that’s timely today?

Redmond: I anticipate that between now and the end of the year, we’re going to have more insight into how the landscape is going to come together. We’re excited about our early December summit. We’re going to have a lot more news to share there about the progress of not only RISC-V International, but also to help amplify the progress our members are making. Right now we’re nearly complete on some of our compliance tests. We’re moving ahead in fast-forward on many of these other workgroups. We see a lot going on there.