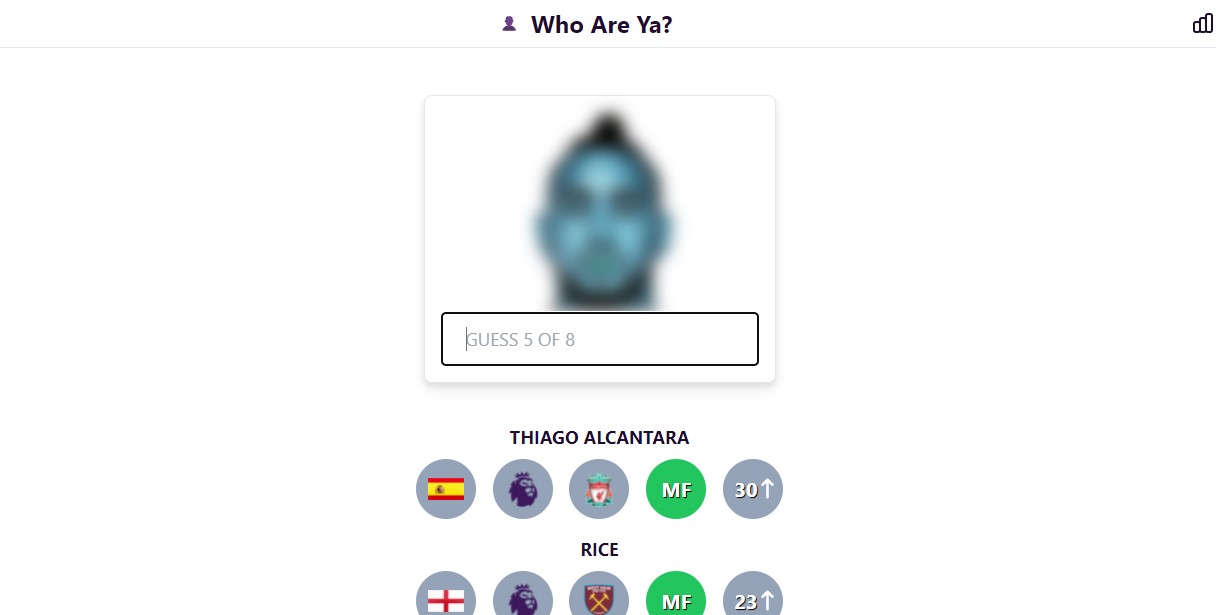 For as long as Wordle stays popular there’s going to be an endless line of clones and wannabes trying to take its place, and we’ve already had ones based on everything from The Lord Of The Rings to Disney.

There’s other variants on the same idea based on geography and maths but relatively few on real world concepts like sport. Which makes Who Are Ya? all the more welcome because it’s a really clever way to make guessing a footballer work withing the Wordle formula.

It’s not exactly the same game but it uses many of the same basic concepts, and all you need to play is an encyclopaedic knowledge of European football.

How do you play Wordle football game Who Are Ya?

To play Who Are Ya? for free just click here for the official website. There are some ads at the bottom of the page but other than that it works just like Wordle, except that instead of trying to guess a word you’re trying to work out a footballer’s name.

You’ve got eight chances, instead of six, and the only clue at first is a blurred photo at the top of the page. Although it’s not really that helpful as the weird colours used are purposefully deceptive.

If you don’t get it right on your first try, which is not likely, then you get five clues as the player’s nationality, the league they play in, their club, their position, and their age.

Just as with Wordle, if you get one of the five categorise right then it’ll be highlighted in green, which should help to narrow things down. You also don’t have to worry about spelling as that’s handled for you.

The player could be anyone from the Premier League, Italy’s Serie A, Spain’s La Liga, France’s Ligue 1, or the German Bundesliga. To make thing slightly easier though it’s always a recent player, that has played at least one game in the 2021-2022 season.

Clearly the same game could easily be modified to tackle any sport, or anything from movie stars to influencers, and it’s very likely it will be, as creators Missing 11 are already looking at setting up a subscription service for the future.