Spotted by Thurrott, you can search for a game via Bing search and it will now show a separate banner in the search results that has a “Play” button next to the game listing (as long as it's available of course). Clicking on it takes you to the Xbox Store listing for the game from where players can launch it. However, players will need to be logged in to their Microsoft account and have an Xbox Game Pass Ultimate Subscription.

According to a user’s post on Thurrott’s forums, this integration has been around since June but has only come to light now. Its tests also showed that it supports both Microsoft Edge and Google Chrome browsers. However, it seems that this is only available in select locations for now. When trying it from India, your writer found no such integration active while using Bing. This is because Xbox Cloud Gaming is only available in 28 countries so far, and mine isn’t one of them. 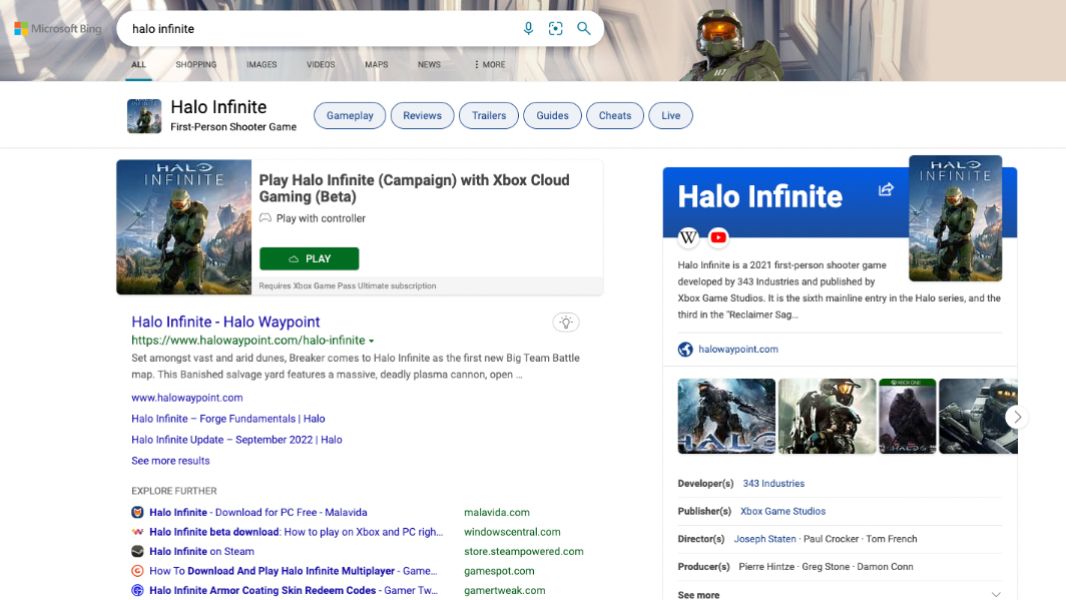 In other news, the cloud gaming market is currently under the spotlight thanks to the exit of a major player in the form of Google Stadia. The decision to pull out was not surprising, however, considering its low user numbers. But the shutdown has left players scrambling to salvage years of their game saves that now hang by a thread as they plead with game developers to help them migrate it all to a different platform. Thankfully, some developers are already working towards this and will hopefully have a solution soon.

Despite the exit of Stadia, a recent report suggested that overall sentiment about cloud gaming remains positive. One of the reasons behind this is Google’s decision to refund all Stadia customers. It also projected that the industry is set to grow further and is predicted to generate around $8.5 billion by 2025.