The Second Wave of additional content for Xenoblade Chronicles 3 has finally arrived, bringing with it a new Hero and Class and Challenge Battles, which allow you to earn new outfits for each of the prominent Ouroboros members and a unique currency that will enable you to purchase powerful items or unlock Classes.

While only two additional questlines are added, they are rather substantial and offer lots for you to see and do in Aionios. Whether you're looking to obtain the new character, the swimsuits, or fight waves and waves of enemies, there's a little bit of something here for everyone. So, let's dive into how to access and obtain everything the Second Wave offers. 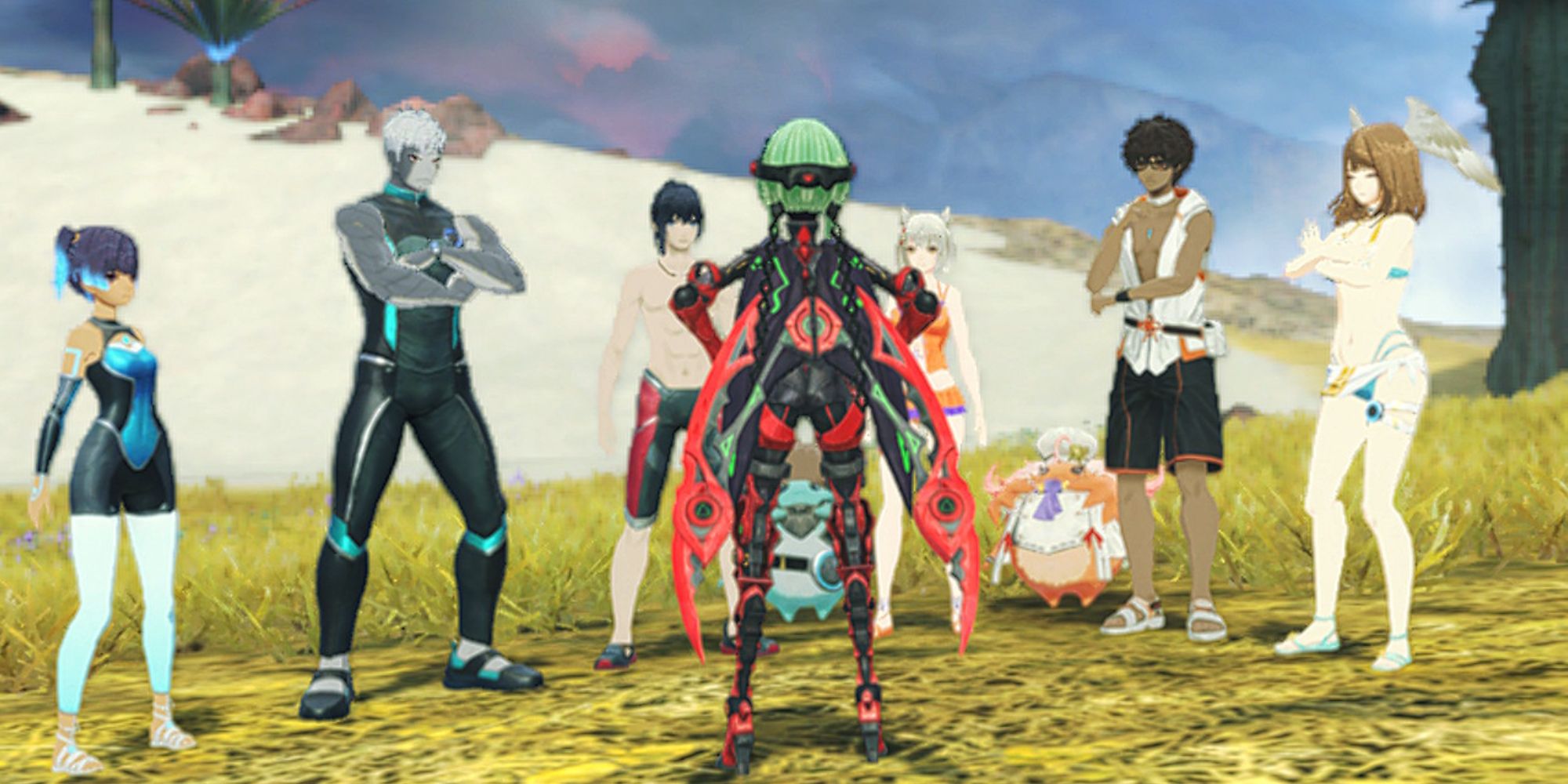 Xenoblade Chronicles 3's Expansion Pass will have a total of Four Waves and is currently on the Second Wave, which just released this month. The Second Wave of content includes a new Hero and Class, along with Challenge Battles, allowing you to unlock and obtain unique items. To find out how to access the Second Wave, head to the section below! 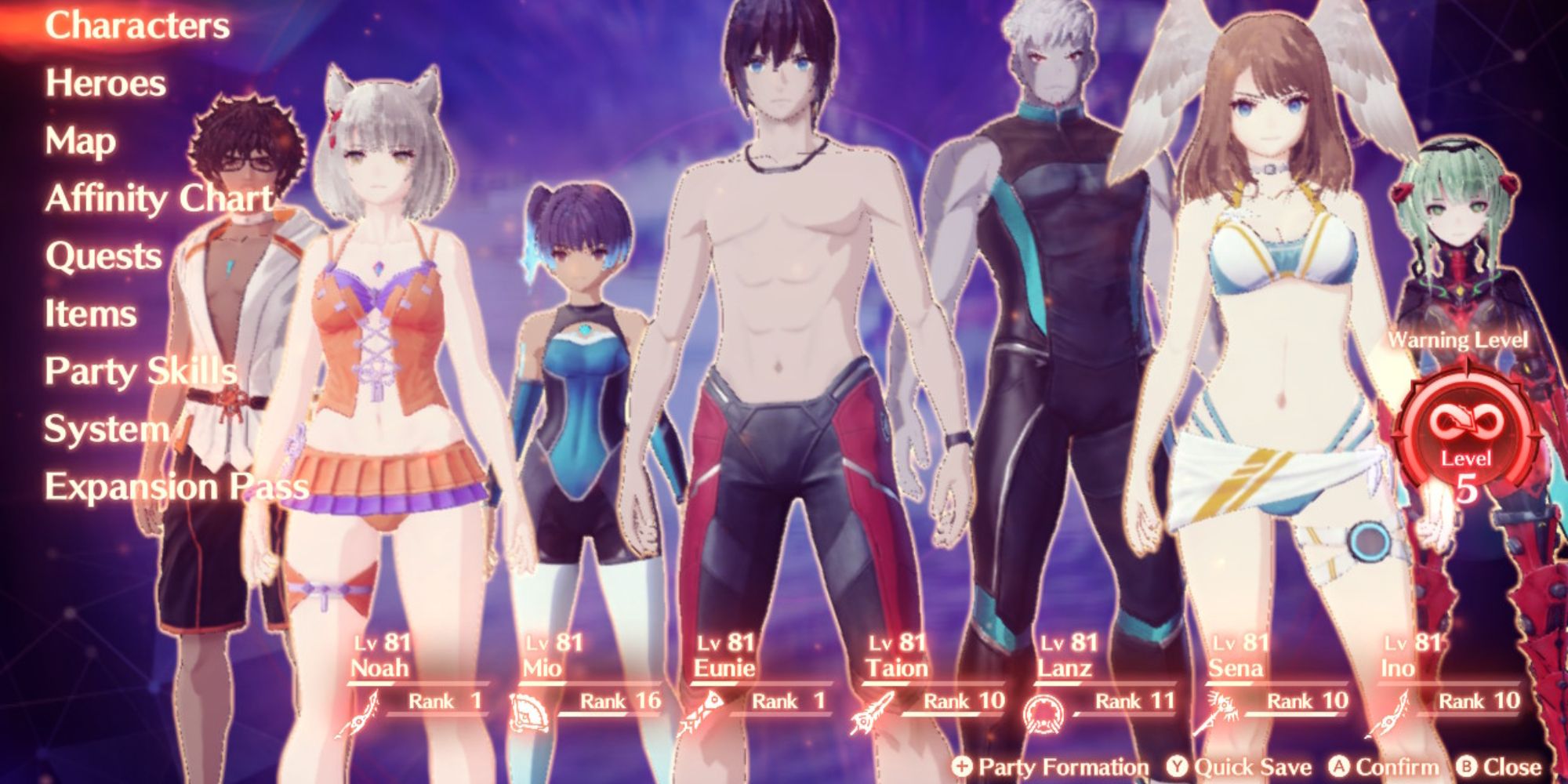 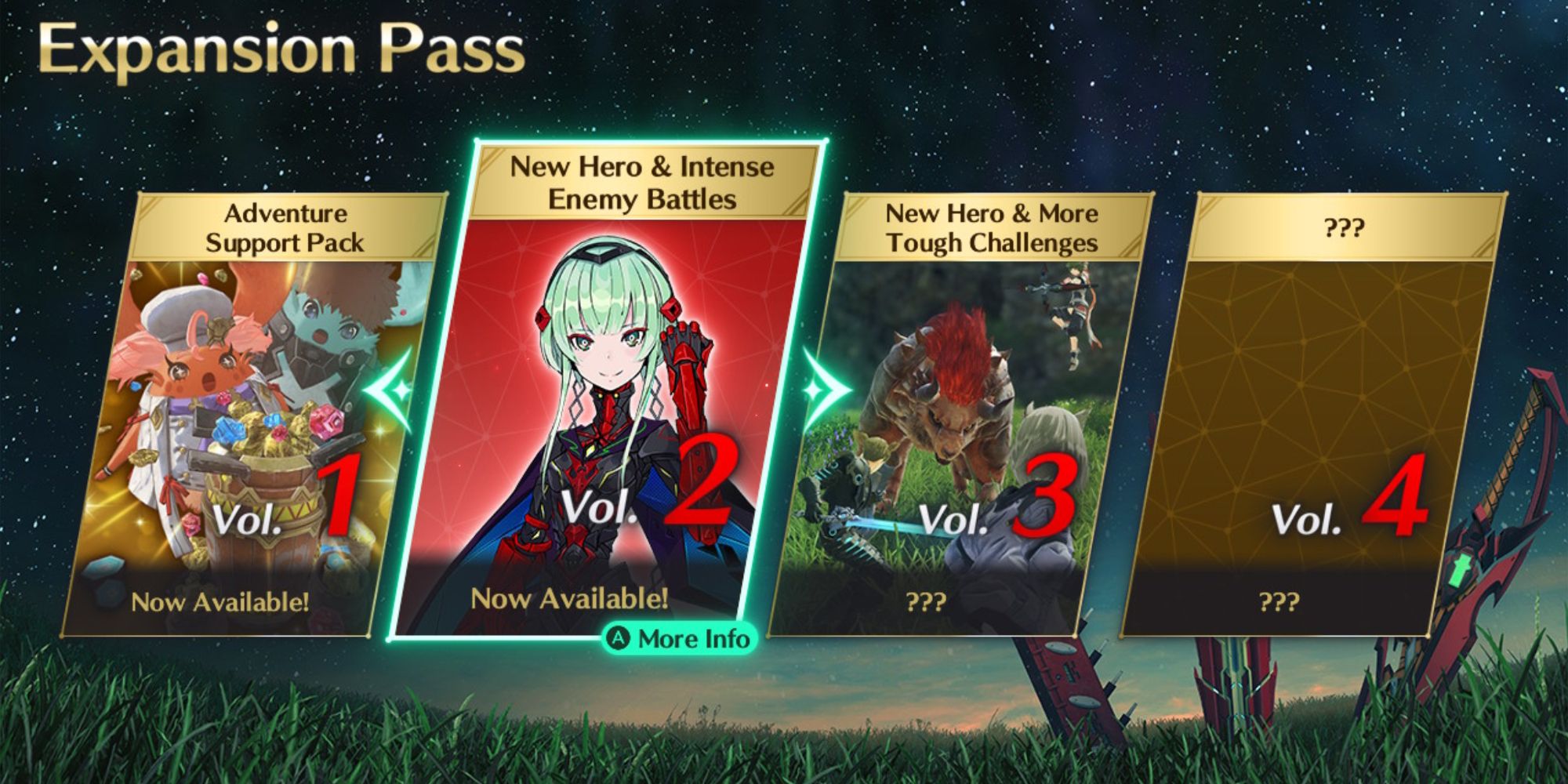 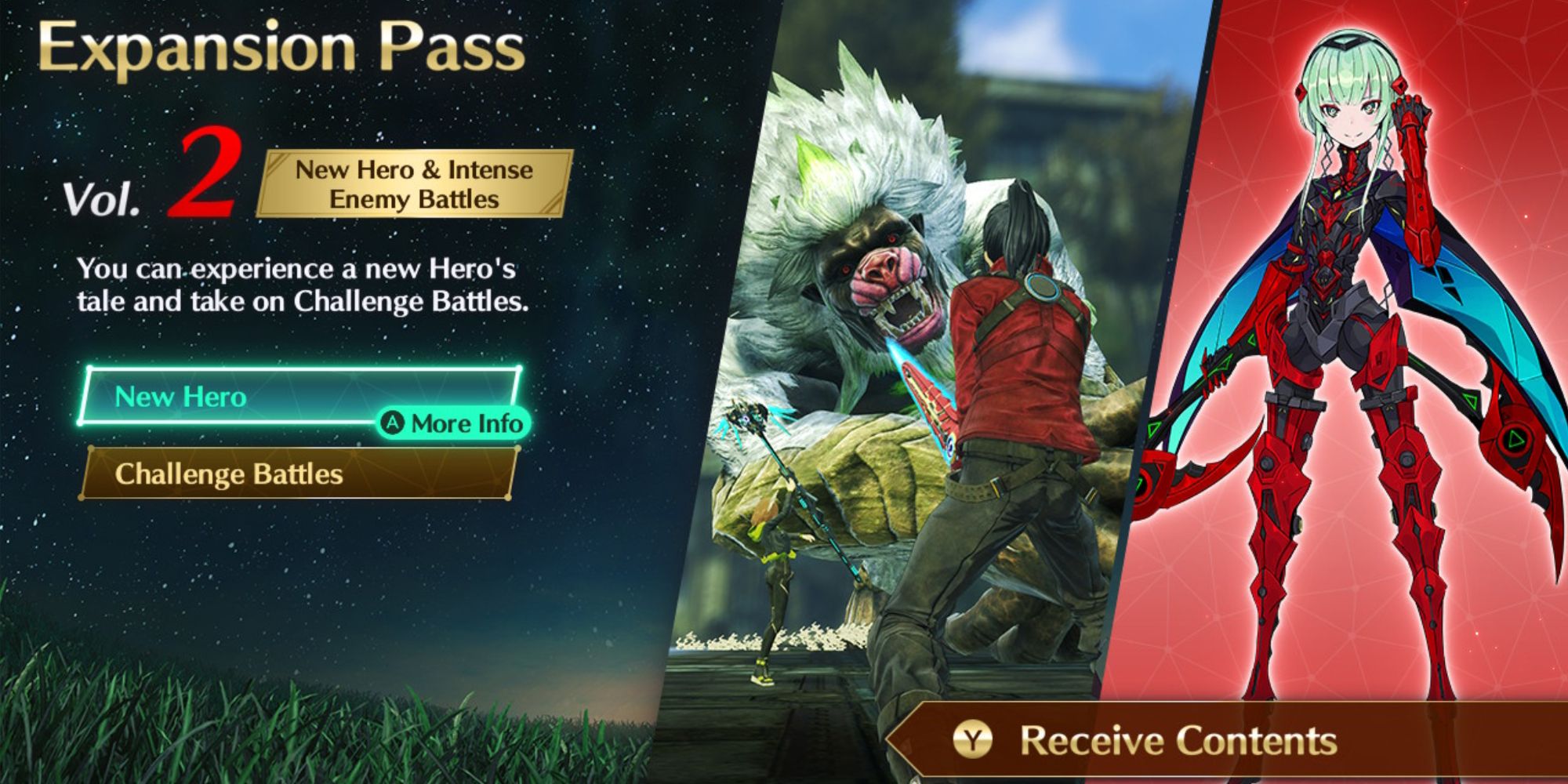 To access the content of Wave 2, you will need to launch Xenoblade Chronicles 3 and then load your save file. Once loaded in, do the following steps:

After doing this, you should have two new quests in your Quest Menu. These quests are named "Champion of the Nopon" and "Challenge Battles!" They will also have a small golden gift box next to them, signifying that they are part of the Expansion Pass. You can find out more about each in the sections below!

Champion Of The Nopon 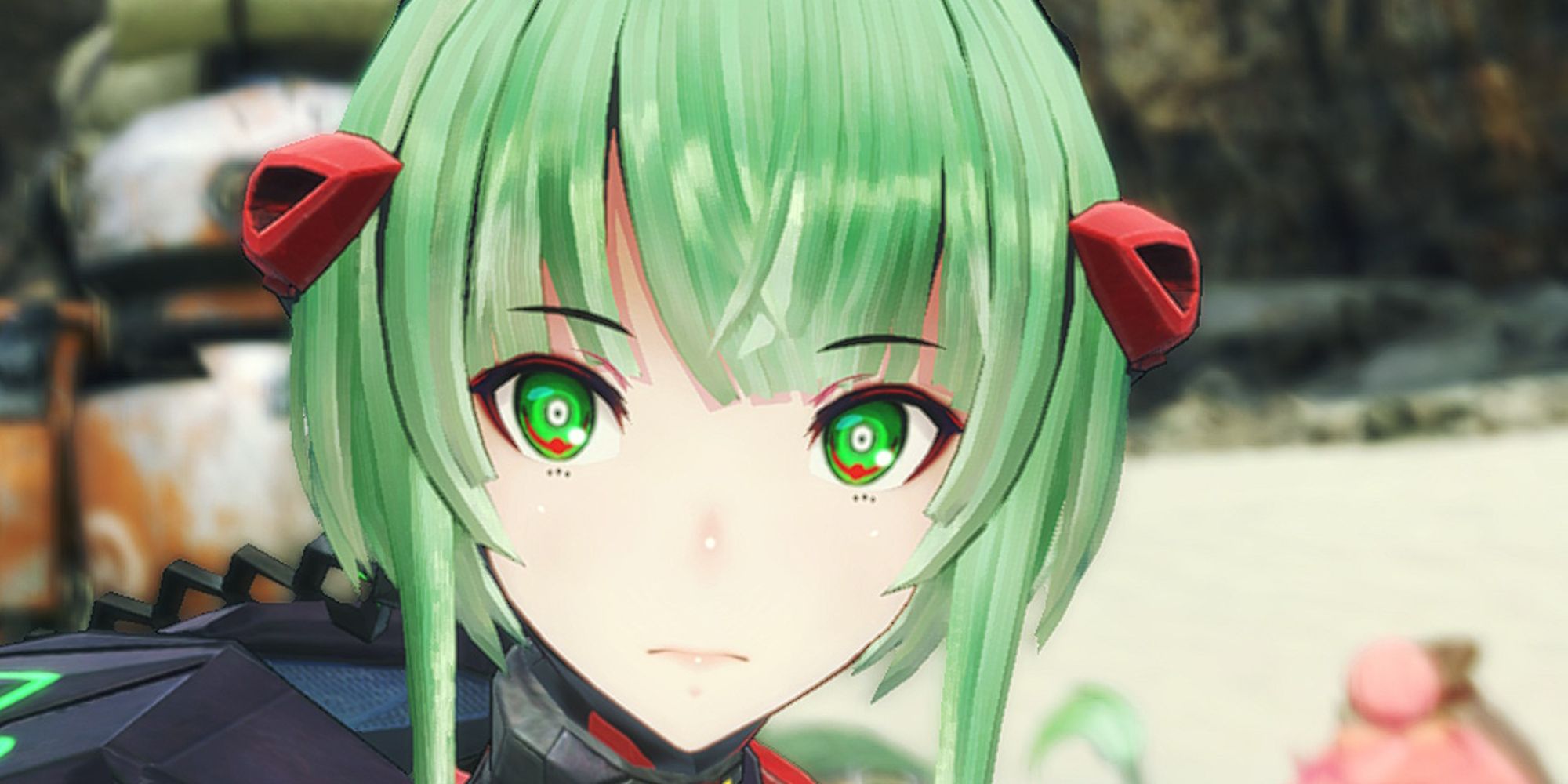 Before we get into starting Ino's Hero Quest in Xenoblade Chronicles 3, there are a few requirements you will need to meet before doing so, which we will cover below.

Champion of the Nopon Walkthrough 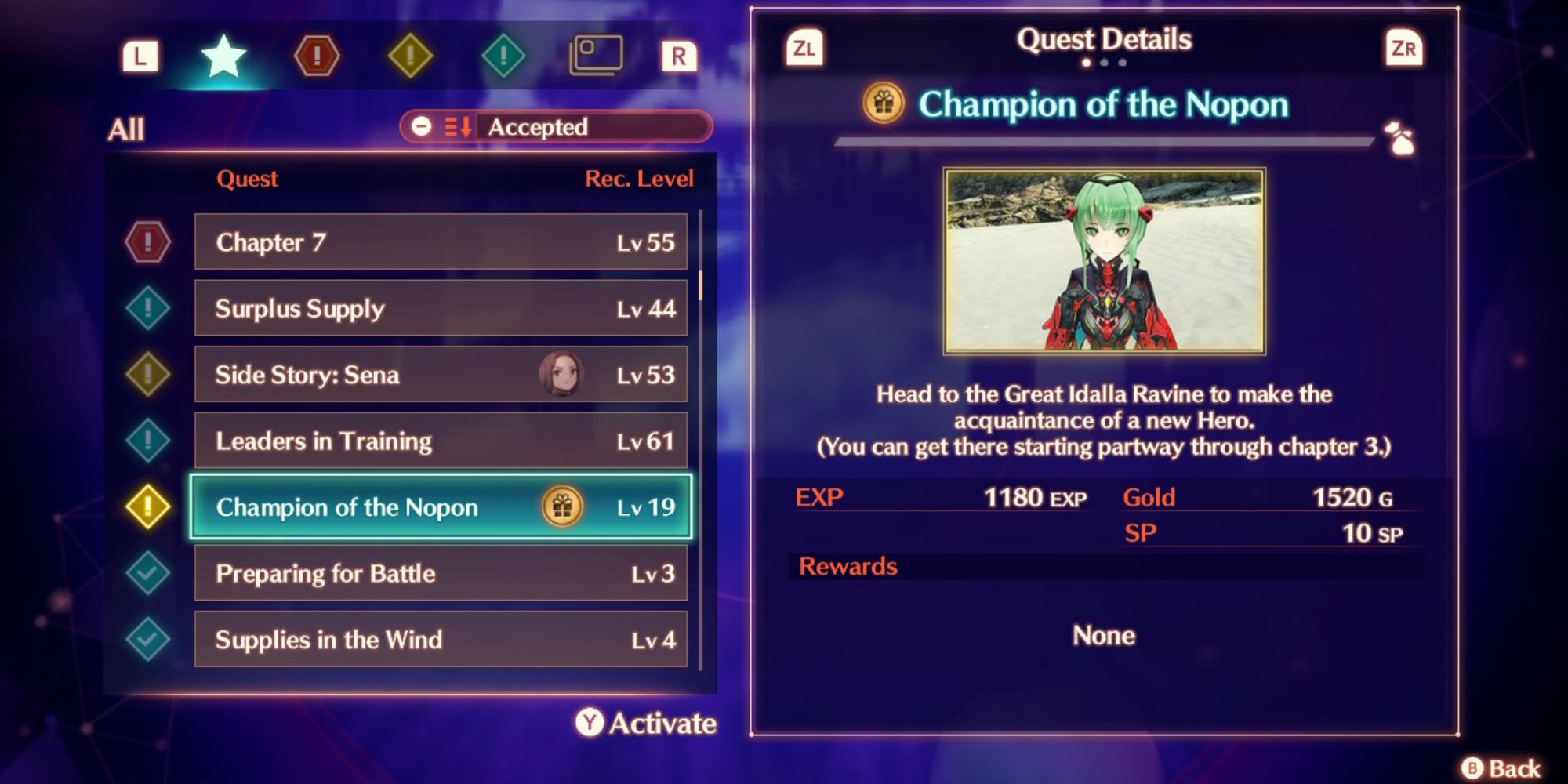 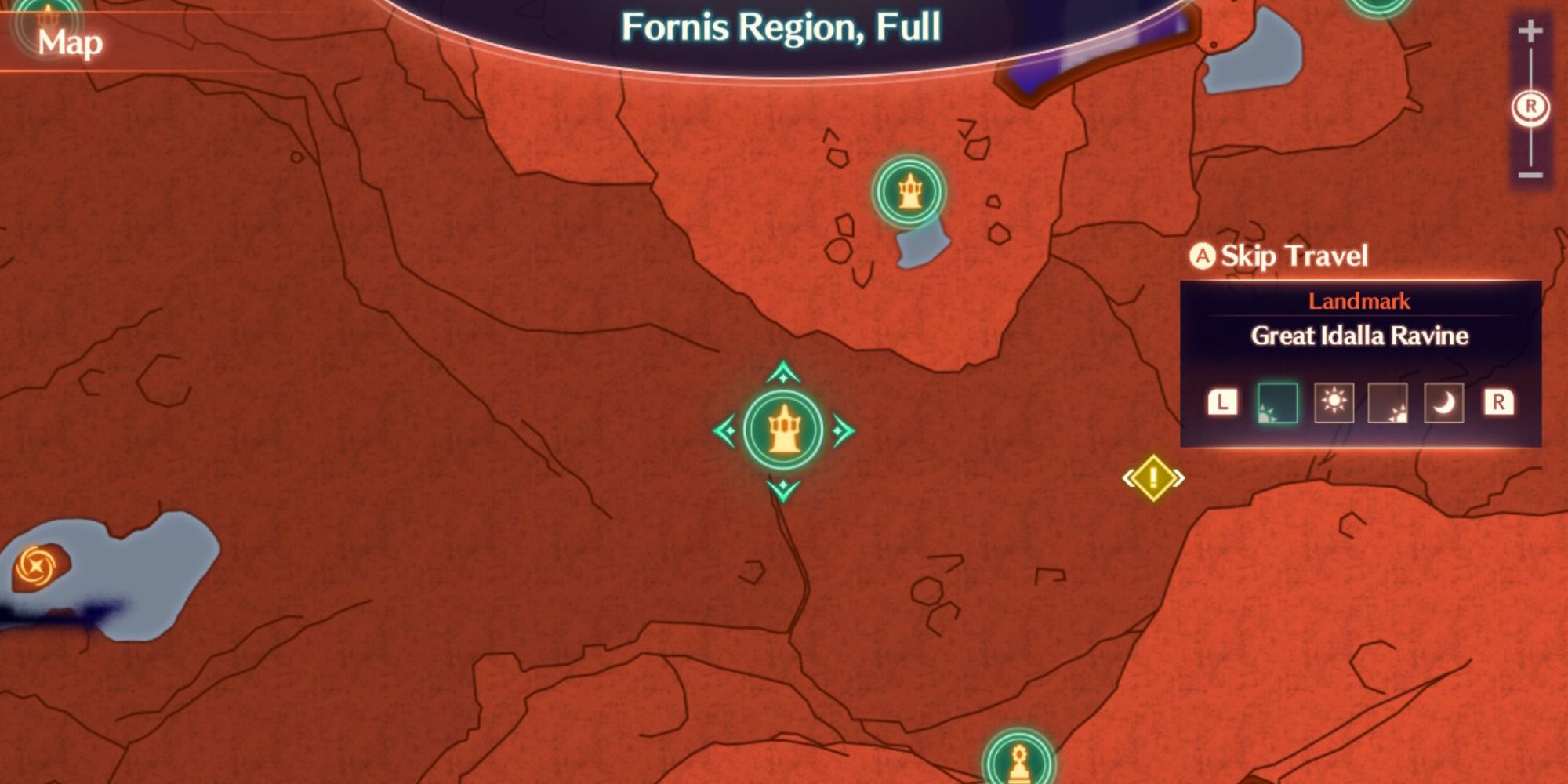 If you meet the above requirements, you can begin the "Champion of the Nopon" Hero Quest. To do this, open your Menu and navigate to Quests. Once here, find the Hero Quest and press 'Y' on it to set it as your Active Quest. Next, open the Fornis Region map and fast-travel to the Great Idalla Ravine Landmark. Finally, make your way to the yellow waypoint to start the Hero Quest. 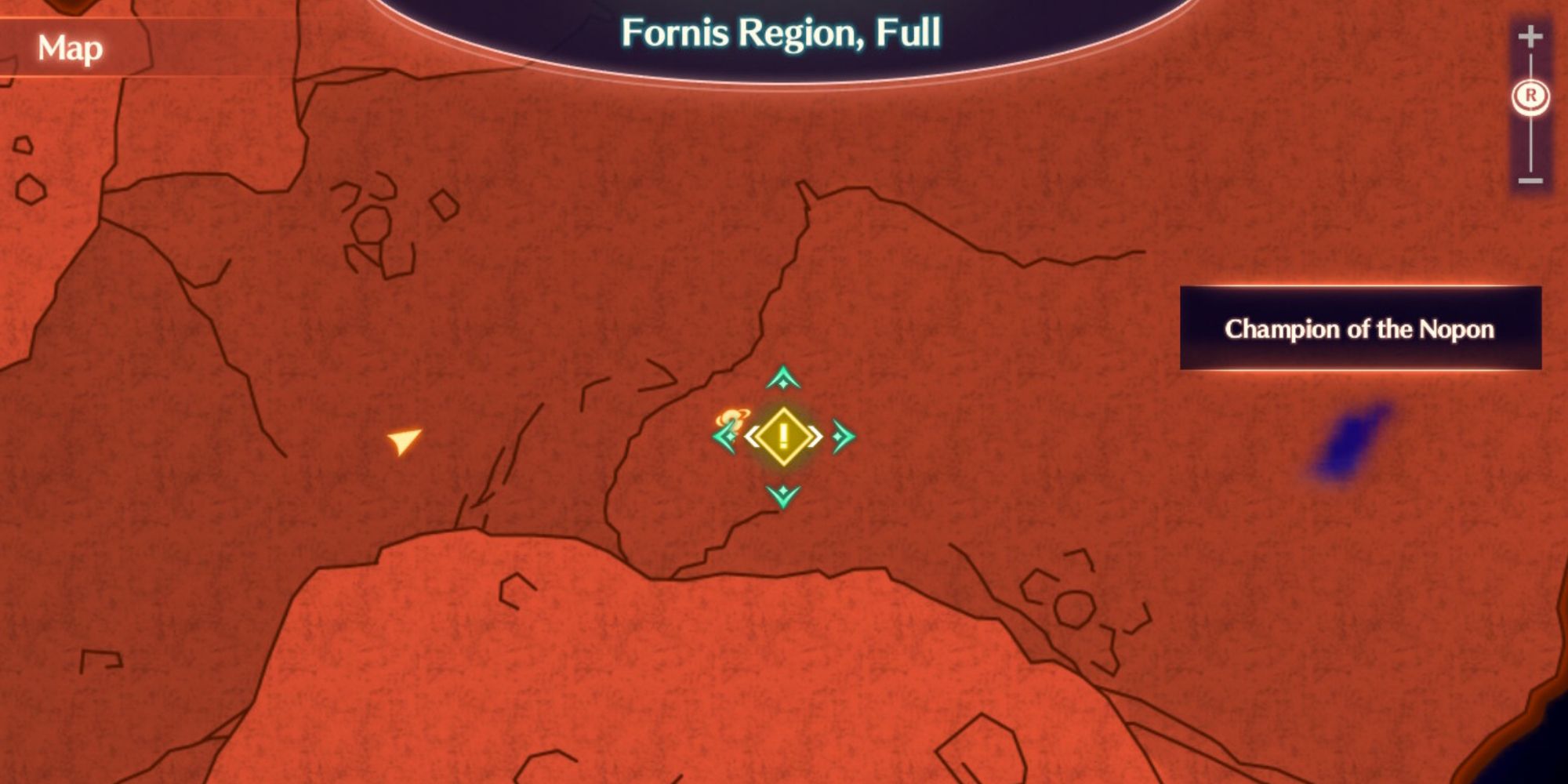 As you approach the waypoint, a cutscene will play that shows Ino defending a Nopon Convoy, where you will jump in to help them. After clearing a small wave of enemies, another cutscene will start with Ino mentioning High Ether and Ether Spheres. After some dialogue, you offer to accompany her to a nearby Ether Sphere, where you will have to fight another small wave of enemies. 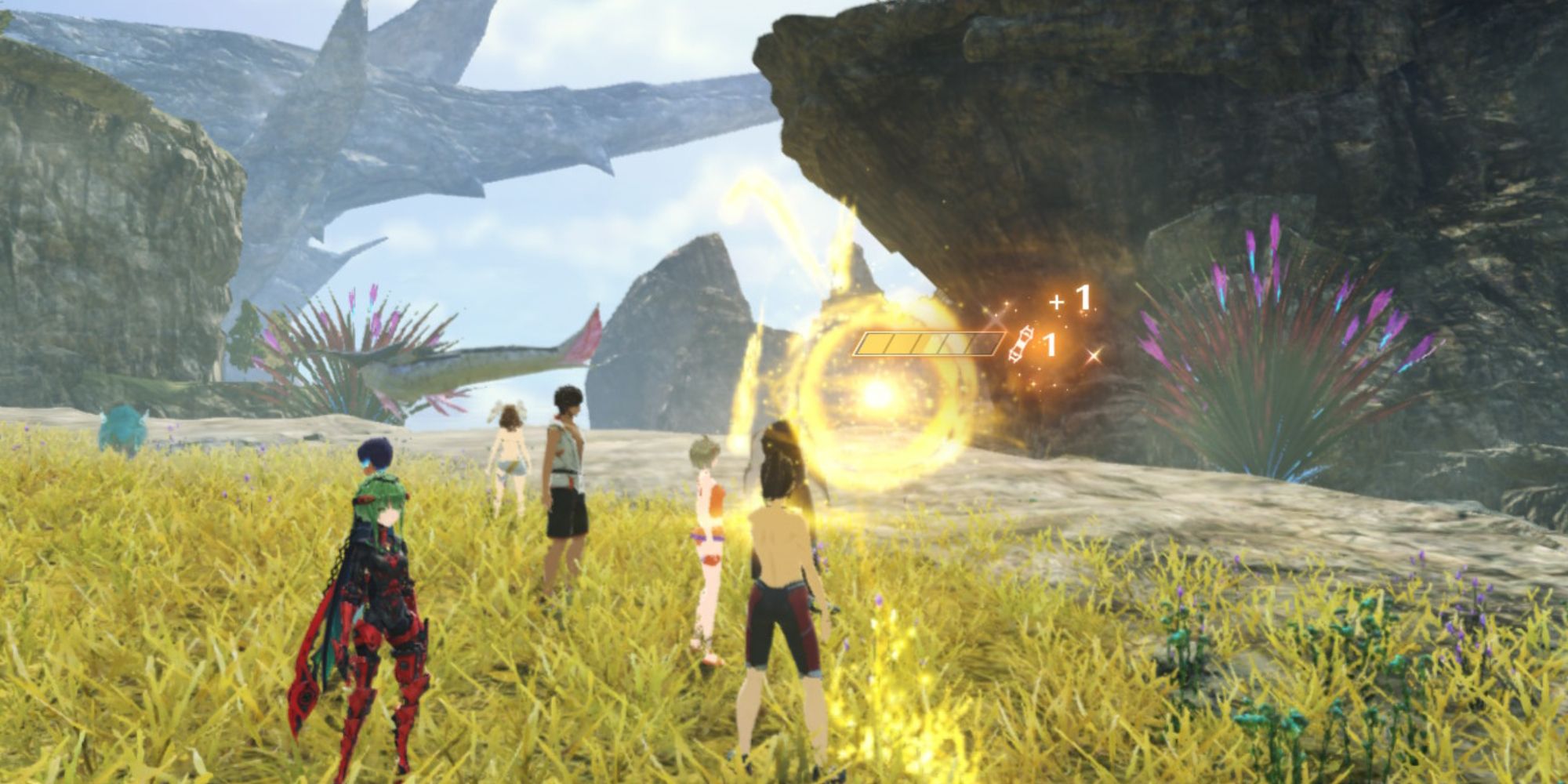 Once you defeat the group of enemies, another cutscene will play out that showcases how you can use an upgraded Ether Cylinder known as the HD Ether Cylinder+ to absorb High Ether from Ether Spheres, which Ino can consume to become stronger. From here, you will receive a new quest called "Going Full HD," and Ino will officially join the roster of Heroes. The Inheritor Class will also become available for Noah to use. You will also learn how to upgrade Ino via High Ether, and Ether Sphere locations will be marked on your map across every region. We will cover both the "Going Full HD" quest and Ether Spheres in the section below! 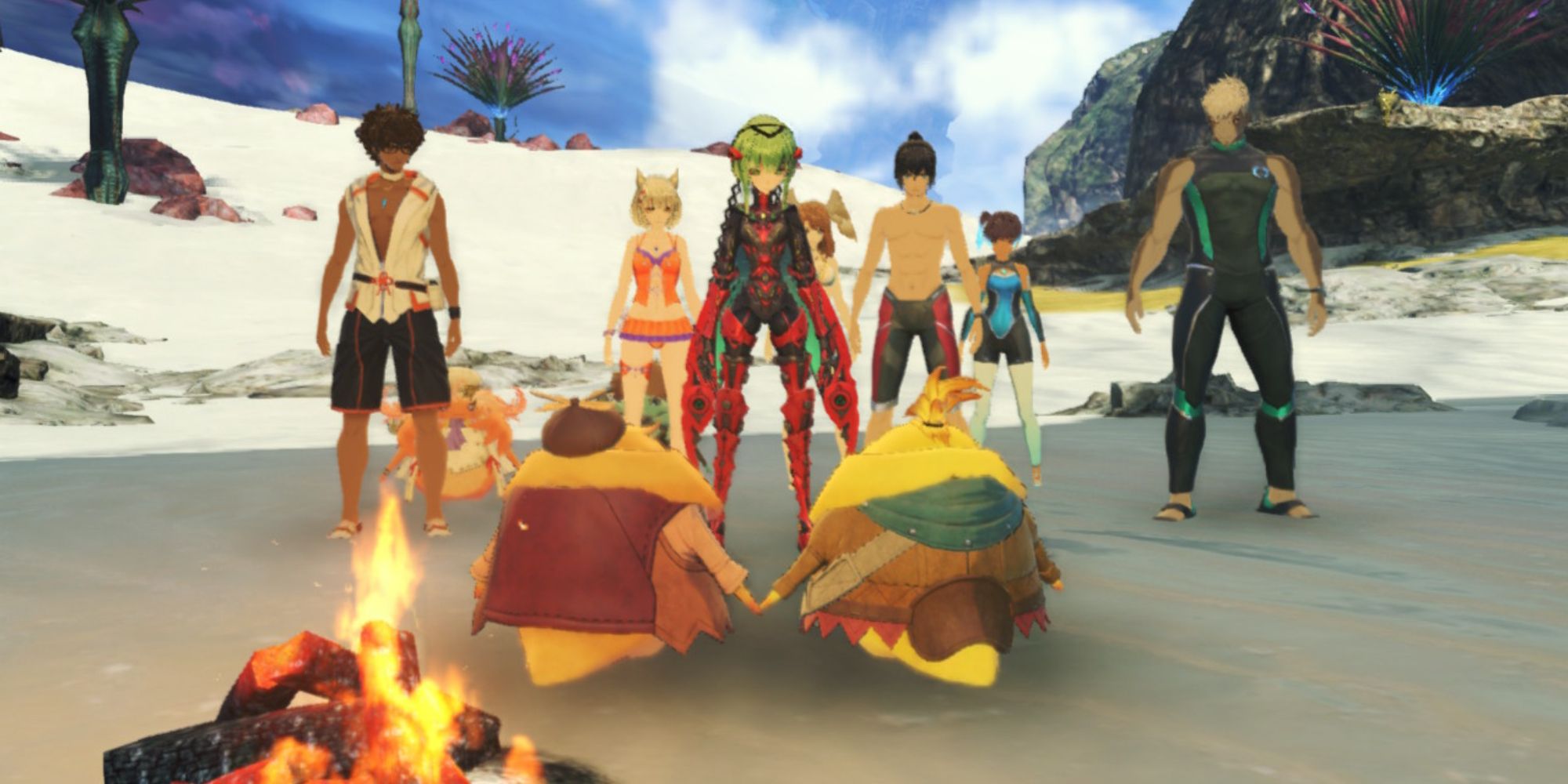 After completing the Champion of the Nopon Hero Quest, you will now be able to use Ino as a Hero and will have access to her Inheritor Class as Noah. However, in addition to that, you also have access to the new HD Ether Cylinder+, which can be upgraded and used to make Ino much more powerful in combat. 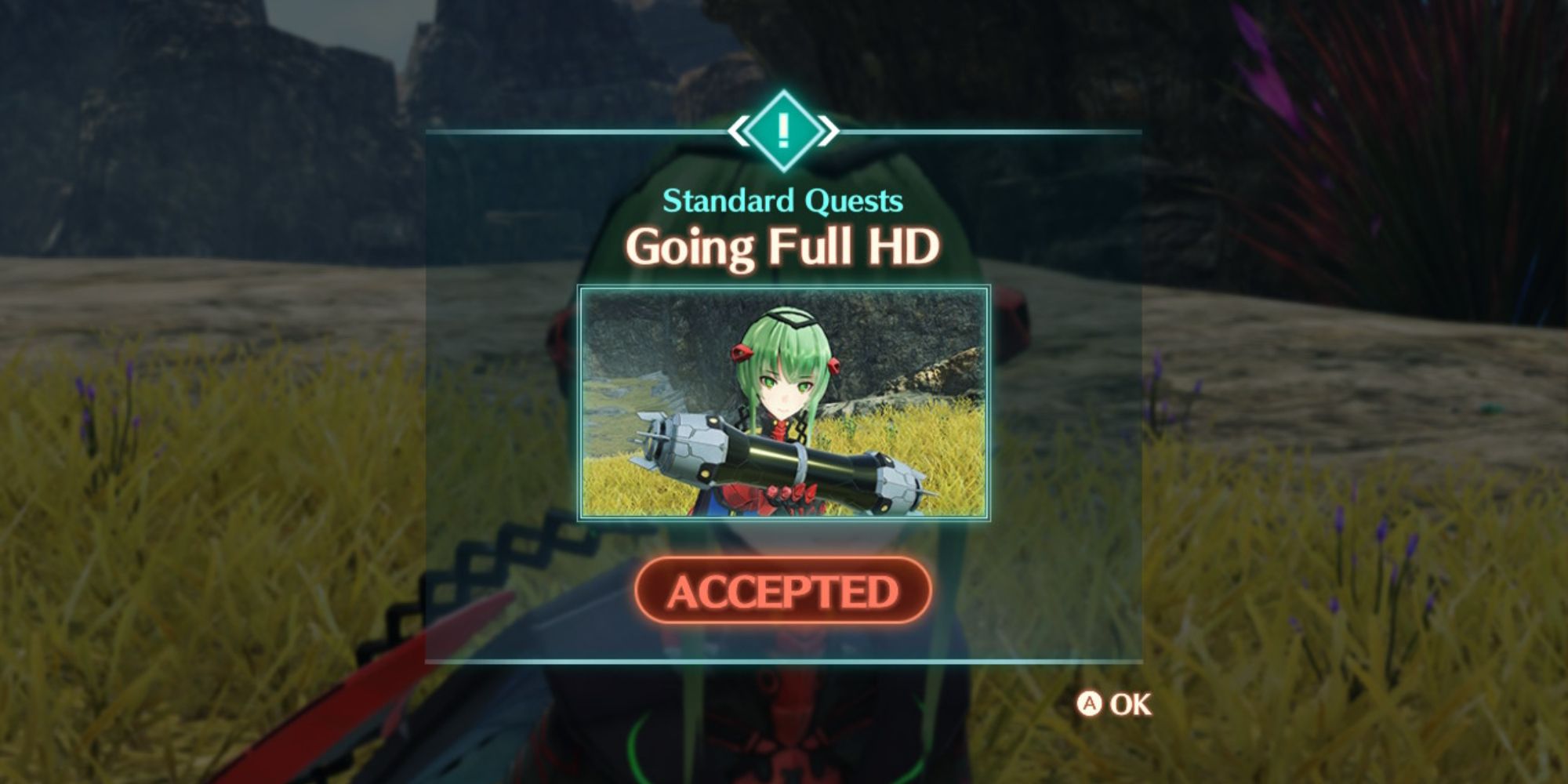 To upgrade your HD Ether Cylinder+, you must complete the Going Full HD quest that becomes available after unlocking Ino. To do this, open your Menu and navigate to your Quests. Then, locate the Going Full HD quest and press 'Y' on it to set it as your Active Quest. Next, open your map and fast-travel Namba Mound Camp in the Fornis Region. Upon loading in, a cutscene will play, and the Nopon will explain how you can upgrade the HD Ether Cylinder+. 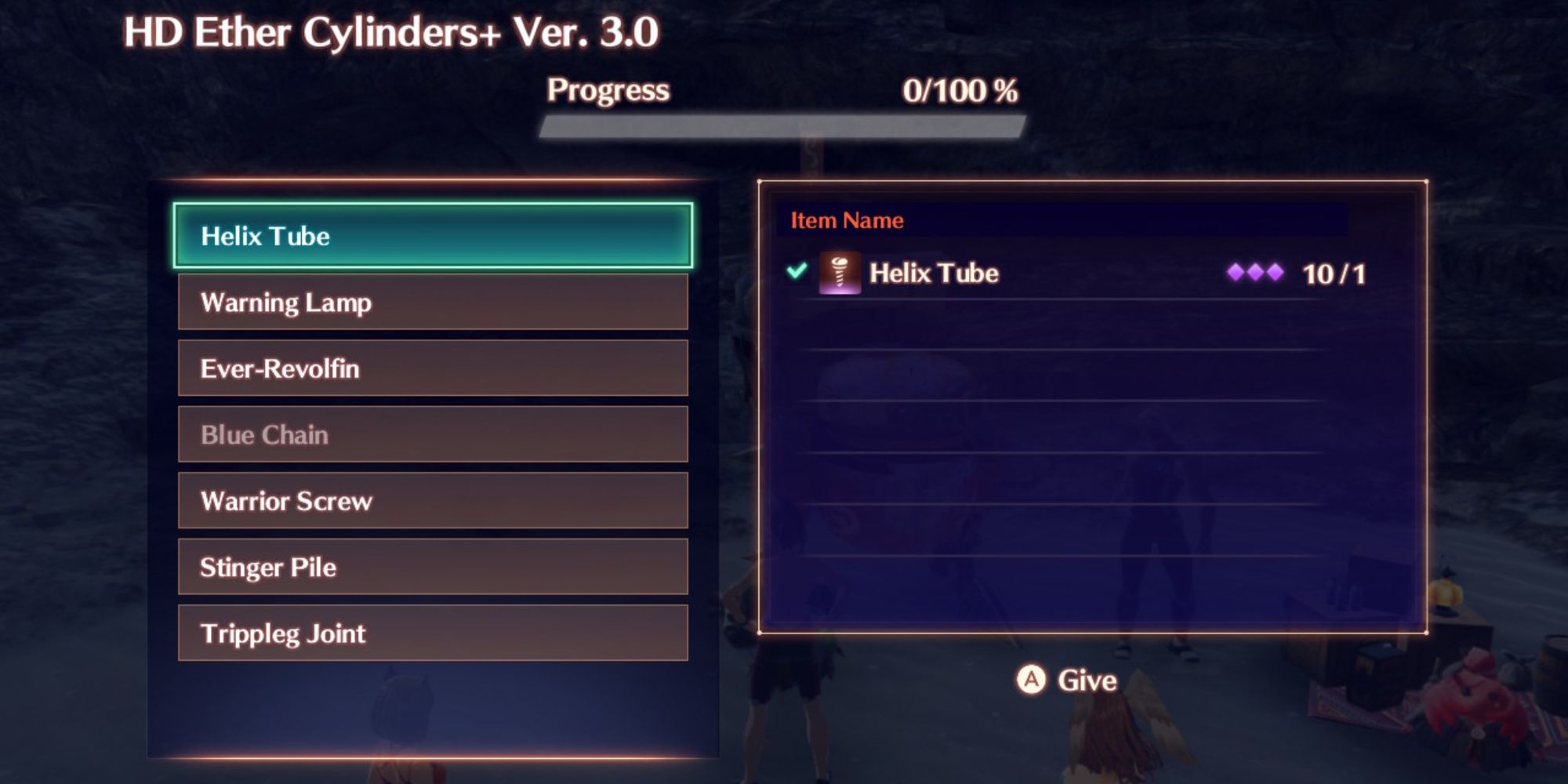 The first upgrade will be part of the questline, so you won't have to use any of your own resources or materials to enhance it. However, every subsequent upgrade will require you to have specific materials for each tier. 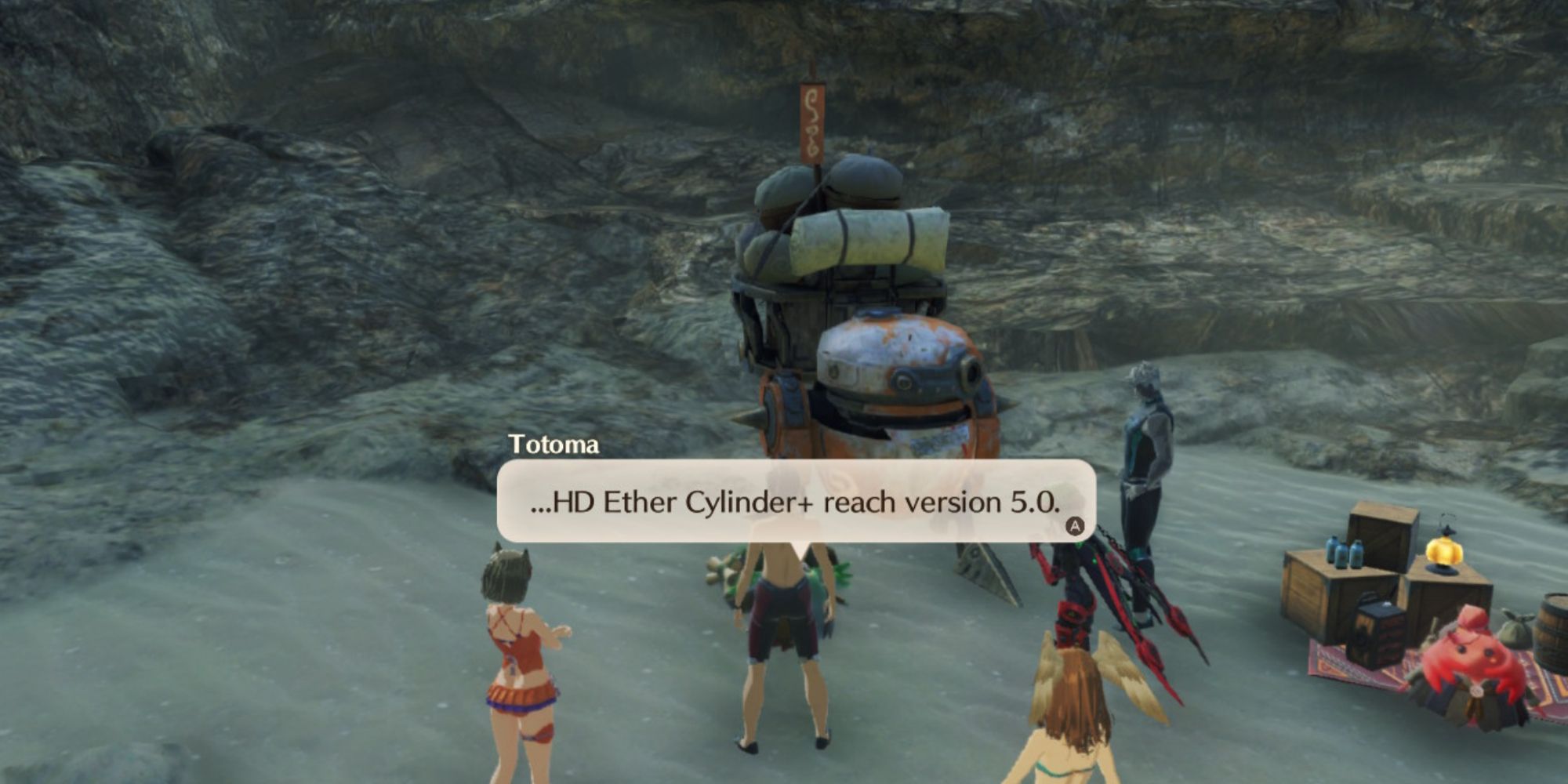 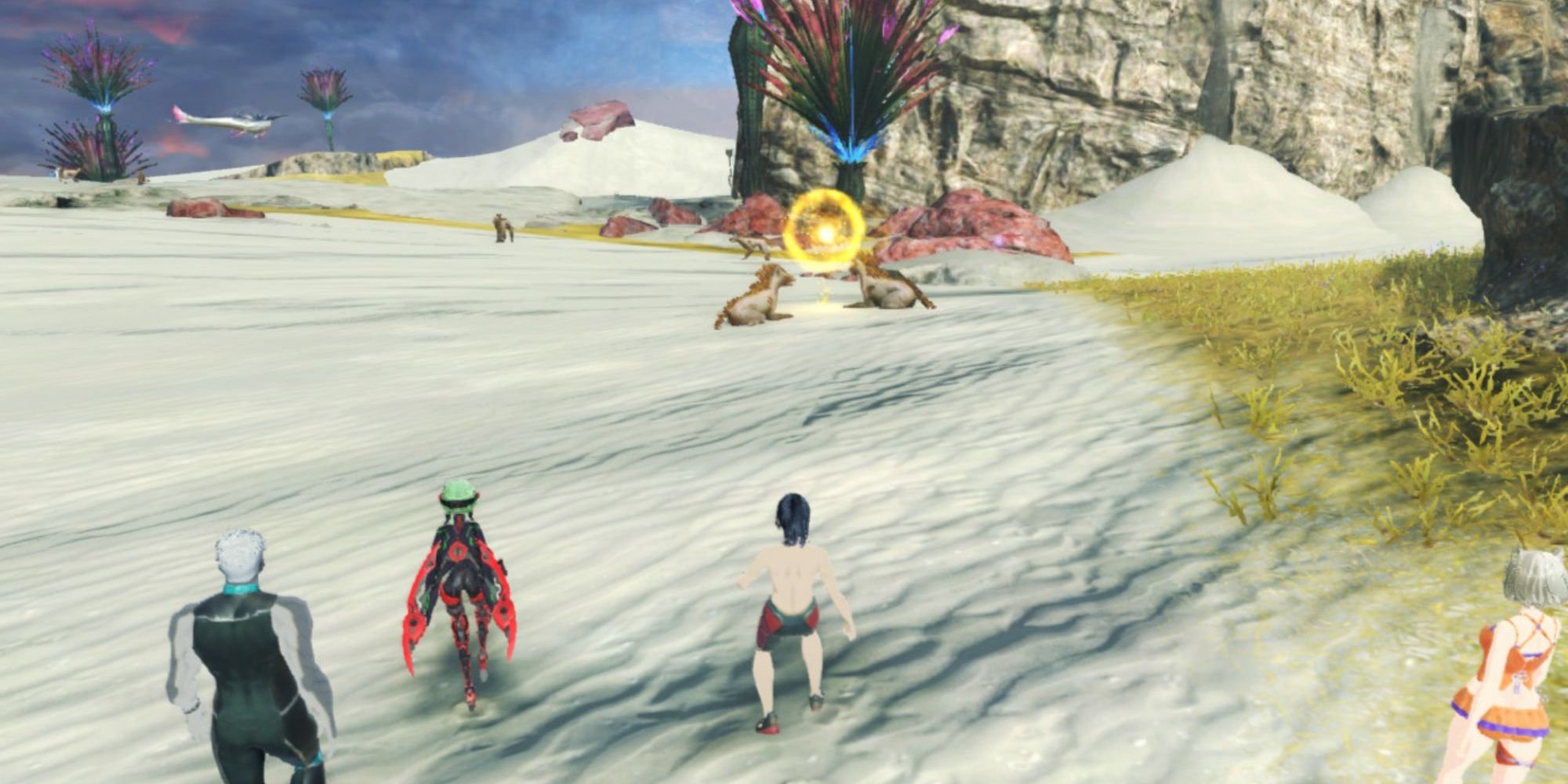 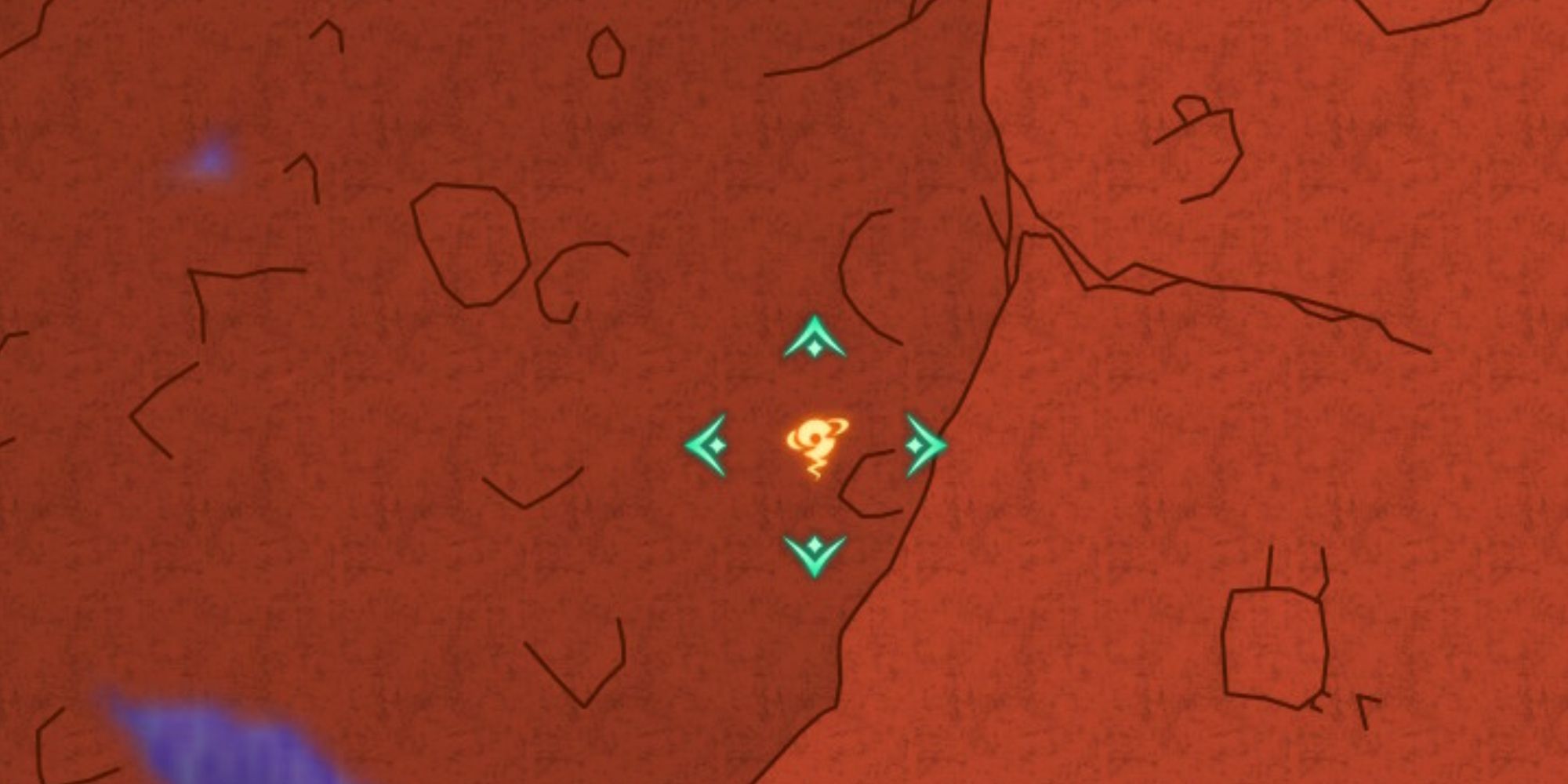 After upgrading your HD Ether Cylinder+, it's time to go out and gather High Ether via Ether Spheres. As mentioned before, you can find Ether Spheres across all main regions of the game, and they are indicated by a new icon that looks like an orb surrounded by a squiggly aura of sorts. You'll notice it immediately whenever you see it on your map!

Simply head to these areas, eliminate the groups of enemies surrounding them, and gather the High Ether. While Ether Spheres will eventually come back after some period of time, the amount of High Ether you extract from them will be far less than your first pull, so we recommend going to different ones until you run out of them. After you collect a large amount of High Ether, it's time to put it into use and upgrade Ino! 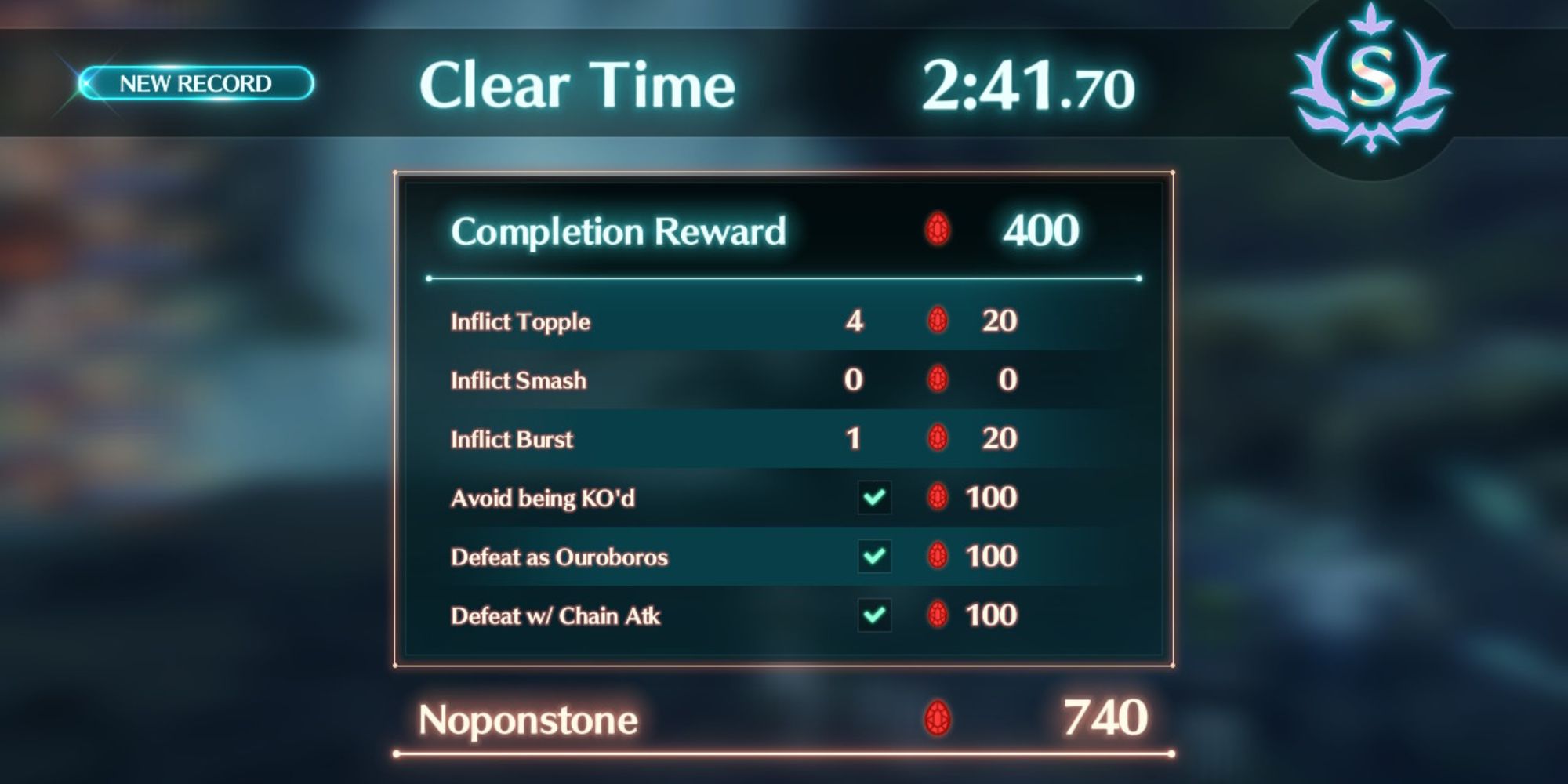 Challenge Battles are a new activity added to Xenoblade Chronicles 3 via the Second Wave courtesy of the Expansion Pass and brings with it new Outfits for the main cast of characters, a shop, and even a way to obtain Classes for characters without having to wait for them to unlock it over an extended period. There's also a new currency called Noponstone.

Before getting into the thick of it, let's go over what exactly Challenge Battles are. Challenge Battles are wave-based scenarios where you will have to eliminate groups of enemies as quickly as possible. Depending on your time, and other factors, you will receive a rank at the end, which determines your reward and Noponstone payout. These factors are as follows: 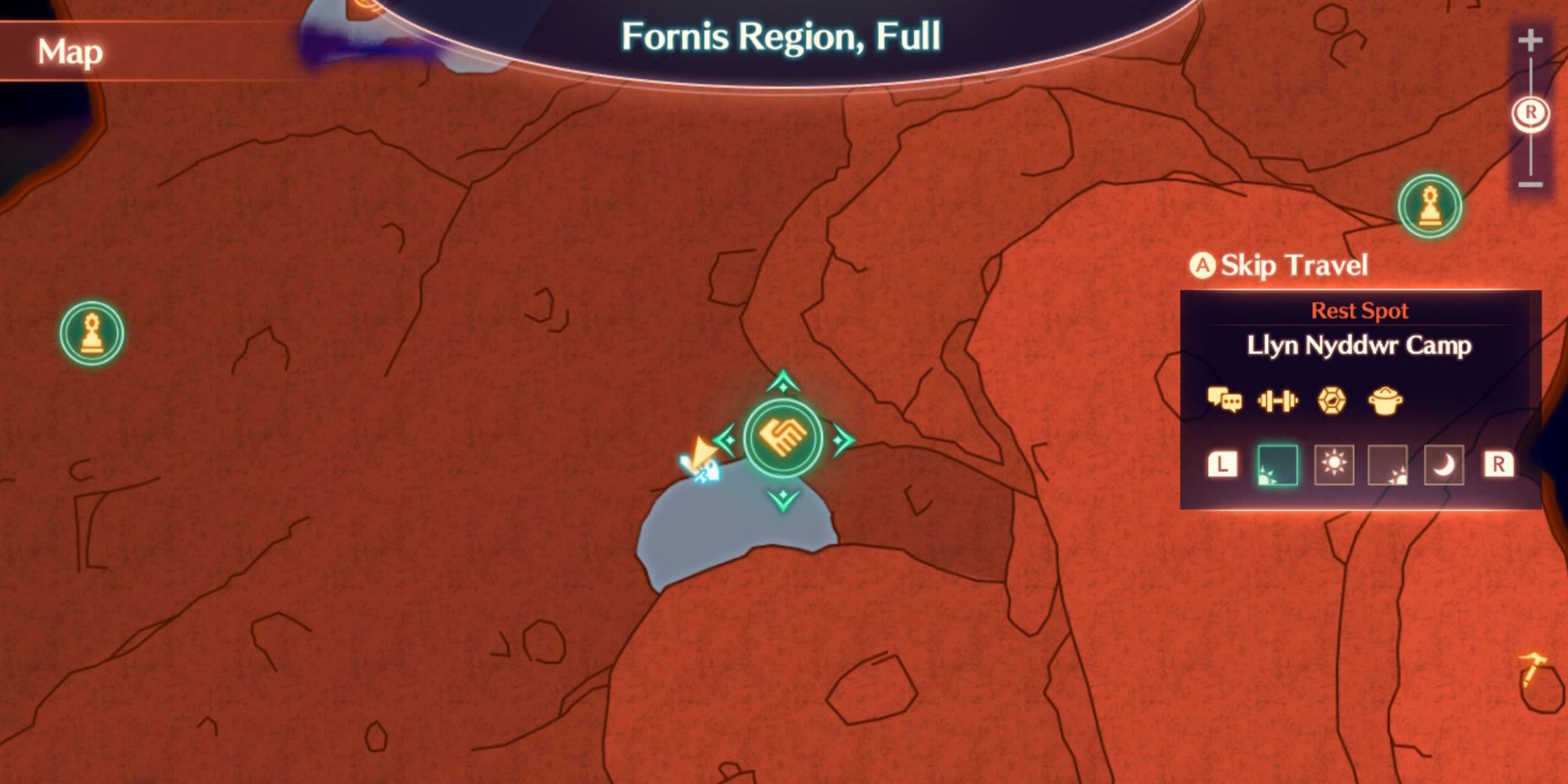 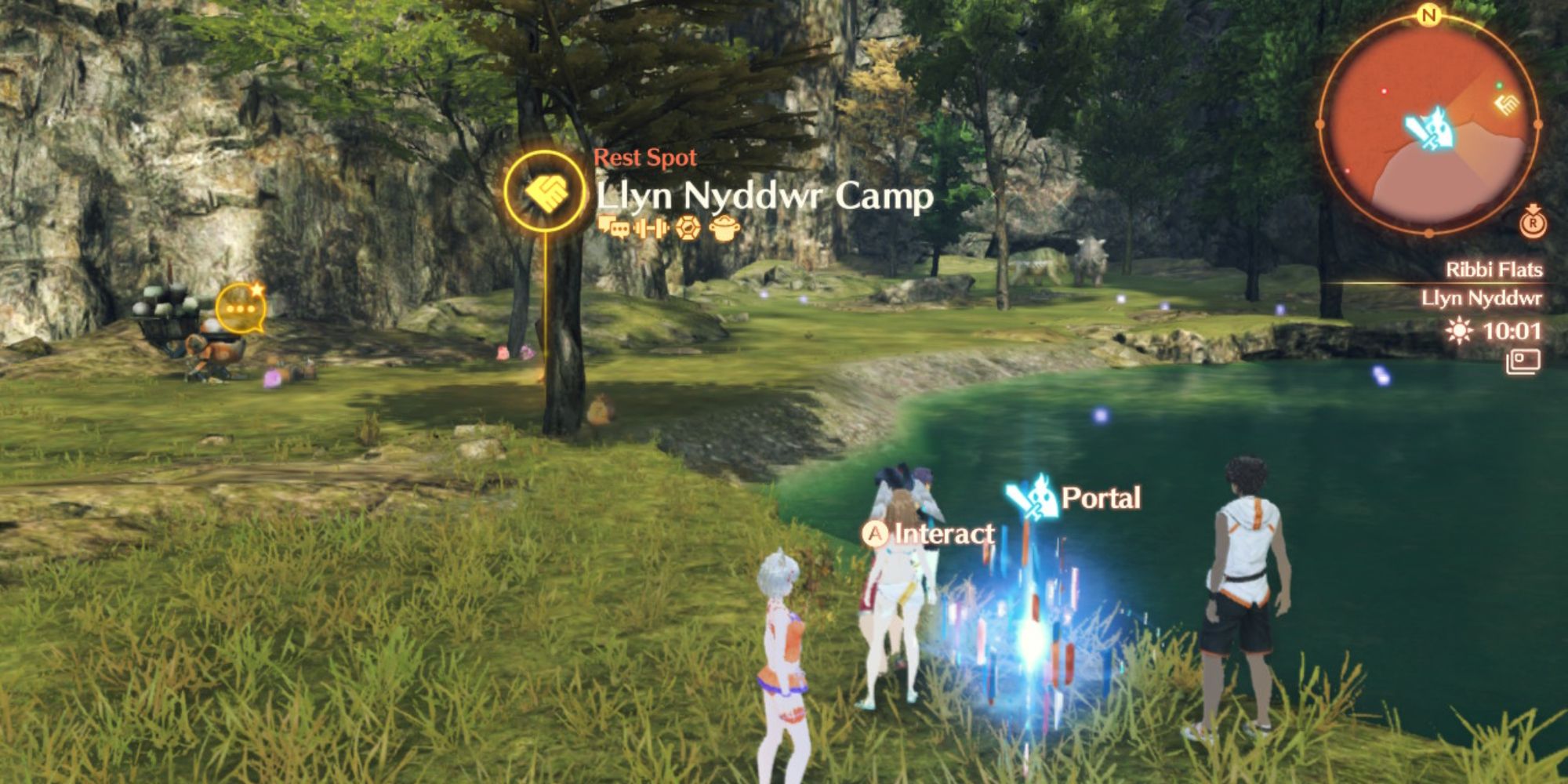 To gain access to Challenge Battles, you must first be at least in Chapter 3 and will need to have claimed your Wave 2 contents (as covered above). Once that's all set, you will want to open your Menu, then open your Quests and find the "Challenge Battles!" quest. Press 'Y' on the quest to mark it as an Active Quest, then pull up your map and fast-travel to the Llyn Nyddwr Camp in the Fornis Region.

Once here, follow the waypoint on your map to find an odd portal near the Camp. A cutscene will play, and you will be teleported to the Land of Challenge, where you can begin taking on Challenge Battles. Here is where you will earn Noponstones, the Swimsuit Outfits, and more, which we will cover in the sections below! 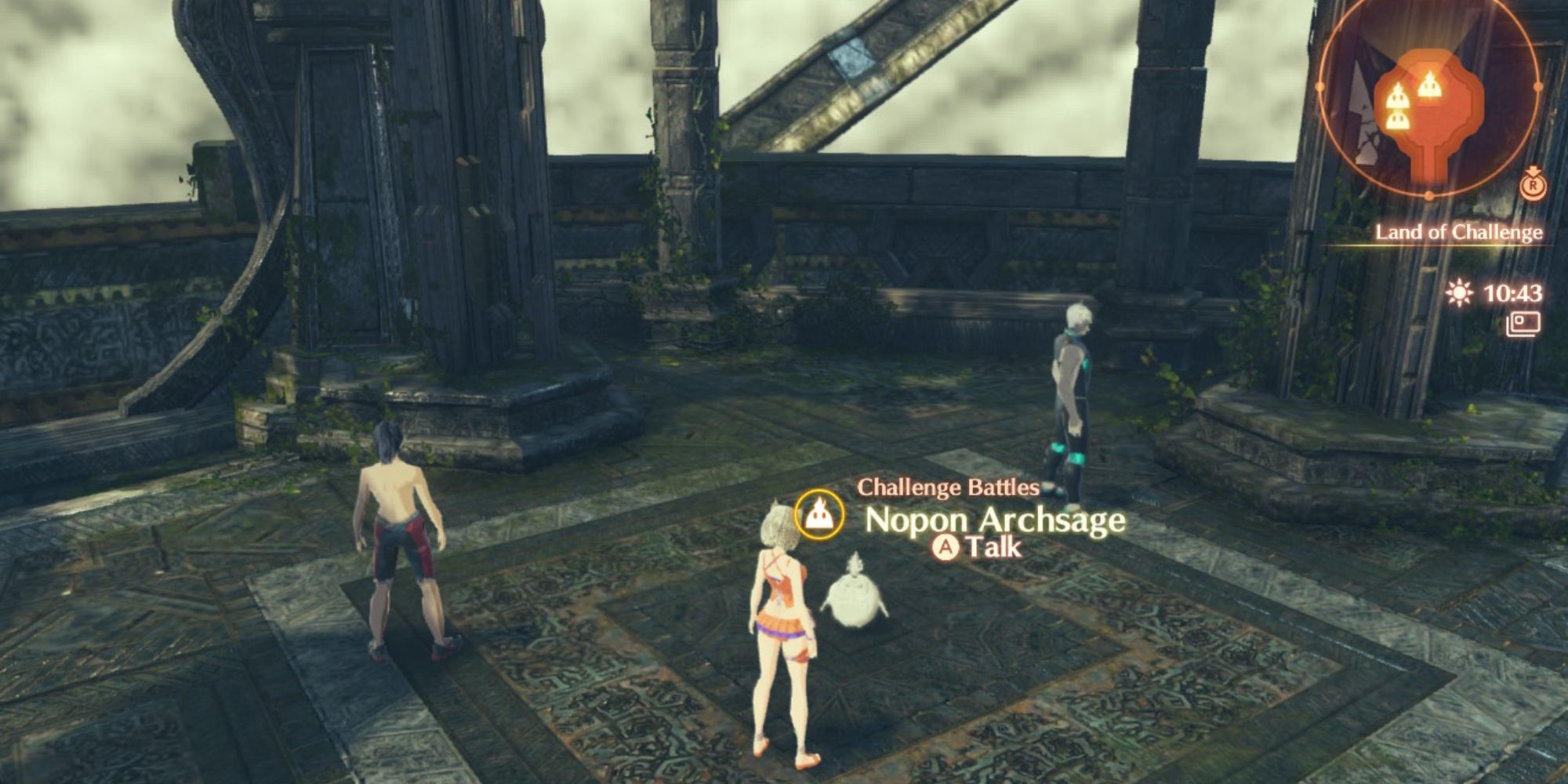 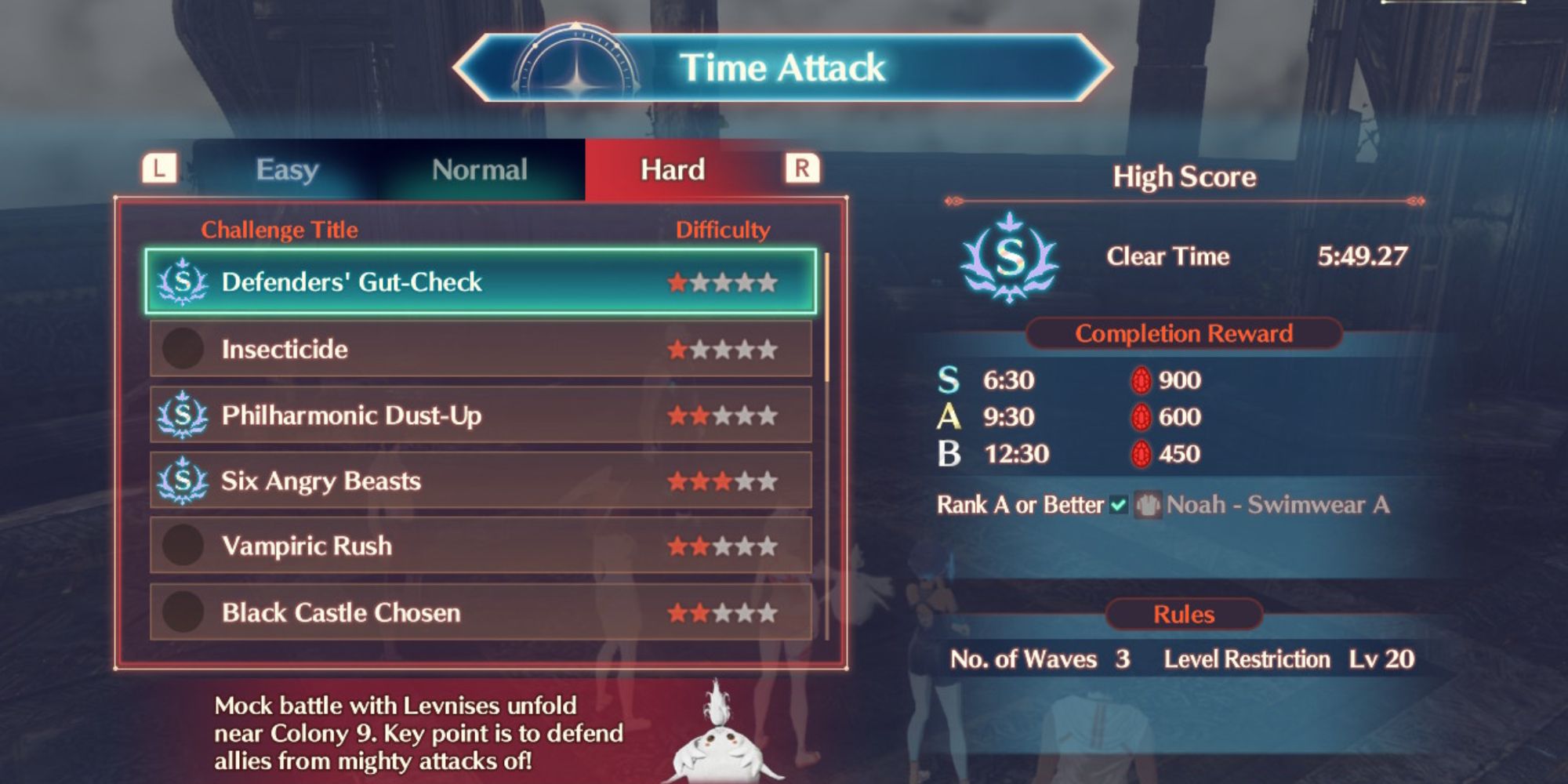 As mentioned above, Noponstones are a new currency specific to Challenge Battles that allows you to purchase powerful items or unlock Classes for your characters. You can earn Noponstones by completing a Challenge Battle and aiming to complete the challenges and tasks above.

Additionally, you can up the difficulty to receive more Noponstones upon completion. Your options are Easy, Medium, and Hard, with Easy providing the lowest amount possible and Hard providing the most. Depending on your ranking, you can get a hefty amount of Noponstones for clearing a Hard Mode Challenge Battle. 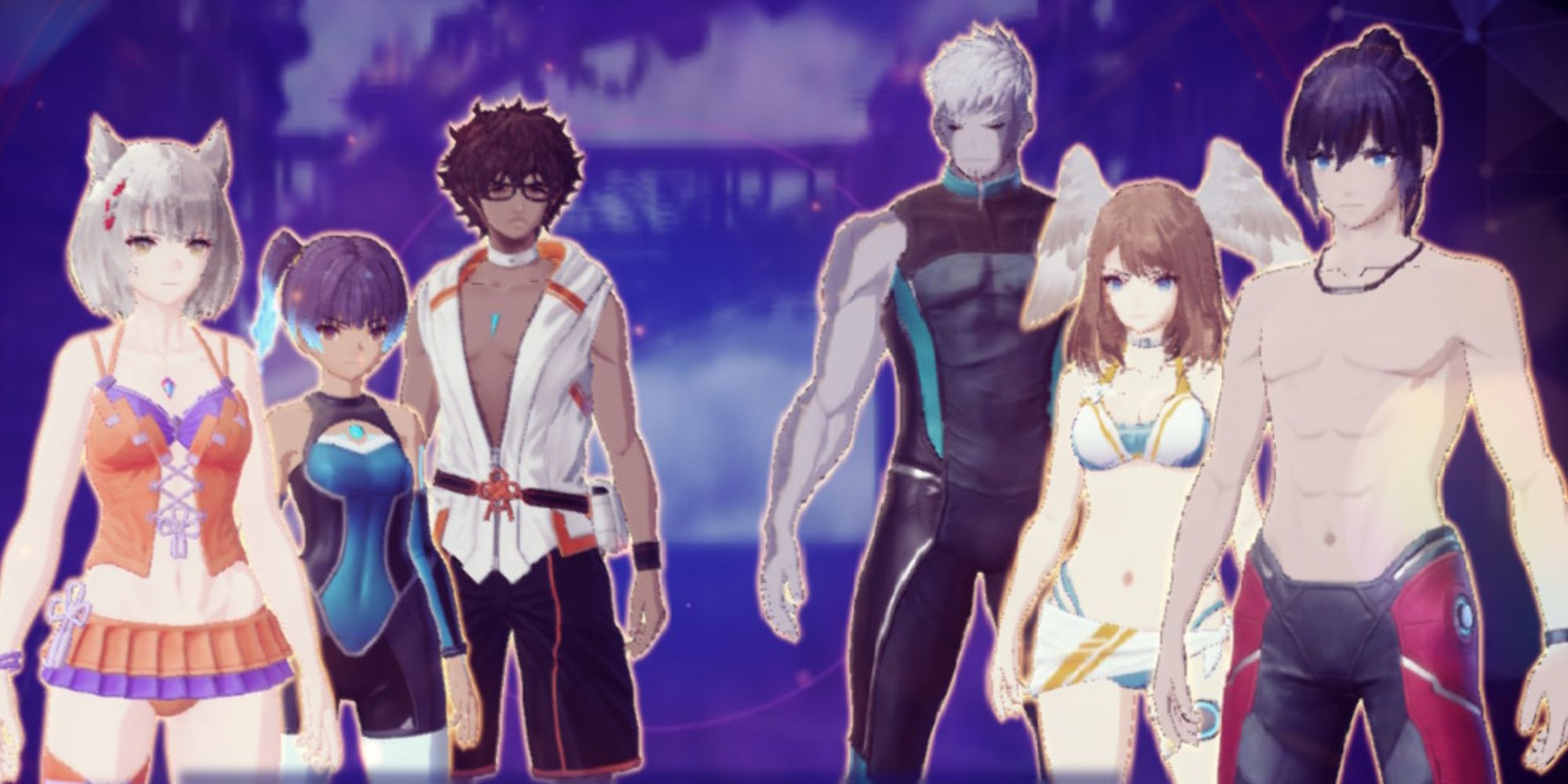 To obtain the Swimsuit Outfits in Xenoblade Blade Chronicles 3, you must get an A or S Rank in specific Challenge Battles. To view a Challenge Battle's Rewards, speak with the Nopon Archsage in the Land of Challenge and hover over any of the Challenge Battles. Look to the right to see a Menu that says "Completion Rewards." At the very bottom of this Menu will be something like "Noah – Swimwear A." There are A and B variants of Swimwear for all six Ouroboros members.

The good news is you can earn the Swimwear on any of the three difficulties, allowing you to blow through them on Easy if you're just looking for the new Outfits. 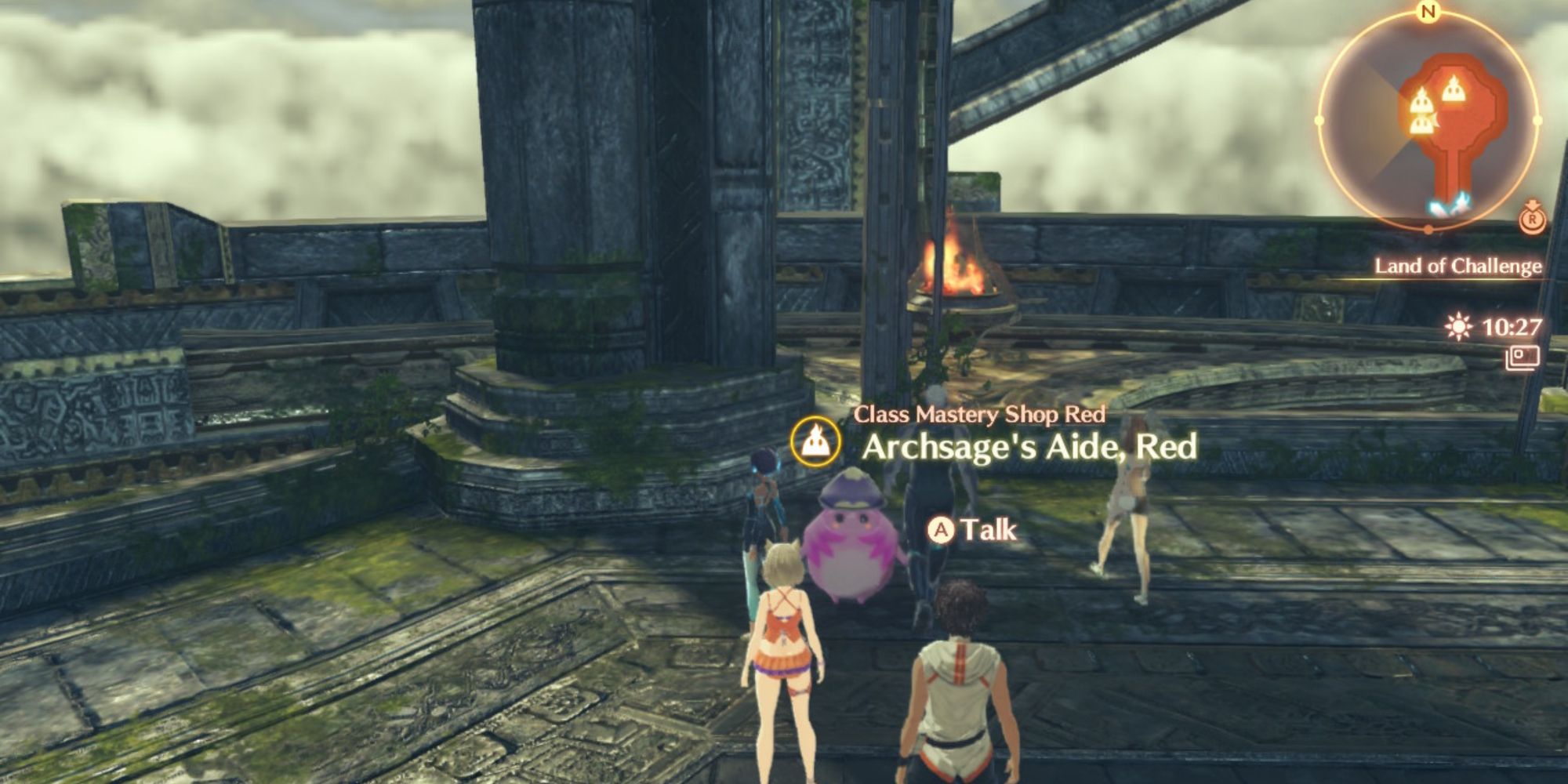 This method appears to get you roughly one-fourth of the way to acquiring a class if you've just obtained the Hero (such as Ino). Additionally, if you have several Classes almost unlocked, this method will unlock multiple Classes simultaneously if they're close enough. This is an excellent method for mass-acquiring Classes for every character if you don't want to farm or grind it out. 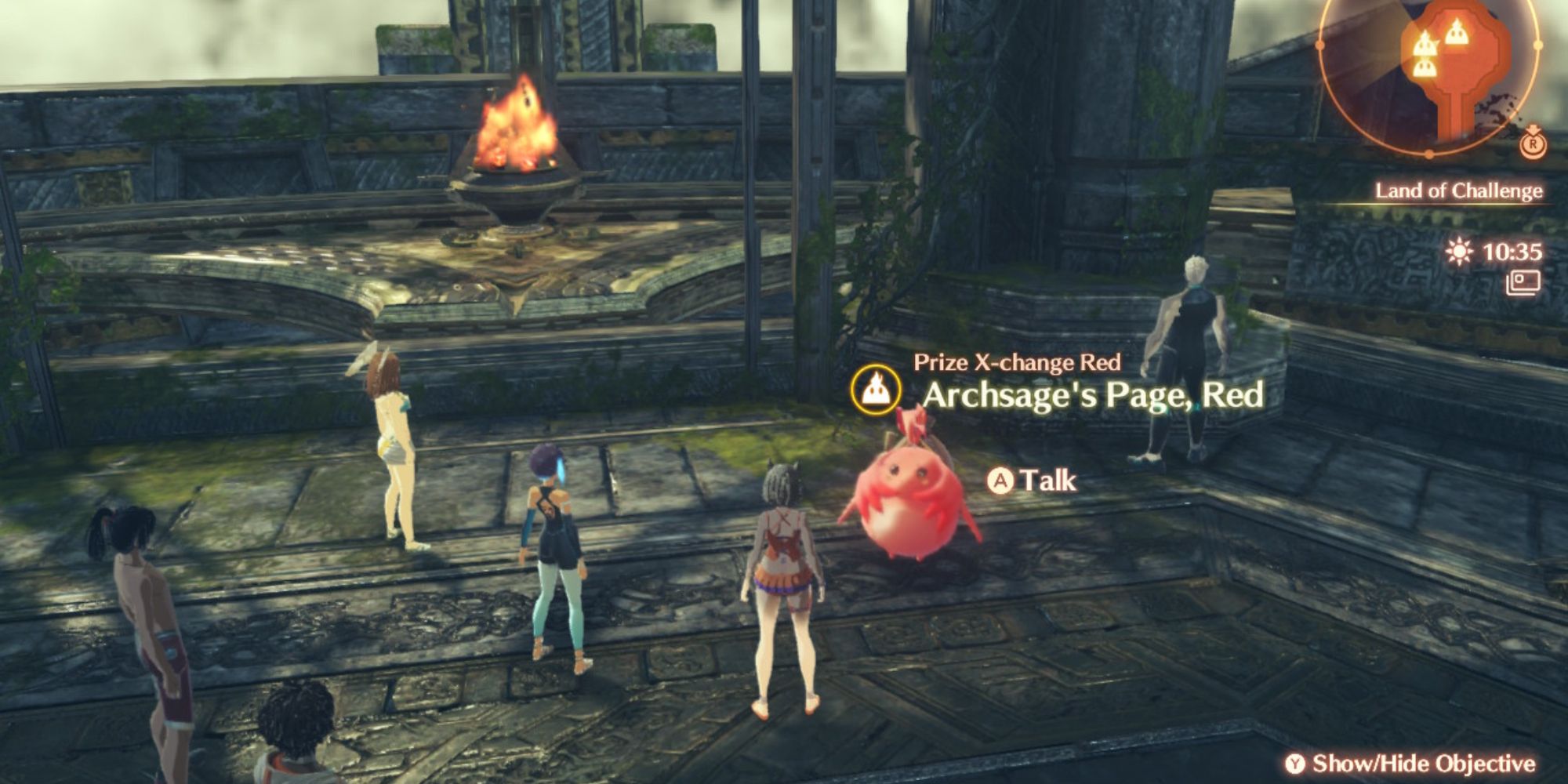 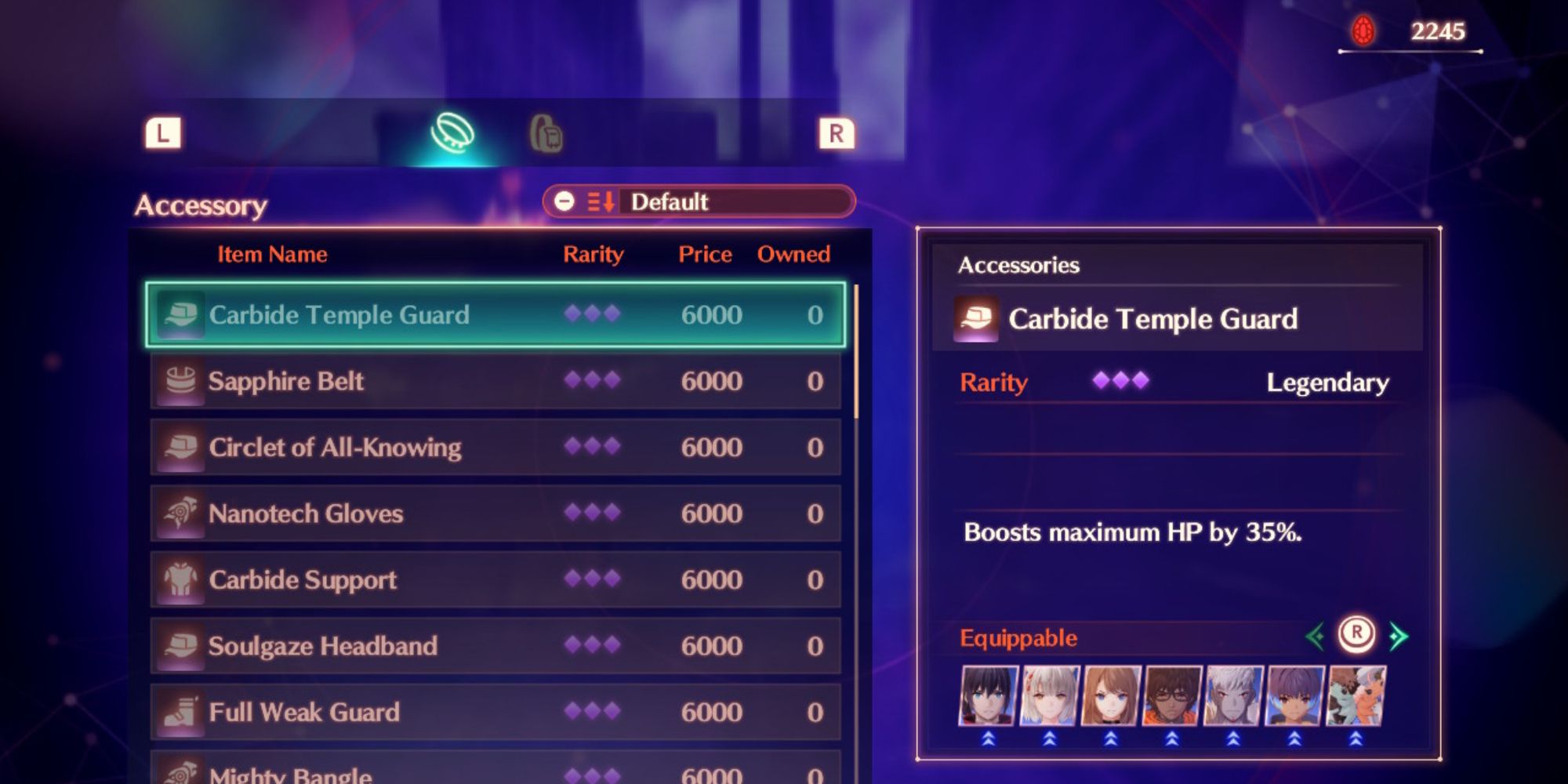 Lastly, is the Prize X-change Red Shop, also located in the Land of Challenge. To access this, speak with the Archsage's Page, Red Nopon. Once here, you will have access to their wares, which you can spend Noponstones on.

The Prize X-change Red Shop contains a wide range of Accessories for your character. There are some exceptionally great Accessories here, so be sure to visit this shop if you want to buff up your party. The best items here will run you 6,000 Noponstones a pop, with the lower-end items being as low as 800 Noponstones. Still, if you aren't looking to spend your Noponstones on Class-Acquisitions, then you should absolutely spend them here!