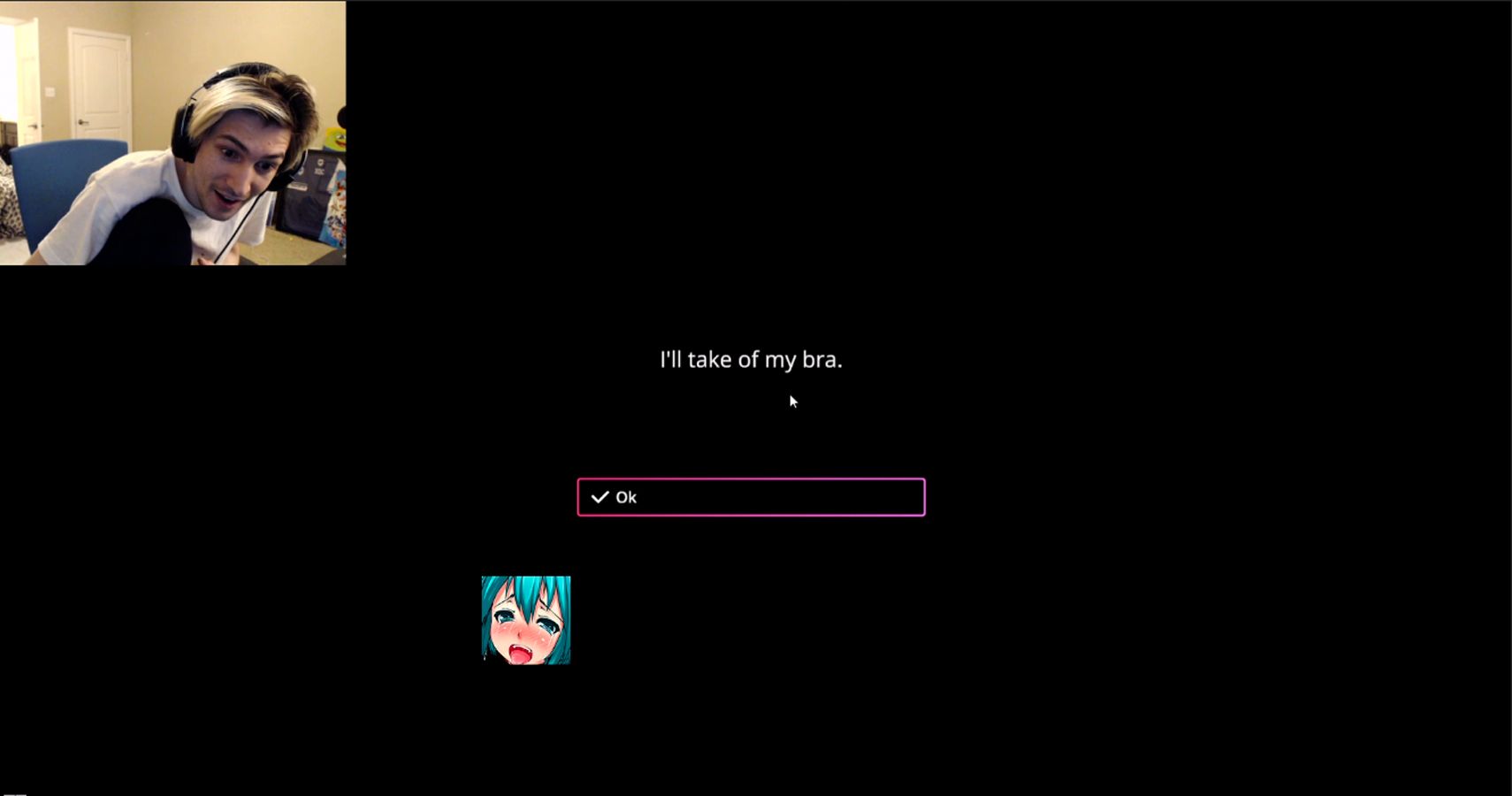 The game’s description on Steam reads, “A girl from school has invited you to study for exams. She is bored and asking you to play” — spelling trouble for xQc from the start. After beating the NPC in Connect Four, she offered to take off her clothing. What’s even more interesting is that the streamer apparently had to enter a code to allow the uncensored version in the first place; If that isn’t self-damnation, then I don’t know what is.

Taking Twitch’s community guidelines regarding sexual content in video games into account — xQc committed the equivalent of streamer seppuku. Although video game nudity is allowed in certain contexts, if the NSFW content is the focus of the gameplay, it is deemed inappropriate.

After the dust settled, xQc didn’t offer much in his own defense, accepting his fate and admitting that there was “too much juice this time.” Owning up to the oblivious mistake is probably a wise move considering that he willfully allowed the entire situation to unfold.

A backup of the NSFW clip can be found here.

xQc’s girlfriend and streaming colleague “adeptthebest” didn’t hesitate to make fun of her boyfriend, posting on Twitter about his ban.

It’s all in good fun, of course, as the two often collaborate on the platform. As for the future of the French-Canadian streamer — he will likely receive his account back within a few days. Most suspensions of this nature are only temporary, amounting to nothing more than a slap on the wrist. Twitch normally looks at the history of a streamer when determining a ban, in most cases employing a “three strikes and you’re out” approach.

Official word has yet to be announced, but fans can probably expect the streamer’s return soon enough. Hopefully in the future xQc will be able to resist temptation from other board-game-playing digital girls.