Despite the serious content associated with the Yakuza, a lot of time is dedicated to developing characters and the same goes for Yakuza: Like A Dragon. You play as the hot-headed but well-meaning Ichiban Kasuga, who finds himself in an entirely new world after being released from prison.

With no real place to go, he simply starts making his way in the world, befriending a number of trustworthy companions as well as people around town. However, as he re-adapts to the outside world, his behavior and actions will determine his Personality and the type of man he'll eventually become. 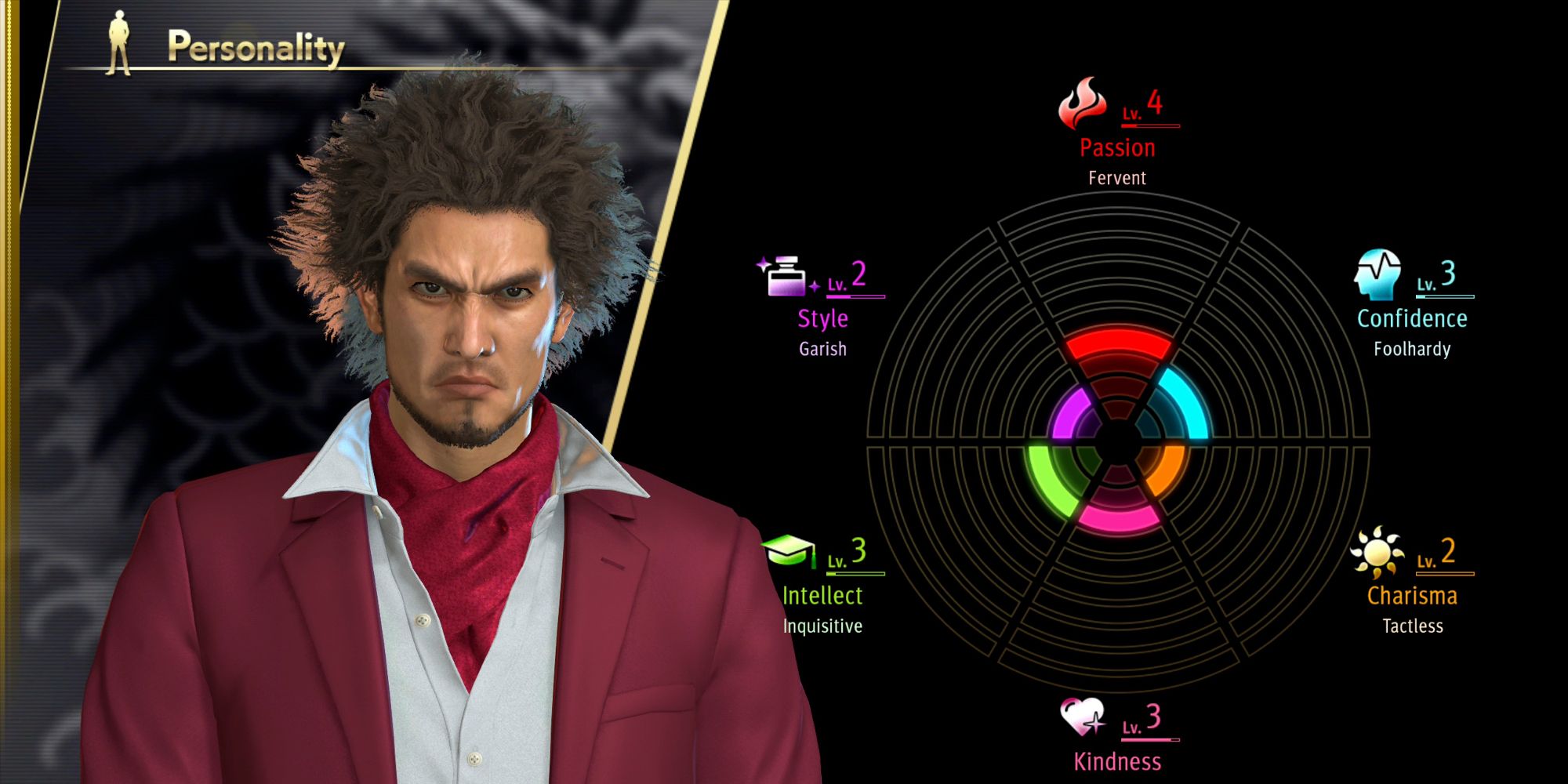 While Ichiban Kasuga has a lot of notable qualities, his Personality is something that grows and changes as you play through the game. Ichiban's Personality is a stat that is unique to him, and is broken into several categories: Passion, Charisma, Confidence, Kindness, Intellect, and Style. As Ichiban makes certain choices and participates in certain activities, he will earn levels in the different categories for a max of 10.

Now, while Personality doesn't affect Ichiban's physical stats, it's important to develop each category as you play. Certain categories can make your battle abilities more effective, while others give Ichiban access to different jobs. In terms of overworld interaction, some people won't even give you the time of day if you're not a high enough level in a specific category. 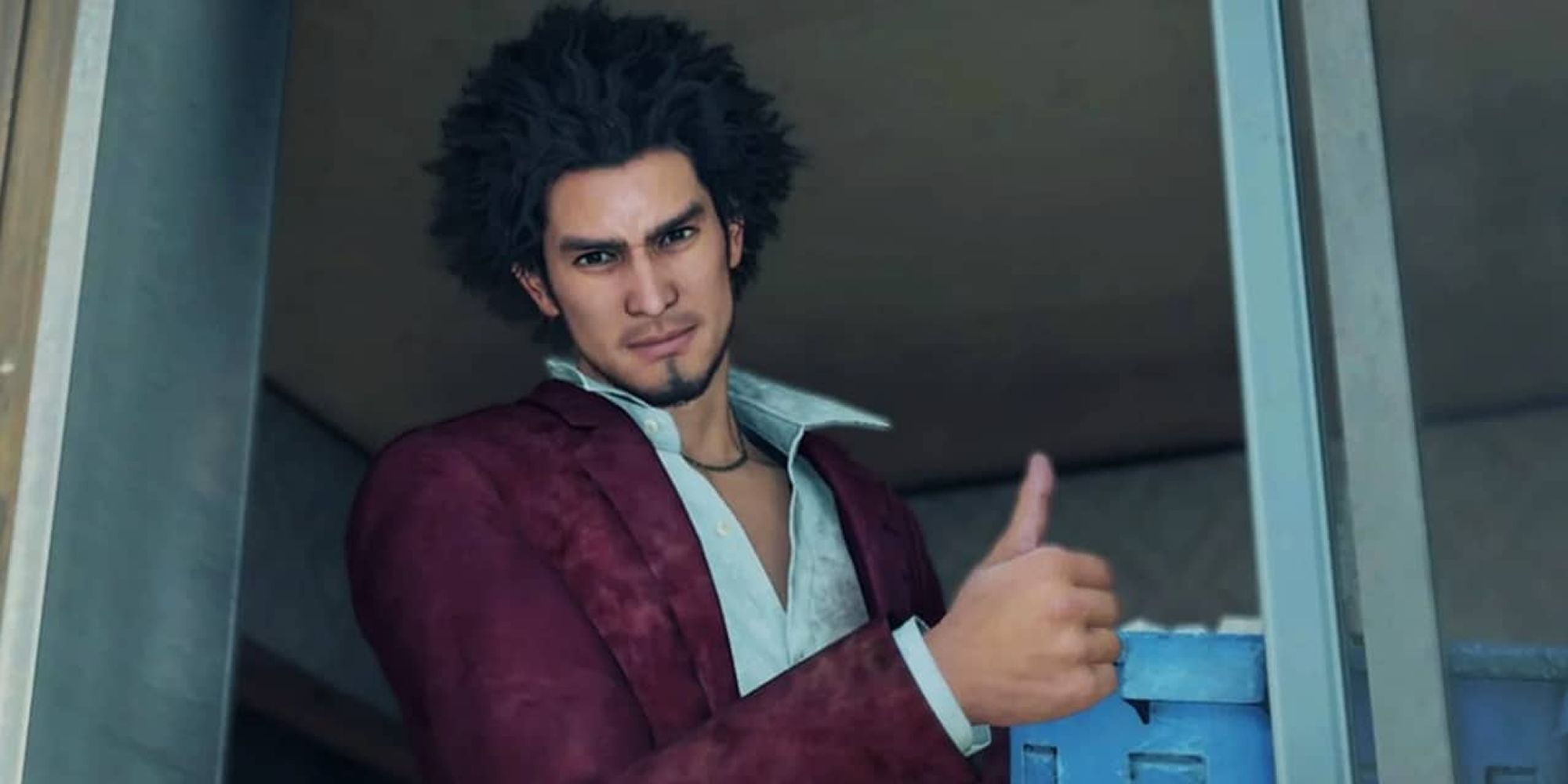 While Ichiban's Personality traits will increase as you go through the story and side-quests, they don't provide much. As such, there are more efficient activities for increasing Personality levels. 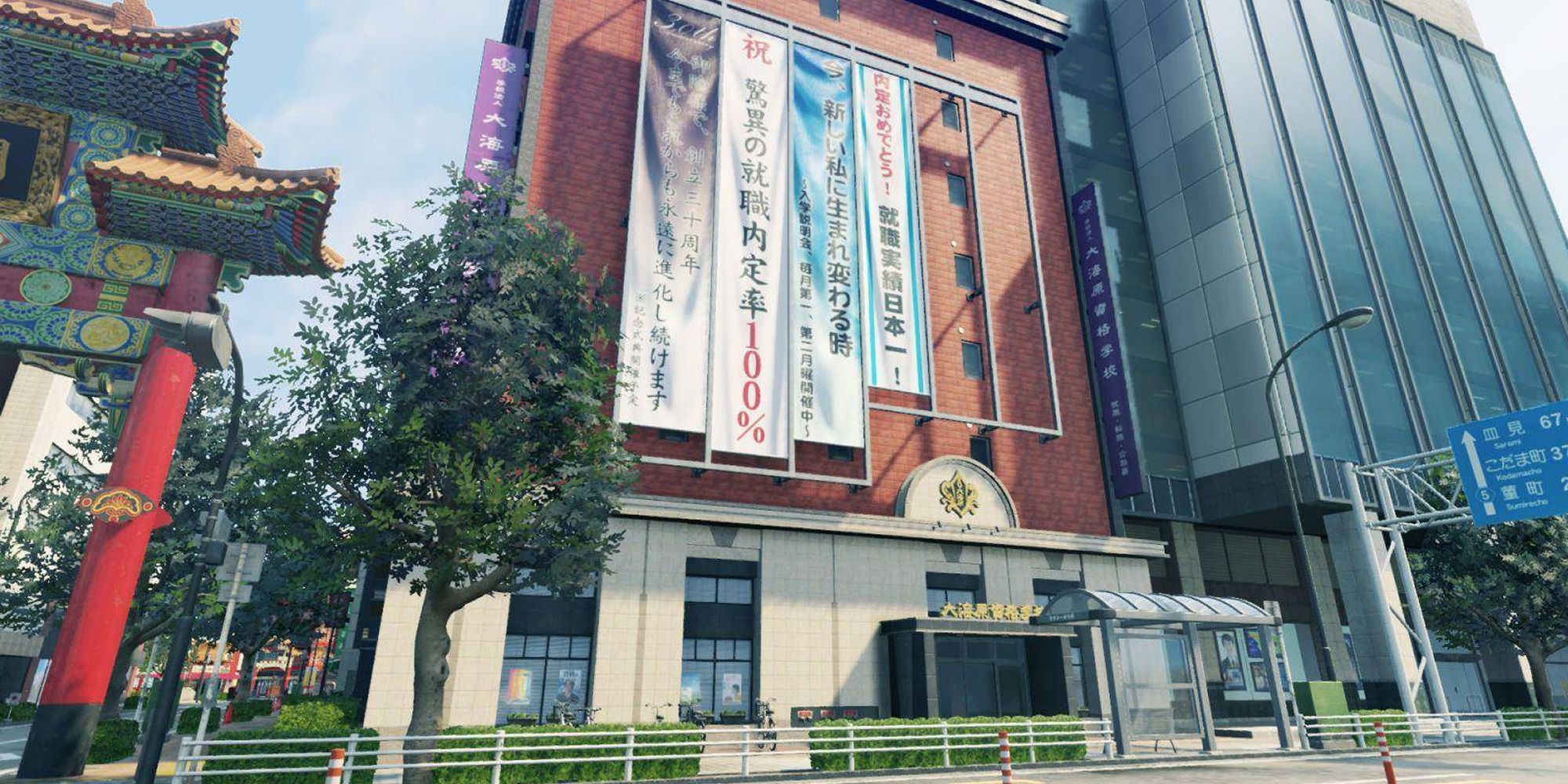 During the story, Ichiban can start a side-quest around East Jinnai Station which will give him access to the Ounabara Vocational School. Here, Ichiban can take exams that will raise the indicated Personality levels if he passes.

Each exam has five questions, requiring three correct answers. The harder the exam, the greater the Personality boost. Be warned that the exams can be tricky if you don't know the answers, as well as being fairly expensive early on. 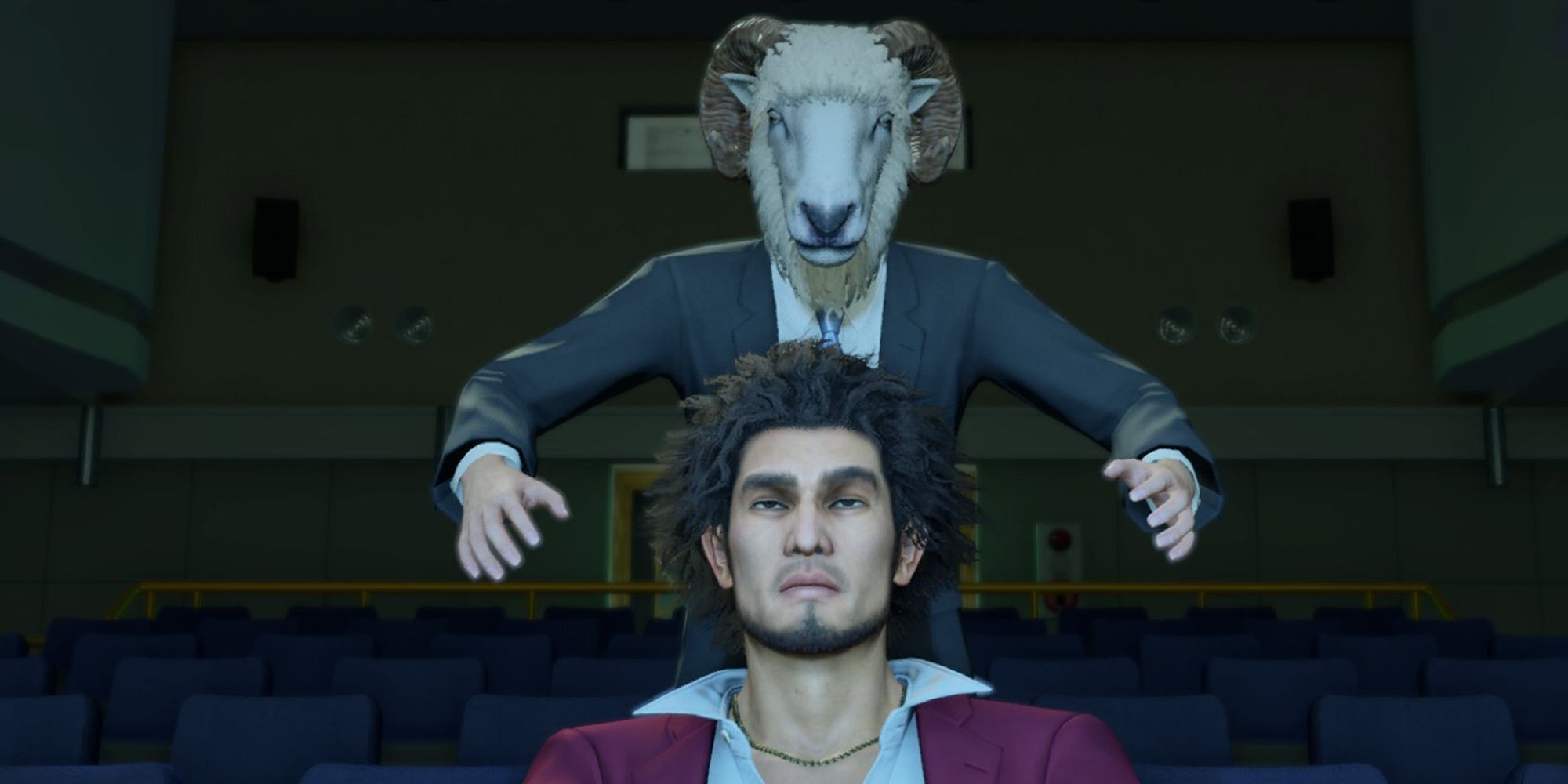 Among all the activities Ichiban can do, watching movies is surprisingly one of the more tense ones. By going to the Seagull Cinema, Ichiban can choose a movie to watch, and you'll have to knock out REM Sheep in order to keep him awake.

Get him through the movie successfully, and one or multiple Personality categories will get a boost.Though it's unclear which movies will boost what, it's worthwhile milking this activity since it's fairly easy and cheap. 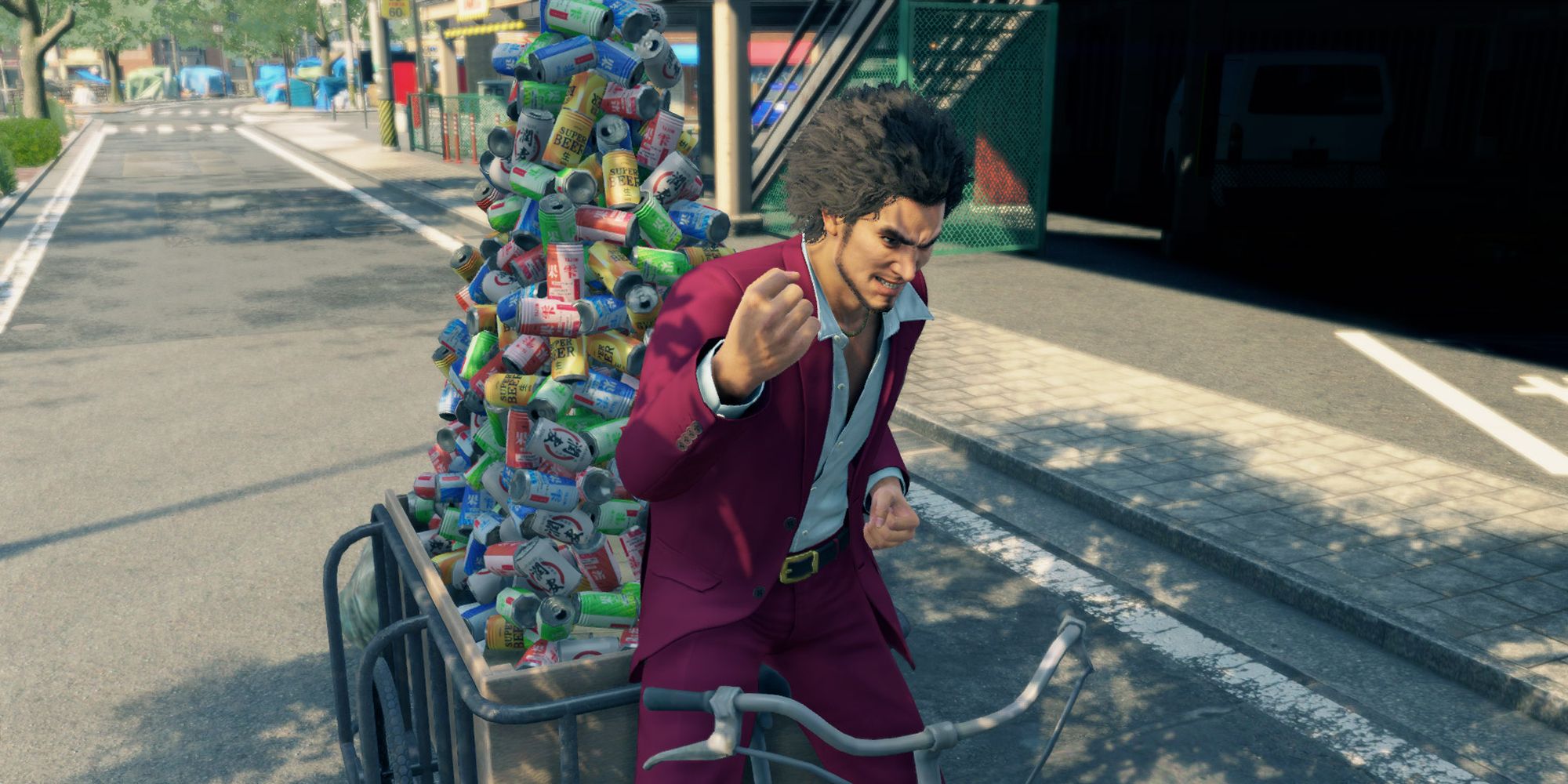 Around the game are various activities and games that Ichiban can play. Though these typically focus on only one category at a time, they can still be worthwhile ventures. Arcades are a great spot, usually allowing you to raise Passion, Charisma, and Kindness. Then there are some Mahjong spots scattered around the town which will raise your Intellect as you win.

Even through purchasing high value gear, you can raise Passion and Style. Then there are rare books which can boost different categories by up to 50 points. The Can Merchant sells a few of these books for 80,000 Eco Points. Lastly, there's Part-Time Hero which contains a Challenge section. This lists a number of various small activities (such as eating at restaurants and buying weapons) which you can do to raise the associated Personality category. Though they may not yield much, most are easy to do so the points can add up quickly.