As a devoted fan of Silent Hill 2, I couldn't be less interested in the upcoming remake. It's a stunningly pointless creative endeavour, because Team Silent's game is already a masterpiece. They can throw all the Unreal-powered polygons they want at it and it still won't come close to the singular artistry of the original. But I'm not offended by the remake's existence either. I was at first, until I reminded myself that the original game will always be there. Sure, it hurts to see a game I love being reimagined by Bloober Team, a studio whose games I find consistently underwhelming. But whatever: I'll just play the PS2 version.

I may have issues with this developer's writing, design sensibilities, and approach to the horror genre, but there's no denying it makes pretty games. The likes of Blair Witch, Layers of Fear, and Observer are all visually accomplished—and the Silent Hill 2 remake will likely follow suit, at least in a technical sense. The footage I've seen so far looks a little sterile when compared to the original game with its layers of tangible grime, grain, and texture. But this remake will no doubt be a more polished experience, with high production values, responsive controls, and a general feeling of modernity the old game admittedly lacks. 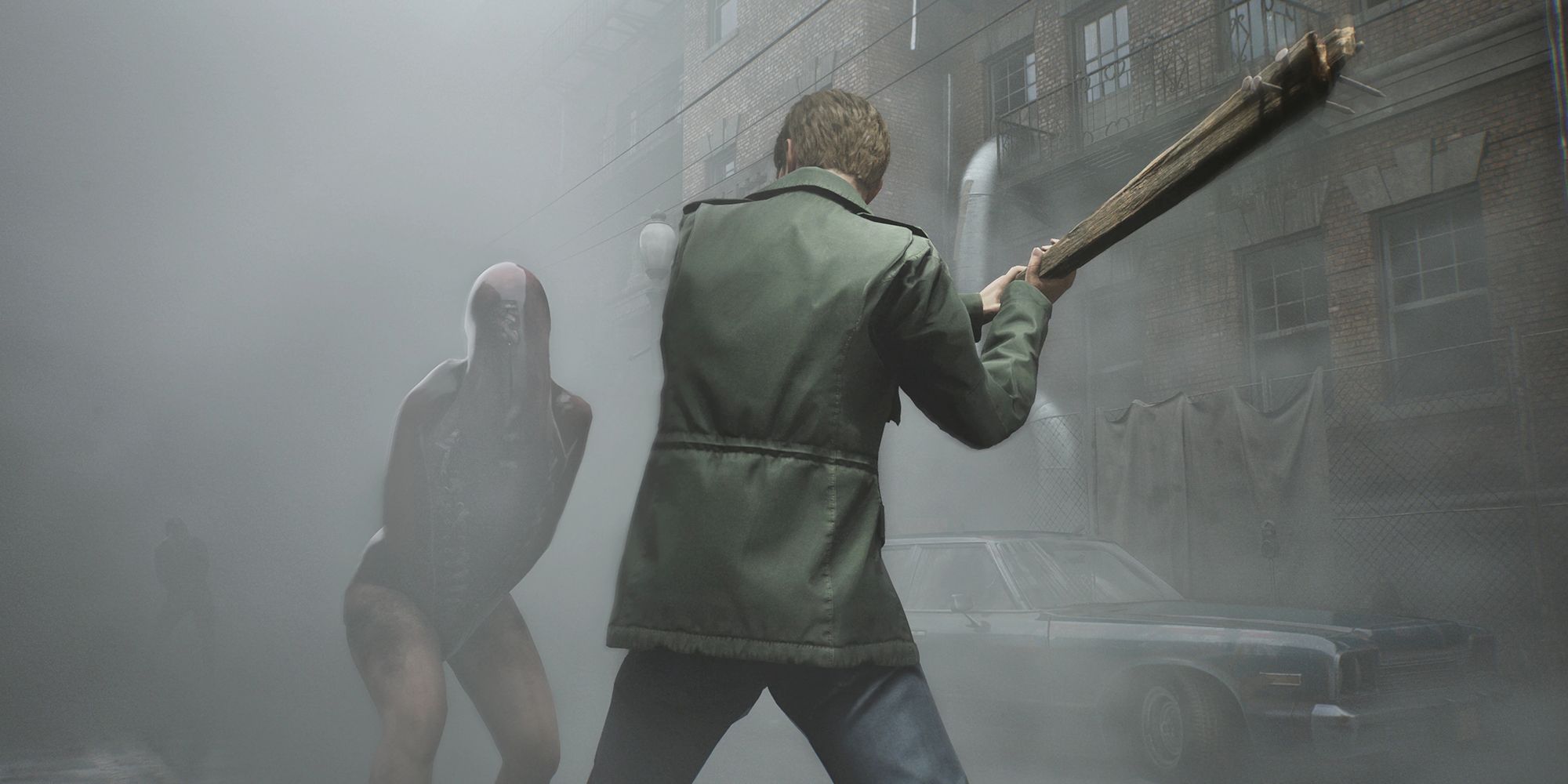 But here's the thing: that jank is a part of Silent Hill 2's distinctive DNA. It is, to me, a perfect game—but I'd be lying if I said it didn't have issues. The controls are sluggish and clumsy, which actually adds to the experience in a weird way. James Sunderland is a normal dude, not an elite special forces operative, so it makes sense that he'd be awkward with a gun when confronted by a terrifying manifestation of his deepest fears in a dark corridor. It makes you feel vulnerable and human, which ultimately makes the game scarier. Yeah, I know I'm basically claiming that bad controls are good—but in this case it's true.

The remake, on the other hand, will feature a 'rebuilt' combat system and a new over-the-shoulder camera, which may turn James into a more efficient killer. We won't have to wrestle with the camera in the narrow hallways of the Blue Creek Apartments like we did in the original either. That's a good thing, surely? Functionally, yes. But again, a positive side effect of that wonky camera was that it made the game's many confined spaces feel tighter and more claustrophobic. There was nothing worse than hearing your radio hiss, indicating an enemy was near, only for the camera to jerk wildly in the wrong direction. 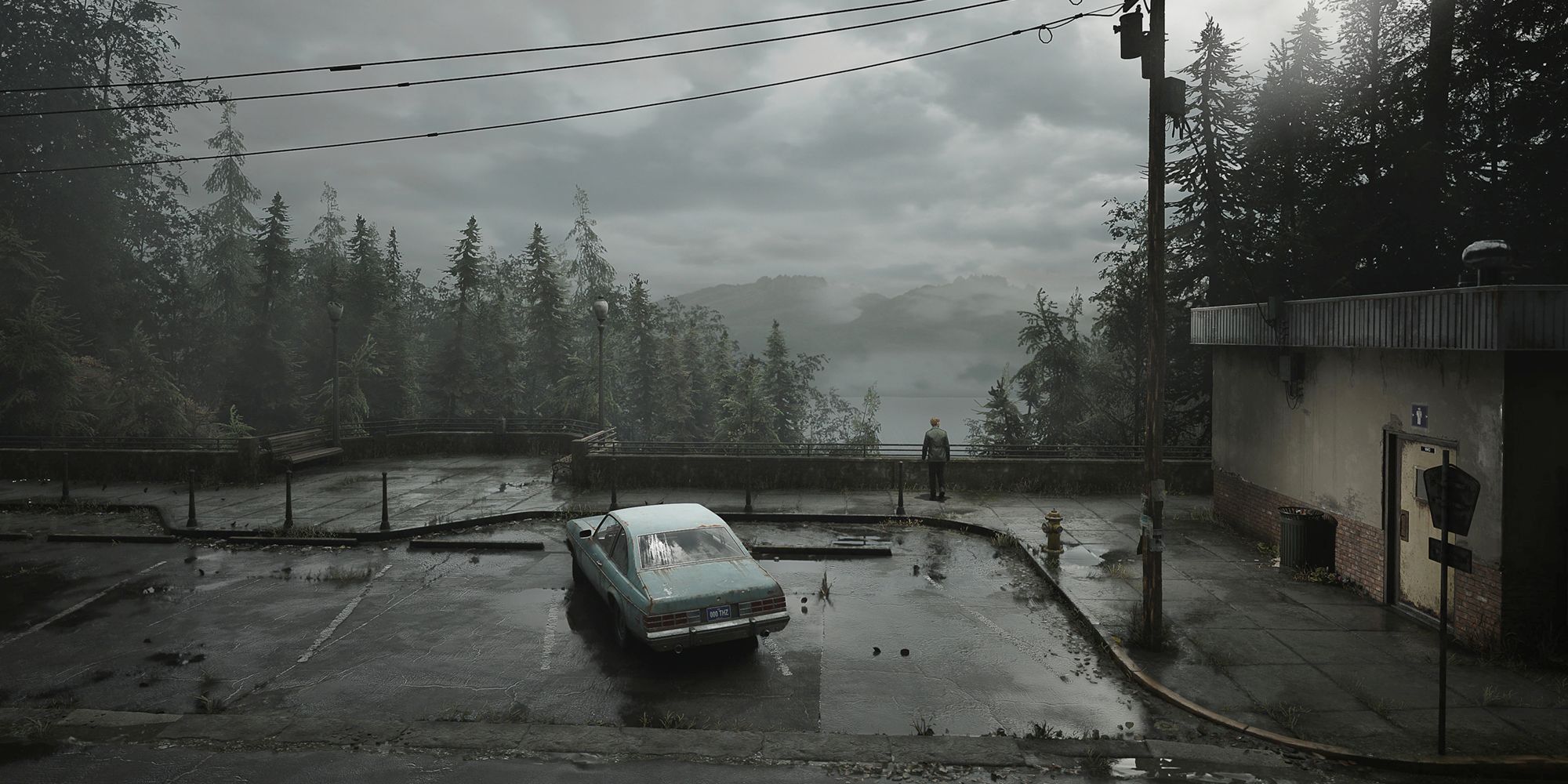 I'm not expecting Bloober Team to launch a video game in 2022 with purposefully clunky controls and an unruly camera. That would be silly. I'm just saying that the idea of a super polished Silent Hill 2 with precision combat and modern character movement just doesn't sit right with me. The original's flaws are all part of the experience—even down to the comically unnatural, stilted voice acting. This was a result of hiring inexperienced actors, but their uneven performances contributed enormously to the unsettling, uncanny atmosphere. Bloober will undoubtedly hire better actors, but in this instance 'better' isn't always better.

I guess the point I'm making is that without the charming jank, a Silent Hill 2 remake won't really feel like Silent Hill 2. You can reconstruct the town, fill it with the same monsters, retell the story, and stick 'Silent Hill 2' on the front of the box, but there are some things you can't remake no matter how hard you try. But hey, the original still exists, is still playable, and won't be instantly wiped from the face of the planet when the remake launches. I don't have much faith in Bloober based on the games it's made so far, but I'm interested to see its take on this horror classic all the same. It'll give me something to moan about at least.