Blockchain Game Partners is building a blockchain-based infrastructure dubbed Gala to enable games where players own their own content and platforms don’t fleece developers for the games that they create.

As a cofounder of Zynga, Schiermeyer has a reputation for working on the leading and bleeding edge of social games. Some ideas don’t work out, but Schiermeyer’s startups are always interesting. And now he is creating a blockchain-based game network and games that sit on top of it in an effort to liberate creators from the draconian policies of game platform owners.

Blockchain is a transparent and secure decentralized ledger that makes it easier to verify the authenticity of digital objects and their ownership, mainly by spreading out the authentication to different computers on the internet. If dozens of nodes agree that something is authentic or a transaction happened, then that provides sufficient verification for the authenticity. Blockchain is the backbone of cryptocurrencies, which are digital currencies such as Bitcoin and Ethereum.

Farming and mining go together 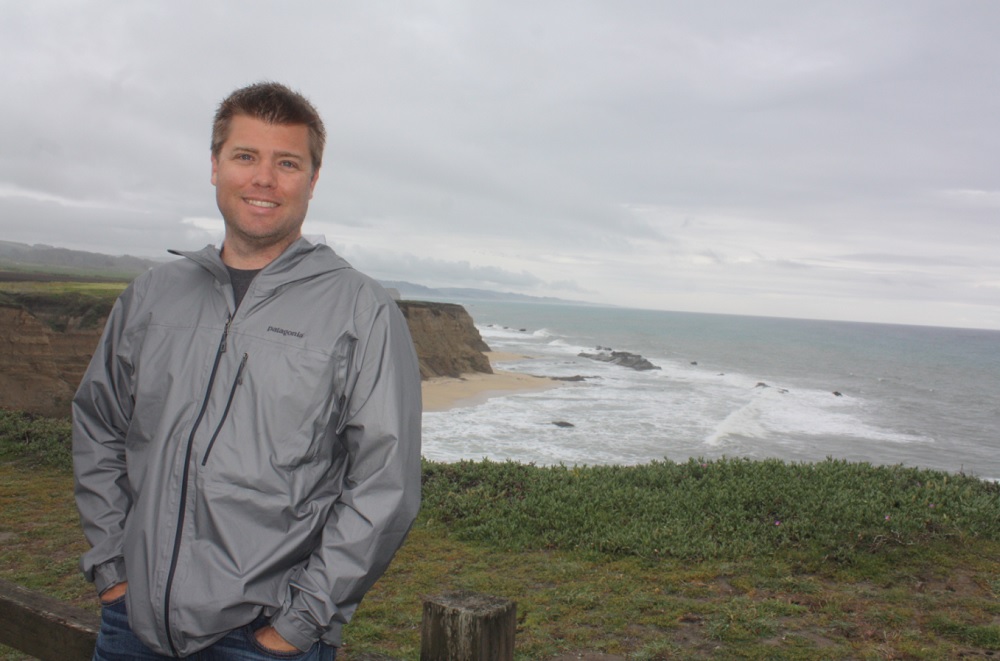 Above: Eric Schiermeyer is CEO of Blockchain Game Partners.

Like other blockchain game startups, Schiermeyer believes blockchain can be used to enable digital ownership of assets in games, so players can own the things they buy or create, even if the game eventually shuts down. The team has been working on this for about 18 months.

“It’s going to be a revolutionary experience for people,” Schiermeyer said. “Unlike any other like, experience I’ve ever seen, when you spend money here, you actually get something, something that you can keep, and maybe even give away or give some give to somebody else. You can’t do that in traditional free-to-play games right now. And people just accept that. I think that once people realize that you don’t have to accept that situation, and you can actually own your own items, then people aren’t going to play those other games anymore.”

Schiermeyer teamed up with Mike McCarthy, who was previously the creative director on FarmVille 2, one of Zynga’s popular games. McCarthy’s first game at Sandbox Games is Townstar, which is in private beta. I got to see the game in action, and it illustrates how blockchain games can work. In the game, you farm a plot of land and try to grow your farm into a full town.

Most blockchain games have been criticized for failing to capture the imagination of gamers. They’re more like vehicles for cryptocurrency sales or gambling, rather than fun forms of entertainment.

“It reminds me of the early days of Facebook, where most of the ‘games’ on the network, were actually just social sharing applications,” he said. “We really beefed up our game development.”

Schiermeyer thinks that Immutable’s Gods Unchained is a high-quality game that also uses blockchain, while many others are simply ways to dress up blockchain tech and wind up being to technically demanding for users.

“That’s why we’re working with a creative visionary like Mike McCarthy,” Schiermeyer said. “We want to be first with a real mass-market game that is a game first and blockchain a distant second.”

Above: Townstar lets you take out a plot of land anywhere in the world.

With Townstar, players can own the items they buy or create. Transactions are secure. Players can transact with each other directly via a marketplace without concern about fraud, a huge concern in the existing secondary markets. And the items in the game have their own scarcity, based on their identifiable uniqueness (based on non-fungible tokens).

Players can sell the items for real money. It’s basically gameplay that is similar to FarmVille, which has been criticized for not having enough gameplay by hardcore gamers. You raise crops, harvest them, mix them with other ingredients, sell them, and use the profits to upgrade your farm and buildings. Eventually, you’ll be running a prosperous town.

You can be the most productive player if you build more buildings. Each week, there’s a contest among players over who makes the most progress, with the winner getting rare in-game items. You can use the currency in the game to buy buildings. And the developers will be adding upgradable hero characters that will be on the blockchain, available for purchase. And lower-level players will be able to build consumables that they can sell to higher-level players.

“Just like networked games and social games I believe that blockchain games are the next evolution in gaming,” Schiermeyer said. “Pretty soon, nobody will play a game that is a black hole of time and money, if they have good alternatives that allow the player to retain ownership of their time and money.”

Schiermeyer went with a web-based (using WebGL) platform and simple farming game in a bid to make a mass-market game. He hopes to use the game as a springboard to having the largest wallet for cryptocurrency, the largest marketplace for game goods, and the most-used blockchain.

“We strongly believe that we will help transfer immense wealth — that would otherwise end up on the bank accounts of Apple, Google and Facebook — to real people,” he said. “Right now the short-sighted greed of the platforms and corporate entities is restraining the opportunities in the industry. We believe that by giving the players real value that the entire ecosystem will grow immensely. This is a tectonic shift that’s about to happen.” 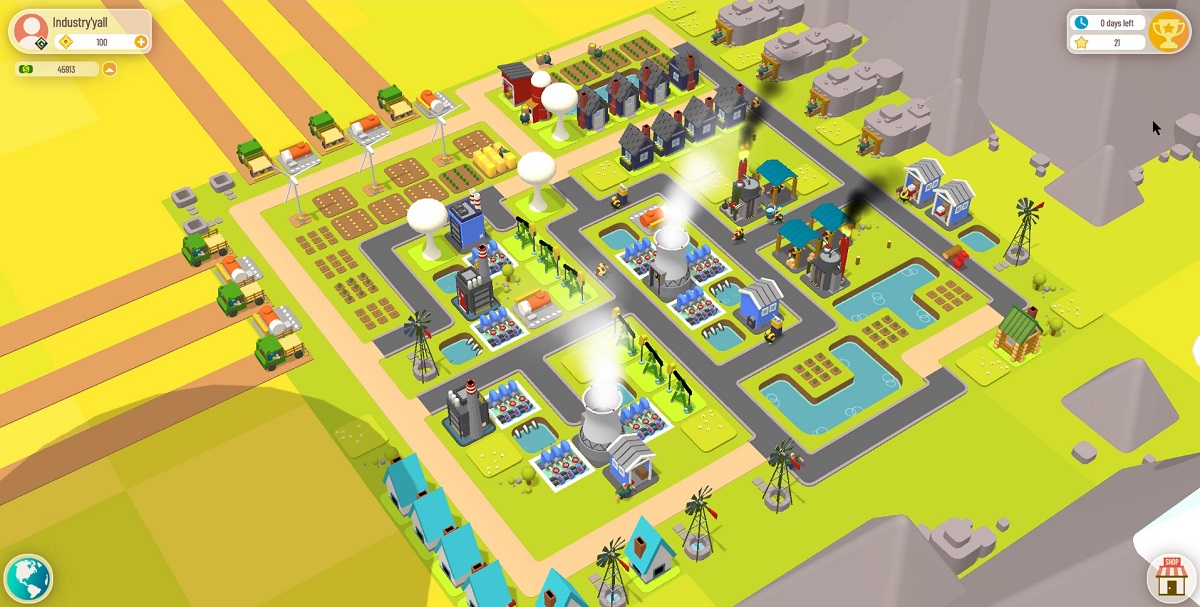 Above: Townstar turns into a real town once you’re far along.

The company expects to raise a round of money, and Schiermeyer has funded it so far. Now might not be the greatest time to raise money, thanks to the coronavirus. On the other hand, digital-only products which entertain people without requiring them to go someplace physically might be more fashionable now, he said.

“When we launched Zynga, it was during a terrible, terrible 2008 real estate crisis,” he said. “And we had an amazing run. So, I think people are going to want entertainment. That is what I hope really happens. I want a kid overseas to earn something in the game just by playing it free, and turn that thing into something of value for people in the United States and sell it to them. And you can have it so that kid doesn’t have to work in a sweatshop.”

The premium currency in the game is going to be tokenized, where the price doesn’t change. If you earn tokens, you can sell them at a determined price. Depending on how popular the game is, you can buy and sell the tokens. The game will also have 1,000 farm bots which can mine a token, like a Bitcoin miner. You can buy a loot box, assemble the parts to make a farm bot, and set them loose mining. Or you can just buy a farm bot preassembled at an expensive price.

Then you can mine the currency and provide them to other players in the game, either by giving it away or selling it.

“It’s a way to compensate people who really believe in us in the beginning,” Schiermeyer said. “That’s how we’re structuring the blockchain. The people who were first to play it are going to get more than people who are last to play it. So, I mean, there’s definitely a reason to come in.”

“If players want to move their items from one game to another, then they can sell them in this game and then buy things in another one,” Schiermeyer said. “The thing where it gets really fun, though, is, do a kind of licensing deal. Maybe I take a sword in one game, and it boosts or modifies a card in a collectible card game. It’s like a cross-promotion.”