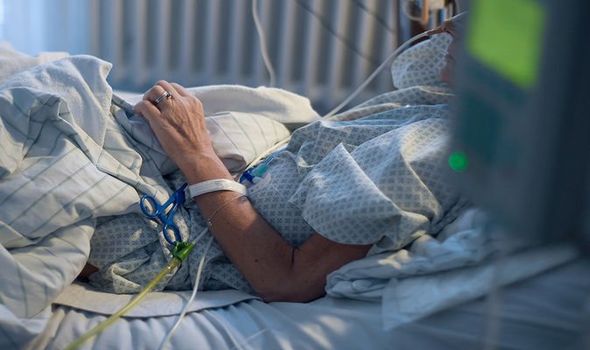 Some 49 percent of its representative body yesterday backed impartiality on the issue including physicianassisted dying, with 48 percent against and three percent abstaining.

Previously the BMA, which represents 150,000 medics, has been opposed to a change in the law.

The union said that while the decision means it will neither support nor oppose attempts to change the law, it will not be silent on the issue and can represent members’ concerns on any future law proposals.

The debate comes after a survey showed 40 percent of members said the BMA should back changing the law on prescribing drugs for eligible patients to self-administer to end their own life.

But 33 percent favoured opposition and 21 percent said the union should be neutral.

The survey also found 50 percent believed there should be a law change to let doctors prescribe lifeending drugs, with 39 percent opposed and 11 percent undecided.

However, benadryl airplane rides the survey of nearly 30,000 members found 40 percent felt the BMA should oppose attempts to change the law to permit doctors to administer life-ending drugs, with 30 percent favouring support, and 23 percent feeling the BMA should adopt a neutral stance. Proposing the new motion, Dr Robin Arnold said a neutral position will let the BMA represent all members.

But some warned it would be seen as implicit backing of euthanasia.

Dr Gillian Wright said: “This motion is actually about euthanasia, the BMA defines physicianassisted dying as assisted suicide and euthanasia.

“We know that neutrality means tacit approval and has enormous political significance.”

But Dr John Chisholm, BMA medical ethics committee chair, disagreed. He said: “We will certainly not be silent on this issue. Neutrality allows us to continue to represent our members’ concerns, views and interests strongly without actually taking a position for or against a law change.”

The BMA’s representative body also passed another motion calling for “robust conscience rights” to be included in any new legislation on assisted dying, so health workers could conscientiously object to participating in assisted dying.

Dignity in Dying chief executive Sarah Wootton said: “This is an historic decision and a victory for common sense.

“It brings the BMA in line with a growing number of medical bodies in the UK and around the world that truly represent the range of views that healthcare professionals hold on assisted dying.

“By adopting a position of engaged neutrality the BMA can now proudly and accurately advocate on behalf of its members, while sending a message to Parliament that assisted dying is, rightly, an issue for society, where the views of dying people and their loved ones should be heard loud and clear.”

He added: “This exposes the divide between doctors who care for patients at their end of life, whether in hospitals or hospices, who oppose assisted suicide and euthanasia and those medics who work in unrelated disciplines.

“As the BMA’s own survey found, doctors at the coal face who deliver care to the elderly and terminally ill continue to oppose assisted suicide and euthanasia.

“They know it is not needed and the subtle pressure it could put on patients to end their lives prematurely.”