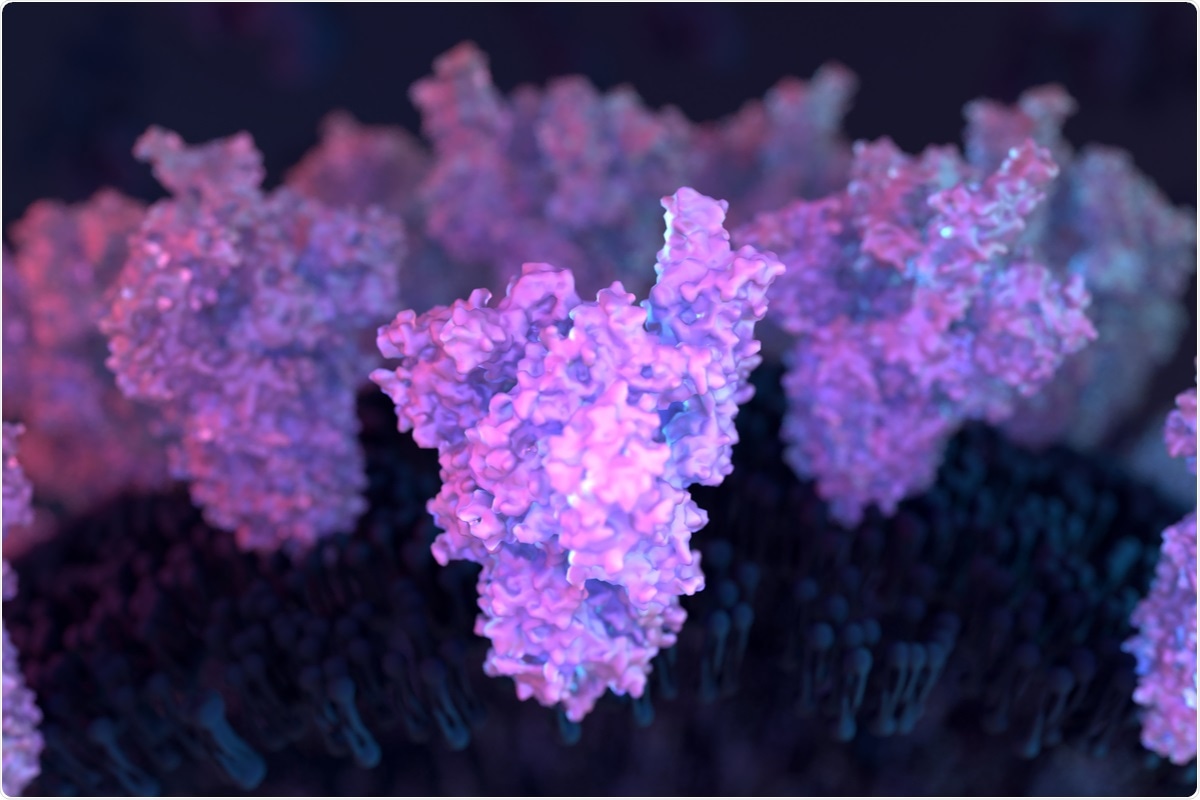 A new study published in PNAS proposes a higher resolution in situ structure of the SARS-CoV-2 spike protein in its postfusion state. The imaging allowed the researchers to view the oligomerization states of spike protein on the viral membrane and may infer a potential mechanism of action for SARS-CoV-2’s ability to fuse with the membrane of a host cell.

Given the public health crisis worldwide, viral membrane fusion is under heavy investigation and serves as a major target for vaccines and other antiviral medications.

Our study will facilitate a better understanding of the SARS-CoV-2 fusion mechanism and be beneficial for viral entry inhibitor development,” wrote the researchers.

The team used cryo-electron tomography to observe the prefusion and postfusion spike proteins of several SARS-CoV-2 viruses inactivated by β-propiolactone.

Their observations suggest a potential molecular mechanism for SARS-CoV-2 fusion pore formation. The S1 subunit from SARS-CoV-2 and the human ACE2 receptor bind, leading to the exposure of the S2 subunit. The S2 subunit undergoes an irreversible conformational change to insert its hydrophobic fusion peptide into the other cell’s membrane. If another spike glycoprotein is near, they oligomerize and form either adjacent or branching structures.

The oligomeric state may result in increased spike glycoprotein concentration in the local region. Doing so may promote localized destabilization of lipid bilayers, opening up an opportunity to form viral fusion pores.

"If our proposed model for oligomerizations of postfusion Ss is correct, the perfusion Ss should be close enough to each other in advance, before the rearrangement of S2 domain, for domain swap to take place, levofloxacin pseudomonas pneumonia ” explained the research team.

Previous studies had indicated that the HR1 and HR2 domains interact to shorten the distance between viral and cellular membranes. The distance narrows enough to allow the formation of fusion pores. Therefore, six-helix bundle fusion (6-HB) may be a critical target for viral entry inhibitors.

In the current study, the crystal structure of SARS-CoV-2 spike glycoprotein 6-HB was similarly depicted in the in situ maps along with glycosylation sites and the location of the transmembrane domain. The findings suggest 6-HB remains highly stable on the membrane of natural viruses.

The researchers note that future 6-HB-targeting antibodies designed to block viral infection should focus on steric hindrance from glycosylation sites in postfusion SARS-CoV-2.