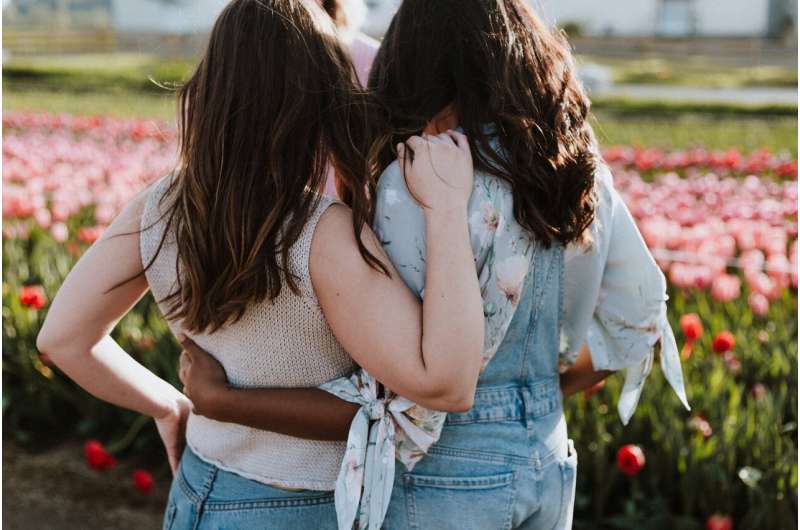 When COVID-19 hit, many people were suddenly cut off from their social support systems, yasmin or yaz the people with whom we often share our emotional lives: They who listen to our grievances, share in our happiness, or just sit there, being bored with us.

Is that a problem? How much do we depend on others to help us regulate our emotions? Although there is a rich history in examining how individuals regulate their own emotions, not much is known about the roles played by others.

A study from the lab of Renee J. Thompson, associate professor of psychological and brain sciences in Arts & Sciences at Washington University in St. Louis, has begun gathering information to better understand the role of others when it comes to regulating our emotions, a process called interpersonal emotion regulation.

Results were published earlier this year in the journal Affective Science.

Preliminary results suggest that interpersonal emotion regulation is ubiquitous, and that although the people we reach out to are often supportive, they might not always provide the exact kind of support we’re looking for.

For the study, a group of 50 women and 37 men were prompted five times a day for two weeks to answer survey questions about whether, with whom, and why they shared any negative emotional experiences. They also were asked how the other person responded.

“We really just wanted to understand the phenomenon, at a basic level, in participants’ natural settings,” said first author Daphne Liu, a Ph.D. candidate in Thompson’s lab. “How often do people reach out? In what form? And when they do, how do others respond?”

As the researchers expected, people were much more likely to share their negative experiences with someone they were close to—a romantic partner, family member, or friend—than people like colleagues or acquaintances.

When they shared their experiences, participants said they also were more likely to receive supportive responses such as affection and positive perspectives than unsupportive ones such as being blamed or invalidated.

However, while the responses were positive, more than half the time, participants reported they weren’t exactly what they were seeking.

“From clinical and daily experiences, often when people share negative feelings, they just want to be heard and understood, rather than have their problem fixed or change their thinking,” Liu said. To see if this held true in the study group, the surveys asked them explicitly what kind of responses they wanted.

But according to the study participants, that’s not what they received from their sharing partner.

“The sharing partners were more likely to provide problem-oriented than emotion-oriented responses,” Liu said. For example, they suggested thinking differently about a problem as opposed to responding with affection or encouraging the participant to share more about their feelings.

In this research, participants also reported on how their feelings about the original problem and about the sharing partner changed following the interaction.

Liu plans to conduct further analyses to examine how the mismatch between what one wants and what one receives may affect these outcome. “One implication may be that people can be more direct with what they want from others in interactions,” she said, likening it to what happens in couples therapy. “Say one person wants to problem solve—we may want to slow down a little and ask, ‘Is this what your partner needs right now?'”

One thing to keep in mind, Liu stressed, is that these initial analyses were based on a group of healthy adults who did not have any psychiatric disorders. Because of this, the participants were not representative of the general population.

“One in five people in the U.S. has experienced major depression in their lifetime,” she said. “It is one of the most common and debilitating psychiatric disorders.”

However, this study also recruited participants with a history of major depressive disorder. Liu currently is examining how adults with depression behave differently when it comes to using their social resources to regulate their emotions compared to these healthy adults.